A correction was made to: Preparation of 2-dGuo-Treated Thymus Organ Cultures. A revised abstract was republished due to a publisher error. The abstract was corrected to:

In the thymus, interactions between developing T-cell precursors and stromal cells that include cortical and medullary epithelial cells are known to play a key role in the development of a functionally competent T-cell pool. However, the complexity of T-cell development in the thymus in vivo can limit analysis of individual cellular components and particular stages of development. In vitro culture systems provide a readily accessible means to study multiple complex cellular processes. Thymus organ culture systems represent a widely used approach to study intrathymic development of T-cells under defined conditions in vitro. Here we describe a system in which mouse embryonic thymus lobes can be depleted of endogenous haemopoeitic elements by prior organ culture in 2-deoxyguanosine, a compound that is selectively toxic to haemopoeitic cells. As well as providing a readily accessible source of thymic stromal cells to investigate the role of thymic microenvironments in the development and selection of T-cells, this technique also underpins further experimental approaches that include the reconstitution of alymphoid thymus lobes in vitro with defined haemopoietic elements, the transplantation of alymphoid thymuses into recipient mice, and the formation of reaggregate thymus organ cultures. (This article is based on work first reported Methods in Molecular Biology 2007, Vol. 380 pages 185-196).

In the thymus, immature CD4+8+ thymocytes expressing randomly rearranged T-cell receptor α- and b-chain genes undergo positive and negative selection events based on their ability to recognize self-peptide/major histocompatibility complex (MHC) molecules expressed by thymic stromal cells. In vivo analysis of the role of thymic stromal cells during intrathymic selection is made difficult by the cellular complexity of the thymic microenvironment in the steady-state adult thymus, and by the lack of appropriate targeting strategies to manipulate gene expression in particular thymic stromal compartments. We have shown that the thymic microenvironment can be readily manipulated in vitro through the use of reaggregate thymus organ cultures, which allow the preparation of three-dimensional thymus lobes from defined stromal and lymphoid cells. Although other in vitro systems support some aspects of T-cell development, reaggregate thymus organ culture remains the only in vitro system able to support efficient MHC class I and II-mediated thymocyte selection events, and so can be used as an effective tool to study the cellular and molecular regulation of positive and negative selection in the thymus. 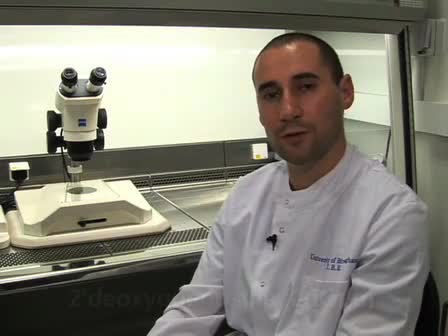