Column chromatography is one of the most useful techniques for purifying compounds. This technique utilizes a stationary phase, which is packed in a column, and a mobile phase that passes through the column. This technique exploits the differences in polarity between compounds, allowing the molecules to be facilely separated.1 The two most common stationary phases for column chromatography are silica gel (SiO2) and alumina (Al2O3), with the most commonly used mobile phases being organic solvents.2 The solvent(s) chosen for the mobile phase are dependent on the polarity of the molecules being purified. Typically more polar compounds require more polar solvents in order to facilitate the passage of the molecules through the stationary phase. Once the purification process has been completed the solvent can be removed from the collected fractions using a rotary evaporator to yield the isolated material.

The sample mixture is placed on the top of the column and absorbed onto the top of the stationary phase. Subsequently, the mobile phase is applied to the column and used to elute the mixture through the stationary phase. Column chromatography exploits a molecule's polarity to separate the compounds. The difference in polarity leads to variances in the rate at which the molecules travel through the column, which effectively separates the compounds from one another. The mobile phase is collected in small fractions in test tubes as it elutes off the column, thus allowing for the isolation and purification of the compounds. Lastly, the solvent is removed using a rotary evaporator to yield the isolated compound(s).

2. Preparation of the Column 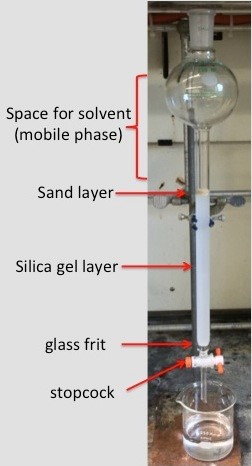 Figure 1. The proper setup for a column chromatography experiment prior to the addition of the sample.

3. Adding the Sample to the Column

4. Eluting the Sample through the Column

Column chromatography is a versatile purification method used to separate compounds in a solution. A solution mixture is carried by a solvent through a column containing an adsorbent solid, called the stationary phase. The combined solvent and sample mixture is called the mobile phase.

Molecules in the mobile phase travel through the column at different rates based on their chemical properties and their affinity for the stationary phase. Thus, each compound exits the column at a different time. Once the compounds have been separated and purified they can be further processed or are ready for distribution. This video will introduce the basics of column chromatography, then demonstrate the technique with the purification of organic compounds.

To begin the procedure, obtain the equipment as noted in the text. Weigh a round-bottomed flask for each compound to be isolated and record the mass. Next, weigh the sample and dissolve it in the minimum volume of solvent needed. The appropriate solvent should be predetermined using thin layer chromatography. The Rf value should be between 0.2–0.3. Then, determine the amount of silica gel required for the stationary phase based on the dry weight of the sample and the difference in migration distance of the compounds of interest based on the TLC pre-screening. Pour the appropriate amount of silica gel into an Erlenmeyer flask. Add the solvent to the silica gel until the slurry is translucent and moves freely when the flask is swirled. Next, select a column large enough that the silica gel will fill it halfway. If the column does not have a glass frit, place glass wool into the column and firmly press it to the bottom with a long rod. Cover the glass wool with about 2 cm of sand to prevent silica from passing through the glass wool. In a fume hood clamp the column to a ring stand, allowing sufficient space below to accommodate the test tubes.

Place an Erlenmeyer flask under the column. Open the stopcock and allow the solvent to drain into the flask until the solvent level is just above the silica gel, and then close the stopcock. Pour about 2 cm of sand onto the gel. Gently rinse down any sand stuck to the sides of the column with solvent. Drain the solvent as needed so the sand is mostly dry, but the silica remains completely covered.

To start the separation, add the sample to the column without disturbing the sand. Use small portions of solvent to rinse down any sample adhering to the column walls and to rinse out the sample container. Carefully drain the solvent until the level is just above the silica. Then, with a pipette, gently add 4–5 mL of solvent without disturbing the sand layer. Place a funnel into the column and slowly fill with solvent. Remove the flask and replace with a labeled test tube. With the first test tube in place, open the stopcock and collect the eluate until the test tube is nearly full.

Continue collecting fractions until all desired compounds have been eluted, proceeding sequentially through the labeled test tubes. When finished, close the stopcock.

This sample contained a mixture of tetraphenylporphyrin, or TPP, and fluorenone. The dark reddish-purple TPP was eluted first, followed by the yellow fluorenone. The purity of each isolated compound was confirmed by NMR spectroscopy.

Column chromatography is used in purification and analysis in a variety of scientific fields.

High performance liquid chromatography, or HPLC, is a form of column chromatography that provides excellent separation between compounds and can incorporate specialized detectors such as a radiation detector for radiolabeled molecules. Using HPLC, a radiolabeled phospholipid can easily be isolated from a mixture of many others even if it makes up a small percent of the mixture. This information can help elucidate the production, regulation, and functions of many important biomolecules.

Flash chromatography is a variant of column chromatography in which the mobile phase moves through the column under air or gas pressure rather than by gravity flow alone.

This creates a faster flow rate, minimizing diffusion for better separation. The desired compound is collected in a few pure, concentrated fractions, as shown with thin layer chromatography, resulting in excellent post-purification yield and purity.

The usual column apparatus is not appropriate for separating small volumes, but some mixtures are not compatible with specialized techniques such as HPLC. Small-scale purification is performed with glass pipette columns, with a pipette bulb used for small-scale flash chromatography. This is particularly useful when preparing a sample for specialized purification techniques or as a final step following large-scale purification.

The sample containing a mixture of tetraphenylporphyrin (TPP, 5 mg) and fluorenone (45 mg) has been successfully separated and each compound has been isolated. The TPP eluted first off the column as a dark purple-reddish band and the fluorenone subsequently eluted off the column as a yellow band (Figure 2). The eluted fractions were collected in test tubes and identified by their distinctive colors (Figure 3). The fractions containing the isolated compounds were merged into separate RBs and the solvent was removed using a rotary evaporator to afford highly pure TPP and fluorenone. The purity of the chromatographed compounds was validated by nuclear magnetic resonance (NMR) spectroscopy. Compounds can additionally be verified by melting point, but only if the melting point for the desired compound(s) has been previously determined.

Figure 2. As the compounds traverse through the stationary phase they begin to separate. In this experiment the TPP (dark purple-reddish band) travels through the column slightly faster than the fluorenone (yellow band). 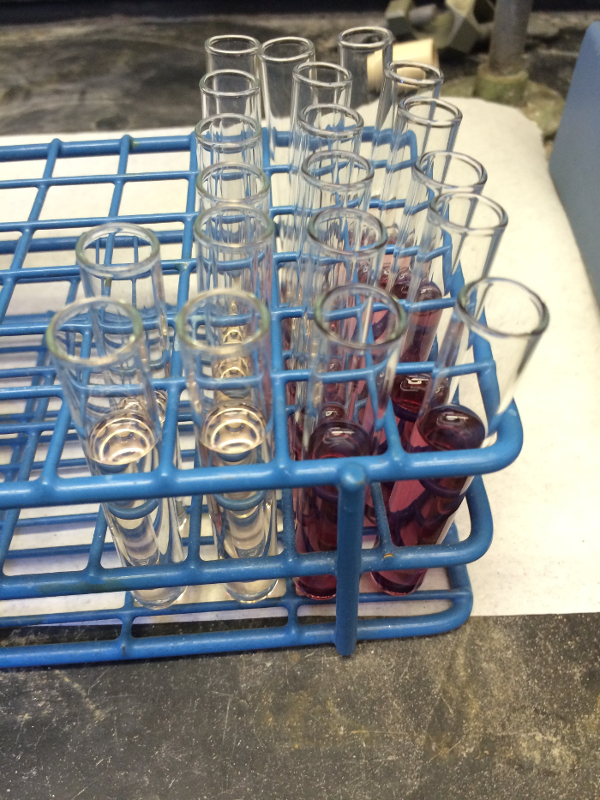 Figure 3. As the compounds elute off the column they are collected in test tubes. The compounds being separated in this experiment are colored, so they can be visually identified.

The pharmaceutical industry routinely uses column chromatography to purify compounds as part of its early stage drug development process.3 Often in these preliminary stages researchers will construct libraries of compounds around a lead compound, then subsequently use column chromatography to purify the newly synthesized compounds.4 The extensive use and versatility of this purification technique has prompted educators to incorporate the technique into the undergraduate curriculum.5,6 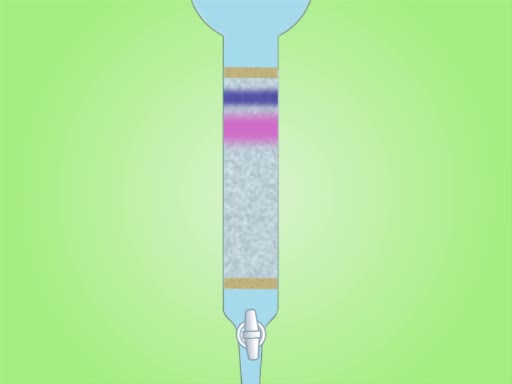