A Pitot-static tube is widely used for measuring unknown speeds in air flow, for example, it is used to measure airplane airspeed. By Bernoulli's principle, airspeed is directly related to variations in pressure. Therefore, the Pitot-static tube senses the stagnation pressure and static pressure. It is connected to a manometer or pressure transducer to obtain pressure readings, which allows airspeed prediction.

where the stagnation pressure, Po, is the pressure if the flow speed is reduced to zero isentropically, the static pressure, Ps, is the pressure the surrounding fluid is exerting on a given point, and the dynamic pressure, Pd, also called ram pressure, is directly related to the fluid density, ρ, and flow speed, V, for a given point. This equation only applies to incompressible flow, such as liquid flow and low-speed air flow (generally less than 100 m/s).

From the above equation, we can express flow speed, V, in terms of pressure differential and fluid density as:

In the 18th century, French engineer Henri Pitot invented the Pitot tube [1], and in the mid-19th century, French scientist Henry Darcy modified it to its modern form [2]. In the early 20th century, German aerodynamicist Ludwig Prandtl combined the static pressure measurement and Pitot tube into the Pitot-static tube, which is widely used today.

A schematic of a Pitot-static tube is shown in Figure 1. There are 2 openings in the tubes: one opening faces the flow directly to sense the stagnation pressure, and the other opening is perpendicular to the flow to measure the static pressure.

Figure 1. Schematic of a Pitot-static tube.

where Δh is the height difference of the manometer, ρL is the density of the liquid in the manometer, and g is the acceleration due to gravity. Combining equations 2 and 3, the flow speed is predicted by:

2. Investigate the accuracy of Pitot-static tubes with a positive angle of attack.

Unknown speeds in an airflow, for example, the air speed of an aircraft, are typically measured using a pitot-static tube. The pitot-static tube is based on Bernoulli's principle, where the increase in speed of a fluid is directly related to pressure variations.

As the fluid speed increases, it exerts static pressure on the surroundings as well as forces due to the velocity and density of the fluid. These forces are measured as the dynamic pressure, which is directly related to the fluid density and fluid velocity.

So how do we measure the stagnation and static pressures in order to determine delta P and therefore velocity? This is where the pitot-static tube comes in.

A pitot-static tube has two sets of openings. One opening is oriented directly into the airflow, while a second set of openings is perpendicular to the airflow. The opening facing the flow senses the stagnation pressure, and the openings perpendicular to the flow sense the static pressure. The pressure differential, delta P, is then measured using either a pressure transducer or a fluid manometer.

A fluid manometer is a U-shaped tube containing a liquid. At ambient pressure, where delta P equals zero, the fluid in the manometer is level at an initial height. When the manometer experiences a pressure differential, the manometer fluid height changes, and we can read the change in height as delta h.

In this experiment, you will measure different wind speeds in a wind tunnel using a pitot-static tube and a fluid manometer. You will then calculate the percent error in the air speed measurements collected using a misaligned pitot-static tube.

For this experiment, you will need access to an aerodynamic wind tunnel with a test section of 1 ft by 1 ft and a maximum operating air speed of 140 mph. You will also need a pitot-static tube and a manometer filled with colored oil, but marked as water-inch graduations.

Repeat this procedure, increasing the wind speed, in increments of 10 mph, until the wind speed reaches 130 mph. Record the height difference on the manometer for each wind speed. Then, stop the wind tunnel and open the test section.

The air density, water density, and gravitational acceleration are known. Using the manometer height difference for each wind tunnel air speed at zero angle of attack, calculate the air speed measured by the pitot-static tube. As you can see, the percent error is quite small, showing that the pitot-static tube can predict air speed accurately, with error introduced from wind tunnel air settings, manometer readings, and other instrument errors.

Now, calculate the air speed at various angles of attack when the wind tunnel was operated at 100 mph. As you can see, the calculated air speeds are quite close to what is expected.

The percent difference is calculated by comparing the calculated air speed to the air speed measured at zero angle of attack. All differences are below 4% for the angles measured, showing that the pitot-static tube is generally insensitive to misalignment with the flow direction.

Representative results are shown in Table 1 and Table 2. The results of the experiment are in good agreement with the actual wind speed. The Pitot-static tube accurately predicted the airspeed with a maximum percentage of error of approximately 4.2%. This can be attributed to errors in setting the wind tunnel airspeed, errors reading the manometer and instrument errors of the Pitot-static tube.

Table 2. Calculated airspeed and error based on manometer reading at various angles of attach.

In Table 2, the percentage error is compared against the zero-angle case in Table 1. The results indicate that the Pitot-static tube is insensitive to misalignment with flow directions. The highest discrepancy occurred at an angle of attack of about 20°. A 3.35% error was obtained with respect to the zero angle reading. As the angle of attack increased, both the stagnation and static pressure measurements decreased. The two pressure readings tend to compensate each other so that the tube yields velocity readings that are accurate to 3 - 4% for angles of attack up to 30°. This is the chief advantage of the Prandtl design over other types of Pitot tubes.

Airspeed information is critical to aviation applications, such as for aircraft and drones. A Pitot-static tube is typically connected to a mechanical meter to show the airspeed at the front panel in the cockpit. For commercial aircraft, it is also connected to the onboard flight control system.

In industry, the airspeed in duct and tubing can be measured with Pitot tubes where an anemometer or other flow meters would be difficult to install. The Pitot tube can be easily inserted through a small hole in the duct. 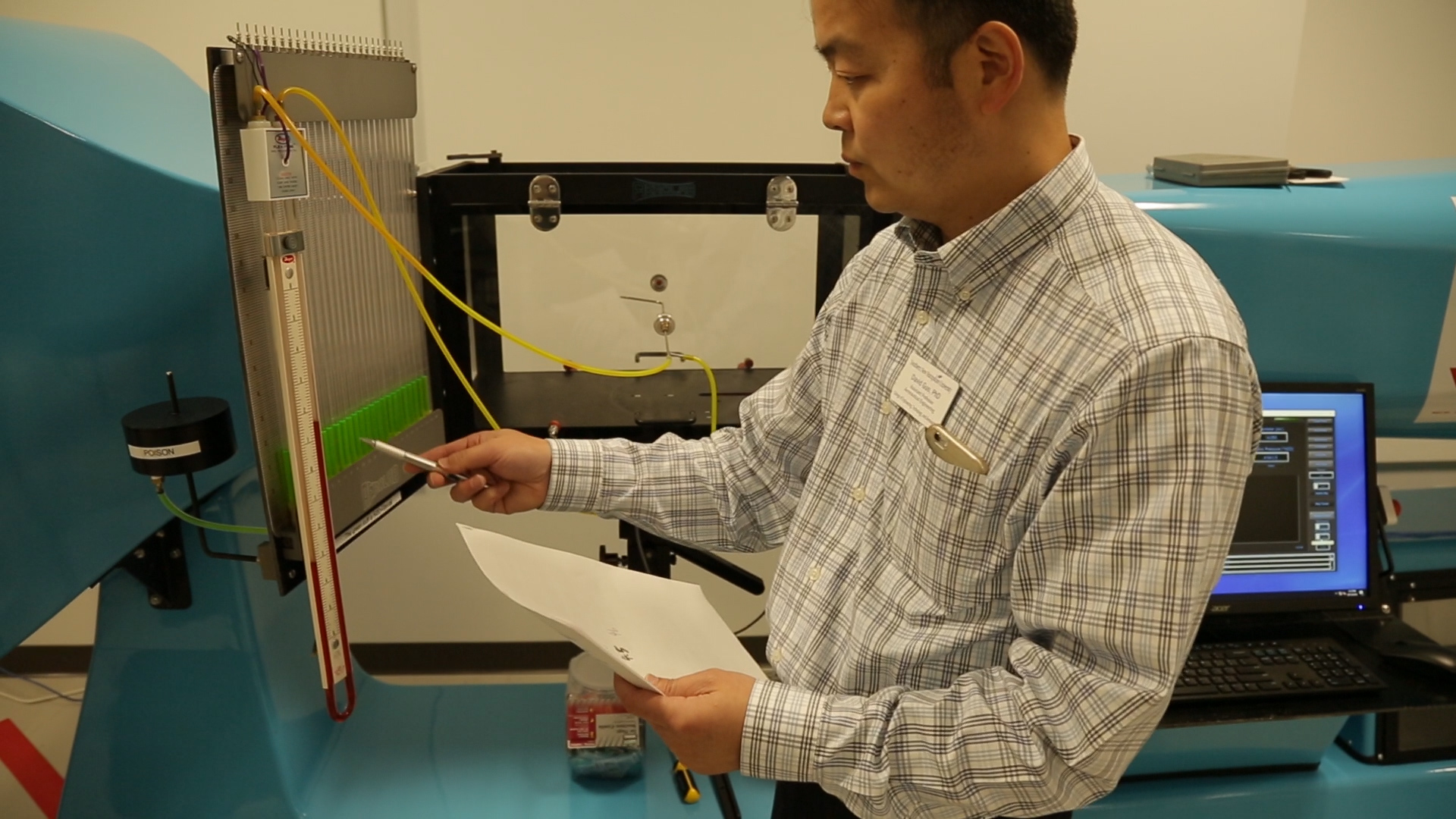