Here's a look at what's coming up in the February 2013 Issue of Journal of Visualized Experiments (JoVE).

Here's a look at what's coming up in the February 2013 issue of Journal of Visualized Experiments (JoVE).

Since JoVE's first issue, biomedical research has comprised the predominate fraction of our content, and we've got sections for Neuroscience, Clinical and Translational Medicine, Bioengineering, and Immunology. In July 2012, we branched out to the physical sciences with the launch of JoVE Applied Physics. This month, we are pleased to release the first video-articles in JoVE Chemistry, which features subjects ranging from complex biochemistry, to assay development, to chemical engineering, and organic synthesis.

In the chemical engineering department, Pandey et al. combine planar lithography with self-folding methods to create 3-dimensional structures inspired by the art of origami. Through exposure to heat or magnetic fields, these microstructures can be induced to fold over objects, and can be used to excise tissue - an application that could translate to taking nanoscale biopsies in vivo.

Moving on to biochemistry, Braslavsky and Drori present an experiment designed to measure the effects of ice-binding proteins on ice crystal formation. Through video microscopy and subsequent video analysis, thermal hysteresis-the difference between freezing and melting temperatures-can be determined in the presence of antifreeze proteins, which protect many organisms like bacteria and plants from freezing temperatures.

In JoVE Applied Physics, Baranec et al. aim for the stars in our very first astronomy article, which brings the visible universe into focus with the Robo-AO laser adaptive optics system. With the help of a high-power laser beam, this system corrects the incoming light waves that get distorted by atmospheric turbulence so objects in the sky can be seen with high resolution. The authors plan to use this technique to find planets beyond our Solar System, and make precise observations of astronomical phenomena.

Looking back at Earth, Qi and Du examine how human movements in spatial and temporal dimensions can be used to study disease transmission. GPS-enabled devices can be used to automatically collect human trajectory data, which the authors process using a novel interactive interface. The trajectories can also be animated in Google Earth. These methods can help detect "hot spots" for the transmission of infectious diseases, such as influenza.

In JoVE Clinical and Translational Medicine, Kim presents a non-invasive method for imaging fetal mouse hearts in utero using high-frequency ultrasonography. This procedure, also called echocardiography, can be used to study normal heart structure and function as well as the mechanisms of cardiovascular disease. It can even be used for the early diagnosis of heart defects, making this a powerful tool with many scientific and clinical applications.

From visualizing the far reaches of space, to analyzing human movements in space and time, you've just caught a glimpse of JoVE's new content for February 2013. Like the universe, we continue to expand, and this month marks our arrival at a new frontier with the launch of Chemistry in JoVE: The Journal of Visualized Experiments.

We describe experimental details of the synthesis of patterned and reconfigurable particles from two dimensional (2D) precursors. This methodology can be used to create particles in a variety of shapes including polyhedra and grasping devices at length scales ranging from the micro to centimeter scale.

Preparation and Use of Samarium Diiodide (SmI2) in Organic Synthesis: The Mechanistic Role of HMPA and Ni(II) Salts in the Samarium Barbier Reaction

A straightforward procedure for the preparation of samarium diiodide (SmI2) in THF is described. The role of two main additives namely hexamethylphosphoramide (HMPA) and Ni(acac)2 in Sm mediated reactions is demonstrated in the Sm-Barbier reaction.

Bringing the Visible Universe into Focus with Robo-AO

Light from astronomical objects must travel through the earth's turbulent atmosphere before it can be imaged by ground-based telescopes. To enable direct imaging at maximum theoretical angular resolution, advanced techniques such as those employed by the Robo-AO adaptive-optics system must be used.

A suite of spatiotemporal processing methods are presented to analyze human trajectory data, such as that collected using a GPS device, for the purpose of modeling pedestrian space-time activities.

Fetal and perinatal death is a common feature when studying genetic alterations affecting cardiac development. High-frequency ultrasound imaging has improved 2-D resolution and can provide excellent information on early cardiac development and is an ideal method to detect the impact on cardiac structure and function prior to death. 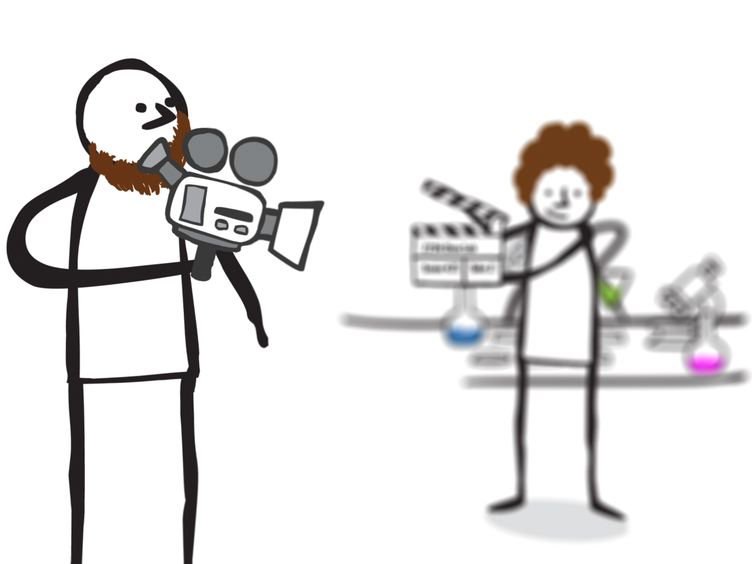