Neuroanatomy is the study of nervous system structures and how they relate to function. One focus of neuroanatomists is the macroscopic structures within the central and peripheral nervous systems, like the cortical folds on the surface of the brain. However, scientists in this field are also interested in the microscopic relationships between neurons and glia - the two major cell types of the nervous system.

This video provides a brief overview of the history of neuroanatomical research, which dates back to the 4th century BC, when philosophers first proposed that the soul resides in the brain rather than the heart. Key questions asked by neuroanatomists are also reviewed, including topics like the role cytoarchitecture, or the arrangement of neurons and glia, plays in brain function; and how neuroanatomy changes as a result of experience or disease. Next, some of the tools available to answer these questions, such as histology and magnetic resonance imaging, are described. Finally, the video provides several applications of neuroanatomical research, demonstrating how the field lives on in today’s neuroscience labs.

This video will provide an overview of neuroanatomical research by introducing the history of the field, key questions asked by neuroanatomists, and the tools available to answer those questions, followed by a review of some specific experiments investigating neuroanatomy.

Let’s begin by reviewing the history of this branch of neuroscience. The roots of neuroanatomical research can be traced back to the 4th century BC, when Hippocrates hypothesized that mental activity resides in the brain, rather than the heart.

But it was not until the end of the 15th century, when Pope Sixtus IV destigmatized human dissection, that the study of neuroanatomy was revitalized, as reflected by the publication in 1543 of Andreas Vesalius's "On the Workings of the Human Body," which included a detailed account of brain anatomy.

Expanding on this work, in 1664, Thomas Willis published the “Anatomy of the Brain”, in which he introduced several novel neurological structures and speculated on their function. This work is now considered to be the foundation of modern neuroanatomy.

At the end of the 16th century, the invention of the microscope spurred a second revolution in neuroanatomical research. Following on this technological breakthrough, in 1873, Camillo Golgi invented a staining technique to visualize single neurons under the microscope.

Thanks to these innovations, in 1888, Santiago Ramón y Cajal formulated the Neuron Doctrine: the idea that the anatomical and functional unit of the brain is the neuron.

Back at the macroscopic level, in 1909, Korbinian Brodmann published a series of brain maps, where he divided the cerebral cortex into 52 distinct areas, termed “Brodmann's areas.” These maps were based on his observation that various cortical areas have different cytoarchitecture.

Building upon these impressive historical studies of nervous system structure at the microscopic and macroscopic levels, today’s neuroanatomists ask questions concerning how structure relates to function. To begin, some researchers focus specifically on cytoarchitecture, or the arrangement of neurons and glia. For example, to investigate specific nuclei, or neuron clusters in the brain, it is helpful to characterize the neuronal subtypes found there and the connections those cells make with other brain regions.

Given that cytoarchitecture is dynamic, another key question in this field focuses on how and why neuroanatomical changes take place.

For example, learning and memory are associated with “neuroplasticity,” or changes in neural pathways, like alterations in the structural contact points between neurons. Small protrusions, called dendritic spines, can dynamically change in size, shape, and number in an activity-dependent manner.

Understanding the structure of the nervous system is also pivotal to explaining its dysfunction.

For instance, debilitating neurodegenerative diseases are associated with characteristic neuroanatomical changes, such as the degeneration of dopaminergic neurons observed in Parkinson’s disease.

Having discussed the key questions that neuroanatomists ask, let’s review the tools these scientists use to find answers.

First, histology, or the analysis of stained tissue slices, is an essential technique for studying cytoarchitecture.

Neuroanatomists have a number of stains at their disposal to visualize specific structures in the nervous system.

Histochemistry is a branch of histology based on the localization and identification of chemical components. One particularly valuable application of histochemistry is the detection of tracers: Molecules that are introduced into neurons to visualize their connections within the nervous system.

As we mentioned previously, the advent of the microscope revolutionized the way that neuroanatomy was studied. The light microscope enables histologically-stained neuronal tissue to be imaged at up to a thousand times its original size, thereby revealing cytoarchitecture. The fluorescence light microscope allows for immunolabeled proteins to be imaged in tissue sections, or in culture, and permits colocalization studies, which involve determining whether or not two proteins are in close proximity within a single neuron.

Confocal imaging is an improved method of fluorescence microscopy that permits the optical sectioning of neuronal tissue and can therefore be used to generate 3D reconstructions of neurons so their morphology, or shape, can be studied.

2-photon imaging is another type of fluorescence imaging, which can penetrate deeply into tissue and is often used for live imaging of the brain in behaving animals.

To monitor changes in neuroanatomical structures over time, neuroimaging is an extremely useful tool. Magnetic resonance imaging, or MRI, is extensively used to investigate the brain in humans. This technique provides a picture of the brain as a whole, down to a 1 mm resolution. MRI can be used to investigate white matter through tractography. With this technique, neuroanatomists visualize bundles of axons, revealing connections between, and within, brain areas.

In order to assess the correlates between neuroanatomy and disease states, scientists frequently make use of surgical techniques applied to animal models. Stereotactic surgery uses a 3-dimensional coordinate system and detailed anatomical atlases to allow researchers to physically manipulate isolated anatomical areas. With a stereotactic apparatus and the appropriate anatomical information, it is possible to deliver electrical stimulation, introduce drugs or other substances, or create lesions in targeted regions of the brain.

Next, let’s review some applications of these methods. Detailed information about brain structure can be obtained through analysis of preserved brains that are thinly sliced into sections. To highlight distinct structural features, these sections of primate brain were stained to show the expression of three proteins throughout the entire brain. Stained sections can also be studied at high magnification, allowing researchers to visualize structure at the cellular level.

Experience can modify neuronal structure at the cellular level. In this experiment, young rats are exposed to tactile stimuli throughout development. When they reach adulthood, brain samples are collected and stained to visualize cell morphology. The resulting images reveal changes in the shape and number of dendrites, suggesting altered neuronal connectivity.

Neuroanatomy is pivotal in clinical settings, as it contributes to diagnosis and treatment of neurological and psychiatric diseases. For instance, changes in cytoarchitecture are tightly linked to certain disease states. Structural neuroimaging techniques are frequently combined with functional imaging to compare the activity of specific brain regions in normal and disease states. For instance, patients suffering from concussion exhibit changes in neural activity patterns, which correlate with their recovery from the injury.

You’ve just watched JoVE’s introduction to neuroanatomy. In this video, we retraced the history of neuroanatomy research, and introduced the key questions neuroanatomists ask. We have also explored research strategies at the microscopic and macroscopic levels, and discussed their applications. 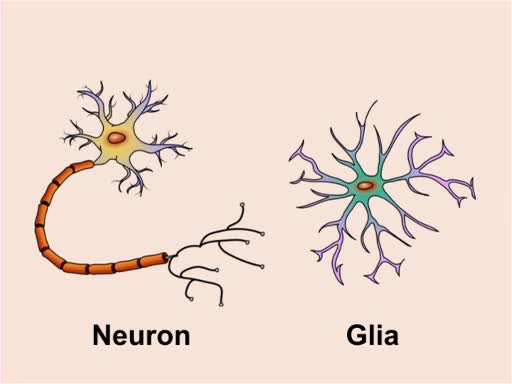