We describe a strategy for how to use RNA samples from unreferenced Pacific oyster specimens, and evaluate the genetic material by comparison with publicly available genome data to generate a virtually sequenced cDNA library.

The access to biological material of reference species, which were used previously in key experiments such as in the development of novel cell lines or genome sequencing projects, are often difficult to provide for further studies or third parties due to the consumptive nature of the samples. Although now widely distributed over the Pacific coasts of Asia, Australia and North America, individual Pacific oyster specimens are genetically quite diverse and are therefore not directly suitable as the starting material for gene libraries. In this article, we demonstrate the use of unreferenced Pacific oyster specimens obtained from regional seafood markets to generate cDNA libraries. These libraries were then compared to the publicly available oyster genome, and the closest related library was selected using the mitochondrial reference genes Cytochrome C Oxidase subunit I (COX1) and NADH Dehydrogenase (ND). The suitability of the generated cDNA library is also demonstrated by cloning and expression of two genes encoding the enzymes UDP-glucuronic acid dehydrogenase (UGD) and UDP-xylose synthase (UXS), which are responsible for the biosynthesis of UDP-xylose from UDP-glucose.

The acquisition of living referenced biological material may be challenging due to long delivery times, entrepreneurial reasoning, or country-specific customs regulations. As an alternative, the required biological material may be also collected from phenotypically identical specimens. However, these samples may vary significantly at the level of genotype, and therefore comparisons with digitally-stored reference genomes of the same species are often rendered difficult or even futile due to incompatibility of the newly-sourced material with existing DNA amplification methods. Sequencing highly conserved genes of individual samples is a widely used and powerful tool for identifying species1, such as conserved mitochondrial genes that are frequently used as reference genes for the quality assessment of cDNA libraries2,3,4,5,6. The underlying rationale for the herein presented method is that high conservation of mitochondrial gene sequences in individual anonymous oyster samples compared to the corresponding sequences of the reference genome indicates that other genes may also show a low level of divergence, given the generally faster rate of mitochondrial DNA evolution relative to nuclear DNA7, allowing the amplification and isolation of a wide range of scientifically and industrially relevant genes by simply using publicly available sequencing data as a reference.

The overall goal of the herein described method is to present an optimized workflow for generating a virtually sequenced oyster cDNA library which can be used as template DNA for the cloning of oyster genes. In virtual sequencing, de novo genome sequencing is circumvented; instead, a known, digitally-stored reference sequence is used directly to utilize or design primers for production of cDNAs that will eventually comprise a library (or be added to a pre-existing one). The aim is to produce a convergent cDNA library, meaning that similarities between the generated cDNA sequences and the reference sequence can be ranked from low to high divergence. A key advantage of using Cytochrome C Oxidase subunit 1 (COX1) and NADH Dehydrogenase (ND) as reference genes is that even highly geographically disjunct oyster specimens can be profiled due to the high conservation of these mitochondrial genes. Having proven the approach with these well-established markers, we then demonstrate its application to two enzyme candidates which are involved in sugar nucleotide biosynthesis and may be of industrial relevance8,9,10. The biotechnological potential of the Pacific oyster is still unexplored. Thus, we believe that this converging method for preparing a virtually sequenced cDNA library will also be appropriate for non-specialist researchers who want to generate cDNA from this relevant biological material.

NOTE: A schematic overview is shown in Figure 1.

6. Applying the cDNA library for cloning the genes MgUGD and MgUXS 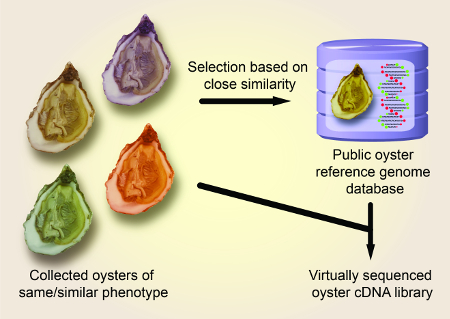 Figure 1: Schematic overview of the described analysis method for molecular identification of Pacific oyster specimen using COX1 and ND as reference genes. Please click here to view a larger version of this figure. 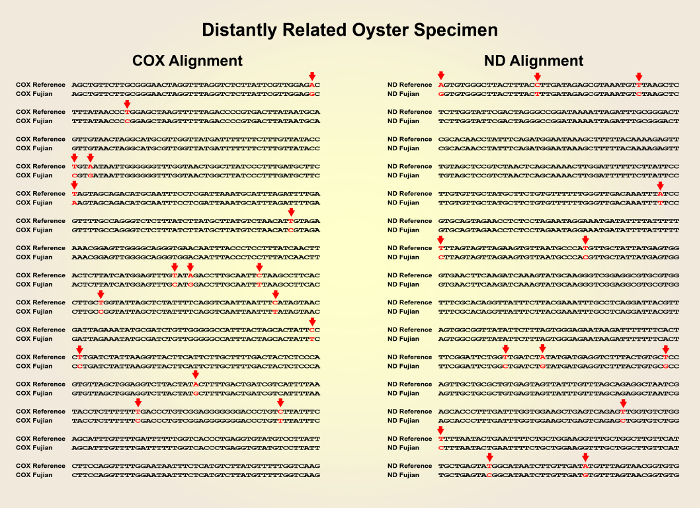 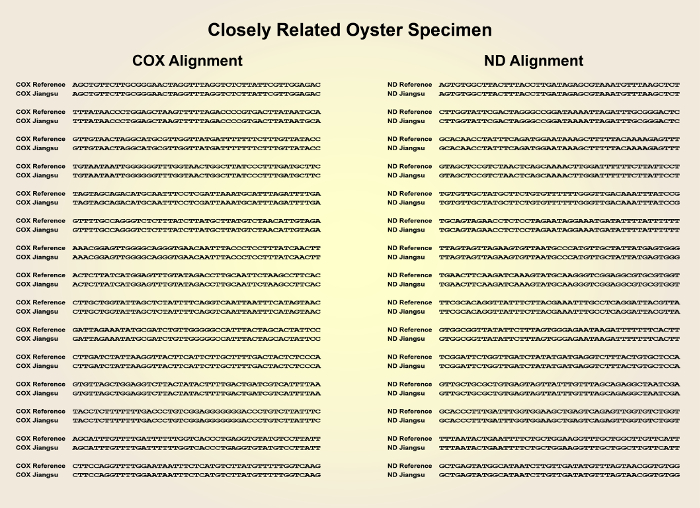 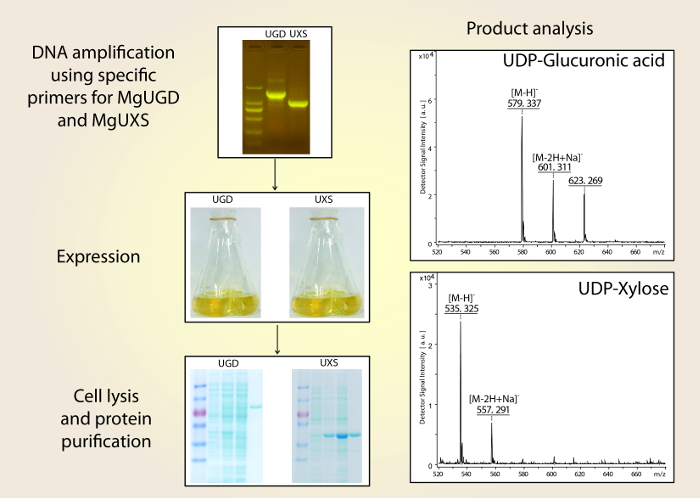 Figure 4: Schematic overview of molecular cloning, recombinant expression and detection of the reaction products of MgUGD and MgUXS. Please click here to view a larger version of this figure.

The presented protocol allows the genetic identification of unreferenced oyster specimens with similar phenotype from regional seafood markets by comparison of the COX1 and ND genes with a publicly available oyster DNA genome database. The significance of this method lies in its simplicity, as only a single PCR reaction is needed for the evaluation of the virtual cDNA library. The two conserved mitochondrial COX1 and ND genes were amplified from a cDNA library which was generated by reverse transcription of RNA extracts from each oyster. The method of RNA isolation (step 2.1) was simplified by directly grinding the oyster tissue in liquid nitrogen. After sequencing the COX1 and ND genes of each specimen, sequence alignments revealed that some samples show high similarity to the reference strain. The closest relative showed complete identity of both the COX1 and the ND gene sequences.

Successful cloning was recently exemplified by cloning the oyster UGE gene12 and herein by cloning the MgUGD and MgUXS genes13, which validated the practicality of the generated cDNA library, allowing cloning of any number of genes of interest without the need for cumbersome cloning strategies using degenerated primers. This method of molecular identification by amplification of the COX1 and ND genes to generate virtually sequenced cDNA libraries may also be used in future applications for other biological materials that do not have physical samples of referenced genomes available.