We describe a method for generating transformed B cell lines using Epstein-Barr virus. We also illustrate a novel assay that can identify B cells destined to undergo transformation as early as three days after infection.

Infection of B cells with Epstein-Barr virus (EBV) leads to proliferation and subsequent immortalization, resulting in establishment of lymphoblastoid cell lines (LCL) in vitro. Since LCL are latently infected with EBV, they provide a model system to investigate EBV latency and virus-driven B cell proliferation and tumorigenesis1. LCL have been used to present antigens in a variety of immunologic assays2, 3. In addition, LCL can be used to generate human monoclonal antibodies4, 5 and provide a potentially unlimited source when access to primary biologic materials is limited6, 7.

A variety of methods have been described to generate LCL. Earlier methods have included the use of mitogens such as phytohemagglutinin, lipopolysaccharide8, and pokeweed mitogen9 to increase the efficiency of EBV-mediated immortalization. More recently, others have used immunosuppressive agents such as cyclosporin A to inhibit T cell-mediated killing of infected B cells7, 10-12.

The considerable length of time from EBV infection to establishment of cell lines drives the requirement for quicker and more reliable methods for EBV-driven B cell growth transformation. Using a combination of high titer EBV and an immunosuppressive agent, we are able to consistently infect, transform, and generate LCL from B cells in peripheral blood. This method uses a small amount of peripheral blood mononuclear cells that are infected in vitroclusters of cells can be demonstrated. The presence of CD23 with EBV in the presence of FK506, a T cell immunosuppressant. Traditionally, outgrowth of proliferating B cells is monitored by visualization of microscopic clusters of cells about a week after infection with EBV. Clumps of LCL can be seen by the naked eye after several weeks. We describe an assay to determine early if EBV-mediated growth transformation is successful even before microscopic clusters of cells can be demonstrated. The presence of CD23hiCD58+ cells observed as early as three days post-infection indicates a successful outcome.

Note that Step 4, performed to predict successful outcome, is an optional step. If Step 4 is to be performed, you will need to incubate an additional flask of un-infected PBMC at 2 x 106 cells/ml as control.

5. Expansion and cryopreservation of LCL

Successful outcome is predicted by the presence of CD23hiCD58+ cells. Approximately 2-3% of live cells on day 3-4 after exposure to EBV should have this profile (Figure 2C). Other sub-populations of CD23+, CD23-, CD58+, and CD58- cells observed after exposure to EBV show minimal proliferation14. Un-infected cells (Figure 2A) and cells exposed to EBV from HH514-16 cells (Figure 2B), harboring a non-immortalizing strain of EBV, do not demonstrate CD23hiCD58+cells. 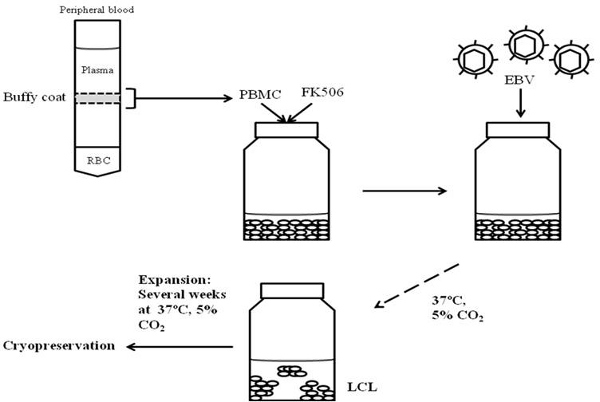 Figure 1. Workflow for generation and cryopreservation of lymphoblastoid cell lines. Peripheral blood is centrifuged through a Ficoll gradient. PBMC present in the buffy coat of an established gradient are exposed to FK506 followed by addition of EBV. EBV-exposed cells are grown at 37°C in the presence of 5% CO2 to establish and subsequently expand LCL for cryopreservation. 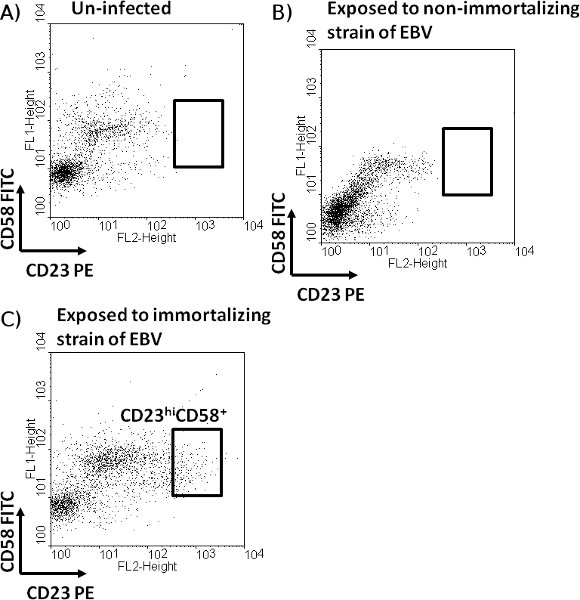 Figure 2. Identification of a sub-population of B cells expected to undergo proliferation after exposure to EBV. Un-infected PBMC (A) or PBMC exposed to EBV derived from HH514-16 cells (B) or from B95-8 cells (C) in the presence of FK506 were harvested on day 3. Cells were stained with fluorochrome-conjugated antibodies directed against CD19, CD23, and CD58. After gating on live cells, un-infected (A) and EBV-exposed (B and C) CD19+ B cells were examined for expression of CD23 and CD58. A sub-population of B cells expressing CD58 and high levels of CD23 (CD23hiCD58+), observed only in the cells exposed to transformation competent EBV (derived from B95-8 cells), is depicted. 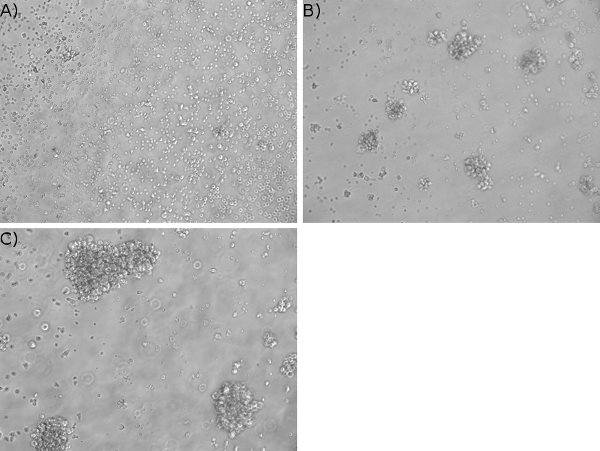 Figure 3. Visualization of cell clusters in EBV-infected cells. PBMC were treated with FK506 and infected with EBV. Un-infected (A) and EBV-exposed (B) cells were examined one week post-infection by phase contrast microscopy (10X magnification). Five-week old lymphoblastoid cell line is shown in C.

The method described in this paper generates LCL from donor peripheral blood with rapid immortalization and cryopreservation times. Through the use of FK506, a T cell immunosuppressant, and high titers of infectious virus we are able to promote proliferation of EBV-infected B cells from peripheral blood mononuclear cells. These interventions make the described method more efficient, resulting in rapid expansion of cells for subsequent experiments.

Traditionally, growth transformation has been monitored by visualization of clusters of cells by light microscopy about a week after exposure to EBV6, 15. However, clustering of cells is not a specific indicator of EBV-mediated growth transformation. We have previously demonstrated consistent identification of the proliferating cell population via flow cytometry14, providing an accurate and specific method to determine successful outcome as early as three days after exposure of B cells to EBV. 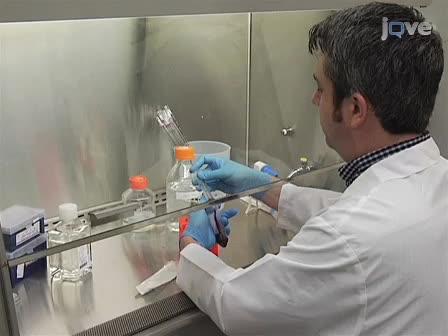