The beauty of research: The role of art in your grant approval

H. Adam Steinberg of ArtforScience.com spends his time dreaming up ways to illustrate scientific research.  And while the images themselves are impressive, the real beauty isn’t just in the artwork. It’s in how they are used.

Steinberg’s art has helped scientists visualize their data, present it, and get published for over 20 years. And now, amidst belt-tightening in federal research funding, Steinberg is increasingly finding himself working in another function.  More then ever, he is helping scientists to get grants.

“Last weekend I was talking to a researcher whose funding is dying,” says Steinberg, “He told me he couldn’t get his grant. He couldn’t get the funding to actually do anything. So we scrambled to get his illustrations.” Steinberg says visualization is an essential component to communicating such complex scientific material. By making the implications, or story as he calls it, behind a researcher’s work more clear, Steinberg’s illustrations become a powerful tool in the effort to counter the shrinking availability of federal grants.

With the help of his images, Steinberg has brought hundreds of researchers to the covers and articles of the nation’s leading textbooks and scientific journals — including Principles of Biochemistry, Science, Cell, and Nature.

While Steinberg’s work is beautiful, he makes it clear that his primary focus for his illustrations is their functionality. “The goal is what you visually see in the data … and how can we take research further,” he says, “And that’s the best part. The most thrilling and exciting. Figuring out visually what’s inside a research paper.” 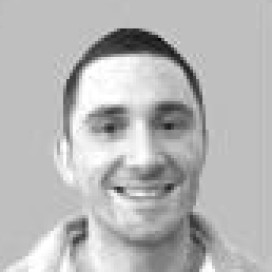