Skip to content
Trial ends in Request Full Access Tell Your Colleague About Jove
Chapter 11: Liquids, Solids, and Intermolecular Forces Back To Chapter

Heating or cooling a substance leads to temperature changes, followed by phase changes.

Heating a substance increases its molecules' thermal energy, which is reflected as a rise in temperature until it reaches a transition point.

When the substance has absorbed enough heat, the attractive forces between its molecules are overcome, leading to a phase transition at a constant temperature.

Once the transition is complete, heating results in a rise in temperature again.

When heat is removed from the substance, the decrease in its molecules’ thermal energy corresponds to a drop in temperature, until it reaches a transition point.

Then, the temperature remains constant as stronger intermolecular forces are re-established during the phase change.

Consider a beaker filled with ice cubes, initially at −20 °C. As heat flows in, the temperature of the ice rises steadily. The amount of heat absorbed in warming the ice depends on the specific heat capacity of ice.

Once the melting point of ice has been reached, the temperature stops rising despite the continually flowing heat. The effects of the absorbed heat weaken the intermolecular forces until the ice completely melts into liquid water.

The plateau of solid–liquid equilibrium is characteristic of the phase transition at a constant temperature. The enthalpy change between the beginning and end of the plateau indicates the amount of heat needed for the melting process, or in other words, the enthalpy of fusion of water.

After the melting process is complete, the absorbed heat results in a corresponding linear rise in temperature. The specific heat capacity of water dictates the amount of heat absorbed.

At the boiling point, the temperature stops rising. The absorbed heat instead contributes to overcoming the attractive forces between water molecules until the water completely vaporizes.

The plateau of liquid–gas equilibrium represents the phase transition at a constant temperature. The change in enthalpy between the beginning and end of the plateau is the enthalpy of vaporization of water.

After all the liquid has transformed into vapor, additional heat leads to the temperature rising again.

When a substance—isolated from its environment—is subjected to heat changes, corresponding changes in temperature and phase of the substance is observed; this is graphically represented by heating and cooling curves.

where m is the mass of the substance, and c is its specific heat. The relation applies to matter being heated or cooled, but not changing state.

When the temperature is high enough, the solid begins to melt (Figure 1, point A). The heat absorbed depends on the solid’s heat capacity (q = mcsolidΔT), and a plateau is observed at its melting point. The plateau indicates a change of state from solid to liquid, during which the temperature does not rise due to the heat of fusion (q = mΔHfusion). In other words, further heat gain is a result of diminishing intermolecular attractions, instead of increasing molecular kinetic energies. Consequently, while a substance is changing state, its temperature remains constant. 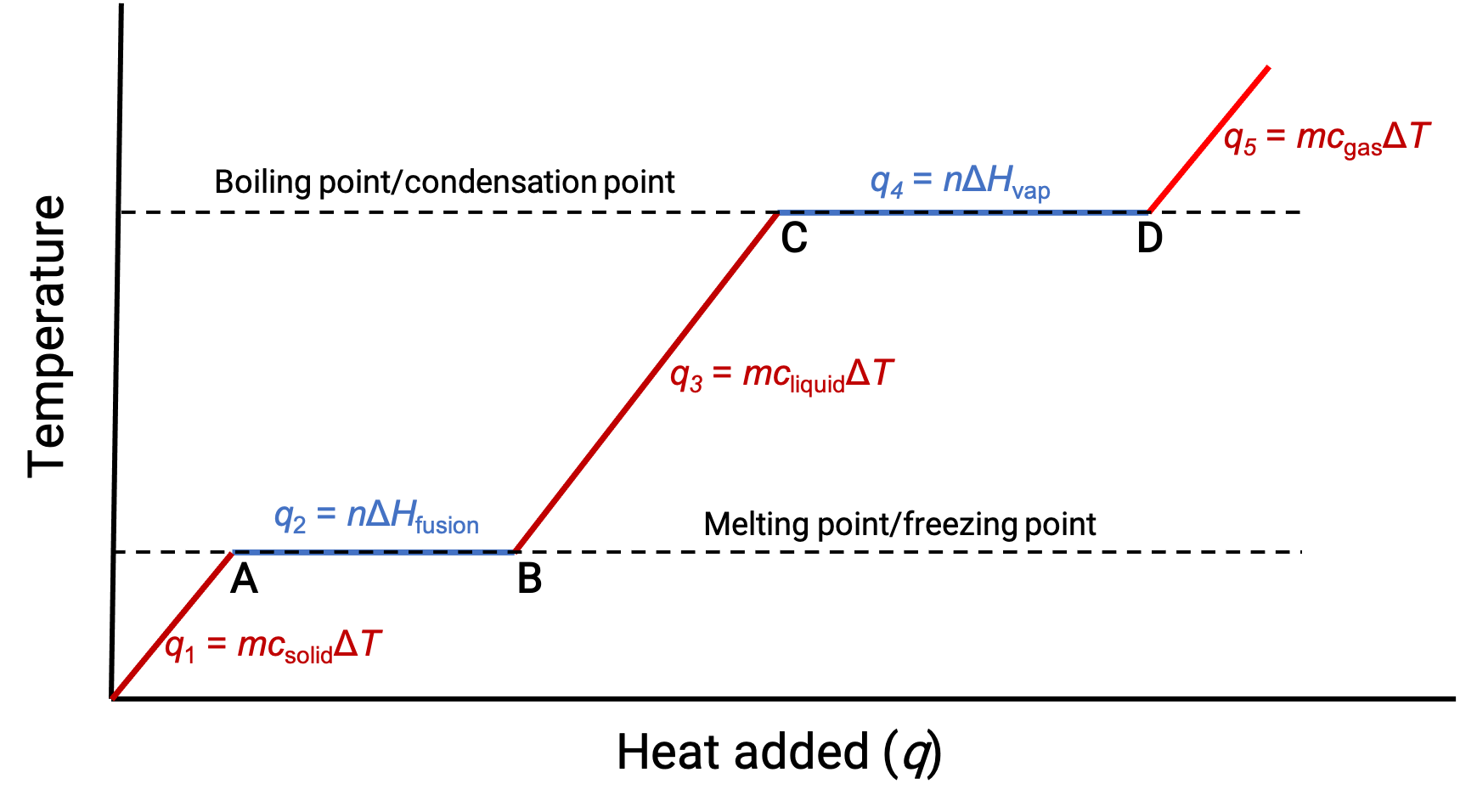 Figure 1. The representative heating curve for a substance depicts changes in temperature that result as the substance absorbs increasing amounts of heat. Plateaus in the curve (regions of constant temperature) are exhibited when the substance undergoes phase transitions.