Throughout this series of videos, natural samples were extracted and purified in search of organic compounds, called biomarkers, that can relate information on climates and environments of the past. One of the samples analyzed was sediment. Sediments accumulate over geologic time in basins, depressions in the Earth into which sediment flows through the action of fluid (water or air), movement, and gravity. Two main types of basins exist, marine (oceans and seas) and lacustrine (lakes). As one might guess, very different types of life live in these settings, driven in large part by the difference in salinity between them. Over the last few decades, organic geochemists discovered a toolbox of biomarker proxies, or compounds that can be used to describe climate or environment, some of which work in marine environments and some of which work in lacustrine. We turn our attention here to the lacustrine realm and branched glycerol dialkyl glycerol tetraethers (Figure 1).

In this section we focus on analysis of terrestrial paleotemperature using branched glycerol dialkyl glycerol tetrathers (Figure 1; brGDGTs) and the MBT/CBT proxy. This proxy was initially described by Weijers et al.1 and is based on the distribution of ring and branch structures in brGDGTs. They found that the cyclization of branched tetraethers (CBT) was directly related to soil pH.

And that the methylation of branched tetraethers (MBT) was determined by mean annual air temperature (MAAT) and, to a lesser extent, soil pH.

Thus, taken together and calibrated, MBT/CBT relates the distribution of brGDGTs to both soil temperature and pH.

Branched GDGTs are thought to be membrane spanning lipids and their production was initially attributed to anaerobic Acidobacteria bacteria living in soils and peat2-5, but subsequent work suggested they could also be produced in oxic and anoxic lake and marine water columns and sediments6-9. The hypothesis holds that Acidobacteria transform sites of methylation into cyclizations in response to lowering temperature in order to increase unsaturation (cyclization effectively removes two hydrogen atoms) and maintain membrane fluidity (by analogy, saturated fat (butter) is a solid a room temperature while unsaturated fat (olive oil) is a liquid), but branched GDGTs have not yet been identified as the main membrane lipids in Acidobacteria cultures. Thus their exact provenance is unknown.

Calibration of branched GDGTs to environmental variables (temperature, pH, salinity, precipitation, etc.) is a topic of widespread research. Organic geochemistry laboratories all over the world are involved in the task of developing both global1,10 and regional11-13 calibrations between branched GDGTs and (primarily) temperature. Thus, the equations given above are regularly being refined and perfected.

Branched GDGTs are usually extracted from lacustrine sediments, although coastal marine sediments have also been investigated. The extracts undergo a silica gel column to purify the GDGTs from other compounds which may not be LC amenable or that may co-elute with GDGTs chromatographically. The GDGTs come out in the polar fraction that elutes in methanol.

Once the total lipid extract is purified, the extracted and purified sample is run on a high performance liquid chromatograph coupled to a chemical ionization mass spectrometer. The relative concentration of the GDGTs is determined by obtaining the area under the curve for the selected mass ion (m/z; Figure 1) for each of the compounds on computer software designed for just this purpose (such as Agilent Chemstation). These areas are then put into the selected calibration equation in order to arrive at a paleotemperature determination.

Figure 1. Structures of the branched GDGTs used for calculating temperature via MBT/CBT proxy (used with permission of Dr. Isla Castañeda, who produced the image). Please click here to view a larger version of this figure.

Organic compounds called biomarkers can be used in Earth Science as paleothermometers to relate information on climates and environments of the past.

Living organisms produce these biomarkers, which provide us with information about the environment in which they lived. They can act as a proxy to tell us information about past events, like the Earth’s temperature millions of years ago.

Terrestrial paleotemperature can be analyzed using biomarkers found in sediment from fresh-water basins. One key class of these biomarkers are branched glycerol dialkyl glycerol tetraethers, or branched GDGTs.

This video will introduce the area of study, called paleoclimatology, which investigates past changes in fresh-water environments over hundreds of millions of year. This helps elucidate current and future climate and environmental changes.

Sediments accumulate over geologic time, due to fluid movement and gravity, in sedimentary basins, or low areas in the Earth’s crust. Sedimentary basins include oceans, which collect marine sediment, or lakes, which collect lacustrine sediment. Marine and lacustrine basins contain different types of organisms, driven in large part by the difference in salinity between them. Thus, marine and lacustrine basins contain different biomarkers.

Branched GDGTs are thought to be membrane-spanning lipids of anaerobic acidobacteria. Research suggests that the producing organisms change membrane properties in response to changing temperature.

This change is caused by the transformation of methylated sites on the branched GDGT’s to cyclized sites at colder temperatures, thereby enhancing membrane fluidity. This change in structure can then be correlated to temperature through a proxy. Proxies are measureable physical phenomena that are correlated to immeasurable variable.

This proxy relates the number of methylations or MBT, and cyclizations, or CBT, in the biomarker to temperature. An experimentally-derived equation can relate MBT and CBT to the past Mean Annual Air Temperature.

To study the relationship between branched GDGT biomarkers and soil temperature, lacustrine sediment must be collected, extracted by one of three techniques, purified, and analyzed.

To begin studying the relationship between branched GDGT biomarkers and soil temperature, the lipid molecules are first extracted from lacustrine sediments, using a variety of techniques. Extraction via sonication is the simplest and least expensive method of obtaining the total lipid extract, or TLE, from a sediment sample. For this, an ultrasonic bath is used to agitate the sample in a vial containing organic solvent. A mixture of methanol and dichloromethane is used to extract biomarkers with a wide range of polarities. Another extraction technique utilizes Soxhlet extraction. A Soxhlet extractor enables the reflux, or continuous cycling, of organic solvent from a round-bottom flask upward into a condenser, which is cooled by cold water and returned. The condensed solvent falls into a glass fiber thimble containing the sample. Once full, the chamber siphons the organic solvent back into the round-bottom flask, enabling continuous extraction over time.

Once the lipid sample is extracted using one of these techniques, it is purified in preparation for analysis. Typically, silica gel column chromatography is used to purify the lipid sample based on its polarity. For this, a small glass column is loaded with a fine powder of silica, called a gel. The column is then saturated with an apolar solvent, typically hexane, and then the sample loaded on the top. The separation of the extract is based on the affinity of the target compound for either the solid phase or the solvent phase.

The eluents are then collected in separate fractions.

The purified GDGT's are then analyzed using high performance liquid chromatography coupled to a mass spectrometer, or LC-MS. LC-MS first separates the compounds, and then analyzes them based on their mass-to-charge ratio.

This enables the determination of the relative concentration of each type of GDGT using the area under the curve for the selected mass ion. MBT is calculated as the fraction of the group 1 molecules to the total.

CBT is then calculated as a negative log using molecules in groups 1 and 2. MBT and CBT are then plugged into an experimentally-derived equation, in order to arrive at a paleotemperature determination.

The determination of paleotemperature using biomarker proxies is useful in a range of applications in earth science.

First, paleothermometry enables the determination of the Earth's temperature over long periods of time. Using various techniques, the temperature of Earth has been estimated as far back as 500 million years. This tells us the envelope of temperature within which different forms of life evolved and informs investigations of the effects of temperature on Earth's biosphere, hydrosphere, lithosphere, and atmosphere in the past, and by extension, the future.

More recent trends in the Earths temperature can also be quantified against records constructed using paleothermometry. The Earths surface temperature has increased by nearly 1 degree from 1850 to the present with an accentuated warming trend in the last two decades. To understand the anthropogenic impact on global climate, accurate paleoclimate records must be developed and used as context.

You've just watched JoVE's Overview of Branched Glycerol Dialkyl Glycerol Tetraether Paleothermometry. You should now understand how the branched GDGT biomarkers are used, and the overall technique of extracting and purifying them. The following videos in this series will go into more detail about this complex process. 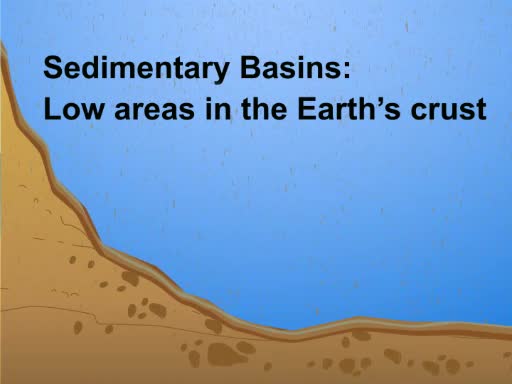