The anatomical organization of the primate brain can provide important insights into normal and pathological conditions in humans. Unbiased stereology is a method for accurately and efficiently estimating the total neuron number (or other cell type) in a given reference space1.

The non-human primate is an important translational species for understanding the normal function and disease processes of the human brain. Unbiased stereology, the method accepted as state-of-the-art for quantification of biological objects in tissue sections2, generates reliable structural data for biological features in the mammalian brain3. The key components of the approach are unbiased (systematic-random) sampling of anatomically defined structures (reference spaces), combined with quantification of cell numbers and size, fiber and capillary lengths, surface areas, regional volumes and spatial distributions of biological objects within the reference space4. Among the advantages of these stereological approaches over previous methods is the avoidance of all known sources of systematic (non-random) error arising from faulty assumptions and non-verifiable models. This study documents a biological application of computerized stereology to estimate the total neuronal population in the frontal cortex of the vervet monkey brain (Chlorocebus aethiops sabeus), with assistance from two commercially available stereology programs, BioQuant Life Sciences and Stereologer (Figure 1). In addition to contrast and comparison of results from both the BioQuant and Stereologer systems, this study provides a detailed protocol for the Stereologer system.

Unbiased stereology provides efficient and reliable estimates of cell populations within a reference space. There are a number of computer-based stereological systems available, all of which rely on systematic sampling and a defined reference space. We have used the BioQuant Life Sciences system to estimate the total neuronal population of the cerebral cortex of 2-year-old vervets to be over 828 millions (Figure 3) with an average CE of 0.042. We have subsequently used the Stereologer system to estimate that the frontal lobe accounts for about half the number of cortical neurons8.

Figure 1 Computer-based Stereology Systems. The basic set-up of the stereology systems is the same, a microscope with a motorized stage (x-y-z), a stage controller, video camera, computer, and software. The system that is ultimately chosen should be based on efficiency, needs, and cost analysis.

Figure 2 Results from the Fontal Lobe Obtained with the Stereologer System. For the frontal lobe, the longest part of the stereological process was in the systematic sampling and sectioning. Topography, volume and neuronal estimate were completed in about a day for each subject. The left hemisphere was sampled and the number is doubled in the text to approximate an estimate for both hemispheres.

Figure 3 Cortex Neuronal Population Estimate Obtained with BioQuant. The BioQuant system requires an exact topography prior to cell counting. Here an average of 13 sections were sampled. Cortical topography and subsequent volume estimation took between 15-20 hours for each subject. Topography was performed under a 2.5x objective and counting was done using a 100x oil immersion objective (N.A. 1.3). Every 100th section was chosen throughout the left hemisphere with an average of 180 disectors sampled. Once the topography was completed neuronal counting took about a day. The left hemisphere was sampled and the number is doubled in the text to approximate an estimate for both hemispheres.

Unbiased stereology in a primate brain is similar to that of other biological specimens. However, given the size of the primate brain, a careful processing plan is recommended since a single hemisphere of the vervet monkey yields more than 1200 sections when sliced at 50µm. First we recommend stereotaxically blocking the brain into 1cm blocks, which provides a standard plane of section between blocks and subjects, minimizes partial sections between blocks, and provides manageable sized blocks5. A crucial step for stereology is systematic sampling such that 6-10 sections are obtained through the reference area. For the primate brain, this leaves a significant amount of material unprocessed, so in order to maximize the potential data obtained from each brain we suggest banking the tissue in antigen preserve for long-term research plans6. When tissue is banked, a systematic immunodetection approach for identifying target proteins in the monkey brain can be prepared for stereology9. Larger areas such as the cortex or the lobes may require 10-14 sections, so prior to sectioning a plan should be made to have at least 10 sections through the smallest reference space of potential interest. A pilot study should also be performed on a control subject to set the parameters for the stereological study. Furthermore when presenting or interpreting published stereological data the asf, tsf, ssf, and ∑Q should be reported along with the appropriate CE values.

The authors would like to thank Ikiel Ptito for his continued technical support. NSERC grant to MP. 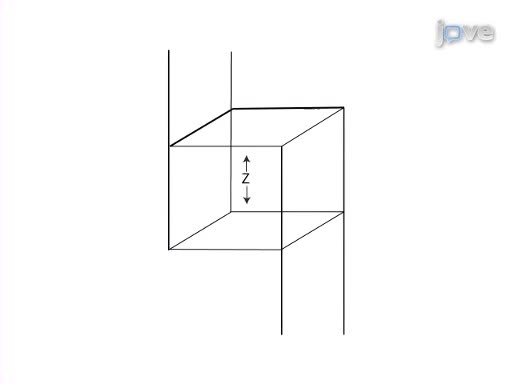