A simple, rapid method for determining the saccharification potential of large numbers of plant biomass samples is described. The automated platform for this analysis involves the preparation of the plant biomass for analysis in 96 well plates and the subsequent performance of pretreatment, hydrolysis and quantification of the sugars released.

Polysaccharides that make up plant lignocellulosic biomass can be broken down to produce a range of sugars that subsequently can be used in establishing a biorefinery. These raw materials would constitute a new industrial platform, which is both sustainable and carbon neutral, to replace the current dependency on fossil fuel. The recalcitrance to deconstruction observed in lignocellulosic materials is produced by several intrinsic properties of plant cell walls. Crystalline cellulose is embedded in matrix polysaccharides such as xylans and arabinoxylans, and the whole structure is encased by the phenolic polymer lignin, that is also difficult to digest 1. In order to improve the digestibility of plant materials we need to discover the main bottlenecks for the saccharification of cell walls and also screen mutant and breeding populations to evaluate the variability in saccharification 2. These tasks require a high throughput approach and here we present an analytical platform that can perform saccharification analysis in a 96-well plate format. This platform has been developed to allow the screening of lignocellulose digestibility of large populations from varied plant species. We have scaled down the reaction volumes for gentle pretreatment, partial enzymatic hydrolysis and sugar determination, to allow large numbers to be assessed rapidly in an automated system.

This automated platform works with milligram amounts of biomass, performing ball milling under controlled conditions to reduce the plant materials to a standardised particle size in a reproducible manner. Once the samples are ground, the automated formatting robot dispenses specified and recorded amounts of material into the corresponding wells of 96 deep well plate (Figure 1). Normally, we dispense the same material into 4 wells to have 4 replicates for analysis. Once the plates are filled with the plant material in the desired layout, they are manually moved to a liquid handling station (Figure 2). In this station the samples are subjected to a mild pretreatment with either dilute acid or alkaline and incubated at temperatures of up to 90°C. The pretreatment solution is subsequently removed and the samples are rinsed with buffer to return them to a suitable pH for hydrolysis. The samples are then incubated with an enzyme mixture for a variable length of time at 50°C. An aliquot is taken from the hydrolyzate and the reducing sugars are automatically determined by the MBTH colorimetric method.

1. Preparation of the samples

We normally work with stems from either herbaceous or woody plants. In the case of herbaceous materials we grow the plants to maturity, and after seed development we collect dry stems once senescence is complete. The stems are chopped into 4 mm segments and placed in 2 ml vials with three milling balls. In the case of woody materials, the samples are ground to coarse sawdust with a course wood file and then placed in a ball mill for further processing.

The samples are placed in a rack within the grinding/formatting station (Figure 1). This station sequentially grinds, mixes, and weighs each sample. The number of repetitions needed per sample is established by testing the ground material in a series of preliminary experiments where the intrinsic variability for a certain particle size is determined. The 2 mL vials are pierced at the bottom and the materials are dispensed by vibration of the vial over the selected well. The vibrating arm is controlled by a feedback from the balance allowing for the accurate dispensing of the powder. The robot dispenses 4 mg/well in a standard analysis and 4 repetitions are needed in most the cases. This allows 20 plant samples/plate to be analysed.

Once the samples are formatted, the 96-well plates are processed by an automated liquid handling system (Figure 2). Here a mild pretreatment is performed on the plant materials by adding 350 μL of acid or alkaline solutions and heating the plate on an adapted block. To avoid evaporation during the analysis, the 96 well plates are sealed with a silicone matt. The temperature and time of the pretreatment can be modified according to the materials being studied. The maximum temperature, however, is 100 °C. An alternative procedure for testing harsher pretreatments is to pretreat the materials off line and eliminate the pretreatmet from the process.

Determination of reducing sugars released after hydrolysis was performed using a modified 3-methyl-2-benzothiazolinone hydrozone (MTBH) method3. MBTH was selected as the most suitable method because it was the easiest to automate and the least susceptible to interference from compounds such as proteins. We modified this highly sensitive method for use on the robotic platform so that it could accurately quantify sugars at the concentrations present in the biomass hydrolysates, with a final volume of 250 μL which is suitable for a standard optical 96 well plate. All the steps below are performed automatically and three independent determinations of the reducing sugars were carried out for each saccharification reaction.

Examples of different types of analyses are presented in figure 3 and 4. All the results were obtained by using the automated platform. Figure 3 represents the increase in reducing sugars released by 8 h incubations from ground poplar with increasing amounts of cellulolytic enzymes. Figure 4 presents the effects of acid and alkaline pretreatment on poplar samples. The NaOH pretreatment is more efficient that the diluted H2SO4 pretreatment in facilitating the release of sugars during hydrolysis. The amount of sugars measured after hydrolysis decreases when the pretreatment is performed using NaOH concentrations higher than 1M. 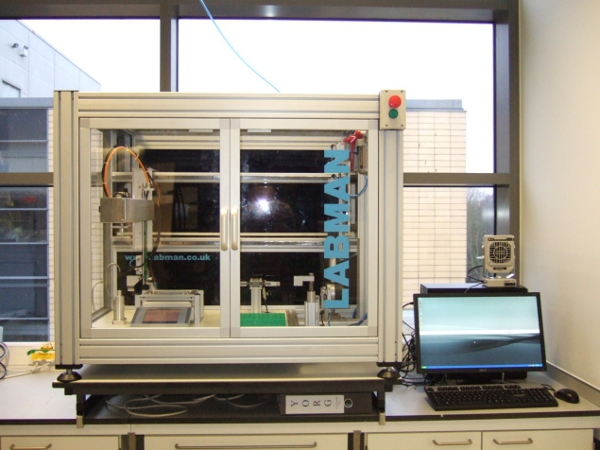 Figure 1. Robotic station for grinding and 96 well formatting of biomass 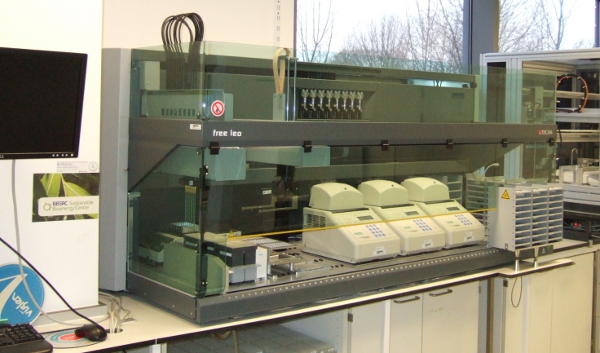 Figure 3. Effect of different enzyme loadings on the release of reducing sugar equivalents from poplar samples 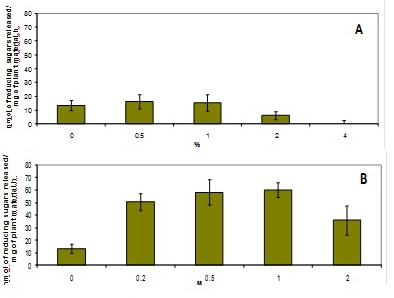 Variations of the standard saccharification protocol can be used in the same platform for determining the activity of cellulolytic enzymes (i.e. by variation of the enzyme concentrations used in a plate as well as using paper as substrate); comparison of the efficiency of several enzyme mixtures on a specific material; time course for saccharification; etc.

The authors would like to thank A Viksø-Nielsen (Novozymes) for the gift of the cellulolytic enzymes. This work was funded by FP7 RENEWAL and by BBSRC projects BB/G016178 and BB/G016194. 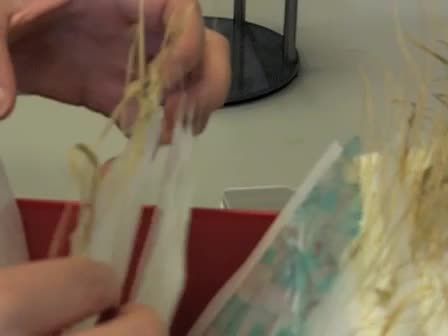