An efficient way to gain insight into how humans navigate themselves in three dimensions is described. The method takes advantage of a motion simulator capable of moving observers in ways unattainable by traditional simulators. Results confirm that movement in the horizontal plane is underestimated, while vertical movement is overestimated.

Path integration is a process in which self-motion is integrated over time to obtain an estimate of one's current position relative to a starting point 1. Humans can do path integration based exclusively on visual 2-3, auditory 4, or inertial cues 5. However, with multiple cues present, inertial cues - particularly kinaesthetic - seem to dominate 6-7. In the absence of vision, humans tend to overestimate short distances (<5 m) and turning angles (<30°), but underestimate longer ones 5. Movement through physical space therefore does not seem to be accurately represented by the brain.

Extensive work has been done on evaluating path integration in the horizontal plane, but little is known about vertical movement (see 3 for virtual movement from vision alone). One reason for this is that traditional motion simulators have a small range of motion restricted mainly to the horizontal plane. Here we take advantage of a motion simulator 8-9 with a large range of motion to assess whether path integration is similar between horizontal and vertical planes. The relative contributions of inertial and visual cues for path navigation were also assessed.

16 observers sat upright in a seat mounted to the flange of a modified KUKA anthropomorphic robot arm. Sensory information was manipulated by providing visual (optic flow, limited lifetime star field), vestibular-kinaesthetic (passive self motion with eyes closed), or visual and vestibular-kinaesthetic motion cues. Movement trajectories in the horizontal, sagittal and frontal planes consisted of two segment lengths (1st: 0.4 m, 2nd: 1 m; ±0.24 m/s2 peak acceleration). The angle of the two segments was either 45° or 90°. Observers pointed back to their origin by moving an arrow that was superimposed on an avatar presented on the screen.

Observers were more likely to underestimate angle size for movement in the horizontal plane compared to the vertical planes. In the frontal plane observers were more likely to overestimate angle size while there was no such bias in the sagittal plane. Finally, observers responded slower when answering based on vestibular-kinaesthetic information alone. Human path integration based on vestibular-kinaesthetic information alone thus takes longer than when visual information is present. That pointing is consistent with underestimating and overestimating the angle one has moved through in the horizontal and vertical planes respectively, suggests that the neural representation of self-motion through space is non-symmetrical which may relate to the fact that humans experience movement mostly within the horizontal plane. 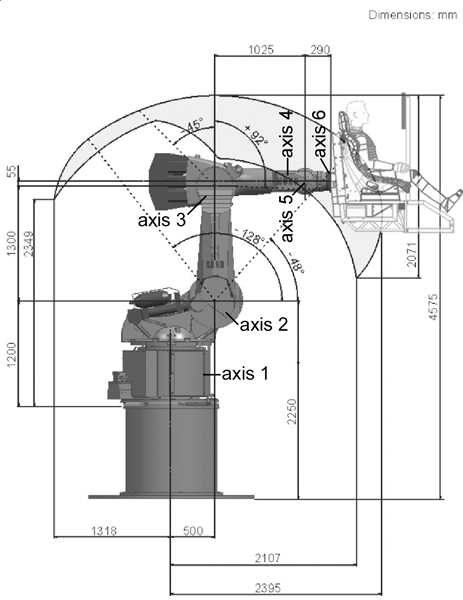 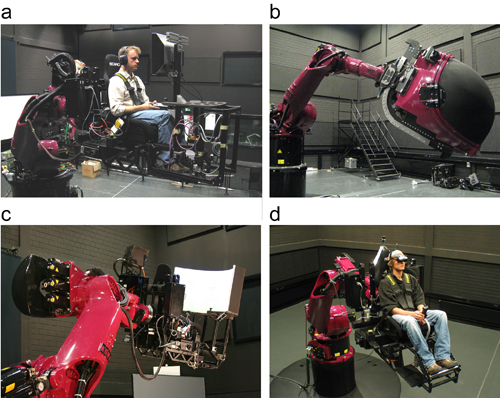 Figure 4. Procedure. a) Schematic representation of trajectories used in the experiment. b) Sensory information provided for each trajectory type tested. c) Pointing task used to indicate the origin of where participants thought that they had moved from. Click here for larger figure.

Path integration has been well established as a means used to resolve where an observer originated but is prone to underestimates of the angle one has moved through 5. Our results show this for translational movement but only within the horizontal plane. In the vertical planes participants are more likely to overestimate the angle moved through or have no bias at all. These results may explain why estimates of elevation traversed-over terrain tend to be exaggerated 10 and also why spatial navigation between different floors of a building is poor 11. These results may also be related to known asymmetries in the relative proportion of saccule to utricule receptors (~0.58) 12. Slower response time based on vestibular-kinaesthetic information alone compared to when visual information is present suggests that there may be additional delays associated with trying to determine one's origin based on inertial cues alone, which may relate to recent studies showing that vestibular perception is slow compared to the other senses 13-16. Overall our results suggest that alternative strategies for determining one's origin may be used when moving vertically which may relate to the fact that humans experience movement mostly within the horizontal plane. Further, while sequential translations are rarely experienced they do occur most often in the sagittal plane - where errors are minimal - such as when we walk toward and move on an escalator. While post-experiment interviews did not reflect different strategies among the planes, experiments should explore this possibility. Experiments with trajectories using additional degrees of freedom, longer paths, with the body differently orientated relative to gravity, as well as using larger fields of view which are now possible with the MPI CyberMotion Simulator are planned to further investigate path integration performance in three dimensions. 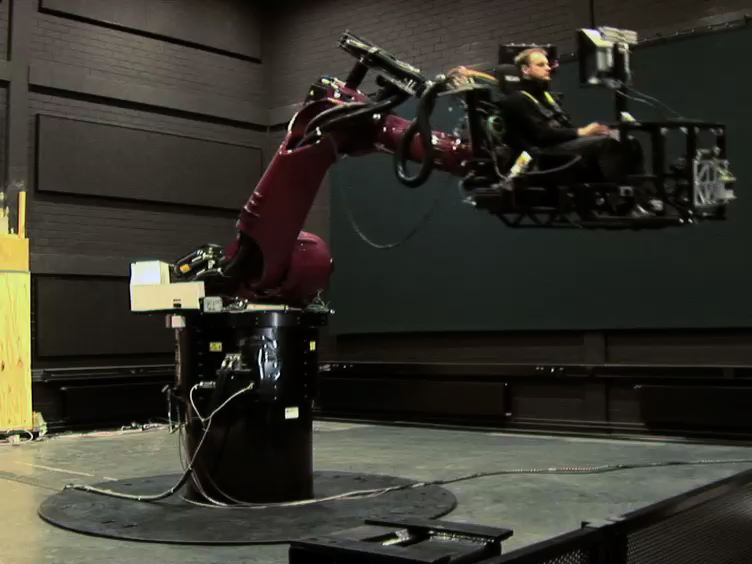