Magnetic resonance imaging (MRI) provides a powerful tool to evaluate the effectiveness of process equipment during operation. We discuss the use of MRI to visualize mixing in a static mixer. The application is relevant to personal care products, but can be applied to a broad range of food, chemical, biomass and biological fluids.

Mixing is a unit operation that combines two or more components into a homogeneous mixture. This work involves mixing two viscous liquid streams using an in-line static mixer. The mixer is a split-and-recombine design that employs shear and extensional flow to increase the interfacial contact between the components. A prototype split-and-recombine (SAR) mixer was constructed by aligning a series of thin laser-cut Poly (methyl methacrylate) (PMMA) plates held in place in a PVC pipe. Mixing in this device is illustrated in the photograph in Fig. 1. Red dye was added to a portion of the test fluid and used as the minor component being mixed into the major (undyed) component. At the inlet of the mixer, the injected layer of tracer fluid is split into two layers as it flows through the mixing section. On each subsequent mixing section, the number of horizontal layers is duplicated. Ultimately, the single stream of dye is uniformly dispersed throughout the cross section of the device.

Using a non-Newtonian test fluid of 0.2% Carbopol and a doped tracer fluid of similar composition, mixing in the unit is visualized using magnetic resonance imaging (MRI). MRI is a very powerful experimental probe of molecular chemical and physical environment as well as sample structure on the length scales from microns to centimeters. This sensitivity has resulted in broad application of these techniques to characterize physical, chemical and/or biological properties of materials ranging from humans to foods to porous media 1, 2. The equipment and conditions used here are suitable for imaging liquids containing substantial amounts of NMR mobile 1H such as ordinary water and organic liquids including oils. Traditionally MRI has utilized super conducting magnets which are not suitable for industrial environments and not portable within a laboratory (Fig. 2). Recent advances in magnet technology have permitted the construction of large volume industrially compatible magnets suitable for imaging process flows. Here, MRI provides spatially resolved component concentrations at different axial locations during the mixing process. This work documents real-time mixing of highly viscous fluids via distributive mixing with an application to personal care products.

The SAR mixer is composed of a number of different plate geometries; these geometries are shown in Fig. 3. Each laser-cut Poly (methyl methacrylate) (PMMA) plate is 1.59 mm thick and has a rectangular key at the bottom so that it can be aligned in a PVC pipe with an acrylic rod. The geometry is similar to those described in [3, 4], except that the walls in the expansions and contractions are formed by a series of discrete “staircase” steps due to the alignment of discrete plates rather than smooth diagonal surfaces. Although the material of construction here is PMMA and PVC, opaque non-metallic mixers can be constructed as well.

2. Flow system with MR imaging system and a mixer

3. Characterization of the test fluid

In this work, the rheological properties of the two solutions were indistinguishable and are illustrated in Fig. 7, data were fit to a power law model and show shear thinning behavior.

Characterize the viscoelastic properties of the 0.2% w/w carbopol solution with small amplitude oscillatory testing. Perform the dynamic testing at a fixed stress of 1 Pa, which corresponds to the linear viscoelastic region. Measure strain over a frequency sweep from 628 - 0.63 rad/s (100-0.10 Hz) in logarithmic mode with 10 points/decade.

The storage and loss moduli, G’ and G” respectively, are shown in Fig. 8. The curves are characteristic of a gel system with G’>G” and G’ fairly constant [5]. Values of tan(δ) = G”/G’ increase from 0.05 at lower frequencies to 0.3 − 0.5 at higher frequency. The corresponding phase lag (δ) followed the same trend, with the limits being δ=0 for Hookean solids and δ=π/2 for Newtonian fluids.

These Reynolds number values are much less than 1.0 and characterize flows in which viscous forces dominate the inertial forces. In other words, the mixing is by laminar stretching and shearing rather than turbulence.

This work uses a solenoid with four turns, encasing a cylindrical volume 60 mm in diameter and 60 mm long. This coil closely fits the PVC pipe and achieved a good signal-to-noise ratio of the signal.

This pulse sequence was chosen since the signal intensity is sensitive to material spin-lattice relaxation time. The relative signal intensity between two materials with different relaxation times is calculated from an equation. The signal intensity differences, total acquisition time for the image relative to the influence of molecular diffusion during the image acquisition all need to be considered in selecting the appropriate experimental parameters. Additionally, the concentration of the contrast agent (MnCl2) is chosen such that the signal intensity changes resulting from contrast agent concentration are linear. The addition of MnCl2 decreases the spin-lattice relaxation time (T1) of the test fluid from 2.998 s (undoped) to 0.515 s (doped). The doped Carbopol solution appears brighter than the undoped Carbopol solution in the images since the intensity is highly weighted by the spin lattice relaxation time. The pulse sequence parameters are an echo time (TE) of 2 ms and a repetition time (TR) of 30 ms; the field of view (FOV) is 64 mm per 128 encodings which yields an in-plane spatial resolution of 0.5 mm/voxel. With this multi-slice sequence, we acquire 32 cross sectional slices of thickness 1.4 mm per imaging slice.

Figure 10 illustrates images at the slit nozzle (injector) to show the cross sections as doped and undoped enter the first repeating unit. These images also clearly show the difference in signal intensity between 100% doped fluid and undoped fluid.

The SAR mixer effectively and uniformly splits flow as illustrated in the images of the H Platesdownstream from the 1st, 2nd, and 3rd mixing sections (Fig. 11, first row). The number of doped fluid “stripes” double through each mixing section. The second row of Fig. 11 illustrates the image analysis procedure that thresholds the images to “1”s (stripes) and “0”s (everything else). These processed images clearly illustrate the increase of interfacial area between the doped and undoped fluids as the fluid splits and recombines.

Sequential images through the second mixing section are shown in Fig. 12. 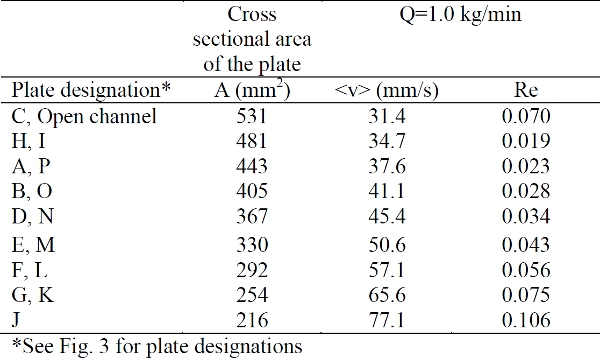 Table 1. Cross sectional area of each plate and average velocity through the cross section, with corresponding Reynolds number (Re); defined for a power law fluid (PL), using an equivalent diameter.

Figure 1. Photograph to illustrate flow through a split-and-recombine mixer using Carbopol dyed red as the minor component and undyed Carbopol solution as the major component. 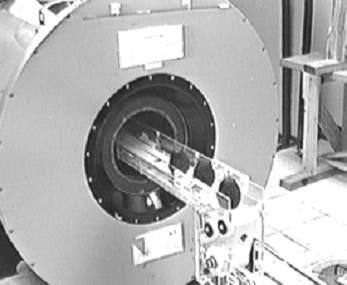 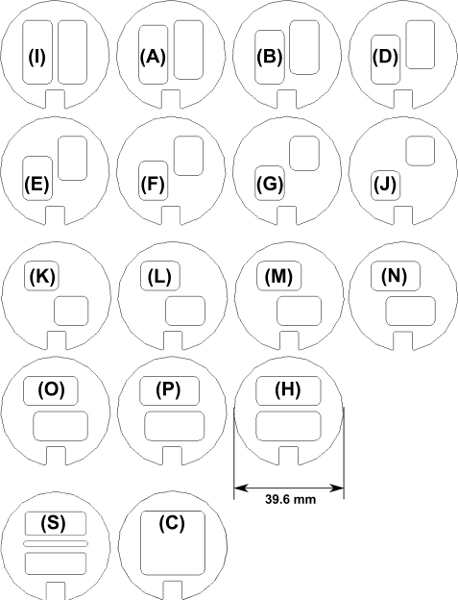 Figure 3. Plate types and letter designations that are used to create a repeating unit in the SAR mixer.

Figure 4. Schematic of the spilt-and-recombine mixer. 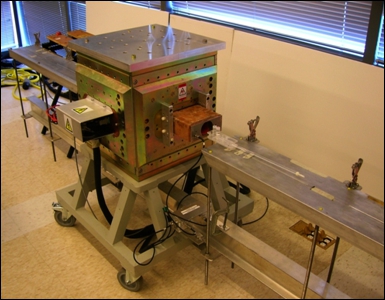 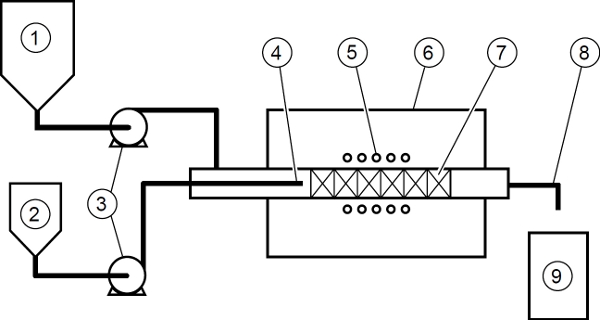 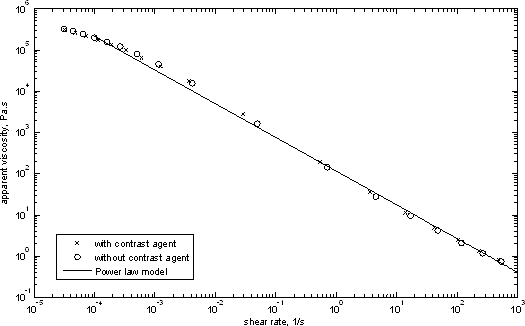 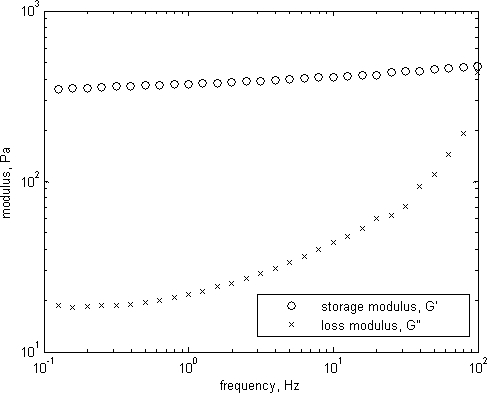 Figure 10. Two images at the injector: the upstream section of the nozzle has a circular cross section for the doped fluid which gradually becomes a slit at the entrance to the first repeating unit of the SAR mixer. 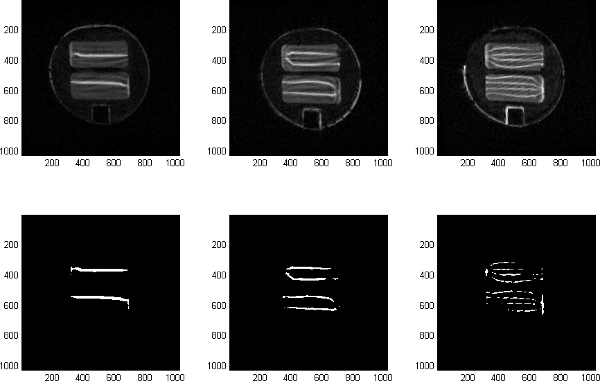 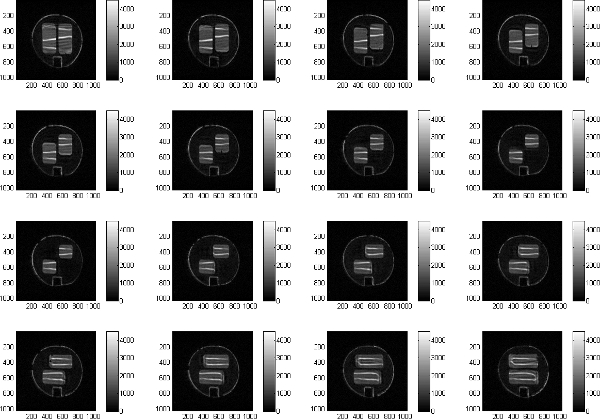 Figure 12. Sequences of 16 sequential images through the second mixing section. Please click here to see a larger version of figure 12.

Magnetic resonance imaging is a rapid and quantitative method for analysis of fluid mixing. The measurement requires a few minutes to make and provides concentration of fluid as a function of position in the split-and-recombine mixer. This technique is suitable for application to a wide range of mixing problems and geometries [6-11]. Limitations to the technique are that a nonmagnetic mixer must be constructed and used in the MRI equipment, and at least one of the materials must provide a sufficient signal for data acquisition. A sufficient signal requires an NMR active nuclei with a sufficient number density.

MRI can also be used to quantify mixing of solids and liquids, two liquids with significantly different rheological properties as well as mixing in reacting systems. The mixing of solids into a liquid will yield different images than those of the SAR mixer. In the mixing of solids the solid component signal decays rapidly and is not imaged; hence, the signal is from the liquid only and the concentration of solid is derived from the signal loss compared to pure liquid signal.

The authors would like to thank Aspect Imaging (Industrial Area Hevel Modi'in, Shoham, Israel) for the pulse sequences used in the study. This work was partially funded by an award from the Center for Process Analytical Chemistry of the University of Washington (Seattle, WA, USA), as well as in-kind contributions and financial support from Procter and Gamble Company. 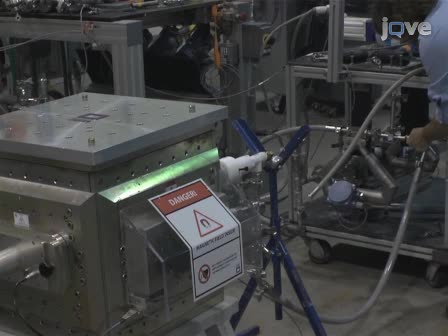