The purpose of this investigation was to assess whether using an infra-red thermal camera is a valid tool for detecting and quantifying the muscle soreness after exercising.

Delayed onset muscle soreness (DOMS), also known as exercise induced muscle damage (EIMD), is commonly experienced in individuals who have been physically inactive for prolonged periods of time, and begin with an unexpected bout of exercise1-4, but can also occur in athletes who exercise beyond their normal limits of training5. The symptoms associated with this painful phenomenon can range from slight muscle tenderness, to severe debilitating pain1,3,5. The intensity of these symptoms and the related discomfort increases within the first 24 hours following the termination of the exercise, and peaks between 24 to 72 hours post exercise1,3. For this reason, DOMS is one of the most common recurrent forms of sports injury that can affect an individual’s performance, and become intimidating for many1,4.

For the last 3 decades, the DOMS phenomenon has gained a considerable amount of interest amongst researchers and specialists in exercise physiology, sports, and rehabilitation fields6. There has been a variety of published studies investigating this painful occurrence in regards to its underlying mechanisms, treatment interventions, and preventive strategies1-5,7-12. However, it is evident from the literature that DOMS is not an easy pathology to quantify, as there is a wide amount of variability between the measurement tools and methods used to quantify this condition6. It is obvious that no agreement has been made on one best evaluation measure for DOMS, which makes it difficult to verify whether a specific intervention really helps in decreasing the symptoms associated with this type of soreness or not. Thus, DOMS can be seen as somewhat ambiguous, because many studies depend on measuring soreness using a visual analog scale (VAS)10,13-15, which is a subjective rather than an objective measure. Even though needle biopsies of the muscle, and blood levels of myofibre proteins might be considered a gold standard to some6, large variations in some of these blood proteins have been documented 6,16, in addition to the high risks sometimes associated with invasive techniques.

Therefore, in the current investigation, we tested a thermal infra-red (IR) imaging technique of the skin above the exercised muscle to detect the associated muscle soreness. Infra-red thermography has been used, and found to be successful in detecting different types of diseases and infections since the 1950’s17. But surprisingly, near to nothing has been done on DOMS and changes in skin temperature. The main purpose of this investigation was to examine changes in DOMS using this safe and non-invasive technique.

* A series of tests were done at our labs using the FLIR 660 IR Camera (Fig. 8), where we compared images of the skin at different angles (0 (perpendicular), 15, 30, 45, and 60 degrees), and at different distances (1, 2, and 5 meters) from the skin, to accurately detect the temperature of the skin. All images were compared to calibrated thermocouples, and the best correlation between the images and the thermocouple readings was at a perpendicular angle and at a distance of 1 meter away from the skin (r = 0.93). The different angles and distances caused a pixilation loss, and decreased the overall correlation between the images and the thermocouple readings.

Figure 1. A representative graph of the differences in skin temperature in the exercised arms (Diamonds), and un-exercised arms (Squares) of the 41 subjects over the 3 day time period. 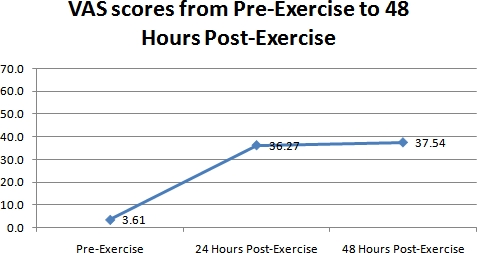 Figure 2. A representative graph of the differences in perceived muscle soreness measured with the VAS over the 3 day time period for all the 41 subjects. 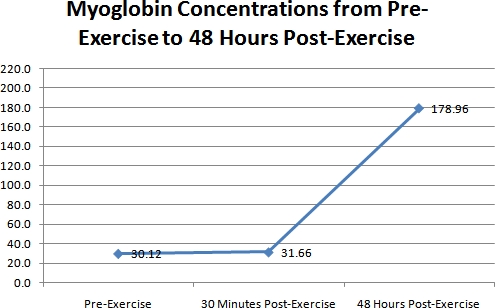 Figure 3. A representative graph of the differences in myoglobin concentrations for all the 41 subjects over the 3 time periods. 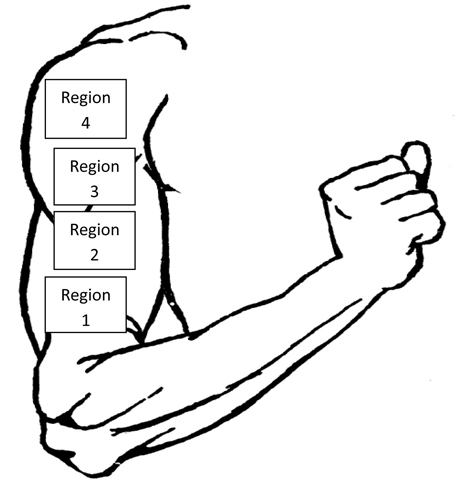 Figure 6. An illustration of the 4 regions of interest for analyzing the thermal image of the arm. 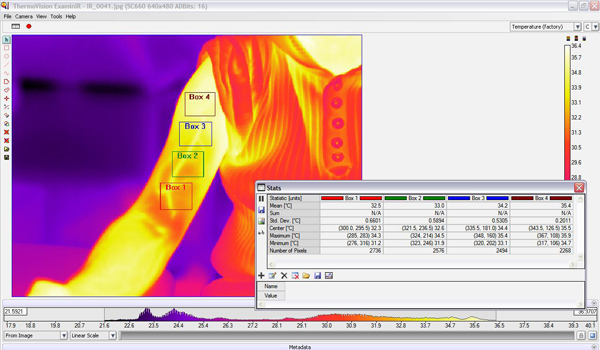 Figure 7. Software interface for the "ThermoVision ExaminIR" showing the 4 boxes of interest on an IR image of an exercised arm. Also shown are the statistical interpretations for each box.

Figure 8. The IR thermal camera used for this investigation (FLIR 660).

Figure 9. A) The Setup of the IR Camera 1 meter away from the subjects arm. B) The LED lights used in the lab where the images were taken.

Figure 10. A) The BioPac Modules used for measuring the muscle strength. B) The strain gauge device fixed to a 45° angled bench and hooked to the BioPac system. 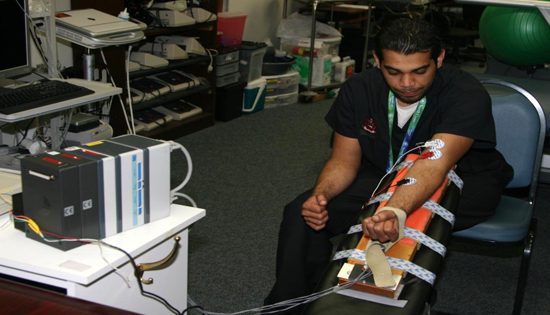 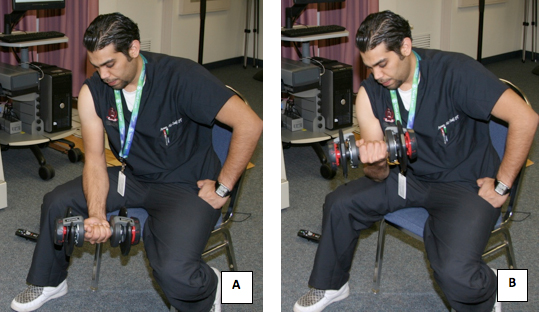 Figure 12. A subject undergoing the exercise protocol for inducing the muscle soreness.

The primary purpose of this investigation was to assess the usefulness of thermal IR imaging in detecting and measuring muscle soreness after strenuous exercise, and our results suggest that IR imaging could be a valid technique for detecting DOMS, especially within the first 24 hours of exercising. This is not surprising, as Pennes18 provided a very detailed model of heat flow from muscle to skin in limbs. This model predicts that heat in deeper tissues such as muscles can be dissipated into blood and into the skin through conductive heat exchange. When muscles exercise, obviously, tremendous heat is developed in the muscle due to frictional forces of the muscle fibers and because of the increased metabolism. Increased blood flows to the muscle would also contribute to the increased heat in the muscle after exercising. Because muscle is a shell tissue, the temperature is usually 32 to 33 °C, however when blood flow is increased to the exercised muscle it approaches the temperature of the core tissues which is 37°C 18,19. This increased blood flow should go back to normal within a couple of hours after the exercise termination. But when temperatures are still elevated at 24 hours post exercise, this shows that damage has happened to the exercised muscle. This damage in the muscle causes additional heat transfer from the muscle to the overlying skin, which causes a detectable hot spot under the skin.

IR imaging has been used to detect and diagnose many diseases17,19-24. Changes in the human body’s temperatures have always been indicators of dysfunction, where increased heat is mainly associated with some sort of inflammation or infection17. Thus, the elevated skin temperatures found 24 hours post exercise in all subjects is possibly the result of higher blood flows in muscle due to inflammation, and tissue damage repair 2. Also, no noticeable increases in the skin temperature of the un-exercised arm occurred during the 3 days of the study. Therefore, if muscle blood flow remained elevated in the exercised arm, the warmer blood would keep the muscle warm and hence the overlying skin would stay warm. As a result, breast tumors in women and skin cancer can be easily detected by IR imaging because of the increased blood flows to the affected lesion site20,21.

The elevated soreness levels (VAS) on day 2 and 3, and the increased myoglobin concentrations on day 3 are both indicators of DOMS. This shows that the subjects did get sore after the exercise session. As was seen in the results, there was a relationship between the increased skin temperatures on day 2, and the increased soreness levels on that same day. Myoglobin concentrations were still elevated on day 3, while skin temperatures were returning back to normal. This delayed release of myoglobin into the blood, could be due to the muscles slower response to inflammation and damage that occurs in the muscle fibers after exercise 25,26.

However, 3 to 5 days later, there can still be minor tissue repair and reconstruction, even though the blood flow maybe close to normal. That's why on the 3rd day we did not see a correlation between skin temperature and soreness levels, because the damage was already done. Therefore, we believe that this is predictive of soreness, because it shows that if you get sustained 24 hours increase in tissue blood flow, then you know that you've got damage to the tissue. This damage was verified by the VAS readings, and the myoglobin concentrations in the blood. Thus, the higher the skin temperature readings 24 hours post exercise, the sorer the subject would be later on.

Hence, IR thermal imaging would be of great value in detecting DOMS in its early stages. It would also be an interesting, and painless way of looking at muscles that have been exercised and are sore, hours after the exercise is over. In a sports setting, this early detection of DOMS could help in lowering the incidence of injuries from over-exercising sore muscles on days following the initial exercise.

No conflicts of interests declared.

We wish to acknowledge a contract (WS1763368) from Pfizer Pharmaceuticals for support in this work. We would also like to thank the Saudi Arabian Ministry of Higher Education (MOHE) for their support. 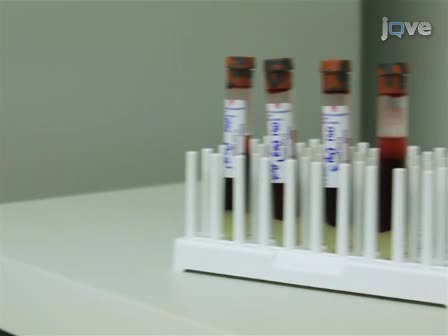