We detail how to conduct a meta-analysis of voxel-based neuroimaging studies using Seed-based d Mapping with Permutation of Subject Images (SDM-PSI).

Most methods for conducting meta-analysis of voxel-based neuroimaging studies do not assess whether effects are not null, but whether there is a convergence of peaks of statistical significance, and reduce the assessment of the evidence to a binary classification exclusively based on p-values (i.e., voxels can only be “statistically significant” or “non-statistically significant”). Here, we detail how to conduct a meta-analysis using Seed-based d Mapping with Permutation of Subject Images (SDM-PSI), a novel method that uses a standard permutation test to assess whether effects are not null. We also show how to grade the strength of the evidence according to a set of criteria that considers a range of statistical significance levels (from more liberal to more conservative), the amount of data or the detection of potential biases (e.g., small-study effect and excess of significance). To exemplify the procedure, we detail the conduction of a meta-analysis of voxel-based morphometry studies in obsessive-compulsive disorder, and we provide all the data already extracted from the manuscripts to allow the reader to replicate the meta-analysis easily. SDM-PSI can also be used for meta-analyses of functional magnetic resonance imaging, diffusion tensor imaging, position emission tomography and surface-based morphometry studies.

Since the introduction of magnetic resonance imaging, the neuroimaging community has published thousands of studies of the neural substrates of psychological functions and neuropsychiatric disorders. To summarize these findings, several methods have been developed1,2,3,4,5,6. Original voxel-based neuroimaging studies report the coordinates of the peaks of statistical significance (e.g., in a comparison of gray matter volume between patients and controls), and meta-analytic methods commonly assess whether there is convergence of peaks in certain brain regions.

However, we have previously shown that these tests for convergence of peaks rely on delicate assumptions that might influence the patterns of meta-analysis results and their statistical significance7. Specifically, these tests assume that voxels are independent and that they have the same probability of a "false" peak, while in real gray matter, voxels correlate with their neighbors and the probability that a voxel has a "false" peak depends on its tissue composition. In addition, they also encompass paradoxes such as that the statistical power increases in the presence of few true effects, and decreases when there are multiple true effects.

To overcome these problems, we developed a method that imputes the brain maps of statistical effects for each study and then conducts a standard random-effects meta-analysis to formally test whether the effects are different from zero. This method is called "Seed-based d Mapping with Permutation of Subject Images" (SDM-PSI)8 and its main features include:

We have detailed and fully validated the SDM methods elsewhere4,8,10,13,14.

Here we show how to conduct a meta-analysis of voxel-based neuroimaging studies using SDM-PSI. To exemplify the protocol, we use data from a published meta-analysis of voxel-based morphometry studies that investigated gray matter abnormalities in patients with obsessive-compulsive disorder (OCD)4. However, we will not use the methods employed in that early meta-analysis, but the aforementioned state-of-the-art procedures. The reader can download the software and these data from our website (http://www.sdmproject.com/) to replicate the analysis.

4. Collection of the data

5. Introduction of data into SDM-PSI

As shown in the map opened in MRICron when thresholding of the main analysis (Figure 2, step 7.6), patients with OCD had statistically significantly smaller gray matter volume in dorsal anterior cingulate/medial frontal cortex. The accompanying webpage details that the cluster is moderately small (143 voxels) and mainly located at Brodmann area 32, and that the peak of the cluster is at MNI [2, 32, 32], has a z-value of -4.97 and a FWER-corrected p-value of 0.01.

In the webpages obtained in steps 8.1 and 8.2, the low I2 statistic (1.5%) indicates very small heterogeneity, the funnel plot does not show asymmetries (Figure 3), and both the test for small-study effect and the test for excess of significance are negative. However, the evidence of smaller gray matter volume in dorsal anterior cingulate cortex is moderately weak, as shown in the map open in MRICron when grading evidence, especially due to limited amount of data.

When the main analysis was thresholded using a less stringent statistical significance level (step 7.3), patients also showed statistically significantly larger gray matter volume in the striatum and superior parietal gyrus (uncorrected p-values = 0.00006 and 0.0002 respectively), but the evidence of these abnormalities should be considered weaker. 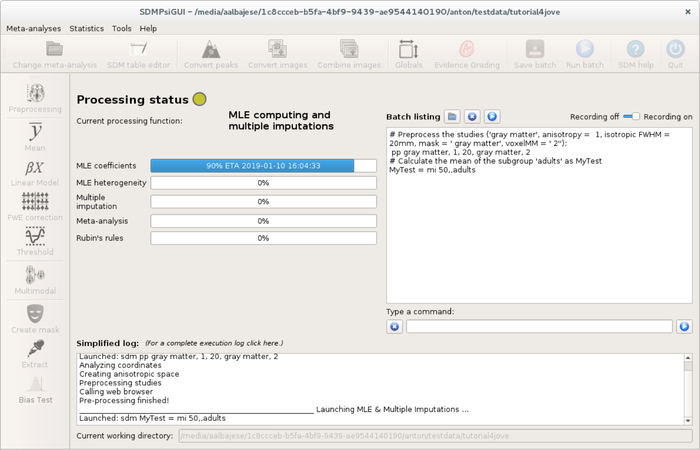 Figure 1: Main window of the SDP-PSI graphical user interface during a mean execution. Please click here to view a larger version of this figure. 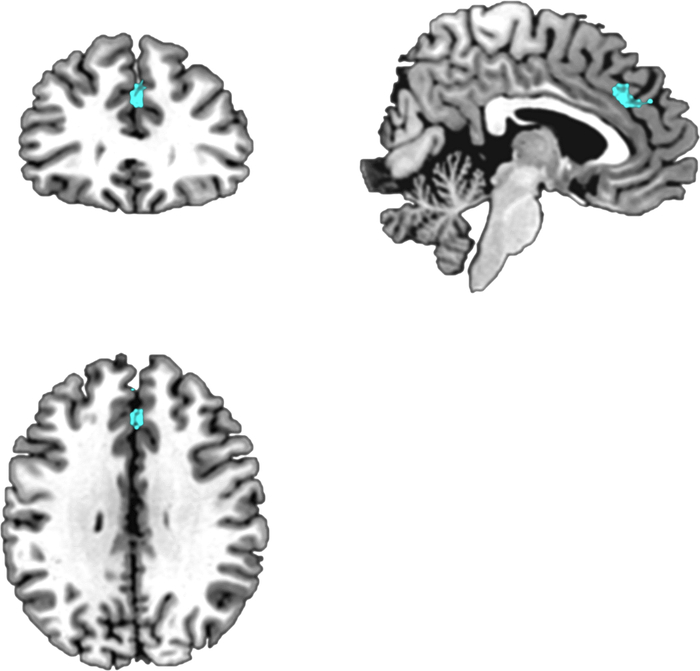 Figure 3: Funnel plot for the peak of the cluster of statistically significantly smaller gray matter volume in dorsal anterior cingulate cortex. Please click here to view a larger version of this figure.

As introduced earlier, most voxel-based meta-analytic methods use a test for convergence of peaks that has some limitations, and then conduct a binary classification of the evidence exclusively based on p-values.

In this protocol, we detailed how to conduct a voxel-based meta-analysis using SDM-PSI, which has a number of positive features including a standard permutation test to assess the statistical significance of the effects. In addition, we show how the strength of the evidence can be graded using a set of criteria that go beyond a binary classification that solely relies on one statistical significance level.

We hope that following this protocol, neuroimaging meta-analyses provide a richer and more granulate description of the evidence of neuroimaging findings.

The authors have nothing to disclosure.

This work was supported by Miguel Servet Research Contract MS14/00041 and Research Project PI14/00292 from the Plan Nacional de I+D+i 2013–2016, the Instituto de Salud Carlos III-Subdirección General de Evaluación y Fomento de la Investigación, the European Regional Development Fund (FEDER), and by PFIS Predoctoral Contract FI16/00311. The funders had no role in the design and conduct of the study; collection, management, analysis, and interpretation of the data; preparation, review, or approval of the manuscript; and decision to submit the manuscript for publication. 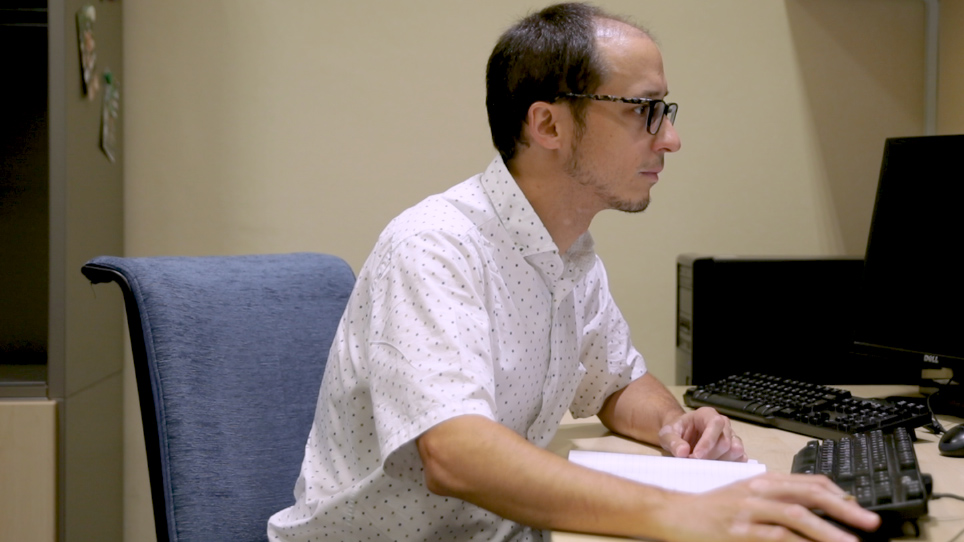