This iron redox speciation method is based on capillary electrophoresis-inductively coupled plasma mass spectrometry with sample stacking combined with short analysis in one run. The method quickly analyzes and provides low limits of quantification for iron redox species across a diverse range of tissues and biofluid samples.

Dyshomeostasis of iron metabolism is accounted in the pathophysiological framework of numerous diseases, including cancer and several neurodegenerative conditions. Excessive iron results in free redox-active Fe(II) and can cause devastating effects within the cell like oxidative stress (OS) and death by lipid peroxidation known as ferroptosis (FPT). Therefore, quantitative measurements of ferrous (Fe(II)) and ferric (Fe(III)) iron rather than total Fe-determination is the key for closer insight into these detrimental processes. Since Fe(II)/(III) determinations can be hampered by fast redox-state shifts and low concentrations in relevant samples, like cerebrospinal fluid (CSF), methods should be available that analyze quickly and provide low limits of quantification (LOQ). Capillary electrophoresis (CE) offers the advantage of fast Fe(II)/Fe(III) separation and works without a stationary phase, which could interfere with the redox balance or cause analyte sticking. CE combined with inductively coupled plasma mass spectrometry (ICP-MS) as a detector offers further improvement of detection sensitivity and selectivity. The presented method uses 20 mM HCl as a background electrolyte and a voltage of +25 kV. Peak shapes and concentration detection limits are improved by conductivity-pH-stacking. For reduction of 56[ArO]+, ICP-MS was operated in the dynamic reaction cell (DRC) mode with NH3 as a reaction gas. The method achieves a limit of detection (LOD) of 3 µg/L. Due to stacking, higher injection volumes were possible without hampering separation but improving LOD. Calibrations related to peak area were linear up to 150 µg/L. Measurement precision was 2.2% (Fe(III)) to 3.5% (Fe(II)). Migration time precision was <3% for both species, determined in 1:2 diluted lysates of human neuroblastoma (SH-SY5Y) cells. Recovery experiments with standard addition revealed accuracy of 97% Fe(III) and 105 % Fe(II). In real-life bio-samples like CSF, migration time can vary according to varying conductivity (i.e., salinity). Thus, peak identification is confirmed by standard addition.

Today, it is most evident that iron-mediated oxidative stress (OS) plays a crucial role in multiple disorders specifically in neurodegenerative brain disorders, like Alzheimer’s and Parkinson’s disease as well as in cancer1,2,3,4. OS is closely related to the state and balance of the redox-couple Fe(II)/Fe(III). While Fe(III) is redox-inactive, Fe(II) potently generates reactive oxygen species (ROS) by catalyzing H2O2 decomposition followed from hydroxyl radical production and membrane lipid peroxidation5,6. On a molecular level, Fe(II)-generated ROS and peroxidized phospholipids are a strong attack to the integrity of proteins, lipids and DNA7,8. Such detrimental cellular dysfunction was demonstrated to induce mitochondrial dysfunction with decreased ATP-content9 and can even trigger a programmed necrotic cell death, known as ferroptosis (FPT)10,11. Therefore, quantitative Fe(II)/(III) redox speciation is of eminent importance in a broad spectrum of redox-related disorders.

Chemical speciation is a well-established tool for the study of trace elements biological role and metabolism in general7,8 as well as in neurodegenerative conditions12,13,14,15,16,17. Methods for Fe-redox speciation found in literature are typically based on liquid chromatography (LC) separation. Some of the literature use inductively coupled plasma mass spectrometry (ICP-MS) as an element selective detector. However, in routine LC work, excessive purge times were needed between runs. Even more problematic, batch-to-batch variation of LC columns forced re-optimization of the elution conditions after each column change. These problems are hampering high-throughput. Additional time is required to gain acceptable reliability and thoroughly evaluate the method again.

To circumvent these drawbacks, a method is presented here for Fe(II)/Fe(III) redox speciation based on capillary electrophoresis inductively coupled plasma mass spectrometry (CE-ICP-MS). CE offers various advantages compared to LC18. Capillaries have no stationary phase and thus depend (nearly) not on batch identity. When aged or blocked, they are replaced quickly, showing usually unchanged performance. The purge and cleaning steps between samples are effective and short, and the analysis time per sample is short, too.

The presented method is reliable with good figures of merit. As a proof-of-principle, the method is applied to human dopaminergic neuroblastoma (SH-SY5Y) cell lysate, a sample type important in neurodegeneration as well as cancer research19.

2. Preparation and storage of standards and samples

3. Setting up instruments for hyphenation of CE to ICP-MS 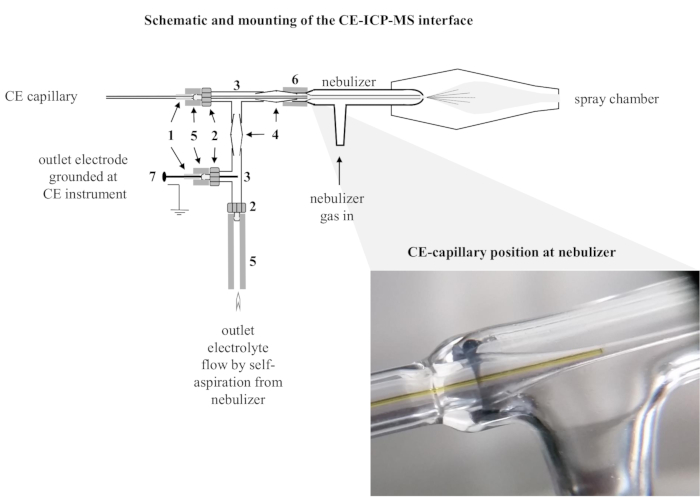 Table 2: Parts for building the simple, self-made CE-ICP-MS interface. The numbers refer also to Figure 1 and description in the text.

NOTE: Before measurement, the capillary should be flushed with strong alkaline solution (here: 12% TMAH) for cleaning and then filled with background electrolyte. For improved separation a stacking buffer sandwich is built around the sample based on conductivity and pH gradients. Table 3 summarizes the consecutive preparation steps of the capillary, which are processed automatically by the instrument according to programmed method:

Table 3: Capillary preparation steps before measurement. These steps are programmed with the CE-system software in the CE-method and include pressurized sample injection and the build-up of a "stacking sandwich" around the sample.

Measurements of standards and calibration
Migration times were elucidated by single standard injections: the Fe(III) standard was monitored at 118 s of migration time and the Fe(II) standard at 136 s of migration time. Limits of detection were calculated using 3σ criterion referring to baseline noise and a standard concentration of 50 µg/L. LOD(Fe(II) was 3.1 µg/L and LOD(Fe(III) was 3.2 µg/L. Peak area based calibration for both iron species was linear from the LOD to 150 µg/L. While linearity of Fe(III) was proven also for higher concentration, the slope of calibration curve for Fe(II) decreased. An upper concentration limit of 150 µg/L was considered to be sufficient since bio-samples relevant for Fe(II)/(III) determination typically have lower Fe concentration. In case of higher concentration, samples may be diluted accordingly. Peak-height calibration was checked up to 600 µg/L and showed linearity over the whole tested range. This is shown in Figure 2. 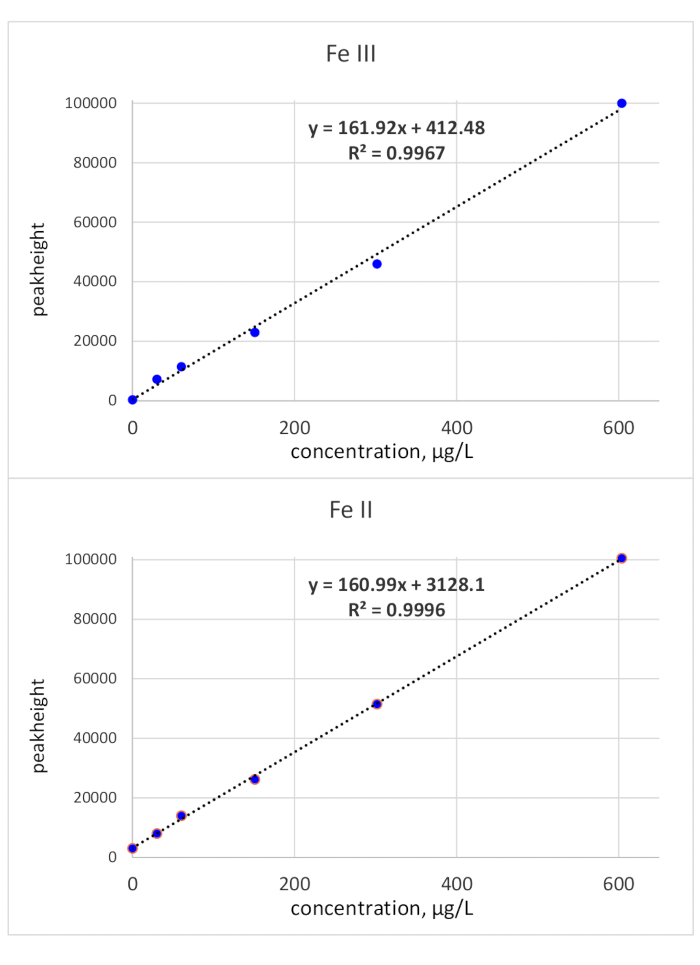 Figure 2: Calibration curves (peak height) of Fe(III) and Fe(II). Peak height-related calibrations of both Fe redox species are linear with a slope of ca. 161 *X Please click here to view a larger version of this figure. 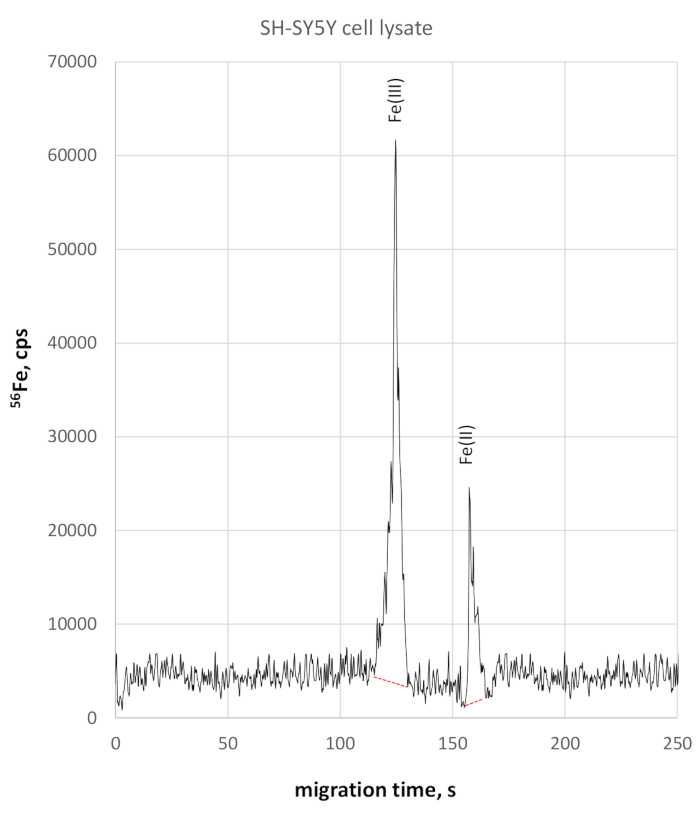 Since iron plays a prominent role in OS progression, thus facilitating mitochondrial dysfunction or FTP, a versatile CE-ICP-MS based quantitative method for simultaneous Fe(II)/Fe(III) speciation is presented in this article and its application is exemplarily demonstrated in cell lysates. The method provided short analysis time and the figures of merit (LOQ, precision, recovery) are suitable for samples being relevant for iron redox speciation specifically in neurodegenerative and cancer research. Compared to previous methods based on LC, this CE-based method is practically independent of column batches and previously observed reproducibility problems after LC-column change. Capillary preparation before each run is <4 minutes and analysis time per sample with moderate salinity up to 3 min. Apart from molecule charge and size, migration time in CZE depends on conductivity at the sample plug, which causes migration time variation or shifts when samples themselves influence conductivity considerably. Such shifts in migration time are well known in capillary electrophoresis. This is a CZE-immanent problem, known from literature21,22. Standards and SH-SY5Y cell lysates had moderate and homogenous conductivity. Consequently, migration times showed only little changes with good precision. For samples with high conductivity, however, prolonged migration times may be observed up to 5 min. Therefore, standard additions are recommended for clear species identification.

A critical issue in iron redox speciation is species stability (i.e., maintenance of Fe(II)/(III) equilibria) during sample preparation8,13. Inappropriate pH or chelating chemicals as well as inappropriate storage conditions such as oxygen (air) in contact with sample or a break in deep-frozen storage can easily change the Fe(II)/(III) balance. Therefore, for preparation of SH-SY5Y cell lysates, a lysis buffer was chosen without any chelating chemicals, physiological pH, but inert gas overlay during sample preparation, in sample containers and immediate deep freezing was applied for these samples.

In the literature, one can find semi-quantitative approaches to monitor Fe(II). For improved understanding of iron´s role in oxidative stress, several research groups developed Fe(II)-specific probes to semi-quantitatively monitor and visualize aberrant elevation of ferrous iron in vitro. However, important to note, such probes do not consider Fe(III) and do not quantify but report just “more” or “less” Fe(II)). To date, only a few biomarkers are available to determine OS and FPT, being due to the lack of reliable methods to simultaneously quantify the Fe(II)/Fe(III) redox species23,24. Having this in mind, the presented method - facilitating fast quantification of both, Fe(III) and Fe(II) in one run - may become a promising tool to deepen the insight into iron-dependent molecular processes.

VV was supported by the intramural research grant (Forschungsförderung) of the University Medical Center Göttingen and the Else Kröner research program of the Else Kröner-Fresenius-Stiftung. 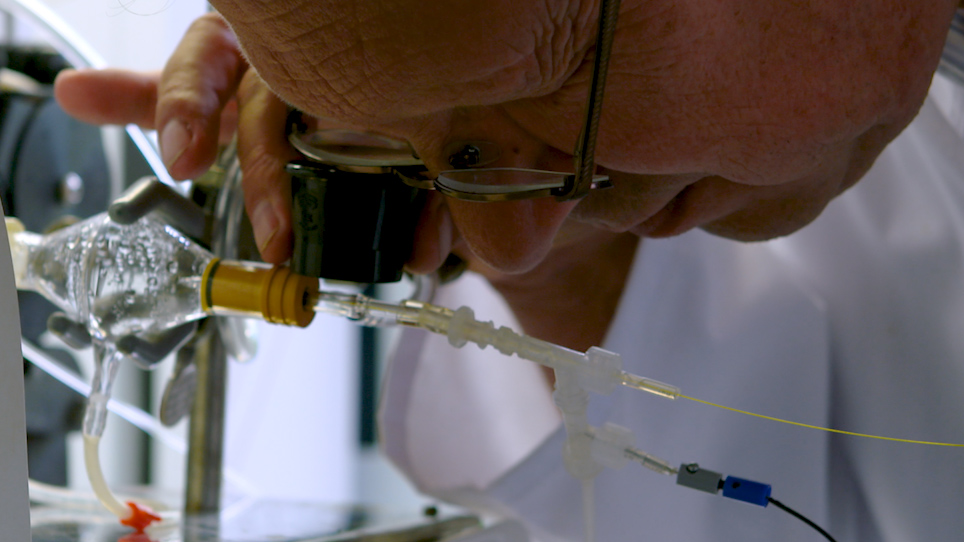