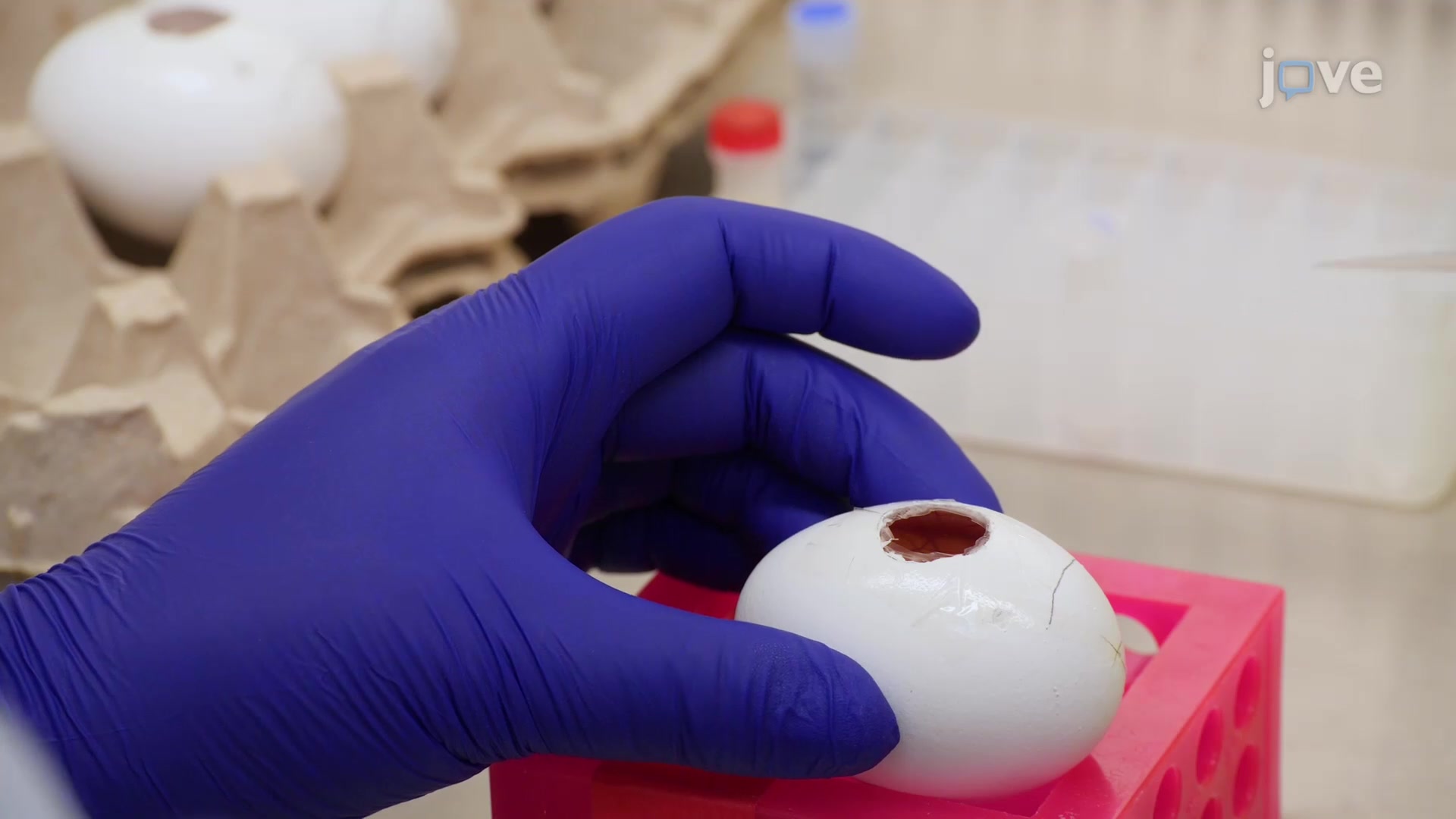 In certain metastasizing cancers, tumor cells extend away from the site of origin and penetrate the nerve tissues, a phenomenon called perineural invasion or PNI.

PNI can be demonstrated in ovo on the surface of the chorioallantoic membrane or CAM, which mimics the basement membrane of the human epithelial tissue.

Next, isolate the dorsal root ganglia or DRG from a mouse’s spinal cord. DRG is a cluster of sensory neurons using which the cancer cells invade the perineural space.

Incubate the DRG in a suitable medium with a fluorescent dye to label them for easy visualization. Now, transfer the DRG onto the CAM surface without rupturing the membrane.

Cover the egg with a transparent film to prevent microbial contamination. Thereafter, incubate the egg to facilitate DRG integration into CAM.

Following incubation, seed the fluorescently labeled cancer cells on a dry surface of CAM, away from the DRG. The dry surface minimizes the spread of cancer cells and allows regular tumor formation.

Seal the eggshell opening and incubate it to allow DRG-cancer cell interaction. Under the microscope, the cancer cells can be observed growing towards the engrafted DRG, demonstrating PNI.