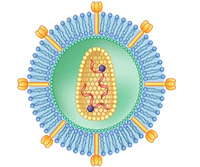 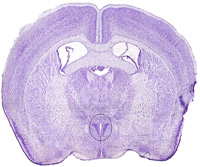 Functional magnetic resonance imaging (fMRI) is a non-invasive neuroimaging technique used to investigate human brain function and cognition in both healthy individuals and populations with abnormal brain states. Functional MRI utilizes a magnetic resonance signal to detect changes in blood flow that are coupled to neuronal activation when a specific task is performed. This is possible because hemoglobin within the blood has different magnetic properties depending on whether or not it is bound to oxygen. When a certain task is performed, there is an influx of oxygenated blood to brain regions responsible for that function, and this influx can then be detected with specific MRI scan parameters. This phenomenon is termed the blood oxygen level ependent (BOLD) effect, and can be used to create maps of brain activity.

This video begins with a brief overview of how MRI and fMRI signal is obtained. Then, basic experimental design is reviewed, which involves first setting up a stimulus presentation that is specifically designed to test the function that will be mapped. Next, key steps involved in performing the fMRI scan are introduced, including subject safety and setting up at the scanner. Commonly used steps for data processing are then presented, including pre-processing and statistical analysis with the general linear model. Finally, some specific applications of fMRI are reviewed, such as investigations into abnormal function in psychological disorders, and combining fMRI with complimentary imaging modalities, such as diffusion tensor imaging (DTI).

This method makes use of strong magnets to create maps of brain activity by detecting changes in blood flow that are coupled to neuronal activation. This imaging technique has excellent spatial and good temporal resolution, and is noninvasive, since it does not require injections or involve exposing subjects to ionizing radiation.

This video will cover how fMRI signal is obtained, basic experimental design, fMRI acquisition, as well as basic data processing.

First, let’s take a look at how magnetic resonance imaging works. Essentially, MRI machines, or “scanners” are very strong electromagnets, typically 1.5 - 3 tesla (T), that use the magnetic properties of tissue in the body to create pictures.

When a patient or study participant is outside of the scanner, the hydrogen nuclei belonging to water molecules in tissue spin in a disordered fashion. When a magnetic field is applied, they become more ordered. When the subject within the magnetic field is exposed to oscillating radio frequency pulses, the angle of spinning nuclei transition from state to state and give off a signal read by the scanner to produce an image.

Functional MRI is possible because the hemoglobin within our blood has different magnetic properties depending on whether or not it is bound to oxygen. When de-oxygenated, it is “paramagnetic,” meaning that it causes a field inhomogeneity, or a slight disruption in the local magnetic field, that decreases the magnetic resonance signal obtained from surrounding tissue.

Taking advantage of this phenomenon, brain activation can be measured based on the how blood flow responds to neuronal activation. When neurons fire, their increased metabolism results in an influx of oxygenated blood, resulting in a decrease in the amount of deoxygenated hemoglobin in the region.

This results in more signal in the area surrounding the active neurons due to decreased inhomogeneity, and is referred to as Blood Oxygenated Level Dependent, or BOLD, signal.

The plot of the MRI signal, called the hemodynamic response function, looks like this, with the signal intensity in a region increasing after neuronal activation.

The scanner can be set up to image for this phenomenon using an image sequence sensitive to blood oxygenation. The entire brain volume needs to be imaged every few seconds, to capture the timing of the BOLD effect.

Like all scientific experiments, those involving fMRI begin by establishing a hypothesis. Then, a stimulus presentation pattern, or paradigm, should be designed to test the brain function of interest. Designs can range from a basic block paradigm, containing extended periods of stimulus exposure, to a more complex event-related design, in which stimuli are presented briefly and spaced out over the course of the trial.

Appropriate scan parameters that will work for the experimental design also need to be selected, using an MRI sequence sensitive to BOLD signal.

Before running any experiment on human subjects, approval from an ethics or institutional review board is required. Then, appropriate study participants can be recruited.

Before the scan, subjects must first be screened for MRI safety, and any participants with MRI counter-indications, like the presence of a cardiac pacemaking device, must be excluded. Written and informed consent must also be obtained, and all metallic items must be removed from the subject’s body.

Next, the nature of the experiment and the functional task directions should be reviewed, as subject performance is critical for robust results.

In the scanner room, hearing protection should be provided before placing the head coil with padding around the head to reduce motion. The stimulus presentation equipment also needs to be set up. Goggle or projector systems are often used for visual presentation, but other types of stimulus delivery equipment exist.

Once the subject is comfortable, the scanner bed is sent into the magnet bore. Then, the imaging sequences are set up, including a high-resolution anatomical scan to reregister to the functional scans.

The subject should be reminded of the task instructions, and the functional acquisition needs to be synchronized with the start of the task paradigm. This is critical, as the task timing needs to be matched with image acquisition timing for accurate BOLD measurements.

The subject should be monitored during the scan, and additional functional runs performed if necessary. Finally, the subject is helped out of the scanner and off the scanner bed.

First, fMR data should be pre-processed to remove image artifacts and prepare it for statistical analysis. This involves slice time correction and motion correction, as well as co-registration to the anatomical image.

For group studies, normalization to a standard template space is often performed as well, so the brain areas and spatial coordinates can be compared across subjects.

Once data is prepped, statistical analysis is performed to locate regions with significant MR signal correlated with the stimulus or cognitive function that was tested. The general linear model is typically used to analyze task-based experiments. This model assumes that a BOLD signal was obtained that matches the expected hemodynamic response function, and convolves this function with the stimulus design.

Finally, a statistical threshold is selected to review results, which are typically displayed as a statistical parametric map, using a color coded scale to indicate statistically significant units of the image called “voxels,” which can be considered 3D pixels. Further analysis can be performed as needed.

Now that we’ve introduced how an fMRI experiment is designed, run, and analyzed, let’s look at some specific applications of this method. fMRI is used to gain understanding of ‘normal’ human brain function and cognition, such as motor, visual, and language processing, to name a few. Although these are seemingly basic functions, there is still much to be learned about these and many other cognitive processes.

In addition, fMRI can be used to investigate brain function in diseased brain states and psychological disorders. There are many active areas of research such as anxiety disorders, posttraumatic stress disorder, autism, and dementia.

fMRI can also be combined with other MR techniques or other types of imaging to further investigate brain functions, such as diffusion tensor imaging, electroencephalography or ‘EEG,’ and even transcranial magnetic stimulation, or ‘TMS.'

There are also resting state fMRI analysis techniques that can be used to investigate functional connectivity, such as independent component analysis and cross correlation analysis.

We’ve learned that fMRI is a robust and non-invasive imaging technique that can be used to investigate many aspects of human brain function and cognition.

Thanks for watching, good luck with your experiments, and remember that MRI safety always comes first!