In this video we demonstrate a protocol to establish mouse thymic lymphoma cell lines. By following this protocol, we have successfully established several T-cell lines from Atm-/- and p53-/- mice with thymic lymphoma.

Established cell lines are a critical research tool that can reduce the use of laboratory animals in research. Certain strains of genetically modified mice, such as Atm-/- and p53-/- consistently develop thymic lymphoma early in life 1,2, and thus, can serve as a reliable source for derivation of murine T-cell lines. Here we present a detailed protocol for the development of established murine thymic lymphoma T-cell lines without the need to add interleukins as described in previous protocols 1,3. Tumors were harvested from mice aged three to six months, at the earliest indication of visible tumors based on the observation of hunched posture, labored breathing, poor grooming and wasting in a susceptible strain 1,4. We have successfully established several T-cell lines using this protocol and inbred strains ofAtm-/- [FVB/N-Atmtm1Led/J] 2 and p53-/- [129/S6-Trp53tm1Tyj/J] 5 mice. We further demonstrate that more than 90% of the established T-cell population expresses CD3, CD4 and CD8. Consistent with stably established cell lines, the T-cells generated by using the present protocol have been passaged for over a year.

An Atm-/- T-cell line developed using this protocol and designated DWJ-Atm-1 was characterized by staining with anti-CD3-FITC, anti-CD4-APC and anti-CD8-PE and flow cytometry analysis (Figure1). More than 90% of the T-cells were CD3, CD4 and CD8 triple-positive. 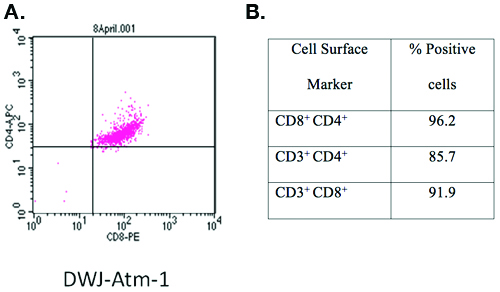 Figure 1. Characterization of a T-cell line developed using this protocol.

The cell surface markers of an established Atm-/- cell line designated DWJ-Atm-1 were characterized by staining with anti-CD3-FITC, anti-CD4-APC, anti-CD8-PE and flow cytometry analysis. Briefly, 1X106 fresh cells were washed once in cold PBS (1500 rpm/5 min), and incubated at 4°C for 10 min with 200 μL of antibody cocktail (each antibody at 1:200 dilution in PBS with 1% BSA. Cells can be examined immediately while fresh or fixed for later analysis. Fixed cells are prepared by adding neutral buffered formalin at a 4% (vol/vol) final concentration and incubated at 4°C for 30 min, harvested by centrifugation (1500 rpm/5 min) and resuspended in 200 μL of PBS with 1% BSA. A total of 1 X 104 cells were analyzed by using a BD FACS Calibur analyzer and CellQuest software (BD Biosciences, San Jose, CA).

In this protocol, we provide detailed procedures to establish murine T-cell lines from two different mouse genotypes; Atm-/- [FVB/N-Atmtm1Led/J] and p53-/- [129/S6-Trp53tm1Tyj/J]. By using this protocol, a total of 6 (out of 7 attempts) Atm-/- and three (out of 5 attempts) p53-/- murine T-cell lines have been established in our laboratory. Representative data demonstrating that cell line DWJ-Atm-1, anAtm-/- cell line consists of a cell population in which greater than 90% of the cells express CD3, CD4 and CD8 surface markers confirm that clonal T-cell line can be established using our protocol.

Development of murine T-cell lines has been reported 3,6,7; however, detailed protocols for establishing these lines have not been described previously. Although only two mouse genotypes were used for derivation of murine T-cell lines in our laboratory, we believe that these procedures are applicable to a wide range of spontaneous T-cell lymphomas found in other strains of mice such as Kras defective,and potentially other animal species. Murine T-cell lines have potential applications in understanding basic questions in immunology and oncology. Currently, we are using these cell lines in studies aimed at characterizing host-pathogen interactions and genotoxin-induced cytotoxicity including mechanisms of cell cycle arrest and apoptosis. Given that murine T-cell lines share genomic alterations such as deletions of PTEN and FBXW7 in common with acute human T-cell lymphoblastic leukemias and lymphomas, they are particularly well suited for research in cancer biology 8, and may have further applications for rapid pre-clinical efficacy screening of immunological and cancer chemotherapeutic agents in vitro. Whether or not these cell lines can be propagated in vivo in either syngeneic or immunocompromised mice has not been determined.

In contrast to previous protocols in which successful establishment of a T-cell line took up to three months 6, cell lines developed using the current protocol were established within a month (between passage 2-8). We found that the presence of loosely adherent cell aggregates over attached stromal cells is a critical early indication of an established cell line. In order to allow murine T-cells to propagate indefinitely, we also found that it is important to leave the initial loosely adherent cell aggregates undisturbed during feedings. In addition, maintaining the cell density at a concentration of approximately 3x106/ mL during the first passages also promotes successful establishment of a continuous cell line. In our experience, culturing cells at different densities using several types of culture vessels maximizes the likelihood of establishing a T-cell line. Most T-cell lines were established from T-75 flasks or 6-well plates and 10 or 100 fold dilutions which correspond to approximately 1x107 or 1x106 cells/ mL. A previous protocol recommended culturing cells at 5 x 106, 1 x107,and 2 x 107 cells per well in 6-well plates, and feeding after 7 days (7). We observed that feeding initial cultures at 48 h and passage 72 h later, on day 5 is optimal. Waiting longer before the first feeding and passage will cause the cells to lose their viability and stop dividing.

The last parameter which we found is critical to successful propagation of murine T-cells in vitro is the presence of FBS in the culture medium that can support rapid cell growth. Different lots and suppliers of FBS should be screened prior to initiating the derivation of T-cell lines for identification of an appropriate reagent. If murine T-cell lines are not available for screening, primary cultures of thymic lymphocytes placed in wells of a 24-well plate at a concentration of 1x106 per mL of test medium containing concanavalin A (1μg/ mL) to stimulate rapid cell growth is adequate. In the presence of an optimal source of FBS, the number of cells should double every 18 to 24 h.

The authors wish to thank Dr. Boris Reizis from the Department of Microbiology and Immunology at Columbia University for helpful discussions. We also wish to thank Dr. Margaret Bynoe, Dr. Rodman Getchell and Deequa Mahamed from the Department of Microbiology and Immunology at the College of Veterinary Medicine, Cornell University for technical assistance with flow cytometry and Lu Huang for assistance with video editing. The authors also wish to thank the members of Duhamel and Weiss laboratories for their critical review of the manuscript and video production, and Stephanie Yazinski from the Weiss laboratory for breeding and genotyping p53-/- mice. Experiments on animals were performed in accordance with the guidelines and regulations set forth by Cornell University Institutional Animal Care and Use Committee. This research was supported in part by funds provided by the US Department of Agriculture, Cooperative State Research, Education, and Extension Service, Animal Health and Disease Research Program (to G.E.D. and R.S.W.) and NIH grants R03 HD058220 and R01CA108773 (to R.S.W). The video was produced using in-house facilities by the personnel from the Duhamel & Weiss laboratories. 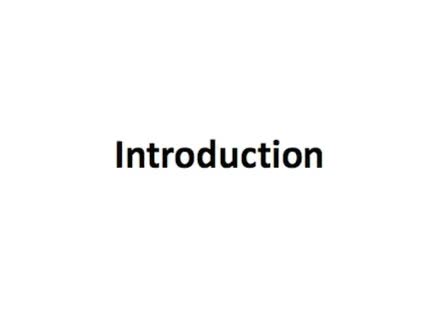