Experimental human pneumococcal carriage offers a natural model of carriage and a potential model for use in vaccine development. This technique is valuable yet complex and involves clinical risk by introducing a pathogen into a human. We have developed a detailed protocol.

Experimental human pneumococcal carriage (EHPC) is scientifically important because nasopharyngeal carriage of Streptococcus pneumoniae is both the major source of transmission and the prerequisite of invasive disease. A model of carriage will allow accurate determination of the immunological correlates of protection, the immunizing effect of carriage and the effect of host pressure on the pathogen in the nasopharyngeal niche. Further, methods of carriage detection useful in epidemiologic studies, including vaccine studies, can be compared.

We aim to develop an EHPC platform that is a safe and useful reproducible method that could be used to down-select candidate novel pneumococcal vaccines with prevention of carriage as a surrogate of vaccine induced immunity. It will work towards testing of candidate vaccines and descriptions of the mechanisms underlying EHPC and vaccine protection from carriage1. Current conjugate vaccines against pneumococcus protect children from invasive disease although new vaccines are urgently needed as the current vaccine does not confer optimal protection against non-bacteraemic pneumonia and there has been evidence of serotype replacement with non-vaccine serotypes2-4.

We inoculate with S. pneumoniae suspended in 100 μl of saline. Safety is a major factor in the development of the EHPC model and is achieved through intensive volunteer screening and monitoring. A safety committee consisting of clinicians and scientists that are independent from the study provides objective feedback on a weekly basis.

The bacterial inoculum is standardized and requires that no animal products are inoculated into volunteers (vegetable-based media and saline). The doses required for colonization (104-105) are much lower than those used in animal models (107)5. Detecting pneumococcal carriage is enhanced by a high volume (ideally >10 ml) nasal wash that is relatively mucus free. This protocol will deal with the most important parts of the protocol in turn. These are (a) volunteer selection, (b) pneumococcal inoculum preparation, (c) inoculation, (d) follow-up and (e) carriage detection.

Our current protocol has been safe in over 100 volunteers at a range of doses using two different bacterial serotypes6. A dose ranging study using S. pneumoniae 6B and 23F is currently being conducted to determine the optimal inoculation dose for 50% carriage. A predicted 50% rate of carriage will allow the EHPC model to have high sensitivity for vaccine efficacy with small study numbers.

Our method of carriage assessment is a nasal wash, chosen because a recent study10 showed that 91% of volunteers found nasal wash to be more comfortable than nasopharyngeal swab; the nasal wash was also more likely to detect pathogens using microbiological culture. Microbial flora recovered on blood agar plates inoculated with NW can be variable and difficult to read. Gentamicin is used on the first blood agar plate to select for pneumococcus. The chocolate agar plate and the second blood agar plate are used to detect other potential respiratory pathogens which may help or hinder pneumococcal colonization. An example of a blood agar plate inoculated with NW that is easy to read is shown in Figure 1a; a difficult plate containing numerous kinds of flora is shown in Figure 1b.

At every appointment volunteers were asked to describe any upper respiratory tract symptoms, if present, and comparisons between carriers and non-carriers were highlighted. Of the 145 people recently inoculated with pneumococcus, 28 complained of symptoms (Table 1). Eight of these were carriers, twenty were not. The most common symptoms were non-specific nasal symptoms (Table 1). Of the cases in which there were reported systemic symptoms, including fever and/or malaise, none of the investigations undertaken showed evidence of pneumococcal disease and symptoms were consistent with concurrent viral infection except in one case of tonsillitis. Two pneumococcal positive volunteers were treated with antibiotics. One complained of sore throat and ear ache and, after meeting with the study doctor, was advised to take antibiotics as a precaution. The other volunteer was diagnosed clinically with tonsillitis. All volunteers had rapid resolution of symptoms.

Table 1. Characterization of volunteer reported symptoms following S. pneumoniae 6B inoculation. All complaints were reviewed by the external safety committee and, following full investigations, no symptoms were attributed to pneumococcal disease. The most common symptoms were sore throat, stuffed nose and flu-like illness.

The EHPC platform has a number of potential uses including use as a mucosal vaccine model and as a surrogate of protection for testing novel protein vaccines. The method is dependent upon a consistent inoculation technique and a high quality NW.

Reproducibility can be an issue with the inoculum. Owing to the variable nature of the frozen bacterial aliquots, it can be difficult to replicate the desired dose. A halving or doubling of the desired dose is considered within range. It is crucial that the bacterial quantification be done immediately prior to- and following inoculation, in order to accurately determine quantification of bacteria by CFU count. For this reason it may be helpful if volunteer appointments occur simultaneously so that only one inoculum need be prepared and the quantification plating done prior to and after inoculation happens no more than 30 min apart.

The NW method requires the cooperation of the volunteer and would not be an ideal method in children. If the yield is less than 5 ml, the procedure can be repeated using up to an extra 20 ml. Wearing dentures may reduce the NW yield. If the volunteer has a blocked/congested nose and the saline is running out anteriorly after insertion, blow the nose, insert the syringe a little further back, and tilt the head back more if needed.

The NW is a technique that gets better with practice. Some volume will usually be lost so the aim is for a return of at least 10 ml. If the volunteer can taste saline during the NW then the connection between the posterior nasopharynx and oropharynx has not been adequately closed by the volunteer's tongue. If the volunteer swallows most of the saline, explain the procedure again, emphasizing the pushing of the tongue against the roof of the mouth. Then repeat the procedure to increase the volume returned.

If the NW contains a substantial amount of mucus, it is best to remove it before centrifugation. Vortex the sample so as to loosen anything that might be bound to the mucus and then remove as much of the large pieces as possible while removing as little saline as possible.

A previous EHPC study in the U.S.A. was completed safely and had no adverse events11. To ensure the continued safety of the EHPC platform, we have set up an emergency protocol which is based around 24 hr access to the research team. Volunteers are given contact details, allowing them access to the research team 24 hr a day. Any medical care needed is provided in the Royal Liverpool University Hospital. As a further measure of protection, a safety committee consisting of clinicians and scientists from outside the research group receives a weekly safety report. The report contains the bacterial dose each volunteer received and whether any symptoms or illness were reported. This report allows the safety of the study to be externally critiqued without bias. The safety committee are also available 24 hr a day in the unlikely event of an emergency.

This work was funded by the Bill and Melinda Gates Foundation (Grand Challenge Exploration award to SBG), the National Institutes for Health Research (NIHR), Biomedical Research Centre in Microbial Diseases, and the NIHR Comprehensive Local Research Network. We acknowledge the NWDA for infrastructural support. We thank Prof. J. N Weiser, University of Pennsylvania and Prof. P Hermans, University of Nijmegen for the pneumococcal isolates. Thanks to the EHPC Safety Committee for their support and advice, to all our volunteers for their participation and to Mathieu Bangert for taking the photos. 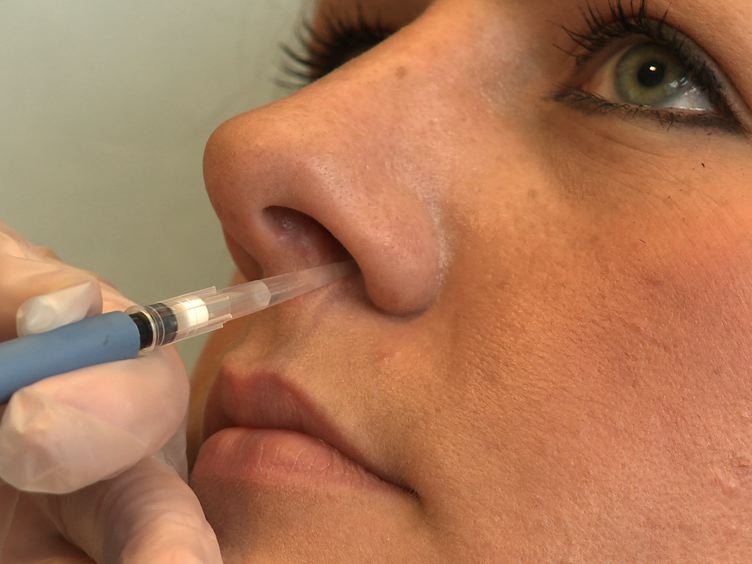