The contractile and/or passive mechanical properties of muscle are often compromised in muscle diseases. A good example is Duchenne muscular dystrophy (DMD), a severe muscle wasting disease caused by dystrophin deficiency 3. Dystrophin is a cytoskeletal protein that stabilizes the muscle cell membrane (sarcolemma) during muscle contraction 4. In the absence of dystrophin, the sarcolemma is damaged by the shearing force generated during force transmission. This membrane tearing initiates a chain reaction which leads to muscle cell death and loss of contractile machinery. As a consequence, muscle force is reduced and dead myofibers are replaced by fibrotic tissues 5. This later change increases muscle stiffness 6. Accurate measurement of these changes provides important guide to evaluate disease progression and to determine therapeutic efficacy of novel gene/cell/pharmacological interventions. Here, we present two methods to evaluate both contractile and passive mechanical properties of the extensor digitorum longus (EDL) muscle and the contractile properties of the tibialis anterior (TA) muscle.

1. Evaluation of the Contractile and Passive Properties of the EDL Muscle Ex vivo

The contractile and passive properties of the EDL muscle are measured ex vivo using the Aurora Scientific in vitro muscle test system. Refer to Table 1 for materials and equipment.

All animal studies must be approved by the Institutional Animal Care and Use Committee.

1.3 Measuring the contractile and passive properties of the EDL muscle

Use Table 2 to set up the parameters in the DMC software for each of the following measurements. Analyze the data using the dynamic muscle analysis (DMA) software.

1.3.1 Measuring the contractile properties of the EDL muscle

1.3.2 Measuring the passive properties of the EDL muscle

2. Evaluation of the Contractile Properties of the TA Muscle In situ

The contractile properties of the TA muscle are measured using the Aurora Scientific in situ muscle test system. Refer to Table 1 for materials and equipment.

2.2 Preparation of the TA muscle for in situ force measurement

2.3 Measuring the contractile properties of the TA muscle

Table 2. Parameters for the evaluation of the mechanical properties of the EDL and TA muscles.

Table 3. Morphometric properties of the EDL muscle. *, the value in mdx mice is significantly different from that of age-matched BL10 mice. 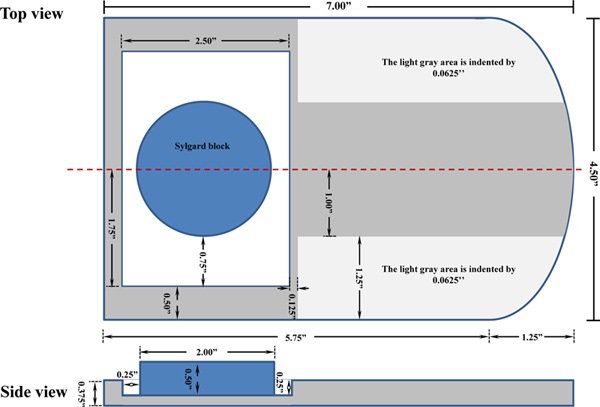 Figure 1. A schematic diagram of the custom-made mouse dissection board. The dissection board is made from a ½ inch thick plexiglass and was fabricated at the institutional shop. Click here to view larger figure. 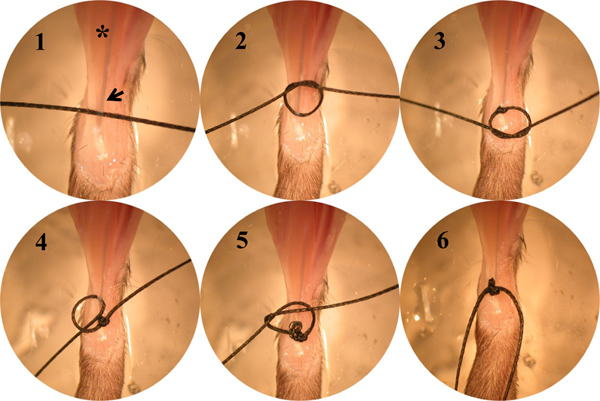 />
Figure 2. A series of digital images showing the steps of tying a double square knot followed by a loop knot at the MTJ. Asterisk, the EDL muscle; Arrow, the distal tendon of the EDL muscle. 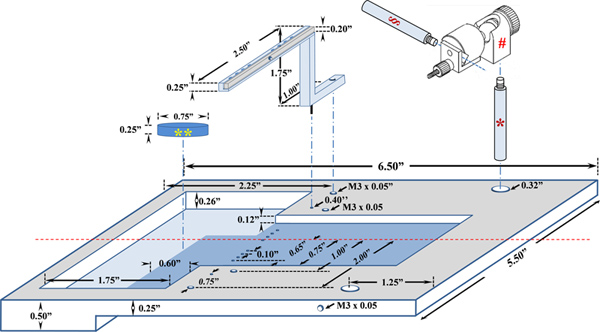 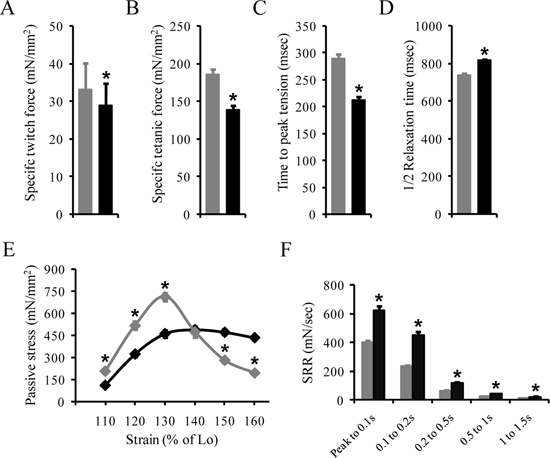 In this protocol, we have illustrated physiological assays for measuring the contractile and passive properties the EDL muscle and the contractile properties of the TA muscle. A major concern in muscle physiology studies is the oxygenation of the target muscle. For large muscles (such as the TA muscle), the in situ approach is preferred because oxygen diffusion from Ringer's buffer may not reach the center of the muscle in an in vitro assay. In situ approach does not disturb normal blood supply and hypoxia-associated artificial effects are avoided. The EDL muscle is one of the most commonly used muscle in physiology study. Adequate oxygenation of the entire muscle can be achieved in an in vitro system because of the small size of the muscle. Further, the in vitro system provides an enclosed environment to manipulate the concentrations of ions (Ca 2+, Na+ and K+) and chemicals (ATP and glucose) that are necessary for optimal muscle force generation. This offers a great opportunity to study the effect of these variables on force production.

Accurate measurement of the contractile and passive properties of the limb muscle is critical to study skeletal muscle function. Characteristic changes of these properties are often considered as the hallmarks of various muscle diseases. Changes in these parameters are also important indicators to determine whether an experimental therapy is effective or not.

Open access fees have been paid for by Aurora Scientific. 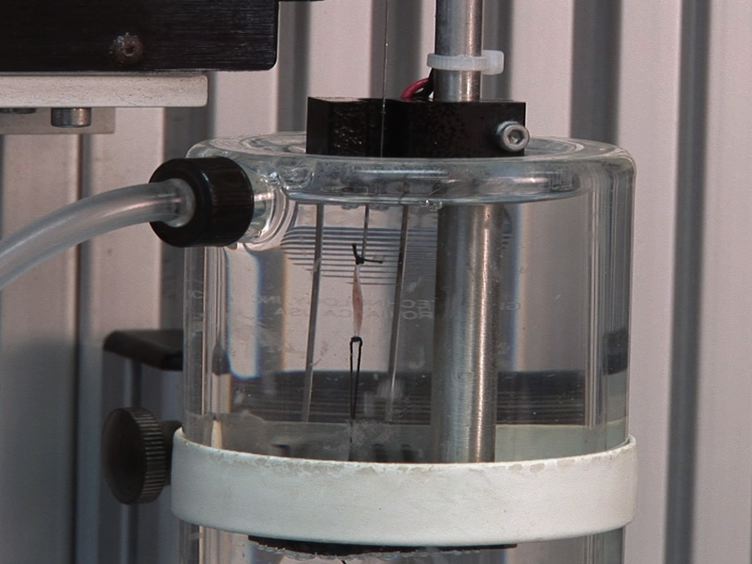