Here are some highlights from the June 2013 Issue of Journal of Visualized Experiments (JoVE).

Here's a look at what's coming up in the June 2013 issue of JoVE: The Journal of Visualized Experiments.

We are now pleased to introduce JoVE Behavior, which explores the science behind various behavioral aspects of humans and animals. These include addiction, learning & memory, social interaction, and emotion.

One article in this new section addresses a phenomenon where things become more likeable if they look more like humans. For example, this robotic vacuum cleaner is less appealing than these beloved robots. However, when they are almost (but not quite) humanlike, robots suddenly become repulsive before becoming likeable again. This sudden drop is the focus of the "Uncanny Valley Hypothesis," which Cheetham and Jancke examine by generating a continuum of images morphing from human faces to avatars (graphical representations). Then, using volunteers to judge which images represent humans or avatars, they define category boundaries and use neuroimaging to identify brain regions sensitive to category change.

Another article in JoVE Behavior features magnetoencephalography, or MEG, which can record brain activation in real time. Combining this technique with high-resolution functional magnetic resonance imaging (fMRI), Balderston, et al. model the sources of the MEG signal to show neural activation in regions of interest in the brain during learning tasks.

In behavioral neuroscience, human learning and speech can be modeled with birdsong. Ruijssevelt, et al. present a method for performing blood-oxygen-level-dependent fMRI (BOLD fMRI) on zebra finches. Although fMRI is especially challenging in these tiny animals, this method allows successful imaging of neural substrates of auditory stimuli in the zebra finch brain.

A lot of behavioral research is done in rats using the Morris water maze, in which the rat must find an escape platform in a pool of water. However, unlike the classic "sewer rat," mice evolved in dry areas and aren't always spectacular swimmers like rats. Therefore, Deacon uses the Oxford paddling pool, which has shallow water and is less stressful than the classic water maze. It also has the escape hatch on the side of the pool, which is a more natural escape route. The paddling pool model can be adapted to other behavioral testing setups, such the Y-maze. These shallow-water tests can provide more ideal systems for testing learning and memory in mice.

By now, you're probably behaving very excitedly about our new Behavior section! But don't forget the other subjects covered in JoVE. In one video article, Di Pisquale, et al. make embryoid bodies from human induced pluripotent stem cells (iPSCs), and use them as a source of cardiomyocytes that express cardiac-specific markers.

In JoVE Bioengineering, we focus on the placenta, which is the interface between a developing fetus and the mother. The placenta separates the fetal and maternal circulation systems, but some drugs and chemicals can cross this barrier. Grafmüller, et al. demonstrate a method for studying the transport of compounds in an actual placenta using an ex vivo perfusion model.

You've just had a preview of a few highlights for the month of June. Visit the website to see the full-length articles, plus many more, in JoVE: The Journal of Visualized Experiments.

The ex vivo dual recirculating human placental perfusion model can be used to investigate the transfer of xenobiotics and nanoparticles across the human placenta. In this video protocol we describe the equipment and techniques required for a successful execution of a placenta perfusion.

Pluripotent stem cells, either embryonic or induced pluripotent stem (iPS) cells, constitute a valuable source of human differentiated cells, including cardiomyocytes. Here, we will focus on cardiac induction of iPS cells, showing how to use them to obtain functional human cardiomyocytes through an embryoid bodies-based protocol.

Mice can swim, but many strains appear to find this activity stressful. To overcome this problem mazes have been devised where escape from shallow water is used to motivate behaviour. These have been demonstrated to support learning at least as good as the traditional and widely used Morris water maze.

This article shows an optimized procedure for imaging of the neural substrates of auditory stimulation in the songbird brain using functional Magnetic Resonance Imaging (fMRI). It describes the preparation of the sound stimuli, the positioning of the subject and the acquisition and subsequent analysis of the fMRI data.

Perceptual and Category Processing of the Uncanny Valley Hypothesis' Dimension of Human Likeness: Some Methodological Issues

Department of Neuropsychology, University of Zurich

How to Detect Amygdala Activity with Magnetoencephalography using Source Imaging

This article describes how to record amygdala activity with magnetoencephalography (MEG). In addition this article will describe how to conduct trace fear conditioning without awareness, a task that activates the amygdala. It will cover 3 topics: 1) Designing a trace conditioning paradigm using backward masking to manipulate awareness. 2) Recording brain activity during the task using magnetoencephalography. 3) Using source imaging to recover signal from subcortical structures. 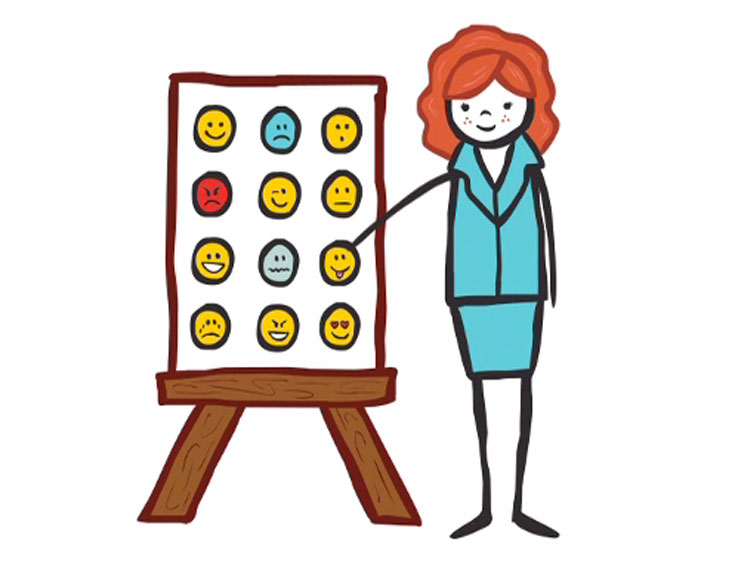