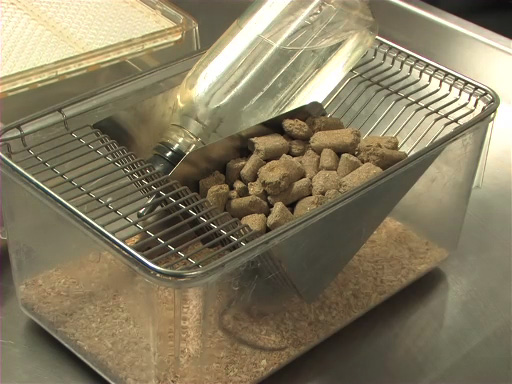 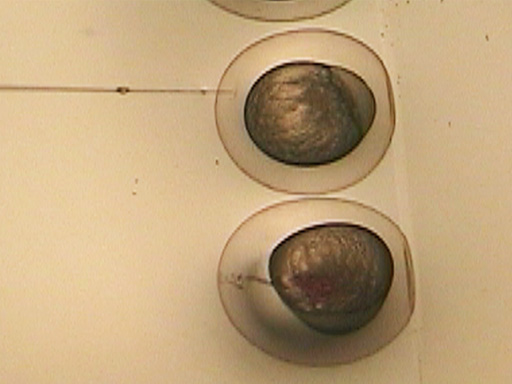 Development of the Chick

The chicken embryo (Gallus gallus domesticus) provides an economical and accessible model for developmental biology research. Chicks develop rapidly and are amenable to genetic and physiological manipulations, allowing researchers to investigate developmental pathways down to the cell and molecular levels.

This video review of chick development begins by describing the process of egg fertilization and formation within the chicken reproductive tract. Next, the most commonly used chick staging nomenclature, the Hamburger Hamilton staging series, is introduced. Major events in chick development are then outlined, including the dramatic cellular movements known as gastrulation that form the three major cell layers: The ectoderm, mesoderm, and endoderm. Cells from these layers go on to generate all the tissues within the organism, as well as extraembryonic membranes, which are necessary for the transport of gases, nutrients, and wastes within the eggshell. To conclude the discussion, some exciting techniques will be presented as strategies for studying chick development in greater detail.

Centuries of embryological studies performed on chicks have significantly advanced our understanding of vertebrate development. Widespread domestication of chickens means that their embryos are easily and affordably acquired. Additionally, the embryos develop externally and are amenable to many physical and genetic manipulations that allow in-depth exploration of developmental processes. This video will cover the basics of chicken reproduction, egg anatomy, and embryo development before delving into some laboratory techniques that take advantage of this developmental system.

Before discussing embryogenesis, let’s review how the many essential structures of the egg are formed.

Female chickens, or hens, lay eggs just about every day, irrespective of mating behavior; a trait that we often take advantage of at the breakfast table!

The 24-hour task of egg assembly begins with an ovum in the oviduct. This cell consists of a nutrient-rich yolk ensheathed in vitelline membrane. If the hen has mated recently, fertilization occurs at this stage, initiating cell divisions restricted to a small area on the surface of the yolk called the germinal disc. As the egg passes down the oviduct, a layer of albumen or egg white forms around the yolk, containing water and protein for protection and nourishment. Next, shell membranes containing keratin are added, providing a defense against bacteria. Finally, a semi-permeable shell made of calcium carbonate is assembled in the uterus, which will protect the egg and allow for gas and moisture exchange.

Now that we know a little bit about what goes on inside the chicken, let’s review the next steps after the eggs are laid.

Even though development has already started at this point, progression will halt as the eggs are exposed to cooler temperatures. Since continued growth is dependent upon incubation at 37.5 °C, stages of chick development are most commonly defined by morphological milestones, as outlined in the Hamburger Hamilton staging series.

When the egg is laid, the chick is at Hamburger Hamilton stage 1. At this point, the cells that will form the embryo are found within a transparent “area pellucida” at the center of the white bullseye-like structure called the blastoderm. The next phase of development is marked by the appearance of a cellular formation at the embryo midline known as the primitive streak. Cells of the area pellucida migrate through a groove that forms in the streak to generate three discrete layers, known as the germ layers.

This process, known as gastrulation, begins in a mass of cells known as Hensen’s node at the anterior end of the primitive streak. Transplantation of this structure to another embryo results in the formation of secondary embryonic structures, demonstrating the node’s crucial role in patterning the embryonic axis.

Analysis of gene expression in this secondary embryo further shows that the node is involved in specification of neural tissues such as the neural tube, which later forms the embryonic brain and spinal cord.

A noticeable feature of these later embryos is the complex web of blood vessels radiating out over the yolk. Circulation through these vessels is essential to the distribution of nutrients from the yolk throughout the rapidly growing embryo. As the embryo grows more complex, so too does the system of vascularized extraembryonic membranes that support it. While the yolk sac is primarily involved in nutrient delivery, the allantois and chorion play critical roles in embryo respiration and excretion. After about 7 days of incubation, these two membranes fuse, creating the chorioallantoic membrane or CAM. Thanks to its positioning, the CAM enables gas exchange with the outside world and also allows the embryo to use the shell as a calcium source.

This transport system carries the embryo through about 21 days of development, after which the chick breaks a hole in the calcium-depleted shell and hatches.

Now that we’ve touched on some of the key steps in chicken development, let’s take a look at how researchers study these processes in the lab.

As with the experiments on Hensen’s node, transplantation between embryos can demonstrate the function of isolated tissues in development. One common extension of this technique is the grafting of tissues from other avian species, such as the quail, into chick embryos. In these studies, the transplanted cells can be easily tracked using quail-specific markers to assess their impact on developmental processes, like jaw formation.

Dynamic gene expression patterns direct the fascinating transformations observed over the course of chick development. To better understand developmental pathways, RNA in situ hybridization is used to visualize gene expression in whole embryos. For this procedure, embryos are collected, fixed, and then incubated with an RNA probe, which binds to specific mRNA targets. Labels on the probes highlight the cells in which target mRNAs are abundant, indicating robust gene expression.

We’ve seen how the primitive neural structures form in the chick, but how do these evolve into a complex vertebrate nervous system? One approach to studying embryonic neural connections is called neural tracing. Researchers inject dye into neurons of interest and allow the dye to spread through the axon. Fixed embryos are then thinly sliced, and immunostained. The paths that neurons follow can then be visualized using the dye label along with known markers of brain tissue.

You’ve just watched JoVE’s video on chicken development. This video has covered the basics of egg formation, key events in chick development, and some common research techniques used to gain a better understanding of the fascinating transformation from breakfast to dinner. Thanks for watching!