The Drosophila brain and visual system are widely utilized model systems to study neuronal development, function and degeneration. Here we show three preparations of the brain and visual system that cover the range from the developing eye disc-brain complex in the developing pupae to individual eye and brain dissection from adult flies. All protocols are optimized for the live culture of the preparations. However, we also present the conditions for fixed tissue immunohistochemistry where applicable. Finally, we show live imaging conditions for these preparations using conventional and resonant 4D confocal live imaging in a perfusion chamber. Together, these protocols provide a basis for live imaging on different time scales ranging from functional intracellular assays on the scale of minutes to developmental or degenerative processes on the scale of many hours.

6. Live Imaging: At the microscope

At the end of our video protocol we show an example for live imaging in developing photoreceptor cells using the preparation presented in Section 5. This preparation takes advantage of Drosophila transgenesis to cell-specifically express fluorescent reporters. In the example shown, two fluorescent reporters are expressed under control of the photoreceptor-specific GMR-Gal4 driver8: the membrane-tagged myrRFP and the endosomal marker 2xFYVE-GFP9. Two-channel 3D datasets with a bounding box of 70x70x17.5μm and a voxel size of 137x137x700nm (512x512x26) were obtained every 1 min. The movie shows a selected plane over time in this 4D dataset that reveals dynamics of intracellular endosomal trafficking and vesicle fusion events. Representative images for fixed tissue preparations of the eye and lamina are shown in Fig. 3.

Lysotracker Green DND-26 or Red DND-99 (Invitrogen, Inc.) These are commercially available fluorescent membrane-permeable compounds that accumulate in strongly acidified compartments in the cell, most prominently lysosomes, late endosomes, and autophagosomes. Lysotracker at nanomolar concentrations (we typically use 50 nM) penetrates the L3 and P+20% eye disc fully in less than one minute. Since Lysotracker continuously accumulates and exerts an alkalizing effect, we image in less than 5 minutes. In contrast to the eye discs, Lysotracker does not penetrate the brain without disruption of the tissue. However, careful tearing of the outer membrane allows penetration of a few cell diameters in the optic lobe.

Lysosensor DND-189 (Invitrogen, Inc.) In contrast to Lysotracker, Lysosensor does not accumulate in acidified compartments, but exhibits increased fluorescence at acidic pH. Lysosensor has penetration characteristics that are very similar to Lysotracker. We use Lysosensor at a concentration of 1μM.

For many live imaging experiments, we express genes tagged with various fluorescent molecules like GFP, TagRFP10 or the pH-sensitive pHluorin11 under control of the binary Gal4/UAS expression system12. Gal4-lines that express in developing photoreceptors include GMR-Gal4 (all photoreceptors)8 and mDelta0.5-Gal4 (developing R4 and R7)13. Several subtype-specific Gal4-driver lines exist that use different Rhodopsin promoters14. Particularly useful fluorescent probes in live imaging are photoconvertible proteins. We have successfully used Dendra2, a monomeric green-to-red photoconvertable protein15. Note that Dendra2 is designed to be photoconvertible using a 488nm Argon laser line. However, we are unable to achieve conversion using visible blue light using our set-up in either conventional or resonant confocal scanning mode. In contrast, conversion with 405nm UV laser is efficient.

For the fixed adult eye, we often choose either rhodamine phalloidin (Invitrogen, Inc.) or anti-Chaoptin (a photoreceptor-specific antibody16) to visualize rhabdomeric structure (Fig 1A). A good way to analyze lamina cartridge structure is to combine anti-chaoptin16, the glial marker anti-ebony17, and anti-sec618(Fig 1B). As shown in Fig. 3, this combination of antibodies distinguishes the major presynaptic (chaoptin) and postsynaptic (sec6) processes as well as epithelial glia (ebony) in the lamina19.

For live imaging, we employ a perfusion chamber that allows slow exchange of solutions without disturbing the tissue preparation. A demonstration of perfusion chamber assembly is included in the video and schematically shown in Figure 2. Assembly of the perfusion chamber is illustrated in Fig. 2A. Begin by laying the gasket over the specimen first, and then continue with assembly as shown. The purpose of the gasket is to create a space between the base of the chamber and the lid, a space inside which the tissue is sealed and through which the solution will flow. The space inside the gasket must include the inlet (solution enters here), the tissue prep, and the outlet through which the solution leaves the chamber. Two features of the gasket are critical: First, the gasket must be thick enough for the brain yet thin enough to allow imaging with a high-resolution lens. The ideal gasket thickness depends on set-up-specific parameters. Second, a notch in the gasket provides a compartment that allows a bubble to pass through without contacting the specimen (Fig 2B).

Imaging at the Microscope

We use a 63x (aperture 1.3) glycerine immersion lens for the perfusion chamber or a 63x water immersion lens directly into the culture medium on a slide. Glycerine lenses provide more working distance than oil lenses. We use a resonant scanning confocal microscope which scans at much faster rates than a conventional scanner (8000 Hz versus 1400 Hz, respectively). Resonant scanning allows 3-dimensional recordings over time at faster frame rates. In addition, faster scan speeds significantly reduce laser phototoxicity6 which is a major concern for repeated scans of live tissue. A balance of laser intensity and PMT voltage (gain) must be achieved to maximize signal while minimizing noise and photobleaching. An important further consideration is that the amount of laser impact on a given region is determined by resolution and zoom. For example, a region of choice is scanned at the same resolution at 256x256, zoom 2x as at 512x512, zoom 1x, yet the maximally possible live imaging speed is 4 times faster at 256x256, zoom 2x. To record the activity of quickly moving intracellular compartments, we have successfully recorded with the following settings: 5 frames per z-stack at a rate of one z-stack per 10 seconds with a scan speed of 8000 Hz and 2x line averaging. For long imaging sessions on the scale of hours, we often reduce the frame rate to one per several minutes and choose larger areas as the preparation is more likely to shift.

Figure 3 shows the anatomy of the Drosophila adult eye (Fig. 3A), the adult brain (Fig. 3B), and the 20% -25% pupal eye disc/brain complex (Fig. 3C). Figure 3A illustrates the adult eye both with and without the lamina and fat cells attached. During the adult eye dissection, the lamina, which is in the center of the eye nestled in a bowl formed by the photoreceptor cell bodies (left), must be removed without disrupting the cell bodies underneath (right). For the adult brain dissection, one should be able to distinguish the photoreceptor cell bodies, the lamina, the optic lobe, the central brain, and trachea (Fig. 3B). The photoreceptors and trachea need to be removed for this dissection while leaving the lamina attached to the optic lobe. To aid in the identification of the 20-25% pupal eye disc/brain complex, a live image is presented in Figure 3C. 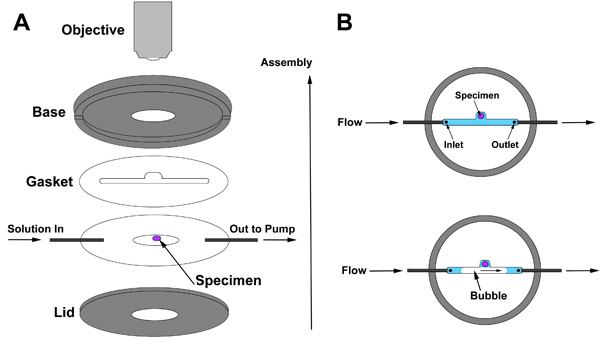 Figure 2. (A) Perfusion chamber assembly and (B) gasket positioning relative to the specimen.

This work was supported by grants from the Welch Foundation (I-1657) and the NIH (RO1EY18884). P.R.H. is a Eugene McDermott Scholar in Biomedical Research. 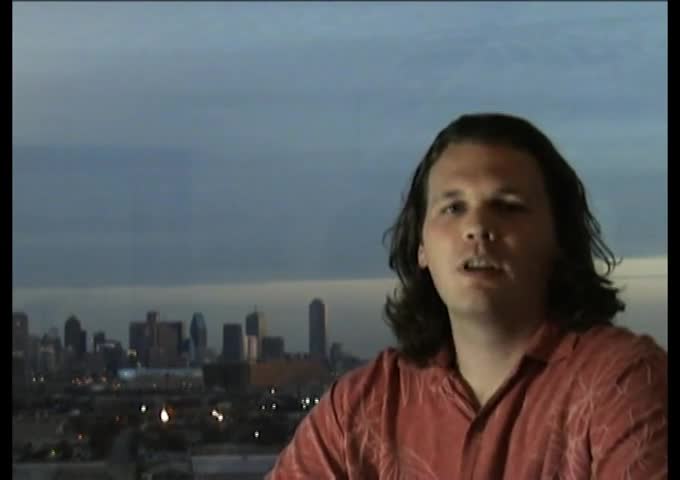