Culturing embryonic stem (ES) cells requires conditions that maintain these cells in an undifferentiated state to preserve their capacity for self-renewal and pluripotency. Stem cell biologists are continuously optimizing methods to improve the efficiency of ES cell culture, and are simultaneously trying to direct the differentiation of ES cells into specific cell types that could be used in regenerative medicine.

This video describes the basic principles of ES cell culture, and demonstrates a general protocol to grow and passage ES cells. We also take a closer look at the hanging drop method, which is used to differentiate ES cells. Finally, this video will describe a few applications of ES cell culture and differentiation techniques, including a method used to generate functional heart muscle cells in vitro.

Embryonic stem cells, or ES cells, have a number of unique properties that distinguish them from regular adult cells. Therefore, scientists have devised special culturing techniques to maintain or take advantage of these properties. When cultured properly, ES cells can divide indefinitely to make more of themselves. At the same time, by altering the culturing conditions, ES cells can be directed to differentiate into almost any cell type found in our body; this ability of ES cells is called "pluripotency."

In this video, you are going to learn how to culture and passage ES cells so that they maintain their unique properties, how to induce differentiation in ES cells to form specific cell types, and the ways in which ES cell culturing and differentiation techniques are being used and refined by researchers today.

Before going into details of the procedures for ES cell maintenance, it is important to first understand what prevents or drives ES cell differentiation. In order for ES cells to retain their unique properties of pluripotency and self-renewal, they must be cultured with specific factors in their growth medium that suppress spontaneous differentiation.

This is most commonly done by culturing ES cells on a layer of "feeders," usually mouse embryonic fibroblasts, or MEFs. Feeder cells "feed" the ES cells certain factors, such as activin A, that help to maintain ES cells in their undifferentiated state.

Recently, scientists have also developed feeder-free culturing methods in which ES cells are grown in media with the necessary factors added in a defined recipe. This approach reduces variability and removes the non-human component from ES cell cultures, which is a prerequisite for clinical applications.

Another characteristic of ES cells is that they naturally grow in clusters or colonies, and tend to have low survival rate when dissociated into single cells, especially human ES cells. As a result, passaging human ES cells generally requires retaining them in intact clumps through mechanical "picking."

Now that you understand the principles behind ES cell maintenance and differentiation, let's look at how to culture and passage ES cells on MEF feeders.

MEFs are obtained from early stage mouse embryos, and are then inactivated by chemicals or radiation to prevent them from further dividing. Inactivated MEFs should be plated onto gelatinized tissue culture dishes at least one day before starting to culture ES cells. When feeders are fully settled, ES cells are thawed and seeded onto the plates.

Over the next few days, ES cells will grow into large colonies. Before the colonies begin to touch and fuse, the ES culture should be passaged. One should observe the ES cells' morphology to see if they are showing signs of differentiation. Undifferentiated ES colonies generally look well-defined and homogeneous, while differentiated cells would look like dull, irregular-shaped "cobblestones."

Once the differentiated colonies have been cleaned up, proteolytic enzymes, like collagenase, are added to lift the cells from the plate with incubation at 37°C for the appropriate amount of time. Fresh ES media is then added to stop the enzymatic reactions. The colonies are mechanically dislodged from the plate and transferred to a centrifuge tube, where they are broken up into desired sizes with gentle pipetting. The ES cells are collected by centrifugation, resuspended in ES media, and plated onto the prepared feeder plates.

After learning how to passage ES cells, let's look at one of the more common techniques used to differentiate ES cells into embryoid bodies-the hanging drop method.

To begin, ES cells are detached with the help of proteolytic enzymes like collagenase, and diluted to the desired concentration in media containing lineage-specific differentiation factors. The ES cell suspension is then deposited in drops onto the lid of a bacterial petri dish. The lid is quickly inverted and placed on the dish, so the media drops will hang upside down and allow the embryoid bodies to develop.

After about two days, the drops with EBs can be collected and plated onto non-adherent plates for further culturing. At the appropriate time point for the desired cell lineage, embryoid bodies are plated back onto gelatinized adherent tissue culture dishes for further differentiation.

Now that we've covered the basic techniques of culturing and differentiating ES cells, let's look at how they are tailored for specific experimental needs.

As mentioned earlier, ES cells can be directed to differentiate into specific cell types under different culturing conditions. In this experiment, scientists produced motor neurons from human ES cells. This was done by first adding factors to differentiating embryoid bodies that direct them towards the neural lineage, followed by chemicals and plating conditions that turn these cells specifically into motor neurons. Using similar approaches, researchers have been successful in differentiating ES cells into rhythmically beating heart muscle cells.

Because differentiating ES cells mimic events that occur as embryos develop naturally, we can also use them to investigate the biology of early embryonic development. One of the phenomena being studied is X-chromosome inactivation, or XCI, the crucial process whereby one of the two X-chromosomes is silenced in each cell of a female mammal. By visualizing the distribution of specific RNAs and proteins in developing EBs, scientists have gained valuable insights into the biology of XCI.

Finally, to increase the consistency and efficiency of ES cell experimentation, scientists are continually trying to devise better techniques to culture ES cells. One approach is to grow ES cells in a single layer, called non-colony type monolayer culturing, or NCM.

Remember that human ES cells tend to be unhappy when they are not growing as 3D aggregates? Scientists have shown that chemicals known as ROCK inhibitors increase the survival of dissociated ES cells, which allow them to be passaged as single-cell suspensions, and to be plated at high density. The advantage of the NCM technique is that every cell will be more equally exposed to growth factors and nutrients in the medium, reducing heterogeneity within the culture while making it easier to grow ES cells in large numbers.

You've just watched JoVE's video on how to culture and differentiate embryonic stem cells. You should now know what factors are important for maintaining ES cells in their undifferentiated state, and how we can take advantage of ES cell pluripotency to generate specific cell types in a dish. Going forward, scientists will be working to develop more efficient and well-defined culturing and differentiation conditions to produce specialized cell types that can be used in regenerative medicine applications. Thanks for watching! 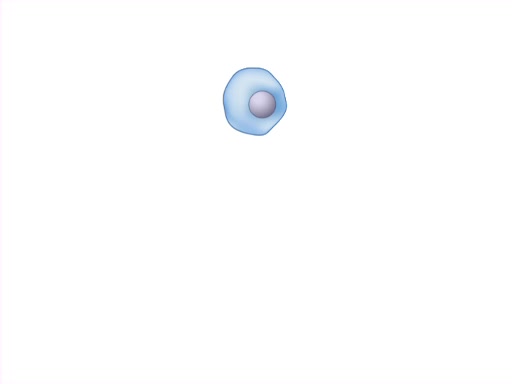