Lipolysis is a process by which the lipid stored as triglycerides in adipose tissues are hydrolyzed into glycerol and fatty acids. This article describes the method for the measurement of basal and forskolin (FSK)-stimulated lipolysis in the inguinal fat pads isolated from wild type mice fed either normal chow diet (NCD), high fat diet (HFD) or a high fat diet containing 0.01% of capsaicin (CAP; transient receptor potential vanilloid subfamily 1 (TRPV1) agonist) for 32 weeks. The method described here for performing ex vivo lipolysis is adopted from Schweiger et al.1 We present a detailed protocol for measuring glycerol levels by UV-Visible (UV/VIS) spectrophotometry. The method described here can be used to successfully isolate inguinal fat pads for lipolysis measurements to obtain consistent results. The protocol described for inguinal fat pads can readily be extended to measure lipolysis in other tissues.

Adipose tissues store energy as fat2 and fatty acid oxidation is required for thermogenesis3,4. Fatty acids ingested through diets are packaged along with apoproteins into chylomicrons and delivered to different tissues in the body via blood circulation. Although most cells in the body store a reserve of energy, adipose tissue stores excess energy as fat5,6. Lipolysis in adipose tissue is regulated by complex processes and the molecular details of lipolysis still remain vague7.

Lipolysis is a process by which triglycerides (TGL) stored in adipose tissue are hydrolyzed to produce glycerol and fatty acids (FA) by the enzyme adipose triglyceride lipase (ATGL)8. Alterations in basal and stimulated lipolysis is a characteristic feature of obesity. The basal lipolysis is regulated by ATGL activation9, which converts TGL to diacylglycerol (DAG), that is subsequently hydrolyzed to monoacyl glycerol (MAG). Activation of hormone sensitive lipase (HSL) via adenylyl cyclase activates cyclic adenosine monophosphate (cAMP) dependent protein kinase A (PKA) stimulation and causes lipolysis. Measurement of lipolysis, basal and stimulated, is, therefore, important to analyze the activity of proteins involved in this process. Also, unraveling the molecular regulation of lipolysis may be beneficial to develop novel therapeutic strategies against obesity10. Since, molecules that stimulate lipolysis and fatty acid oxidation are potential candidates for decreasing fats stored in depots, it is important to employ a robust assay for reproducibility.

This article describes an efficient method of determining basal and stimulated lipolysis. Although other methods that employ radioactive isotopes of glycerol and tedious high performance liquid chromatography or gas chromatography/mass spectrometry for measurements15,16 are available, this method offers a more direct, simple and cost effective technique to determine lipolysis in adipose tissues.

All protocols follow the animal care guidelines of the University of Wyoming.

NOTE: Adult male wild type mice (C57BL/6) (age 12 to 24 weeks) were bred in the research animal facility as per the Institutional Animal Care and Use Committee (IACUC) approved protocols.

2. Preparing Mice for the Experiments 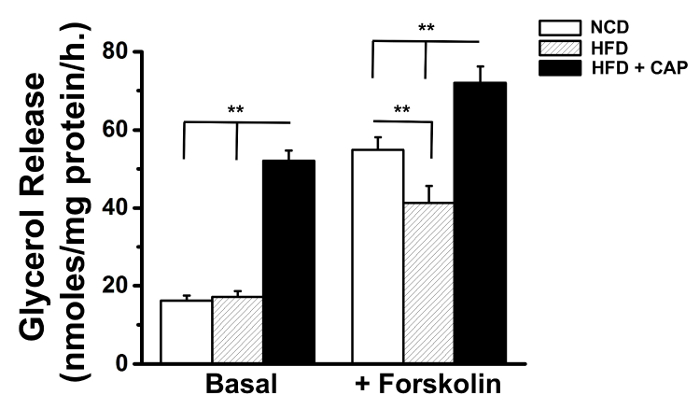 Figure 2: Hydrolysis of Triglycerides (TGL) Results in the Generation of Free Fatty Acids (FFA) and Glycerol. FFA undergoes mitochondrial β-oxidation. This, along with the upregulation of uncoupling protein 1 (UCP-1) stimulates thermogenesis. Glycerol release is measured by the protocol described in the article. Please click here to view a larger version of this figure.

The breakdown process of TGL into glycerol and fatty acids is catalyzed by ATGL9 during basal lipolysis and orchestrated by an array of proteins including the activation of adenylyl cyclase/PKA-dependent pathway during stimulated lipolysis21,22,23. Enhancement of lipolysis increases the plasma levels of fatty acids for transportation and energy use24. Fatty acids are taken up by mitochondria as acetyl CoA, which is used to produce energy.

The degree and extent of lipolysis can efficiently be measured by glycerol release from adipose tissues (Table 1 and Figure 1). Hydrolysis of TGL produces fatty acids and glycerol. Previous research showed that dietary supplementation of CAP significantly enhanced the basal as well as FSK-stimulated glycerol release from inguinal and brown fat pads11,17. The increased production of fatty acids from enhanced lipolysis could serve as feed to produce heat and thermogenesis since CAP also significantly increased the expression of mitochondrial UCP-1 in the inguinal fat pads. Consistent to this notion, previous research suggests that CAP enhanced the expression of peroxisome proliferator activated receptor alpha (PPARα) in inguinal fat pads, which plays a critical role in the mitochondrial fatty acid oxidation and in the transcriptional upregulation of UCP-125,26,27. Consequently, CAP also increased metabolic activity, heat production and energy expenditure in HFD-fed mice28,29. Further, HFD feeding suppressed stimulated lipolysis while CAP increased basal and FSK-stimulated PKA-dependent lipolysis as well as enhanced insulin sensitivity30. Therefore, as described by the model in Figure 2, it is reasonable to interpret that CAP increases basal and stimulated lipolysis without causing insulin resistance as the excess fat is burned to produce heat by mitochondrial UCP-1 upregulation.

This article describes the method of measuring glycerol release from white adipose tissues. Although several methods using stable isotopes of glycerol are available, they require either high performance liquid chromatography or gas chromatography/mass spectrometry for measurements15,16. Also, glycerol radio-tracer measurements are associated with non-specificities31. Alternate methods include determining mRNA and protein levels of lipases and regulatory proteins involved in lipolysis. Colorimetric methods are also available to determine the concentration of long chain fatty acids in circulation. The method described here is very efficient in analyzing glycerol release from adipose tissues as it can be done using a plate reader capable of fluorescence and absorbance measurement. Also, the simplified analytical method for glycerol release described in this article provides improved stability and precision32.

Standard operating procedures should be practiced as this method involves surgical techniques to isolate fat pads. This protocol recommends the use of fat free BSA. This may cause air bubble formation, which will interfere with absorbance reading. Therefore, care should be taken while handling samples to prevent air bubbles. Precaution should be taken not to shake or invert samples during BSA treatment, unless such a step is recommended in the protocol. Also, the fat extraction step from inguinal fat is critical since the presence of fat will interfere with inguinal adipose tissue protein determination. Additionally, during the preparation of glycerol standards, it is important to mix the contents by inversion and not shake the vial.

In summary, this article describes the method for measuring basal and FSK-stimulated glycerol release in inguinal adipose fat pads isolated from NCD or HFD (± CAP)-fed mice. The presented data suggest that TRPV1 activation by CAP increased the basal and FSK-stimulated lipolysis and prevented the accumulation of lipids in the adipose tissues. These data demonstrate a critical role of TRPV1 protein in the regulation of lipolysis in white adipose tissue.

This work was supported by the AHA Award No. 15BGIA23250030, the National Institute of General Medical Sciences of the NIH under award number 8P20 GM103432-12 and the University of Wyoming Faculty Grant in Aid to BT. 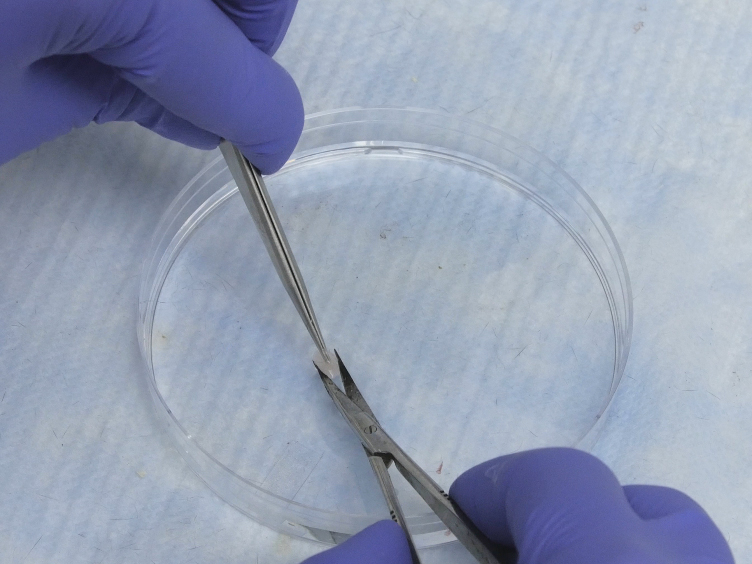