The purpose of the study is to illustrate the technical procedure of stromal vascular fraction (SVF)-enriched fat grafting as a novel treatment of symptomatic end-neuromata. This technique provides advantages of both the mechanical barrier and the biological action at the cellular level by the processed and concentrated SVF.

The purpose of this study was to methodically illustrate and highlight the crucial steps of stromal vascular fraction (SVF)-enriched fat grafting as a novel treatment of symptomatic end-neuromata of peripheral sensory nerves, and in this study, specifically of the superficial branch of the radial nerve (SBRN). Despite a multitude of existing treatments, persistent postoperative pain and common pain relapse are still very common, independent of the procedure assessed. The neuroma is microsurgically excised accordingly to standardized protocol. Instead of the relocation of the regenerating nerve stump in neighboring anatomical structures, such as muscle or bone, a fat graft is applied perifocally and acts as a mechanical barrier. In order to reduce the fat resorption rate and boost the regenerative potential of the graft, the highly concentrated SVF is integrated in the grafting. The SVF is isolated from subcutaneous fat by enzymatic and mechanic separation of the lipoaspirate by a specific commercial isolation system. The SVF-enriched fat graft provides both a mechanical barrier and various biological effects at the cellular level, including improving angiogenesis, inflammation, and fibrosis. Both mechanical and biologic effects help to reduce the disorganized axonal outgrowth of the nerve stump during nerve regeneration and hence prevent the recurrence of painful end-neuromata.

The management of symptomatic end-neuromata of the SBRN remains challenging with a multitude of existing surgical treatments. Principally, the neuroma is excised and the remaining nerve stump is relocated into neighboring structures such as muscles1,2, bone3, or veins4. This is assumed to prevent the out-sprouting of the regenerating neural fascicles by mimicking the ambience of an end-organ. However, none of these techniques proved superior, as high rates of pain relapse and insufficient pain reduction were often observed.

Recently, fat grafting around the remaining nerve stump yielded promising results and was advocated as a new treatment option for painful end-neuromata of the upper limb5. Besides acting as a mechanical barrier to prevent continuing motion and tap pain, the beneficial aspect of fat grafting is rather attributed to the cellular level. Human adipose tissue contains multiple cell types, including preadipocytes, mast cells, pericytes, endothelial cells, vascular smooth muscle cells, fibroblasts, and adipose derived stem cells (ADSCs) along with hematopoietic stem cells6. This heterogeneous cell population is referred to as Adipose-Derived Regeneration Cells (ADRCs) or SVF, and can be obtained from the lipoaspirate by an isolation system (see the Table Of Materials) and applied enzyme reagent (see Table of Materials)7. The exact mechanism of action is still not fully understood; however, SVF has been associated with improvements in angiogenesis, immunomodulation, differentiation, and secretion of extracellular matrix8.

The concentrated cell population of the SVF is added to the fat graft with the purpose to reduce the resorption rate and to increase the regenerative potential of the fat graft, as recent studies revealed pain relapse after 12 months with fat grafting without added SVF5. Moreover, the biological action also provides beneficial effects on the nerve itself by reducing disorganized axonal sprouting of the stump9 and subsequent scar adherences which might result in nerve entrapment.

The first clinical study to describe SVF-enriched fat grafting as a novel surgical option for the treatment of symptomatic end-neuromata of SBRN has been recently published10. In general, the technique can be applied to any neuroma occurring after accidental or iatrogenic nerve injury. The aim of the present subsequent study is to methodically illustrate the technical aspects of this procedure.

1. Diagnoses of Neuromata and Patient Selection

6. Application of the SVF-enriched Fat Graft

NOTE: After approximately 1.5 h of processing, the 5 mL of the processed SVF is ready for further use.

Data were analyzed using statistical software and presented as means ± standard deviations. The Kolmogorov-Smirnov test was applied to verify the nonparametric distribution of the study population and confirmed a negative empirical distribution. Based on the nonparametric nature of the study population, the Wilcoxon's test for related samples was employed to compare preoperative and postoperative outcomes. Statistical significance was regarded at p-values less than 0.0510.

Five patients with a mean age of 49.8 ± 16.6 years were included in the study. The comparison of pain scores before and after the surgery are presented in Table 1 for each pain modality and overall pain. The treatment with SVF-enriched fat grafting could not show statistically significant pain reduction. However, a relevant reduction in all pain modalities could be achieved from 2 months postoperatively onwards and showed constant with no pain relapse up to the 36 month follow-up (Figure 1). 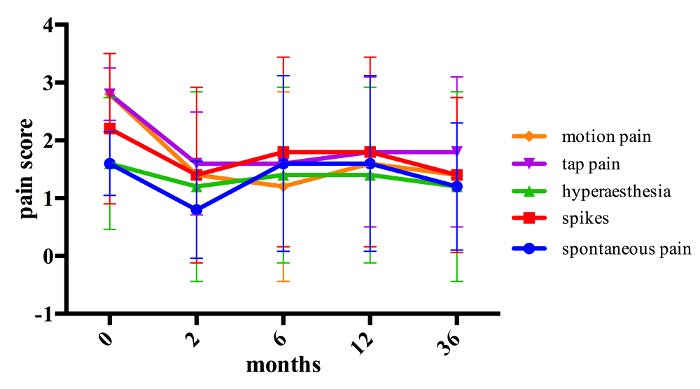 Figure 1: The trend of pain modalities. The assessment of pain modalities (mean ± SD) was performed both preoperatively and 2, 6, 12, and 36 months postoperatively.This figure has been modified from a previous publication10. Please click here to view a larger version of this figure.

The purpose of the present study is to methodically illustrate the technical aspects of SVF-enriched fat grafting as a novel treatment for symptomatic end-neuromata.

Neuromata of the SBRN are associated with a surgical success rate of only 33%12. Vaienti et al. presented a series of favorable results in early follow-up using perineural fat grafting (PFG) without adding the SVF in 8 patients with painful neuromata of the upper limb5. However, pain reduction proved to be inconsistent after 6 months with pain relapse at the 12 month follow-up5.

While pain reduction did not prove to be statistically significant in SVF-enriched fat grafting of the SBRN, a clear trend towards constant pain reduction was noticed in all pain modalities10. Moreover, the pain reduction was continuous from 2 months up to 36 months postoperatively with no pain relapse. Therefore, the clinical assessment at 2 months post-surgery seems to be a reliable predictor in terms of future long-term prognosis. However, a bigger randomized series is necessary for a detection of potential statistical significance. This favorable outcome might be seen in the context of a greater residual volume of the fat graft. Previous studies demonstrated reduced fat resorption rates when ADSC-enriched fat grafting was applied as compared to non-enriched graftings13. Moreover, the regeneration potential of the SVF-enriched fat graft is boosted by numerous mechanisms on the cellular level, principally improving the angiogenesis, inflammation, and fibrosis. ADSC as a component of the SVF triggers angiogenesis by the expression of growth factors like VEGF and bFGF on the cellular level14. The immune system is influenced by hematopoietic cells like macrophages of the M2 phenotype or T helper cells and natural killer cells15. Cellular signaling can be affected by a decreased number of pro-inflammatory cytokines such as TNF-α and IL-616. It also has a beneficial effect on neural tissue itself by reducing unorganized nerve outgrowth and subsequent painful cutaneous scarring. Paik et al. proposed an ideal concentration of 10,000 cells per 200 µL of adipose tissue for optimal graft survival and mechanism of action. Higher amounts of SVF were associated with significantly increased fat resorption rates17.

Multiple surgical techniques in the treatment of painful end-neuromata of the SBRN have been extensively published. The technique of neuroma excision and intramuscular transposition of the remaining nerve stump into the brachioradialis muscle is still popular and widely performed. SVF-enriched fat grafting compared to intramuscular transposition does not require the surgical preparation of the brachioradialis muscle and correlates with a shorter immobilization of the wrist. Furthermore, the technique is not limited to the presented nerve population and can be applied to any neuroma in both upper or lower extremities.

Despite the valid nerve blocking that was performed before the surgery to confirm the diagnosis and exclude pain from overlapping nerves, a mutual interference cannot be absolutely excluded. The anatomical overlap of the SBRN and LACN might cause postoperative disorganized outgrowth of the LACN in the denervated innervation area. Furthermore, the present study is limited due to the small number of patients. Although the study is the largest thus far to investigate the long-term outcome and illustrate the technical aspects of SVF-enriched fat on a single nerve population, further randomized trials with larger numbers of participants are needed to confirm the favorable trend of this novel technique. 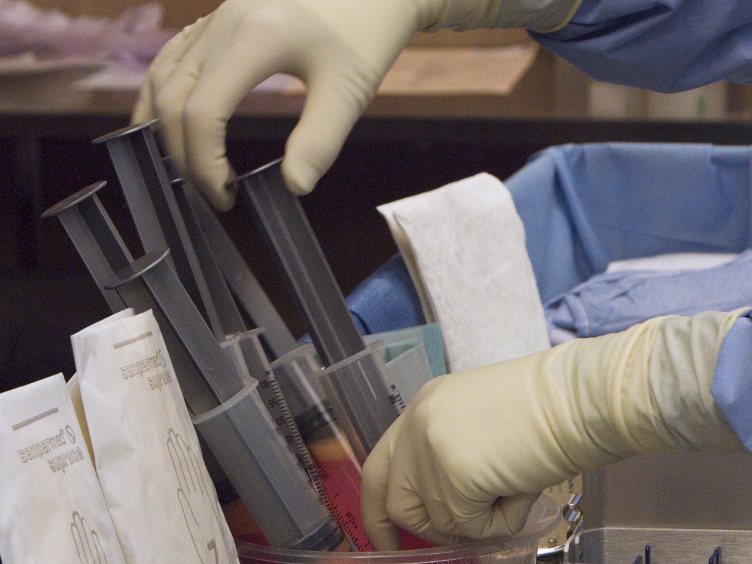