This video presents the photolithography technique, shows how the process is performed in the clean room, and introduces some applications of the process.

This video presents the photolithography technique, shows how the process is performed in the clean room, and introduces some applications of the process.

The increased need for portable devices with extremely small sample volumes, has driven the miniaturization of devices called BioMEMS. BioMEMS are produced via micro-fabrication. A process of fabricating micro-scale structures using semi-conductor technology. A micro-fabrication technique called photolithography, is often used to pattern complex patterns onto a substrate using light. This video will introduce the process of photolithography, demonstrate the technique in the laboratory, and provide insight into some applications where photolithography is used.

Semi-conductors, namely silicon wafers, are typically used as the substrate in micro-fabrication via photolithography. First the wafer is cleaned to remove organic contaminants. Then a substrate layer is formed on top. For example, silicon dioxide is formed using thermal oxidation. To begin photolithography a layer of a viscous, UV reactive substance, called Photoresist, is spin coated to a uniform thickness on the substrate. The Photoresist coated substrate is then exposed to intense UV light, through a precisely patterned stencil called a Photomask. Two types of Photoresist exist; first positive resist becomes soluble upon exposure to UV light. In contrast the exposed regions of negative resist become cross-linked and are insoluble. The soluble part of the Photoresist is then removed using a developer solution. Leaving behind patterned Photoresist and exposed substrate regions. The pattern is then etched into the exposed silicon dioxide layer. A dry etching technique called reactive ion etching uses chemically reactive plasma to remove material deposited on the wafer. Alternatively, a wet-etch, such as Hydrofluoric Acid can be used to etch silicon dioxide. The etching technique will vary depending on the material being processed. Finally, the remaining Photoresist is removed, leaving a precisely patterned silicon microstructure. This structure can then be used directly, or as a mold for the fabrication of electronic and micro-fluidic devices. Now that the basic procedure of photolithography has been explained, let's take a look at how to perform the procedure in a clean-room environment.

First, the photo mask that will be used to create the pattern is designed and ordered from a manufacturer. Then, the photolithography process is performed in a clean-room, which routinely filters air in order to minimize dust contamination. First, a silicon dioxide layer is formed on the silicon wafer surface using thermal oxidation. Once the wafer is oxidized, it is placed on the spin-coater chuck. Photoresist is poured into the center of the wafer, until it covers most of the wafer's surface. The photoresist is then spin-coated, to create an even, thin coating. Next, the coated wafer is soft baked on a hot-plate, to evaporate any solvent, and solidify the photoresist. The wafer is loaded into the mask-aligner, containing the specific photo mask for the pattern desired. Then, the wafer is exposed to UV light through the photo mask and then hard baked to set the developed photoresist. The soluble regions of photoresist are removed using a developer solution specific to the type of photoresist used. Finally, the wafer is rinsed and dried, leaving the patterned photoresist on the wafer.

Following photolithography, the pattern is etched into the top layer of silicon dioxide, using deep reactive ion etching. After etching, the remaining photoresist is removed by soaking the wafer in an appropriate photoresist remover. The wafer is then rinsed with isopropanol and acetone and dried under nitrogen. Next, a piranha cleaning solution is prepared to remove excess organic residues. Piranha is a mixture of concentrated sulfuric acid, and hydrogen peroxide. This solution must be used in an approved, well ventilated hood with proper training. Piranha is extremely dangerous and can be explosive. The wafer is submerged in piranha for several minutes, and then rinsed with water. Finally, the wafer is rinsed with acetone and methanol and dried with nitrogen gas to leave the clean, final structure.

Micro-scale patterns generated by photolithography are used to create a wide-range of BioMEMS devices. For example, photolithography can be used to create metal patterns on a substrate, such as a silicon wafer, or glass slide. Instead of etching away the top layer of the substrate, metal is deposited on top of the photoresist pattern using sputter coating, or metal evaporation. In this example, a chromium adhesion layer is coated on a glass slide, followed by a gold layer. After deposition, the photoresists is removed to expose the gold patterns. The gold patterns can then be used for the controlled assembly of cells, or as electrodes for bio-electronics. Photolithography can also be used to create polymer micro-patterns. For this, a layer of polymer is deposited on top of the silicon wafer prior to photolithography. Like with the silicon dioxide layers on silicon wafers, the polymer pattern exposed by the developed photoresist is etched away. The remaining photoresist is then removed to leave only the patterned polymer. The patterned polymer can be used to induce controlled cell growth, on or around the polymer islands. While photolithography is limited to the micro-scale, nano-scale patterns can be fabricated using a focused ion beam, or FIB. FIB uses a beam of ions to ablate or deposit materials on a surface in a precise pattern. In this example, pre-patterned gold electrodes were functionalized with molybdenum crystals. Then, nano-scale platinum bridges were deposited using FIB to connect the crystal to the gold electrode. These structures can then be used to improve and further miniaturized BioMEMS devices.

You've just watched Jove's Introduction to Micro-Fabrication via photolithography. You should now understand the basic photolithography process, how it is performed in the laboratory, and some ways that the technique is used in the fabrication of BioMEMS devices. Thanks for watching. 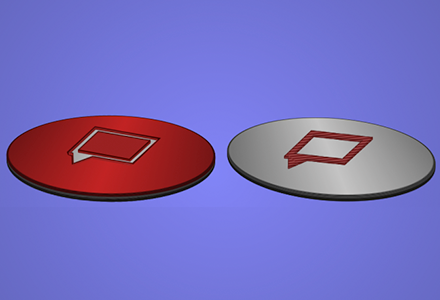