Immunoglobulin G (IgG) N-glycan is characterized using hydrophilic interaction chromatography UPLC. In addition, the structure of IgG N-glycan is clearly separated. Presented here is an introduction to this experimental method so that it can be widely used in research settings.

Glycomics is a new subspecialty in omics system research that offers significant potential in discovering next-generation biomarkers for disease susceptibility, drug target discovery, and precision medicine. Alternative IgG N-glycans have been reported in several common chronic diseases and suggested to have great potential in clinical applications (i.e., biomarkers for diagnosis and prediction of diseases). IgG N-glycans are widely characterized using the method of hydrophilic interaction chromatography (HILIC) ultra-performance liquid chromatography (UPLC). UPLC is a stable detection technology with good reproducibility and high relative quantitative accuracy. In addition, the structure of IgG N-glycan is clearly separated, and glycan composition and relative abundance in plasma are characterized.

N-glycosylation of human proteins is a common and essential post-translational modification1 and may help predict the occurrence and development of diseases relatively accurately. Due to the complexity of its structure, it is expected that there are more than 5,000 glycan structures, providing great potential as diagnostic and predictive biomarkers for diseases2. N-glycans attached to immunoglobulin G (IgG) have been shown to be essential for IgG's function, and IgG N-glycosylation participates in the balance between the pro- and anti-inflammatory systems3. Differential IgG N-glycosylation is involved in disease development and progression, representing both a predisposition and functional mechanism involved in disease pathology. The inflammatory role of IgG N-glycosylation has been associated with aging, inflammatory diseases, autoimmune diseases, and cancer4.

UPLC is widely used to explore the association between IgG N-glycosylation and certain diseases (i.e., ageing7, obesity8, dyslipidemia9, type II diabetes10, hypertension11, ischemic stroke12, and Parkinson's disease13). Compared to the other three abovementioned methods, UPLC has the following advantages5,14. First, it provides a relative quantitative analysis method, and the data analysis that involves total area normalization improves the comparability of each sample. Second, the cost of equipment and required expertise are relatively low, which makes it easier to implement and transform glycosylation biomarkers into clinical applications. Presented here is an introduction to UPLC so it can be more widely used.

All the subjects included in the protocol have been approved by the Ethics Committee of the Capital Medical University, Beijing, China12. Written informed consent was obtained from each subject at the beginning of the study.

As shown in Figure 1, IgG N-glycans were analyzed into 24 initial IgG glycan peaks (GPs) based on peak position and retention time. The N-glycan structures are available through mass spectrometry detection according to a previous study (Table 1)15. To ensure that the results were comparable, total area normalization was applied, in which the amount of glycans in each peak was expressed as a percentage of the total integrated area.

To assess the repeatability and stability of the method, the standard sample was tested in parallel six times. As shown in Table 2, the coefficient of variation (CV) of 24 GPs ranged from 1.84%-16.73%, 15 (62.50%) of which were below 10%. GPs with relatively small proportions (≤1.16%) showed high measurement errors (more than 10% of CV). In addition, the IgG N-glycan profiles combined from 76 individuals (Figure 2) indicated that the position of GP was stable, shape of GP was similar, and integration for the samples maintained the same intervals. The above results indicate that the method is stable and repeatable.

Figure 2: UPLC chromatogram of 76 individuals. The IgG N-glycan profiles were combined from 76 individuals to demonstrate the repeatability and stability of the method. Please click here to view a larger version of this figure. 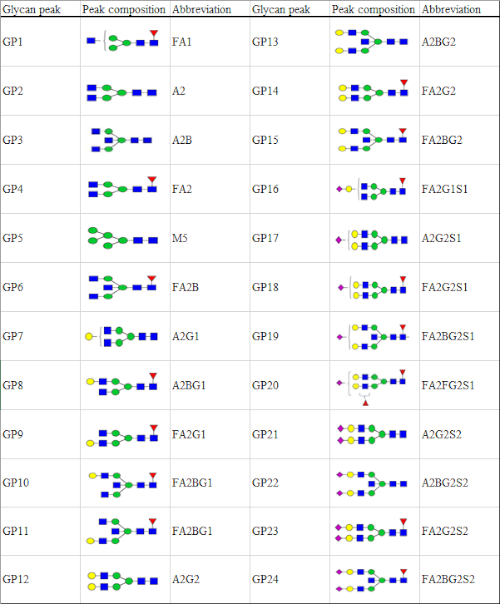 Table 2: Precision of the method. The standard sample is tested in parallel six times to assess the repeatability and stability of the method. CV: Coefficient of Variation; GP: Glycan peak; SD: Standard deviation.

UPLC serves as a relative quantitative analysis method5,15. The results indicate that UPLC is a stable detection technology with good reproducibility and relative quantitative accuracy. The amount of glycans in each peak is expressed as a percentage of the total integrated area using UPLC, which is the relative value. The relative quantification improves the comparability of test samples. In addition, 96 well protein G plates are used to purify IgG with 96 samples at one time for high throughput detection. The ability of protein G to bind IgG is greater than that of protein A, as described in previous studies15,16.

In addition, the structures of IgG N-glycan are clearly separated. The derived IgG glycans describe the level of galactosylation, sialylation, bisecting GlcNAc, and core fucosylation, which are calculated by the initial IgG N-glycans. In a previous study, some derived glycans (FBn, FBG0n / G0n, FBn / Fntotal, Bn / (Fn + FBn), FBG2n / FG2n, FG2n / (BG2n + FBG2n), BG2n / (FG2n + FBG2n)) could reflect the change in multiple glycosylation levels but did not reflect the level of specific glycosylation15.

In the present protocol, pH is important for maintaining the stability of IgG and glycan structures, especially for stabilizing terminal sialylation. Therefore, the pH value of the solution must be strictly controlled, and the pH of the solution exposed to IgG must be restored as well as glycans kept at a neutral pH level. In addition, the glycan release step is critical in this protocol. The key to glycan release is improving the activity of the PNGase F enzyme to maximize its efficiency. For example, it was found that 18-20 h is optimal for PNGaseF digestion. This step needs to be fully reacted.

There are some limitations of this technique. The method used cannot differentiate glycans released from the Fab and the Fc portions of IgG. Glycans from Fab and Fc are known to be different. With the developments in glycoproteomics, detection techniques can measure the levels of IgG combining N-glycans to explore the role of IgG N-glycans and N-glycosylation in diseases. The cost of equipment is relatively low; however, the cost per sample is rather high.

In summary, this protocol introduces UPLC so that it can be widely used. Comprehensive valuation and standardization of the analytical methods are needed before significant amounts of time and resources are invested in large-scale studies. As UPLC becomes more widely used, the effects of IgG N-glycans and N-glycosylation on certain diseases can be more accurately determined, and glycosylation biomarkers can be used for clinical applications. 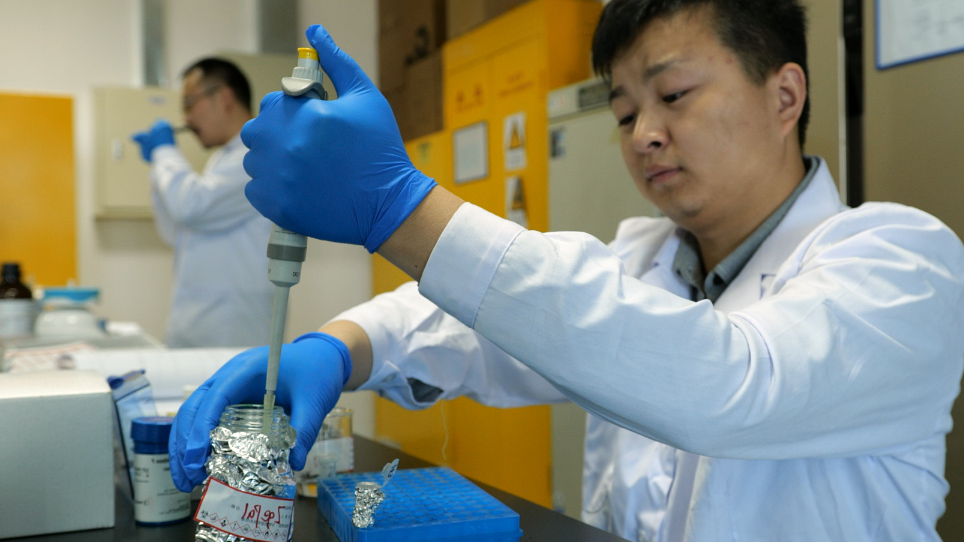