The American horseshoe crab, Limulus polyphemus, is arguably the most convenient source for large quantities of blood of any invertebrate. The blood is simple in composition, with only one cell-type in the general circulation, the granular amebocyte, and only three abundant proteins in the plasma, hemocyanin, the C-reactive proteins, and α2-macroglobulin. Blood is collected from the heart and the blood cells and plasma are separated by centrifugation.

The horseshoe crab has the best-characterized immune system of any long-lived invertebrate. The study of immunity in horseshoe crabs has been facilitated by the ease in collecting large volumes of blood and from the simplicity of the blood. Horseshoe crabs show only a single cell type in the general circulation, the granular amebocyte. The plasma has the salt content of sea water and only three abundant proteins, hemocyanin, the respiratory protein, the C-reactive proteins, which function in the cytolytic destruction of foreign cells, including bacterial cells, and α2-macroglobulin, which inhibits the proteases of invading pathogens. Blood is collected by direct cardiac puncture under conditions that minimize contamination by lipopolysaccharide (a.k.a., endotoxin, LPS), a product of the Gram-negative bacteria. A large animal can yield 200 - 400 mL of blood. For the study of the plasma, blood cells are immediately removed from the plasma by centrifugation and the plasma can then be fractionated into its constituent proteins. The blood cells are conveniently studied microscopically by collecting small volumes of blood into LPS-free isotonic saline (0.5 M NaCl) under conditions that permit direct microscopic examination by placing one of more LPS-free coverglasses on the culture dish surface, then mounting those coverglasses in simple observation chambers following cell attachment. A second preparation for direct observation is to collect 3 - 5 mL of blood in a LPS-free embryo dish and then explanting fragments of aggregated amebocytes to a chamber that sandwiches the tissue between a slide and a coverglass. In this preparation, the motile amebocytes migrate onto the coverglass surface, where they can readily be observed. The blood clotting system involves aggregation of amebocytes and the formation of an extracellular clot of a protein, coagulin, which is released from the secretory granules of the blood cells. Biochemical analysis of washed blood cells requires that aggregation and degranulation does not occur, which can be accomplished by collecting blood into 0.1 volumes of 2% Tween-20, 0.5 M LPS-free NaCl, followed by centrifugation of the cells and washing with 0.5 M NaCl.

Anatomical features of the horseshoe crab relevant to bleeding (Fig. 1) 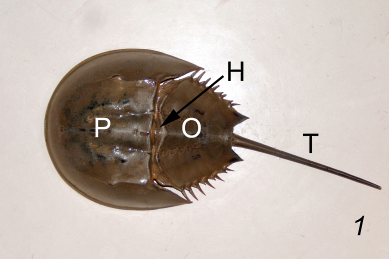 General considerations, sterility and protection from exposure to lipopolysaccharide (endotoxin)

Supplies and reagents for bleeding the horseshoe crab: collection of large volumes of blood

Bleeding the animal (specifically for the right-handed operator)

Processing and storage of plasma

Microscopic examination of the motile blood cells in culture

Horseshoe crabs require high quality sea water and can be maintained in aquaria fitted with a water purification system that provides particle filtration, aeration, and denitrification of the water25. Animals should be fed 2 or 3 times a week on shrimp, lobster, fish, or squid. Feeding is accomplished by removing the animal from the aquarium, placing it on its back, and placing the food on the mouth. If hungry, the animal will soon begin swallowing the food. Depending on the sophistication of the sea water system, the animal should be maintained for an hour or so until it defecates in a separate container of sea water or it can be returned to the aquarium after feeding has begun. For long-term maintenance, the animal should be kept away from light to prevent the growth of green or blue-green algae on the surface of the carapace. Algae erode the carapace and since the adult does not molt, this will cause death to the animal 26. In the wild, animals spend much of the time partially buried in sand, but sand or gravel in the aquarium presents a difficulty in maintaining the level of cleanliness important for long-term maintenance.

There are four species of horseshoe crab, Limulus polyphemus from the east coast of North America and three species that range from Japan to the Bay of Bengal. The animal is identified as a "living fossil" because anatomically similar forms have been found as fossils from 445 million years ago 27. The horseshoe crab represents a long-lived animal, requiring 10 - 13 years to reach maturity and living at least 20 years 28. Although it has been subjected to extensive harvesting as bait for the eel and conch fisheries29, the American horseshoe crab is still reasonably plentiful and allows the non-destructive collection of 50 mL of blood from a small adult and as much as 400 mL from a large female. Collection of even this much blood can be completed in less than 10 minutes. I know of no other readily available invertebrate that affords so much blood with so little effort.

The importance of the LAL test for endotoxin, an indicator for the presence of Gram-negative bacteria, has stimulated interest in the immune system of the horseshoe crab13. The LAL test depends on the activation of the initiating protease of the blood clotting system by LPS14, with a read-out of clot formation or of a colorimetric assay for protease activity. The two elements of immunity that have received the greatest attention have been the proteins of the plasma and the several proteins and peptides of the secretory granules of the blood cells. The result has been the elevation of the horseshoe crab to the status of having the best-described immune system for any long-lived invertebrate11

Original research described above was supported by NSF grant 0344630. 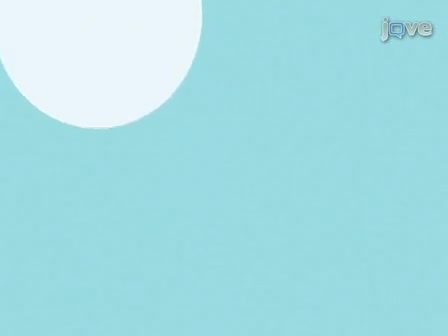