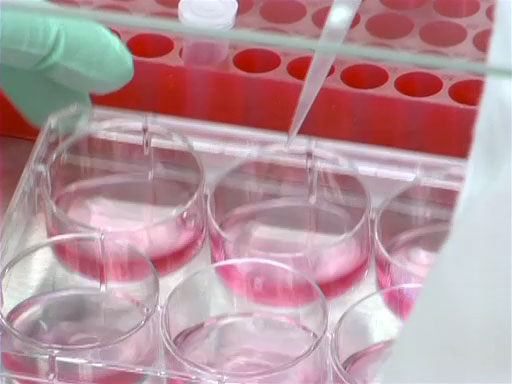 An Introduction to Transfection 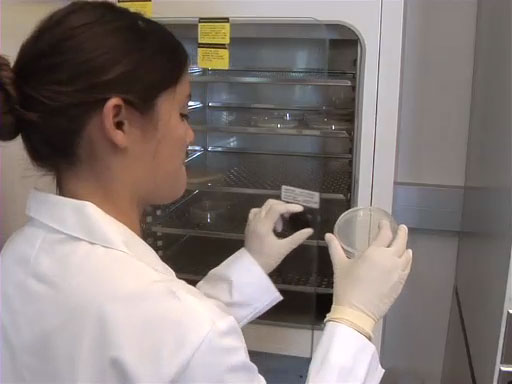 Restriction enzymes or endonucleases recognize and cut DNA at a specific sequence. These enzymes occur naturally in bacteria as a defense against bacteriophages - viruses that infect bacteria. Bacterial restriction enzymes cut the invading bacteriophage DNA while leaving the bacterial genomic DNA unharmed due to addition of methyl groups.

This video explains the basic principles of restriction enzymes including: how restriction enzymes are named and the types of recognition sites and overhangs that exist. Also provided is a step-by-step generalized procedure for how to set up a restriction digest including the necessary components, the order in which the mixture should be assembled, and the typical incubation temperature and time. The importance of inactivating restriction enzymes to prevent star activity is mentioned. Tips for performing multiple enzymes digests and using controls in digestion reactions are also provided.

Restriction enzymes, or restriction endonucleases, are used in a variety of different applications in molecular biology. These enzymes recognize and cleave a specific DNA sequence, called a restriction site. The video you are about to watch provides some background information on these miraculous molecules and shows how to set up a restriction enzyme digest.

Restriction enzymes recognize a sequence of nucleotides, usually four to eight base pairs long, called a recognition site. At specific nucleotides within the sequence, the enzyme will break the phosphodiester bonds in the DNA backbone. The recognition sites are usually palindromic, meaning that the sequence reads the same forwards and backwards. When the palindrome is found on complementary strands of DNA molecule it is called an inverted-repeat palindrome.

A restriction enzyme digest should be carefully planned. A digestion reaction typically consists of the following: deionized water, the DNA that’s going to be cut, buffer specific to the enzyme you will use, and sometimes a protein called bovine serum albumin or BSA. BSA will stabilize the reaction by preventing enzyme from sticking to the side of the container that houses the digest. Each restriction enzyme can potentially have different buffer conditions, incubation temperatures, and requirements for BSA. Suppliers of restriction enzymes will have resources that one can check to obtain all of the necessary information.

To begin setting up the digest, retrieve the restriction enzyme from the freezer or fridge. Keep the restriction enzyme on ice or a thermal resistant container to make sure there is optimal activity for future reactions. To a microfuge tube reaction components should be added in the following order. First, a volume of sterile, nuclease-free water that will yield a final reaction volume of 20μL. Then 10x Restriction Enzyme Buffer, then BSA if needed, up to 1μg of DNA, and 2-10 units of enzyme. Units are defined as the amount of enzyme required to produce a complete digest of 1μg of control DNA in 60 minutes at 37°C in a 50μL reaction volume. After, mix by vortexing and then centrifuge briefly at 12,000xg in a microcentrifuge to collect the contents at the bottom of the tube. Then incubate at an optimal temperature for your restriction enzyme, usually 37°C in a heating block for 1 to 4 hours.

Once your digest has completed, it’s a good idea to incubate the reaction mixture at 65˚C to heat inactivate the restriction enzymes. While restriction enzymes cut site-specifically most of the time, prolonged incubation times can lead to star activity, which is cutting at sites that are similar, but distinct from their typical digestion sites.

Following inactivation, the DNA should be run on an agarose gel to ensure that the digest was successful.

Here are a couple of helpful hints for running your digests and ensuring success.

Sometimes you may find yourself in a situation where multiple enzymes need to be used to generate a specific DNA fragment. In this case you need to check that buffer conditions and incubation temperatures are compatible between the two enzymes, if so, then you can perform a double digest and have both enzymes cut in the same reaction. Sometimes, however, you’ll find incompatibility in the reaction conditions between the two enzymes, and in this case the workaround is to use the enzymes sequentially. For example, the digest can be performed with one enzyme first, and then the buffer composition, can be altered in order to be optimal for the second enzyme. Another way to overcome buffer incompatibility and perform a sequential digest is to purify the DNA following the initial digest and then perform the second digest.

Using controls are a good way to understand why a digest might go wrong. For example, a no enzyme control will allow you to check the integrity of DNA sample and determine if exonuclease activity is present. The use of control DNA with known restriction sites allows the activity of the enzyme to be tested.

Now that we have seen how digests are carried out, lets have a look at various ways restriction enzymes can be used.

Restriction enzymes can be used diagnostically, in order to identify particular samples. By loading a digest into a specialized chip and then placing that chip into a machine called a bioanalyzer. Researchers can examine DNA fragment sizes, produced by the digest, in order to determine the authenticity of fish samples. The different banding patterns of the same gene from a given species, or in this case different species, are called restriction fragment length polymorphisms.

Restriction enzymes can also be used in subcloning to isolate a fragment of DNA from one plasmid and insert into another, so the desired fragment can be replicated using bacteria.

By employing the polymerase chain reaction, or PCR to introduce restriction sites into genes at very specific locations, restriction enzymes can be used to determine the presence of single nucleotide differences in alternate forms of the same gene, or allele. These single nucleotide polymorphisms, or SNPs, are difficult to detect with PCR and gel electrophoresis alone. With the introduction of the restriction site within the SNP, a simple digest can distinguish between the alleles.

You’ve just watched JoVE’s video on restriction enzymes. You’ve learned where these enzymes come from, been taught some basics about how they work, seen how to set up a digest, and learned how restriction enzymes can be used in molecular biology. As always, thanks for watching!