Laser microdissection is a technique that allows the recovery of selected cells from minute amounts of parenchyma. Here we describe a protocol for acquiring human pancreatic islets from surgical specimens to be used for transcriptomic studies. Our protocol improves the intrinsic autofluorescence of human beta cells, thus facilitating their collection.

Laser microdissection (LMD) is a technique that allows the recovery of selected cells and tissues from minute amounts of parenchyma 1,2. The dissected cells can be used for a variety of investigations, such as transcriptomic or proteomic studies, DNA assessment or chromosomal analysis 2,3. An especially challenging application of LMD is transcriptome analysis, which, due to the lability of RNA 4, can be particularly prominent when cells are dissected from tissues that are rich of RNases, such as the pancreas. A microdissection protocol that enables fast identification and collection of target cells is essential in this setting in order to shorten the tissue handling time and, consequently, to ensure RNA preservation.

Here we describe a protocol for acquiring human pancreatic beta cells from surgical specimens to be used for transcriptomic studies 5. Small pieces of pancreas of about 0.5-1 cm3 were cut from the healthy appearing margins of resected pancreas specimens, embedded in Tissue-Tek O.C.T. Compound, immediately frozen in chilled 2-Methylbutane, and stored at -80 °C until sectioning. Forty serial sections of 10 μm thickness were cut on a cryostat under a -20 °C setting, transferred individually to glass slides, dried inside the cryostat for 1-2 min, and stored at -80 °C.

Immediately before the laser microdissection procedure, sections were fixed in ice cold, freshly prepared 70% ethanol for 30 sec, washed by 5-6 dips in ice cold DEPC-treated water, and dehydrated by two one-minute incubations in ice cold 100% ethanol followed by xylene (which is used for tissue dehydration) for 4 min; tissue sections were then air-dried afterwards for 3-5 min. Importantly, all steps, except the incubation in xylene, were performed using ice-cold reagents - a modification over a previously described protocol 6. utilization of ice cold reagents resulted in a pronounced increase of the intrinsic autofluorescence of beta cells, and facilitated their recognition. For microdissection, four sections were dehydrated each time: two were placed into a foil-wrapped 50 ml tube, to protect the tissue from moisture and bleaching; the remaining two were immediately microdissected. This procedure was performed using a PALM MicroBeam instrument (Zeiss) employing the Auto Laser Pressure Catapulting (AutoLPC) mode. The completion of beta cell/islet dissection from four cryosections required no longer than 40-60 min. Cells were collected into one AdhesiveCap and lysed with 10 μl lysis buffer. Each single RNA specimen for transcriptomic analysis was obtained by combining 10 cell microdissected samples, followed by RNA extraction using the Pico Pure RNA Isolation Kit (Arcturus). This protocol improves the intrinsic autofluorescence of human beta cells, thus facilitating their rapid and accurate recognition and collection. Further improvement of this procedure could enable the dissection of phenotypically different beta cells, with possible implications for better understanding the changes associated with type 2 diabetes.

As shown in Figure 1, the modified dehydrating protocol led to an improvement of beta cells autofluorescence compared to the previous published protocol 6. Applying the described protocol, each of 39 surgical pancreatic specimens was used to generate 40 serial cryosections for an average of 31'544'704 μm3 tissue/ pancreatic specimen (range: 8'742'390 - 81'522'153 μm3) as shown in Table 1. This represents the volume of about 18 pancreatic islets of 150 μm diameter, or of 35,000 β-cells. The tissue originated from an average of 38 different islets/pancreatic specimen (range: 19 - 80 islets), each of which was typically observed in two or more consecutive sections. The large variability in the yield of islets among different specimens reflects the heterogeneity of the tissue source, either pancreatic head or tail, as well as the progressive improvement of the operators in the detection of the islets within the 10 min time devoted to the inspection of each section.

Total RNA from each microdissected and lysed tissue was purified with the Arcturus PicoPure Frozen RNA Isolation Kit of Applied Biosystems and eluted in 11 μl, according to the protocol of the manufacturer. Subsequently 1 μl RNA of each sample was analyzed by the Agilent 2100 Bioanalyser. We obtained on average 42 ng RNA/specimen (range: 5 - 229 ng/specimen) with a mean RNA integrity number (RIN) of 5.8 (range: 3.4 - 7.2). Figure 2 shows an example of the RNA analysis. Whichever the RIN value all analyzed RNA samples were successfully used for transcriptomic studies. We did not find a direct relationship between the amount of microdissected tissue and the RNA yield. Differences in the time interval between the harvesting by the surgeons and the freezing of the pancreatic specimens after its examination and release by the pathologist could account in part for the variable quality and quantity of recovered RNA. Other key factors to consider are the laser energy applied for microdissection, with the lower energy yielding the higher RNA integrity, as well as the laser focus and the distance of the LPC points. The focus is ideally set when a slight "impact" of the laser on the glass surface of the slide, forming a small black dot, can be seen. In our hands the best results are achieved with a laser energy of 50%, a laser focus of 65%, albeit adapted to compensate for differences in the thickness of the sections, and a distance of LPC points of 5 μm. Additionally, the RNA quantity can be optimized by keeping the working height of the RoboMover, i.e. the distance between the adhesive cap and the section, as low as possible to avoid loss of microdissected tissue during the capturing process. In our set up the working height is at -10,100 arbitrary PALM units.

Table 1. Overview of the amount of microdissected tissue and the quality and quantity of the extracted RNA. The specimens are listed chronologically. The collected tissue volume is calculated as follows: thickness of cryosection (10 μm) x microdissected area [ μm2]. 1 μl RNA of each sample was analyzed on the Agilent 2100 Bioanalyser PicoChip.

We describe a reliable approach for the laser microdissection (LMD) of human islets from surgical pancreatic specimen. Provided that a LMD microscope is available, this procedure could be implemented at any research institution performing partial pancreatectomies, thereby increasing access to human islet material from both non-diabetic and type 2 diabetic subjects. This is especially relevant given the paucity of pancreata offered for islet isolation. Favourable aspects of LMD compared to islet isolation by collagenase digestion are the reduced time between explantation of the tissue and processing of the islets for RNA extraction 7, the enrichment of beta cells 7, as well as the avoidance of harsh mechanical and enzymatic manipulations 8,9,10, which could alter the gene expression profile. In the case of partially pancreatectomized patients more clinical and metabolic information is typically available than in the case of organ donors. On the other hand, isolation of islets by LMD yields less RNA with lower RIN values compared to those observed after collagenase digestion and does not provide living islets for functional studies. Moreover, the pancreatic disease leading to surgery may affect the islet expression profile. A balanced evaluation of these pros and cons will be achievable through comparative studies on a large number of islet isolations carried out by collagenase digestion and LMD either from organ donors or partially pancreatectomized patients, such as those on-going in the multicenter Innovative Medicine Initiative for Diabetes (IMIDIA) with the goal of "Improving beta-cell function and identification of diagnostic biomarkers for treatment monitoring in Diabetes" (http://www.imidia.org).

We want to thank all our colleagues who provided help, advice and critical input at various steps of this project. Production of this video article was supported with funds from IMIDIA (http://www.imidia.org), the German Ministry for Education and Research (BMBF) to the German Centre for Diabetes Research (DZD, http://www.dzd-ev.de) and the University Hospital Carl Gustav Carus at the University of Technology Dresden. The work leading to this publication has received support from the Innovative Medicines Initiative Joint Undertaking under grant agreement n ° 155005 (IMIDIA), resources of which are composed of financial contribution from the European Union's Seventh Framework Programme (FP7/2007-2013) and EFPIA companies' in kind contribution. 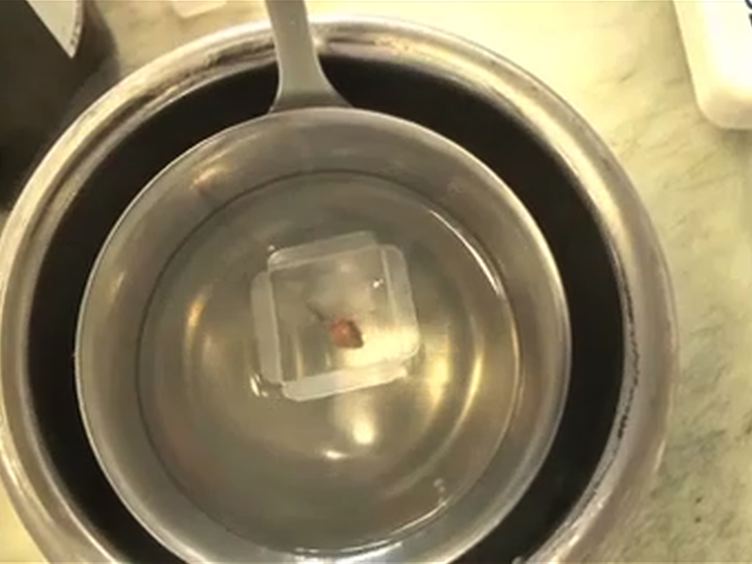