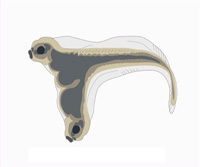 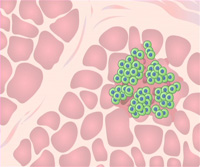 An Introduction to Molecular Developmental Biology

Molecular signals play a major role in the complex processes occurring during embryonic development. These signals regulate activities such as cell differentiation and migration, which contribute to the formation of specific cell types and structures. The use of molecular approaches allows researchers to investigate these physical and chemical mechanisms in detail.

Studies in the field of molecular developmental biology provide insight about the changes that occur at the cellular level during differentiation and development. Researchers examine the physical and chemical mechanisms that regulate cell functions. This helps in understanding how cells give rise to specialized tissues within the maturing embryo, and how defects at the molecular level can lead to disease states.

This video presents a brief history of molecular developmental biology, introduces key questions asked by scientists in this field, describes some tools available to answer those questions, and discusses a few current lab applications.

Let's start by reviewing some landmark studies in the history of molecular developmental biology research.

In 1957, Conrad Waddington published a book entitled "The Strategy of the Genes" in which he tried to explain how cell fate is decided. Based on previously conducted tissue transplantation studies, he presented a conceptual model describing that a cell is like a marble rolling down a hill, and the path it takes to reach the bottom will determine its final differentiated state. This idea that distinct cell types arise from undifferentiated cells receiving different signals during development became known as the "epigenetic landscape."

Around the same time, Rita Levi-Montalcini and Stanley Cohen observed that transplanting tumors into chick embryos led to rapid neuron growth. They hypothesized that a substance secreted by the tumors caused this growth, and identified the protein as nerve growth factor, or NGF. Soon after that, Cohen discovered another growth factor that was secreted by mouse salivary gland and promoted the growth of epithelial cells. He identified this protein as epidermal growth factor, or EGF.

Later, in 1969, Lewis Wolpert proposed a theory about how a certain class of signaling molecules, known as morphogens, act directly on cells to induce specific responses at varying concentrations. He used colors of the French flag to model cell states, red serving as the default state when no signal is present. From there, low morphogen concentrations, shown in white, might activate one gene, while high morphogen concentrations, shown in blue, might activate a different gene.

Expanding on this work, in 1988 Christiane Nusslein-Volhard identified the first known morphogen by conducting genetic screens on flies. She used antibodies to show that a protein, known as Bicoid, forms a concentration gradient along the anterior-posterior axis of the developing embryo, and controls the expression of genes important for organizing the head and thorax regions.

During the early 1990s, Peter Lawrence and Ginés Morata used their own work in flies to expand the theory of morphogen gradients. They hypothesized that one set of cells is responsible for organizing one particular compartment of the organism. As development proceeds, molecular signals instruct those cells to divide and construct more compartments, continuing until the whole organism is formed.

Now that we have reviewed some historical highlights, let's examine a few fundamental questions asked by current developmental biologists.

To begin, some researchers focus on identifying the molecules that regulate development. For example, they might study individual, or combinations of, growth factors shown to cause a specific cell response, such as differentiation or migration.

Other developmental biologists investigate how these molecules regulate the developmental process. They might study how the concentration of a molecular signal can instruct a cell to differentiate or migrate. They also ask about how cells communicate with other nearby cells, and look at signaling molecules which diffuse over a short distance and act locally, known as paracrine factors.

Finally, some developmental biologists want to understand about how cells respond to external signals. They may study changes inside the cell itself, such as increases or decreases in the expression of particular genes, by looking at levels of their encoded proteins. Others focus on external changes, such as alterations in cell shape or size.

Now that you have a feel for key questions asked by molecular developmental biologists, let's look at some of the techniques they use to find answers to these questions.

Staining is one of the most widely used approaches to investigate gene expression patterns, and to identify the molecules that regulate development.

Immunohistochemistry is a staining technique that uses antibodies conjugated to chemical or fluorescent reporters to label proteins. Visualization of proteins by fluorescence microscopy offers insights about their localization in tissue sections, and also their potential contributions to cellular structures. Whole-mount in situ hybridization is an alternative staining method, which uses labeled DNA or RNA oligonucleotides to look at patterns of gene expression in three-dimensional tissues.

Explant culture is another commonly used approach in this field to study the mechanisms by which external stimuli act. In this technique, a tissue is removed from the natural site of growth and grown in culture. Specific growth conditions, such as the substrate on the culture plates or growth factors added to the culture media, can then be examined for their effects on developing cells and tissues.

Frequently, cells from a tissue of interest are transplanted from a donor to a host organism, and then monitored over the course of development.

Now that you're familiar with some general laboratory methods, let's look at some applications of molecular developmental biology research.

One approach to determining the role specific gene products play in development is to alter their expression by external means. In this experiment, antisense oligonucleotides called morpholinos were injected to knockdown two zebrafish genes important for proper inner ear development. Immunostaining of structural proteins showed that embryos with reduced gene expression exhibit fewer neurons and hair cells within the inner ear compared to the controls.

Another application of molecular developmental biology is to figure out when and where genes are expressed, to better understand how their encoded proteins may function. Researchers in this experiment used fluorescently labeled RNA probes complementary to two target transcripts in order to identify cells transcribing one or both genes of interest.

Some scientists use explant cultures to analyze cell responses under various conditions. In this experiment, investigators dissected sensory neurons from the inner ear of chick embryos and cultured them for several hours. Next, cultures were switched to media containing protein beads. Time-lapse confocal images following incubation with labeled antibodies revealed that proteins on the beads promoted the growth of projections from neuron cell bodies.