RPPA enables the protein expression of hundreds of samples, printed on nitrocellulose slides to be interrogated simultaneously, using fluorescently labelled antibodies. This technique has been applied to study the effect of drug treatment heterogeneity within clear cell renal carcinoma.

Currently there is no curative treatment for metastatic clear cell renal cell cancer, the commonest variant of the disease. A key factor in this treatment resistance is thought to be the molecular complexity of the disease 1. Targeted therapy such as the tyrosine kinase inhibitor (TKI)-sunitinib have been utilized, but only 40% of patients will respond, with the overwhelming majority of these patients relapsing within 1 year 2. As such the question of intrinsic and acquired resistance in renal cell cancer patients is highly relevant 3.

In order to study resistance to TKIs, with the ultimate goal of developing effective, personalized treatments, sequential tissue after a specific period of targeted therapy is required, an approach which had proved successful in chronic myeloid leukaemia 4. However the application of such a strategy in renal cell carcinoma is complicated by the high level of both inter- and intratumoral heterogeneity, which is a feature of renal cell carcinoma5,6 as well as other solid tumors 7. Intertumoral heterogeneity due to transcriptomic and genetic differences is well established even in patients with similar presentation, stage and grade of tumor. In addition it is clear that there is great morphological (intratumoral) heterogeneity in RCC, which is likely to represent even greater molecular heterogeneity. Detailed mapping and categorization of RCC tumors by combined morphological analysis and Fuhrman grading allows the selection of representative areas for proteomic analysis.

Protein based analysis of RCC8 is attractive due to its widespread availability in pathology laboratories; however, its application can be problematic due to the limited availability of specific antibodies 9. Due to the dot blot nature of the Reverse Phase Protein Arrays (RPPA), antibody specificity must be pre-validated; as such strict quality control of antibodies used is of paramount importance. Despite this limitation the dot blot format does allow assay miniaturization, allowing for the printing of hundreds of samples onto a single nitrocellulose slide. Printed slides can then be analyzed in a similar fashion to Western analysis with the use of target specific primary antibodies and fluorescently labelled secondary antibodies, allowing for multiplexing. Differential protein expression across all the samples on a slide can then be analyzed simultaneously by comparing the relative level of fluorescence in a more cost-effective and high-throughput manner.

An example of a scanned RPPA slide can be seen in Figure 4(i) with both 680 and 800 nm channels shown. Separating the images by wavelength, Figure 4(ii) enables each pad on the RPPA slide to be analyzed and individual protein expression determined Figure 4(iii). As can be seen in Figure 4(iii) the expression of individual proteins across the samples is unique with Gelsolin having a high level of expression across the slide compared to cMYC which has a much lower protein expression, but still universally expressed across all the samples tested. In contrast CD10 gave variable expression, with certain samples giving a high level of expression despite other samples having little or no expression detectable. Finally pJAK2 failed to produce any detectable protein expression above background level. From a quality control perspective the results of pJAK2 would be unacceptable whereas those of CD10 would be acceptable due to the detected protein expression levels of a number of samples on the slide. Figure 5 shows highlights the lack of cross reactivity between secondary antibodies and primary antibodies of another species. An example of the Supercurve used to calculate samples across an individual slide can be seen in Figure 6. These curves are used to produce relative protein based expression data such as in Figure 7(a-c). Figure 7a shows the expression levels of a representative protein across the three RPPA slides highlighting how RPPA can detect differences between treated and untreated samples. Figure 7b focuses on the differential protein expression levels after the samples from Figure 7a have been grouped based on treatment, with higher protein expression being found to be in the pretreatment. Figure 7c focuses on the higher intratumoral variance for the post treatment samples after the samples have been grouped based on treatment, with higher variance being found in the post treatment samples. 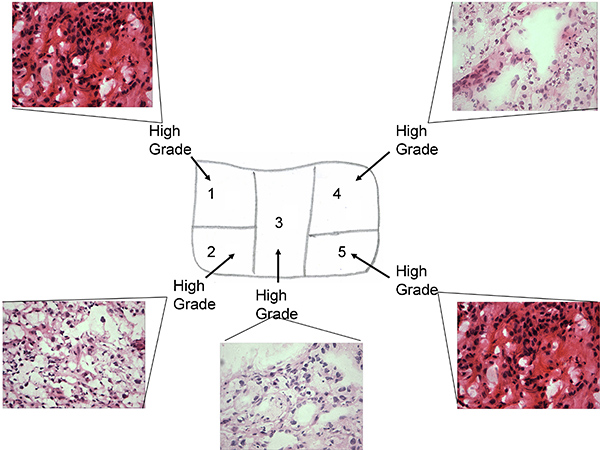 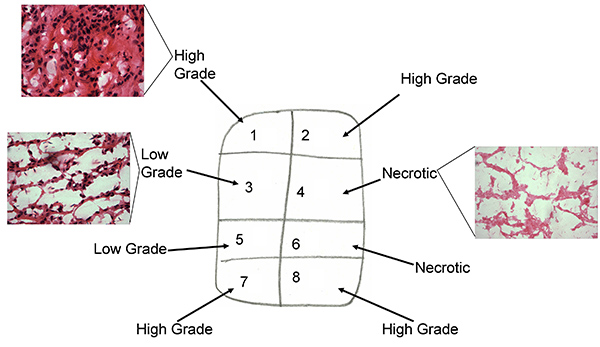 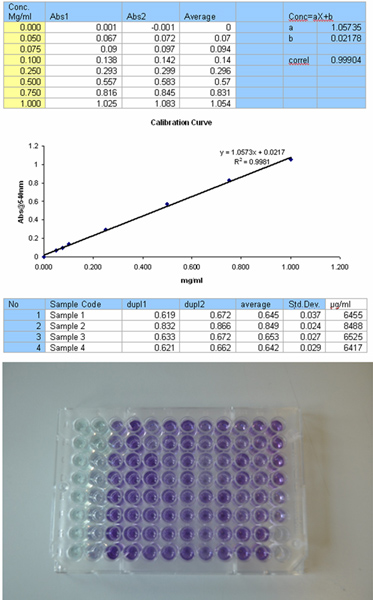 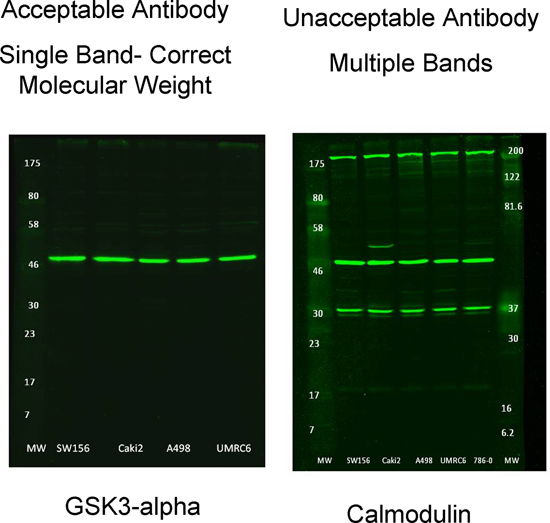 Figure 3. Examples of suitable and unsuitable primary antibodies for use with RPPA 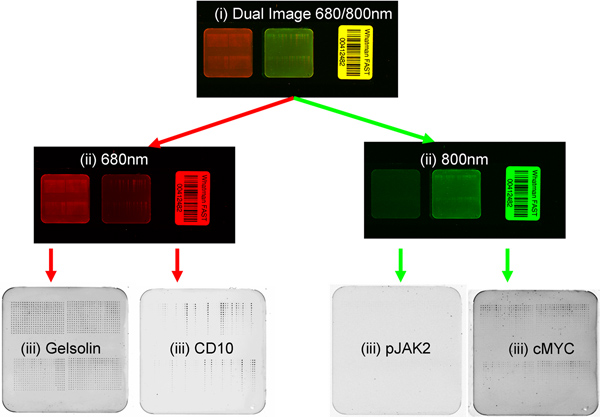 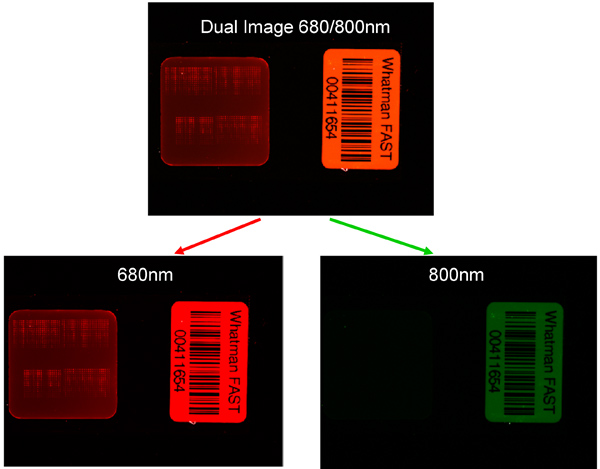 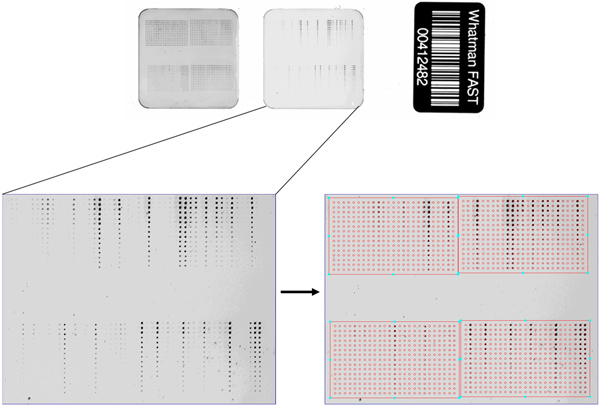 Figure 6a. Fitting the Grid on the RPPA slide Spots. Click here to view larger figure. 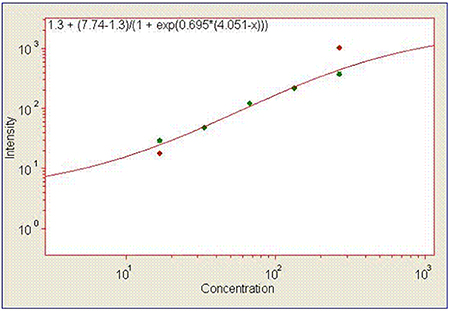 Figure 6b. Example of SuperCurve which is used for comparative analysis of all the samples on the RPPA slide. Green spots represent "acceptable" spots and red represent "outliers" based on predefined limits in the analysis software. 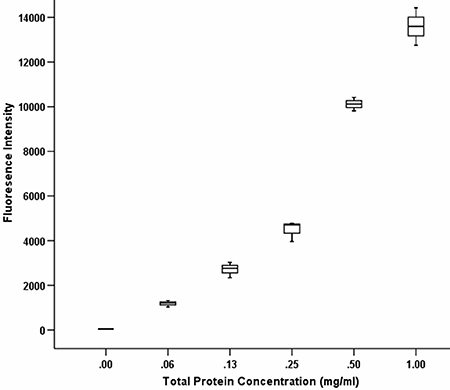 Figure 6c. Example of the reproducibility of the spotted samples, example shown includes the triplicate spots of the 5 dilutions of a single sample in addition to the blank.

Figure 7a. Typical RPPA data for a protein (MLH1), compared across multiple slides. Each sample corresponds to a tumor sub region. 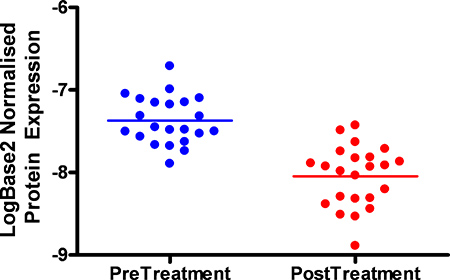 Figure 7b. Differential protein expression for MLH1 for pre and post treatment samples. 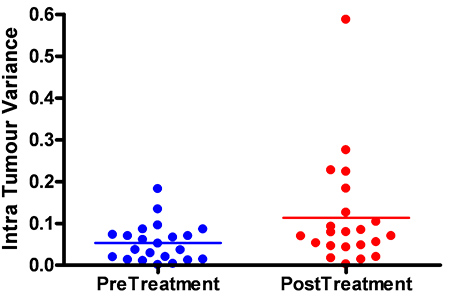 The RPPA method presented here represents a high throughput alternative to the widely used but comparatively low throughput western blot technique of protein analysis. The method allows hundreds of samples to be semi-quantitatively analyzed and compared simultaneously allowing for direct comparison of key proteins across a wide selection of cell lines and tissue samples. Multiplexing with different antibody species further increases the power of the technique allowing multiple antibodies to be used simultaneously. The example presented here highlights the ability of RPPA in the study of tumor heterogeneity and the effect of targeted therapy on heterogeneity.

As a technique RPPA has a number of critical steps of which antibody selection is paramount. Due to the dot blot nature of the technique antibody specificity cannot be confirmed during the analysis and must be ascertained prior to use. In the current study 83 antibodies were validated on western blots of which only 58 passed (fail rate of ~30%). Of these 58, 55 antibodies gave acceptable results when analyses on RPPA (95% success rate).Other critical steps include the selection of a concentration to spot samples on the RPPA slides as well as uniformity of spotting. A higher concentration will give more sensitive results but may result in fewer samples being spotted due to insufficient protein being present. The minimum amount of tissue which will provide sufficient protein for RPPA spotting is tumor dependent. For RCC a minimum of 50 mg was used which allowed multiple sub sections of a tumor to be analyses while still maintained a spotting concentration of 1 mg/ml. Uniformity of spotting is also key as the analysis assumes that all samples are spotted at a single concentration, although this can be verified using a total protein antibody after slide spotting. The final consideration is the use of a control sample to be used when samples numbers are so high that they cannot be spotted on a single slide as was the case in the examples here. In the example used here we incorporated protein from a renal cell line as well as from a HUVEC cell line as controls. The use of cell line protein allows large quantities of proteins to be extracted and used for multiple slides. The control compensates for any intrinsic error due to spotting or antibody incubations and compensates for deviations due to different users and slides being used on different days.

RPPA as a technique is flexible with regards to the number of samples to be used. The examples presented here used ~300 samples from 45 tumor samples which were spread over three slides, with 2 pads on each slide. Alternatively the current format could have been spotted on a single slide with 1 pad. As such the format can be tailored to the individual needs of the experiments, the more pads on a slide the more antibodies can be used simultaneously but limit the number of samples.

The work of authors FCO, DF, JN, DJH and GDS mentioned above is funded by the Chief Scientist Office, grant number: ETM37 and supported by the Cancer Research UK Experimental Cancer Medicine Centre. The work of AL is funded by the Royal College of Surgeons of Edinburgh Robertson Trust, the Melville Trust for the care and cure of cancer and the Medical Research Council. IO is supported by a Royal Society of Edinburgh Scottish Government Fellowship cofunded by Marie Curie Actions and the UK Medical Research Council. The authors would like to thank SCOTRRCC co-applicants and collaborators for their useful discussions on some of the topics discussed in this paper. 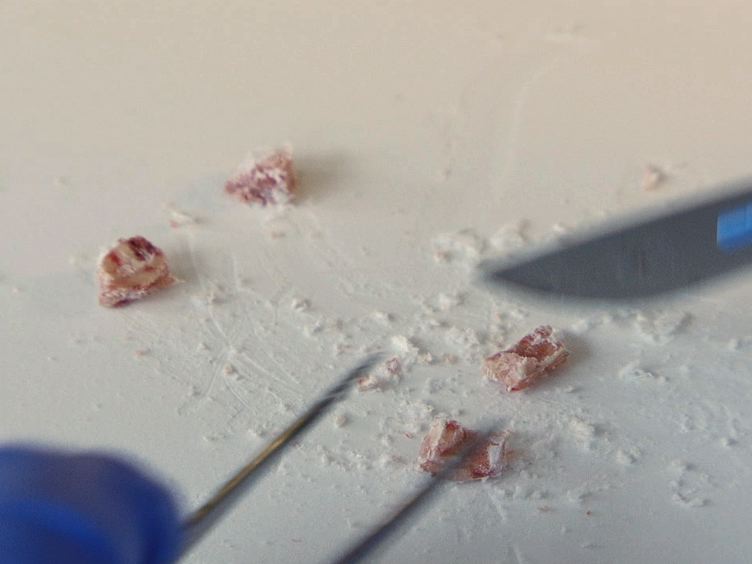