We present a protocol for improving the performance of CO2 photoreduction to CH4 by heightening the incident light intensity via concentrating solar energy technology.

We demonstrate a method for the enhancement of CO2 photoreduction. As the driving force of a photocatalytic reaction is from solar light, the basic idea is to use concentration technology to raise the incident solar light intensity. Concentrating a large-area light onto a small area cannot only increase light intensity, but also reduce the catalyst amount, as well as the reactor volume, and increase the surface temperature. The concentration of light can be realized by different devices. In this manuscript, it is realized by a Fresnel lens. The light penetrates the lens and is concentrated on a disc-shaped catalyst. The results show that both the reaction rate and the total yield are efficiently increased. The method can be applied to most CO2 photoreduction catalysts, as well as to similar reactions with a low reaction rate at natural light.

The utilization of fossil fuels is accompanied by large amounts of CO2 emission, contributing greatly to global warming. CO2 capture, storage, and conversion are essential to reduce the CO2 content in the atmosphere1. The photoreduction of CO2 to hydrocarbons can reduce CO2, convert CO2 to fuels, and save solar energy. However, CO2 is an extremely stable molecule. Its C=O bond possesses a higher dissociation energy (about 750 kJ/mol)2. This means that CO2 is very hard to be activated and transformed, and only short wavelength lights with high energy can be functional during the process. Therefore, CO2 photoreduction studies suffer from low conversion efficiencies and reaction rates at present. Most reported CH4 yield rates are only at several µmol·gcata-1·h-1 levels on a TiO2 catalyst3,4. The design and fabrication of photocatalytic systems with high conversion efficiency and reaction rate for CO2 reduction remain a challenge.

One popular area of research into CO2 photoreduction catalysts is to broaden the available light band to the visible spectrum and enhance the utilization efficiency of these wavelengths5,6. Instead, in this manuscript, we try to increase the reaction rate by enhancing the light intensity. As the driving force of a photocatalytic reaction is solar light, the basic idea is to use concentration technology to raise the incident solar light intensity and, therefore, increase the reaction rate. This is similar to a thermocatalytic process, where the reaction rate can be increased by increasing the temperature. Of course, the temperature effect cannot be not increased infinitely, and likewise with the light intensity; a major goal of this research is to find a suitable light intensity or concentration ratio.

This is not the first experiment that uses concentrating technology. In fact, it has been widely used in concentrating solar power and waste water treatment7,8. Biomaterials such as beech wood sawdust can be pyrolyzed in a solar reactor9,10. Some previous reports have mentioned the method for CO2 photoreduction11,12,13. One sample exhibited a 50% increment in the product yield when the light intensity was doubled14. Our group has found that concentrating light can raise CH4 yield rate with an up to 12-fold increase in intensity. In addition, pretreatment of catalyst before reaction by concentrating light can further increase the CH4 yield rate15. Here, we demonstrate the experimental system and method in detail.

When the anodization method was used, a layer of TiO2 nanotube arrays would form on the foil. Figure 2 displays some characterization results. However, more importantly, TiO2 arrays or other semiconductors could stick on the foil for easy cutting into discs of various sizes without breaking.

We have tested the catalytic performance of as-prepared TiO2 and other semiconductors under concentrating light. Figure 3 displays typical results of CH4 yield versus irradiation time under different concentration ratios (the ratio of the area of light source to the area of the catalyst). The reaction rates of methane on different catalysts were significantly improved under the concentrating conditions. In the case of TiO2, the maximum methane production rate reached 34.56 µmol·gcata-1·h-1. In the case of Fe2O3, the maximum methane production rate reached 19.15 µmol·gcata-1·h-1, which is about 18 times the rate under nature light15. If the catalyst is pretreated with suitable gas (air), the methane production rate can be further increased. The effect is considered to be from the change in surface properties, but more research is needed to prove this. 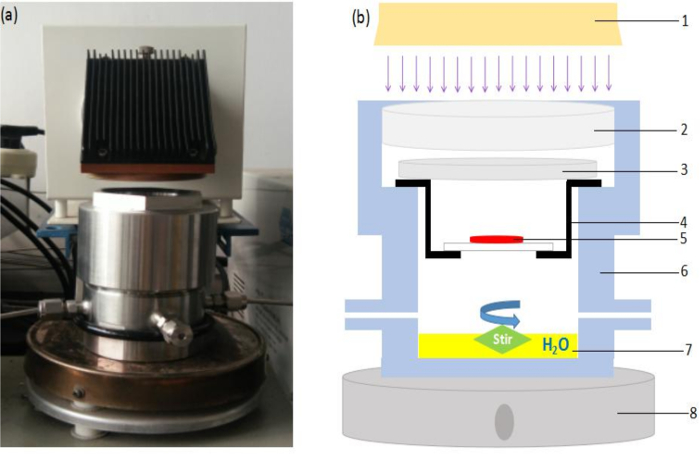 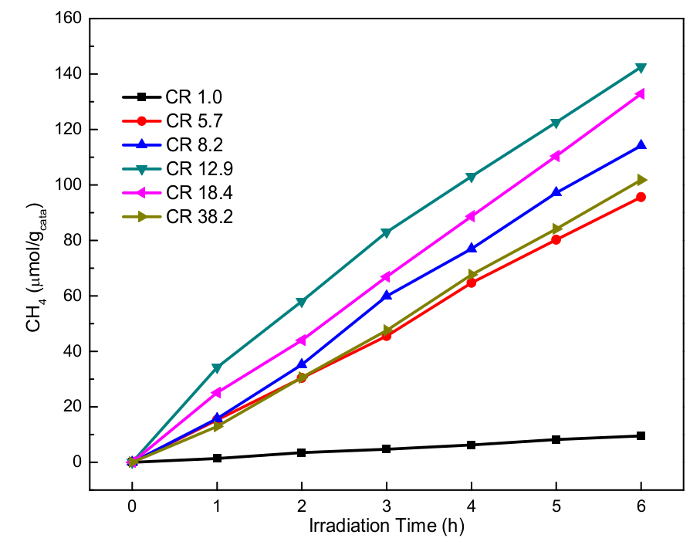 Figure 3: Representative results for the CH4 yield at different concentration ratios (CR). Please click here to view a larger version of this figure.

Concentrating light reduces the light incident area and requires the use of a disc-shaped catalyst or a so-called fixed-bed reactor to hold the catalyst. Since the light source is usually a round-shaped lamp, the shape of the catalyst should also be round. To obtain a round disc, it is possible to press the powder into a disk by tableting or to change the metal foil into an oxide by anodization. The anodization method uses electricity to oxidize the metal to an oxide semiconductor. As the metal precursor is already a sheet or foil, it can be trimmed more easily after oxidation without breaking it.

To summarize, we have demonstrated a concentrating light method to improve CO2 photoreduction behavior. Considering the meaning of reducing the catalyst amount and increasing the reaction rate, the method might be useful for the photocatalytic decomposition of H2O, the reduction of CO2, and degradation of volatile organic compounds (VOCs) under real sunlight. At present, there are few studies on photocatalysis under real sunlight, and the yield is very low. Concentration can vastly reduce the volume of the reactor and save costs; in addition, it can increase the light intensity and temperature and, thus, greatly improve the photocatalytic efficiency, but it may be necessary to add an automatic solar tracking system in consideration of the movement of sunlight. 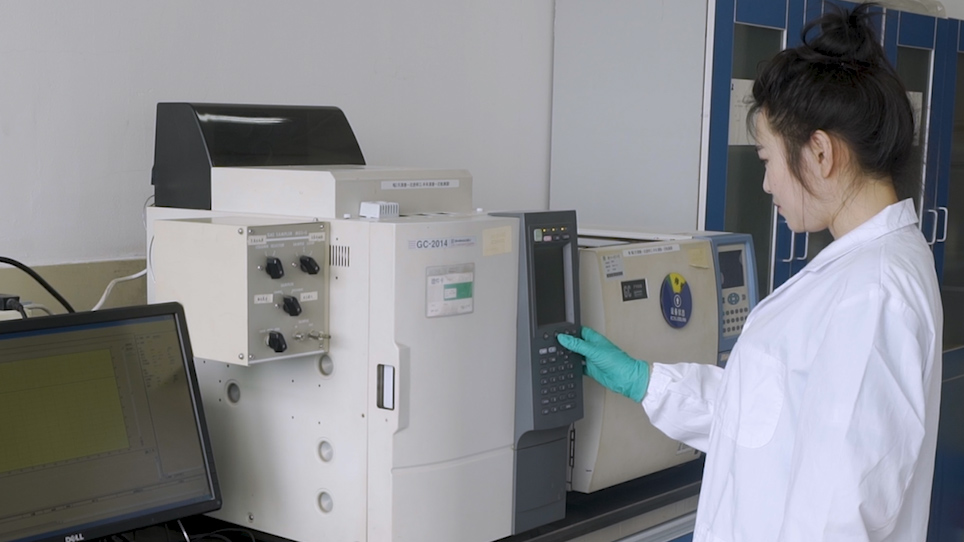