Here, we present a “Q” suture technique that can be performed in tendon repair and its effects on the gap formation and tensile strength of the repaired tendons. Q suture is shown to be efficient in enhancing the tensile resistance and tendon repair strength.

Peripheral epitendinous sutures are believed to enhance core suture strength in tendon repair and decrease the risk of gapping between tendon ends. Here Q suture, an alternative to peripheral sutures, is presented for the use in tendon repair. Its effects on gap formation and tensile strength of the repaired tendons were compared with conventional running peripheral sutures. Three 2-strand sutures and three 4-strand sutures were used in repairing porcine tendons. The time required for performing 2Q and running sutures were recorded. The repaired tendons were subjected to a cyclic loading test, and the cycle number, during which a 2-mm gap was formed, was determined. After the cyclic loading, the gap size at the tendon ends and the ultimate strength of the repaired tendons were measured. Augmentation with the Q sutures reduced the number of tendons showing 2-mm gaps at tendon ends during cyclic loading. With addition of Q sutures 2-strand sutures significantly increased the ultimate strength of the repaired tendons and 4-strand sutures decreased the gap distance at the repair site of tendons. The time required for performing 2Q sutures was significantly less than that for running sutures. Therefore, we conclude that the Q suture is efficient in enhancing the tensile resistance and tendon repair strength and can be an alternative to conventional peripheral sutures.

Gap formation at tendon repair site affects tendon repair strength and gliding resistance substantially. The consequences of gapping between tendon ends may ultimately impede tendon healing in vivo1. It has been reported that the presence of a gap larger than 2 mm at the repair site lead to a significant increase in the gliding resistance of repaired intrasynovial tendon in cadaveric hands2. A study in a canine model has shown that a gap size larger than 3 mm would impair the tendon healing strength and stiffness3. Therefore, improving resistance and decreasing the risk of gapping between tendon ends are critical for tendon repair.

In a recent study, a technique, alternative to peripheral suture, named Q suture, because its shape is similar to the letter “Q”, is presented11. Here, we compared this suturing technique with running peripheral suture to check for the differences in gapping resistance and the tensile strength of repaired tendons. The results showed that Q suture was more efficient in enhancing the gapping resistance and ultimate strength of the repaired tendons in the cyclic loading test. Therefore, this article aims to provide a detailed description of how to perform Q suture technique and the biomechanical settings for testing the effects of Q suture on the properties of the repaired tendons. 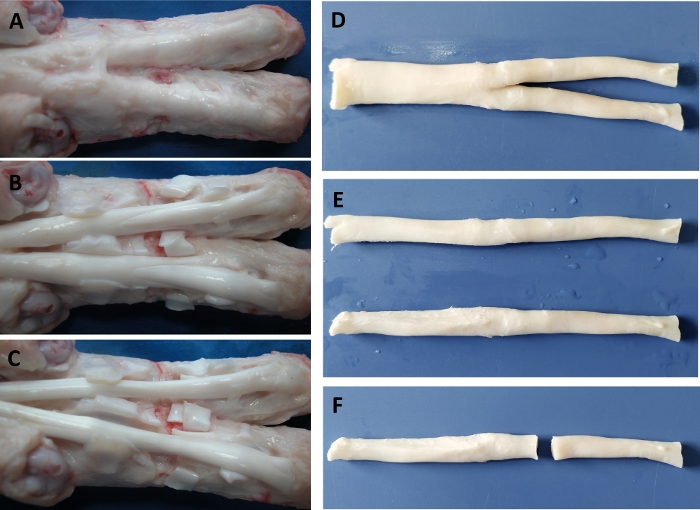 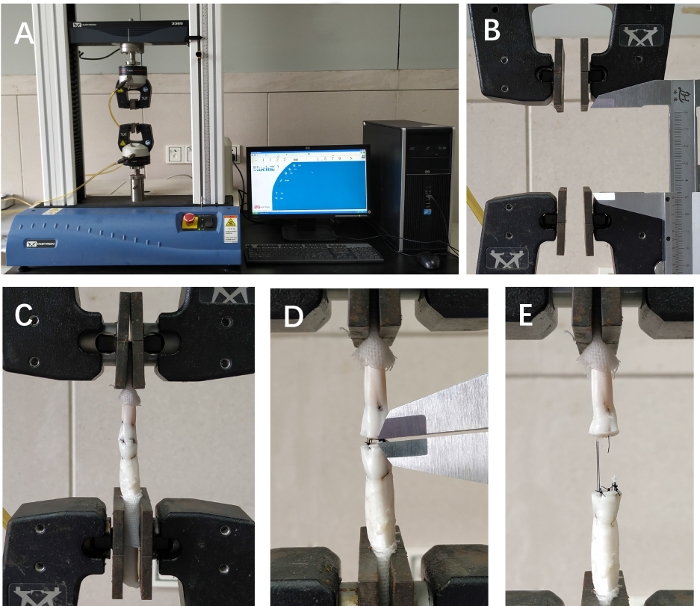 Figure 4: Biomechanical test of repaired tendons.
(A) Testing machine and computer that runs the software. (B) Distance between the upper and lower clamps was set to 5 cm. (C) Tendon segments were mounted into the clamps. (D) Gap distance between tendon ends was measured after cyclic loading. (E) Tendon was pulled upwards until the repair ruptures. Please click here to view a larger version of this figure.

Table 1: Number of tendons with 2-mm gap formation during cyclic loading, gap size at the repair site after cyclic loading, ultimate strength of the repaired tendons, and surgical time for 2Q and running sutures.

The results of the current study showed that Q suture not only reduced the gapping and improves tensile strength of the repaired tendons but was also timesaving and labor-saving. Nonetheless, some key points regarding tendon repair in the current study should be noted.

First, we tried to select tendon samples that were similar in shape and size because we were not sure whether tendon size would have a notable impact on tensile strength after repair. In addition, tendon samples can be preserved at -20 ˚C if they cannot be repaired and tested in time. It has been shown that freezing tendons does not significantly alter the repair strength of tendons and is considered an acceptable method for preserving tendons12. However, repeated freeze–thaw cycles should be avoided. Once thawed, tendon specimens should be kept moist; otherwise, the properties of tendon tissue will change drastically.

Second, the core suture purchase of tendon repair in the current study was set as 10 mm. Core suture purchase is defined as the exit and entry distance of the core suture from the cut ends of the tendon. Previous studies reported that lengthening of the suture purchase effectively increased the repair strength of tendon. The optimal length is considered to be between 0.7 and 1.0 cm13,14. A purchase length of less than 0.7 cm results in a significantly weaker repair, while further increasing the length of purchase to more than 1.0 cm does not improve the strength of tendon repair. The underlying mechanisms involved may include a greater tendon–suture interaction, a more secure grip power of sutures on the tendon surface, and increased stiffness to counteract tensile forces by the increased length of the suture purchase15,16.

Third, the core sutures should be tightened to a certain degree before tying knots because addition of a slight tension to the core suture has been shown to be beneficial in reducing the risk of gapping in tendon repair17,18. Wu and Tang reported that 10% of tendon shortening by tensioning of core suture markedly increased the gap formation forces without obvious increase in tendon bulkiness19. Slight tensioning of the core suture might help equalize the load on the core suture strands, which prevented gap formation in the repaired tendons. Further shortening of the tendon segment by 20% through tensioning increased the gapping resistance by a small amount. However, the further increase led to a bulge in the repair site of the tendon, which might increase sliding friction in vivo thereby increasing the gliding impairment.

Base on the present study, the Q suture shows superior performance in resisting gapping in tendon repair when compared with running peripheral sutures. This suture is also very easy to perform, as well as timesaving and could be an alternative to conventional peripheral sutures. 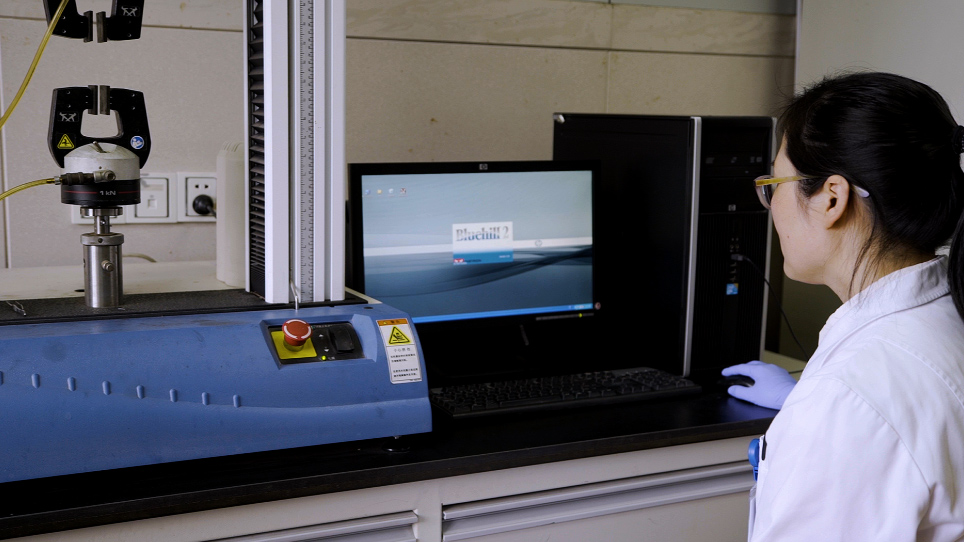