This protocol provides an easy-to-handle method to culture the intestinal cells from sea cucumber Apostichopus japonicus and is compatible with a variety of widely available tissue samples from marine organisms including Echinodermata, Mollusca, and Crustacea.

Primary cultured cells are used in a variety of scientific disciplines as exceptionally important tools for the functional evaluation of biological substances or characterization of specific biological activities. However, due to the lack of universally applicable cell culture media and protocols, well described cell culture methods for marine organisms are still limited. Meanwhile, the commonly occurring microbial contamination and polytropic properties of marine invertebrate cells further impede the establishment of an effective cell culture strategy for marine invertebrates. Here, we describe an easy-to-handle method for culturing intestinal cells from sea cucumber Apostichopus japonicus; additionally, we provide an example of in vitro apoptosis induction and detection in primary cultured intestinal cells. Moreover, this experiment provides details about the appropriate culture medium and cell collection method. The described protocol is compatible with a variety of widely available tissue samples from marine organisms including Echinodermata, Mollusca, and Crustacea, and it can provide sufficient cells for multiple in vitro experimental applications. This technique would enable researchers to efficiently manipulate primary cell cultures from marine invertebrates and to facilitate the functional evaluation of targeted biological materials on cells.

Culturing cells under artificially controlled conditions, and not in their natural environment, provides uniform experimental materials for biological studies, especially for species which cannot be easily cultured in a laboratory environment. Marine invertebrates account for more than 30% of all animal species1, and they provide numerous biological materials for undertaking research on the regulatory mechanisms of specific biological processes, such as regeneration2,3, stress response4, and environmental adaptation5,6.

The sea cucumber, Apostichopus japonicus, is one of the most studied echinoderm species inhabiting temperate waters along the North Pacific coast. It is well known as a commercially important species and maricultured on a large scale in East Asia, especially in China7. Numerous scientific questions regarding A. japonicus, including the regulatory mechanisms underlying intestinal regeneration after evisceration8 and degeneration in aestivation9, metabolic control10,11, and immune response12,13 under thermal or pathogenic stresses, have attracted the attention of researchers. However, compared with well-studied model animals, basic research, especially on the cellular level, is limited by technical bottlenecks, such as the lack of advanced cell culture methods.

Apoptosis is an intrinsic cell suicide program triggered by various exogenous and endogenous stimuli. Coordinated apoptosis is crucial to many biological systems18,19, and it has been implicated in the intestinal regression of sea cucumber during aestivation9. To investigate the apoptotic process in organisms of interest, a series of methods, including Hoechst staining and microscopy assays, have been established and successfully applied20. Here, we conducted apoptosis induction and detection in primary cultured intestinal cells of sea cucumber to assess the usability of primary cells in biological studies of marine invertebrates. Dexamethasone, one of the commonly used synthetic glucocorticosteroids21, was used to induce apoptosis in cultured intestinal cells from sea cucumber, and significant Hoechst 33258 signal was successfully detected in the stained cells by fluorescent microscopy.

4. Apoptosis Induction and Detection in A. japonicus Intestinal Cells

Here, we established primary intestinal cell culture of A. japonicus and passaged the cells. Figure 1 shows round cells in different stages of culturing. And the EdU staining assays provide direct evidences to reveal the proliferative activity of these round cells in later stage (Figure 2). We also slightly adjusted the protocol, culturing minced tissue blocks instead of filtrated cells; furthermore, a spindle cell type could be cultured successfully. This cell type occurred around the intestinal tissue blocks and could be observed after four days of culture; however, it failed to be passaged (Figure 3). 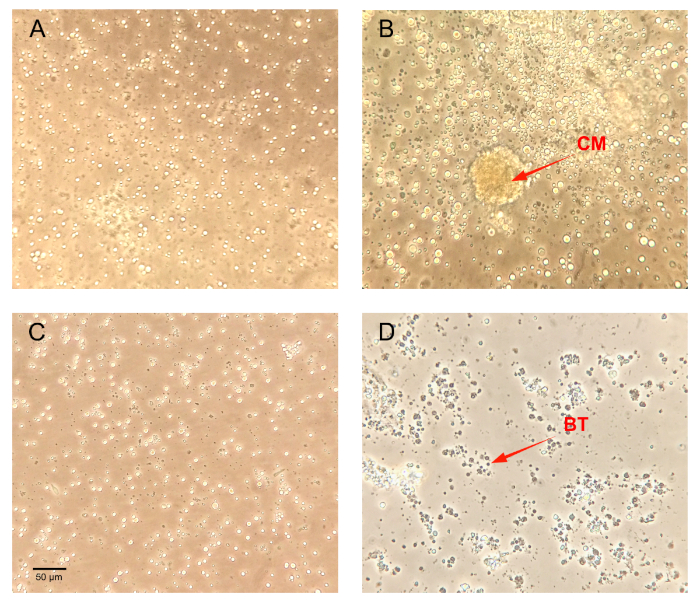 Figure 1: Microscopy of cultured sea cucumber intestinal round cells at different stages. (A) Cells attached to the bottom of dishes on the third day after being seeded. (B) Cell proliferation on the seventh day. (C) Cells attached to the bottom of dishes after passaging. (D) Cells which have lost activity and are dying after ten passages. "CM" indicates cell mass, which occurs during cell proliferation. "BT" indicates the black track, which was left by dead cells. Please click here to view a larger version of this figure. 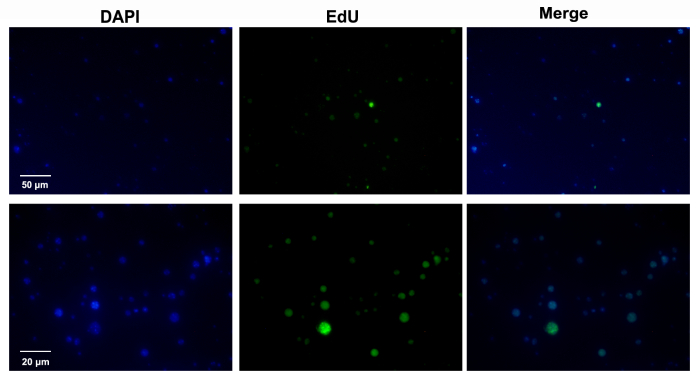 Figure 2: Cell proliferation detected by EdU staining assays. Cell proliferation assays were performed using the kit (Table of Materials) according to the manufacturer's protocol. Please click here to view a larger version of this figure. 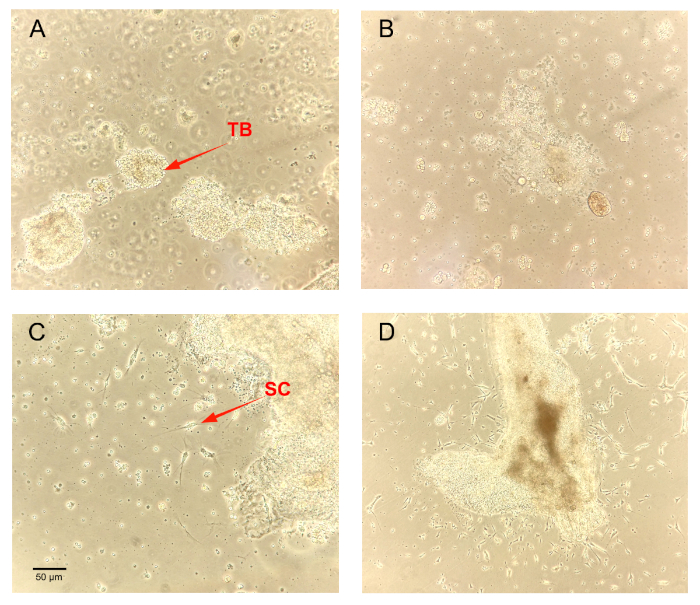 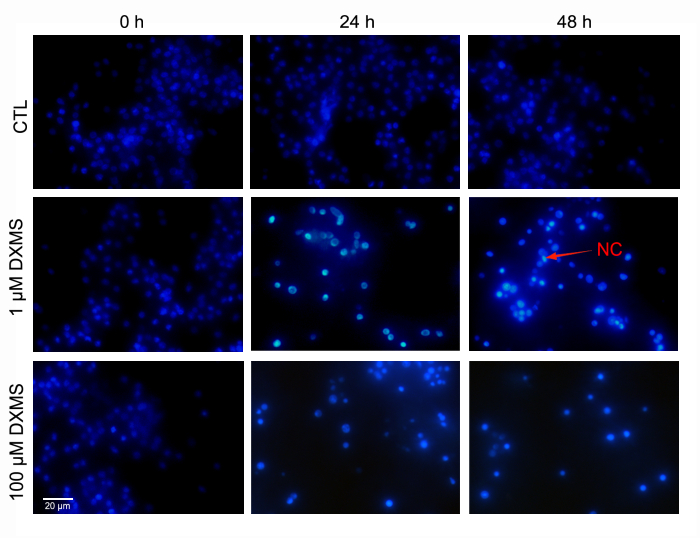 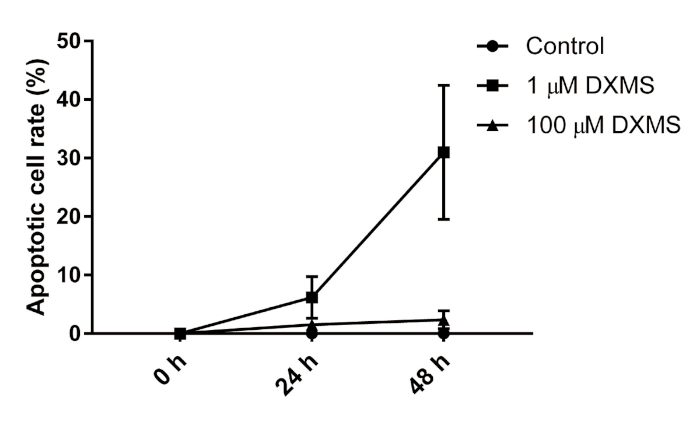 Figure 5: Statistical analysis of Hoechst-positive intestinal round cells. Distribution of the percentage of nuclear condensation fluorescent signal-positive cells among Hoechst stained A. japonicus intestinal cells along with the dose or time course of the experiment (n = 3). Please click here to view a larger version of this figure.

Extensive research efforts have been devoted to establishing cell lines in last decades, however, it is still difficult to make a progress on long-term culture of cells from marine invertebrates14,22. It has been reported that cultured cells from regenerating holothurian tissues were viable for a long period of time and high activity of proliferation can be detected in specific cells17,23. However, for the normal marine invertebrate cells, there is yet no practical cell culture approach been described. The protocol presented here provides an efficient and easily interpretable method for culturing and passaging intestinal cells from the marine invertebrate species A. japonicus. The method can be easily adapted for primary cell culture of many different marine invertebrate organisms such as cuttlefish and crab.

A series of key factors affect the successful application of this procedure. The prevention of microbial contamination is of foremost importance during the whole process, and especially during the first week of culture. Aquatic animals usually contact numerous microbes from environment, which colonize their tissues, such as gill, intestine, fin, and skin. Thus, it will be impossible to sterilize the tissue samples before the cell culture initiation. To minimize the risk of microbial contamination during the cell culture, 75% ethanol immersion for tissue sample sterilization is essential; however, the treatment time should be optimized for different tissue types. Moreover, the application of high antibiotic concentrations during the early stages of cell culture also plays an important role in the inhibition of microbial growth. Further, the medium formulation is a major factor determining the proliferation and lifespan of cultured cells. Since the nutritional requirements of marine invertebrate cells are still unknown, the current cell culture medium used have been mainly designed for vertebrate or insect cell lines14. To supply sufficient nutritional materials, pretreated coelomic fluid from sea cucumbers can be used similar to FBS in mammalian cell culture. Meanwhile, to facilitate cell proliferation, several mammalian growth factors can also be applied in culture medium. Since the incubation temperature is a factor impacting the success of marine invertebrate cell culture, incubating cells under the optimal growth temperature of the target organism should be considered. For example, the temperature for A. japonicus cell culture can be set at 18 °C, which is suitable for its growth24.

Tissue pretreatment may impact the successfully cultured and proliferating cell types. Very different A. japonicus intestinal cells, round or spindle, can be obtained from seeding filtrated cells or tissue blocks under the exact same culture procedure (comparative data from Figure 1 and Figure 3). Thus, optimizing the tissue pretreating method for specific cell culture type should also be conducted at the beginning; the optimal procedure should be decided according to the biological experimental design.

Here, we applied DXMS treatment for apoptosis induction in A. japonicus intestinal cells after three days in culture, and we carried out Hoechst staining for apoptotic signal detection. Successful detection of Hoechst positive cells, after 48 h stimulation by 1 μM DXMS, provided a practical example for a biological experiment based on the cultured cells.

The described protocol is easy-to-handle and can be used for establishing a marine invertebrate cell culture. The cultured cells should provide biological material with consistent genetic background for different further biological experimental applications. Moreover, slightly adjusted protocol procedures can change the successfully proliferating cell types during culture and provide different cell materials for biological experiments. So, the optimization of certain steps in the protocol will be necessary, depending on the targeted animal species and the specific cell types needed.

The authors would like to thank Prof. Naiming Zhou from Zhejiang University for his technical advice and for making the equipment of his laboratory available for use. This work was financially supported by the National Natural Science Foundation of China (grant numbers 41876154, 41606150, and 41406137) and the Fundamental Research Funds for Zhejiang Provincial Universities and Research Institutes [grant number 2019JZ00007].