Graft-versus-host disease (GVHD) is the limiting barrier to the broad use of bone marrow transplant as a curative therapy for a variety of hematological deficiencies. GVHD is caused by mature alloreactive T cells present in the bone marrow graft that are infused into the recipient and cause damage to host organs. However, in mice, T cells must be added to the bone marrow inoculum to cause GVHD. Although extensive work has been done to characterize T cell responses post transplant, bioluminescent imaging technology is a non-invasive method to monitor T cell trafficking patterns in vivo.

Figure 2 shows recipient mice that were imaged 6 days post transplant. Pseudo-colored scale shows varying light emittance throughout the body with the highest light intensity being emitted in the spleen and the gut. CD8 T cell accumulation in the gut is consistent with previous findings6. Recipient mice can be placed back in microisolator cage to be imaged at a later time point or euthanized for ex vivo imaging.

Table 1. Cooke et al developed this scoring system in 19961. Mice should be scored daily on each of the criteria on the left. Each mouse is given a score of 0-2 for each criteria and the total score is a sum of all the individual scores. 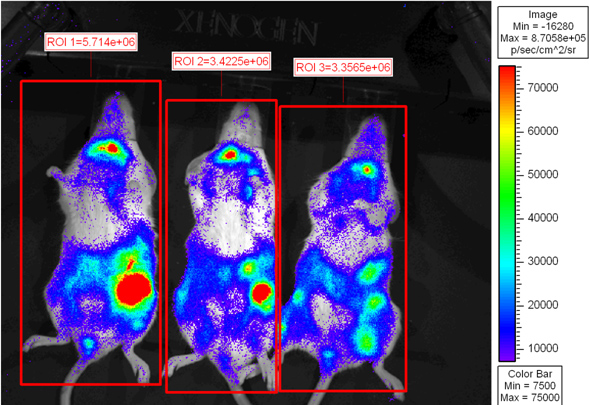 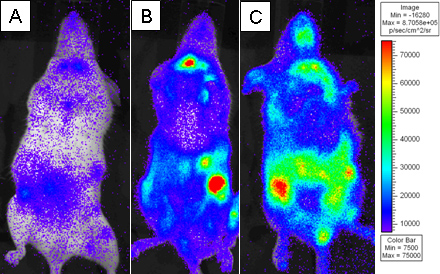 The protocol for inducing GVHD in mice presented here represents a clinically relevant model of murine GVHD. Originally established by Berger et al. in 1994, the C57Bl/6 into BALB.B strain combination is MHC-matched, with GVHD mortality mediated by CD4 dependent, CD8 T effectors2, highly similar to the most common clinical scenario3. It is known that transplanting CD8 T cells alone does not cause GVHD in this model; however, disease progression is significantly worse when both CD4 and CD8 T cells are present as compared to CD4 T cells alone. Furthermore, there has been extensive work showing the immunodominant hierarchy of the immune response to minor histocompatibility disparities in this model10. However, there remains some ambiguity regarding the roles for T cell subsets during different phases of GVHD4. Unpublished studies from our laboratory suggest that CD4 T cells play a dominant role during early GVHD events, while CD8 T cells dominate at later time points.

The ability to track T-cell accumulation patterns in vivo is a powerful tool that has the potential to test hypotheses regarding CD4 and CD8 T cell contributions during GVHD. Mice transgenic for firefly luciferase were initially developed in the laboratory of Dr. Robert Negrin5. Because of their constitutive luciferase expression, cells from these donor mice can be tracked in vivo using a non-invasive imaging technique5. Another advantage of this model is that individual mice can be monitored over time. However, despite repeat imaging of recipient mice, there remains experimental variability between recipients. As shown in Figure 2, the range of total body flux is 2.4 million and the the mouse with the lowest flux has less than 60% of total body flux than the mouse with the greatest flux. Because a single luciferase transgene is adequate for T-cell detection, the luciferase positive strain can be easily bred to create double transgenic mice. Studies in our lab have shown a role for the integrin CD103 in promoting GVHD6. CD103 is an integrin expressed on CD8 T cells7 and the ligand is E-cadherin, which is selectively expressed on epithelial cells8,9. Creating a CD103-/- mouse that is able to express luciferase will allow for experiments to test further hypotheses regarding the role of CD103 in GVHD. This experimental technique is limited to assessing accumulation patterns between organs. Alternative techniques must be utilized to elucidate cellular trafficking patterns within individual organs. Coupling a clinically relevant GVHD model with bioluminescent imaging will help shed light on the kinetics of T cell trafficking and relative contributions of CD4 and CD8 T cells following bone marrow transplantation.

We are indebted to Alice Gaughan and Jiao-Jing Wang whose outstanding technical support, intellectual input, and moral support were instrumental in moving these studies ahead. These studies were supported by the NIH grant AI036532 to GAH. 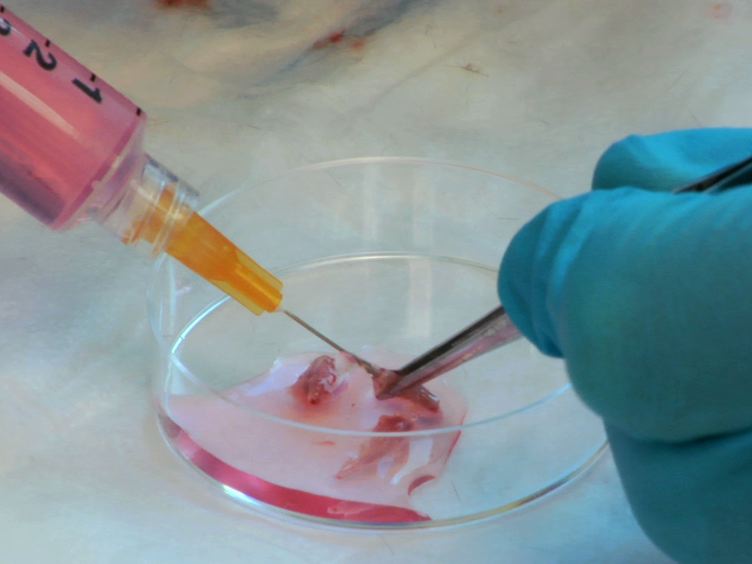