This report describes the technical nuances of a rabbit blood-shunt SAH model that enables control of intracerebral pressure (ICP). An extracorporeal shunt is placed between the arterial system and the subarachnoid space, which enables examiner-independent SAH in a closed cranium. Step-by-step procedural instructions and necessary equipment are described, as well as technical considerations to produce the model with minimal mortality and morbidity. Important details required for successful surgical creation of this robust, simple and consistent ICP-controlled SAH rabbit model are described.

Aneurysmal subarachnoid hemorrhage (SAH) is one of the most life threatening neuropathological conditions, frequently leading to permanent neurological damage or death1. Past research has focused on delayed cerebral vasospasm (DCVS) as the primary etiology of neurological deficits associated with SAH2. However, the generally poor clinical outcomes of patients suffering from SAH after treatment of vasospasm has led to an expansion of the research focus to include the effects of early brain injury (EBI) after SAH3. Greater understanding of the significance of both EBI and DCVS in contributing to poor clinical outcomes after SAH is essential for the development of more effective therapeutic strategies.

Up to now, single and double autologous blood injection into the cisterna magna has been the standard method for SAH induction for the study of DCVS2-6. Though commonly used in previous studies, this model most likely does not reproduce the neuropathological key changes associated with SAH induced EBI7. In contrast, endovascular perforation is known to produce severe acute pathophysiological changes that partially mimic the symptoms of EBI7.

This report describes a novel rabbit model of SAH designed to enable investigation of both EBI and DCVS, thereby allowing more accurate characterization of SAH-induced pathology8-10. With the described technique, the standard cisterna magna model is adapted by connecting the arterial system of the subclavian artery and the cisterna magna via an extracorporeal shunt. The blood flow is thereby linked to the rabbit’s physiology and driven by the pressure gradient between the arterial blood and intracranial pressure. The bleeding stops when intracerebral pressure (ICP) equals diastolic blood pressure and the blood in the shunt system coagulates. Utilizing the host’s physiology reduces examiner-dependent SAH induction, leading to a more consistent model of SAH that reliably produces both EBI and DCVS phenotypes3,8-10.

Three month old female New Zealand rabbits weighing 2.5 – 3.5 kg were used for this procedure. The study was performed in accordance with the National Institutes of Health guidelines for the care and use of experimental animals and with the approval of the Animal Care Committee of the Canton of Bern, Switzerland (approval #105/13). All surgical procedures were performed under sterile conditions at the Experimental Surgical Institute of the Department of Clinical Research at Bern University Hospital in Bern, Switzerland. A veterinary anesthesiologist monitored the animals during surgery and throughout recovery.

9. Follow up Digital Subtraction Angiography to Assess DCVS at Day 3

The rabbit blood shunt model of SAH described in this report produces EBI in the hippocampus (Figure 2A, B), basal cortex (Figure 2A, B), and cerebral vasculature (Figure 2C) as early as 24 hr after injury and shows a characteristic blood distribution (Figure 2D)8. In addition, the model triggers moderate to severe degrees of DCVS on day three after SAH induction (Figure 3)10. The mortality rate is 20 - 30% due to respiratory arrest or severe bradycardia at the time of acute SAH. Almost all rabbits show progressive aggravation of neurological deficits from days 1 - 310. At that time point the animals are under complete anesthesia. From a technical point of view, the blood shunt model allows for both examiner-independent and controllable SAH induction (Figure 4). 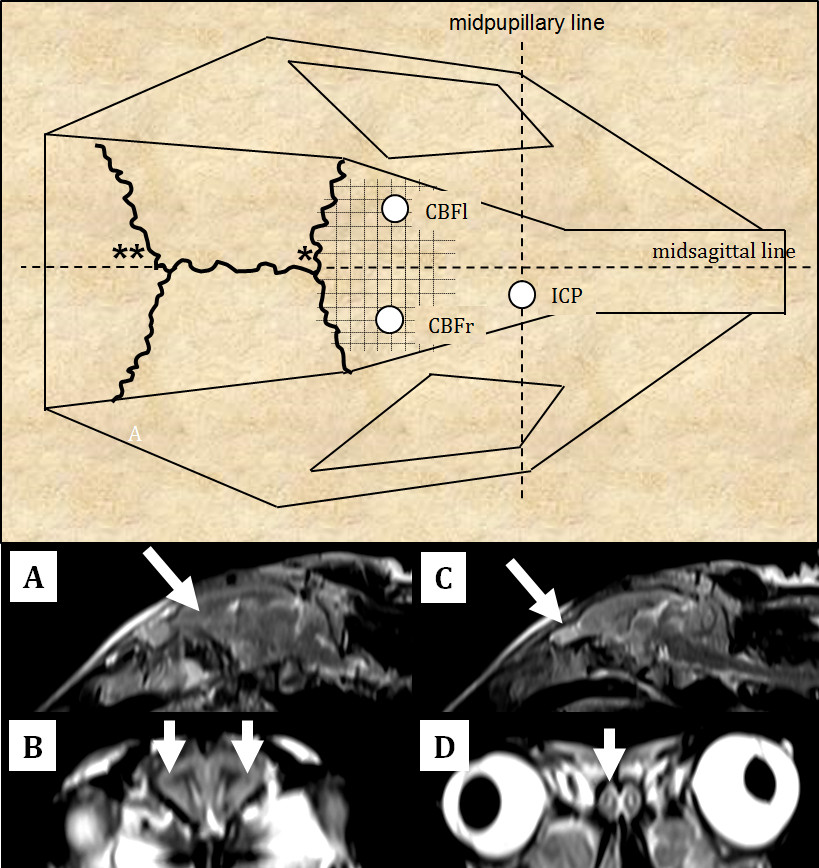 Figure 1. Outer skull landmarks for CBF and ICP probes. (Reproduced with permission from the Journal of Neuroscience Methods 201:322 - 326) 9 Schematic drawing depicts the placement of intraparenchymal CBF and ICP probes in the frontal lobes and in the right olfactory bulb. CBF probes are placed 4 – 5 mm anterior and parasagittal to the bregma. ICP probes are placed in the midpupillary line in caudal–rostral direction at a distance of 1 – 2 mm from midsagittal line. Intraparenchymal CBF (Panels A and B) and ICP (Panels C and D) probes are shown in sagittal and coronal planes of T2-weighted MRIs. Note their relation to the ventricles. CBFl = left frontal burrhole for cerebral blood flow probes. CBFr = right frontal burr hole for cerebral blood flow probes. ICP = position of burr hole for intracranial pressure probes. *Bregma; **lambda. Please click here to view a larger version of this figure. 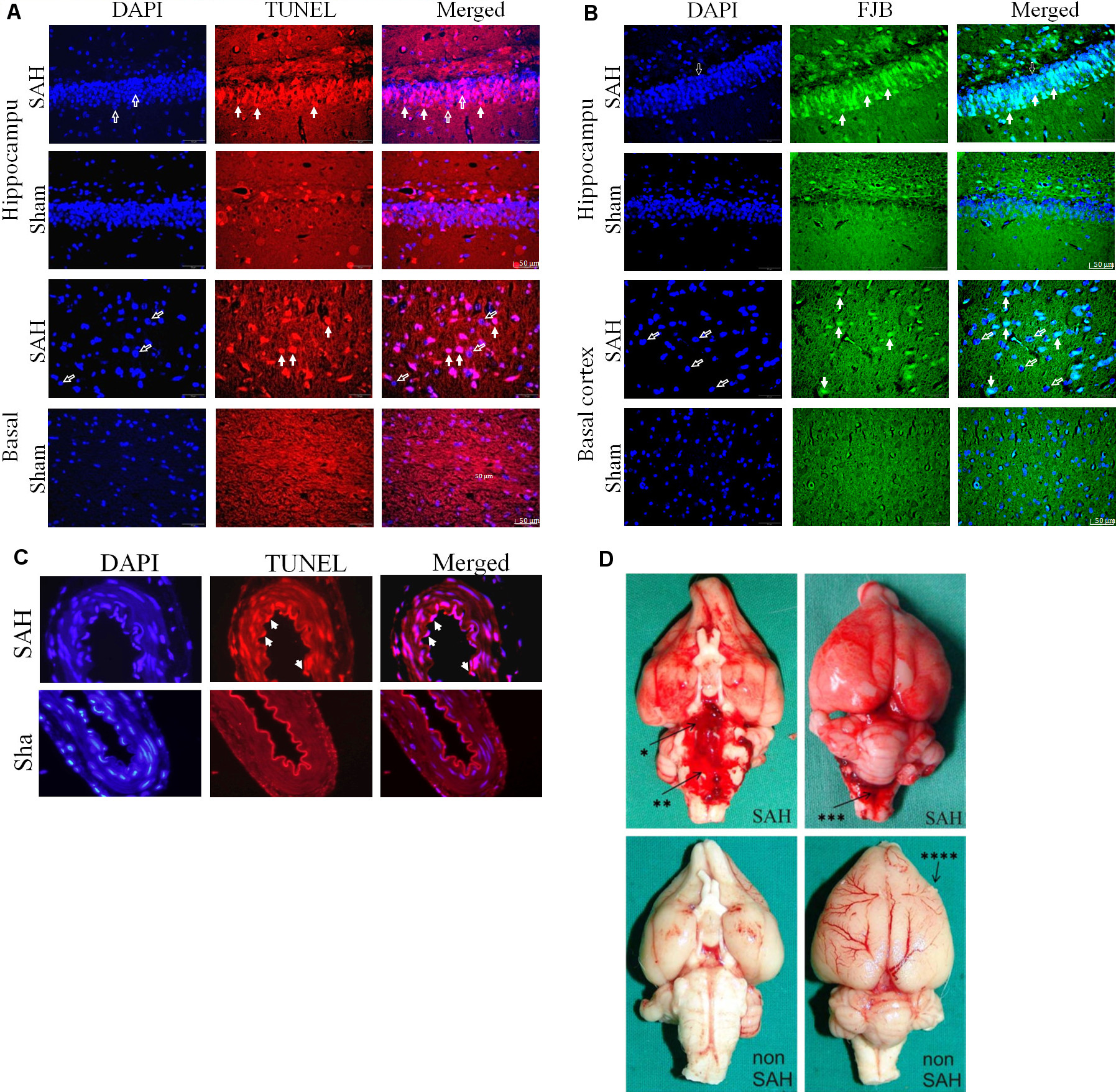 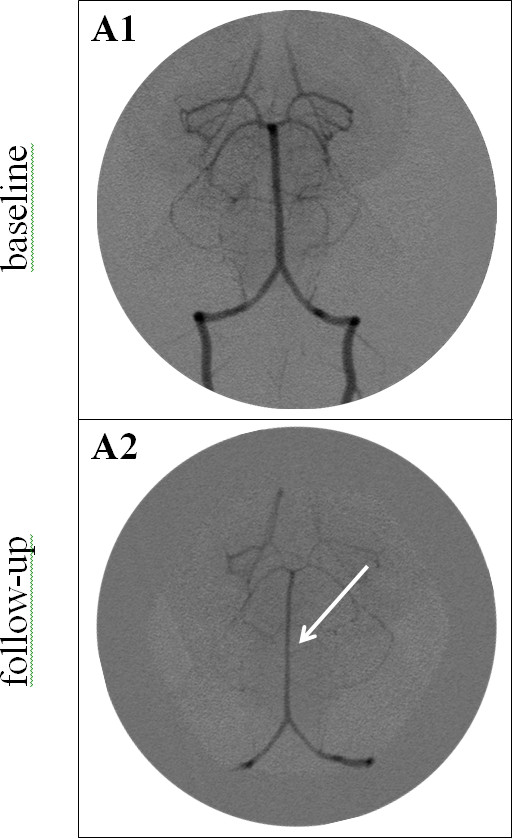 Figure 3. Vertebrobasilar angiograms before (A1) and after (A2) SAH induction. Baseline angiogram (A1) shows normal vessel diameter of the vertebral and basilar arteries. Three days after SAH induction (A2), angiogram shows a diffuse narrowing of the basilar (arrow) and vertebral arteries. Please click here to view a larger version of this figure. 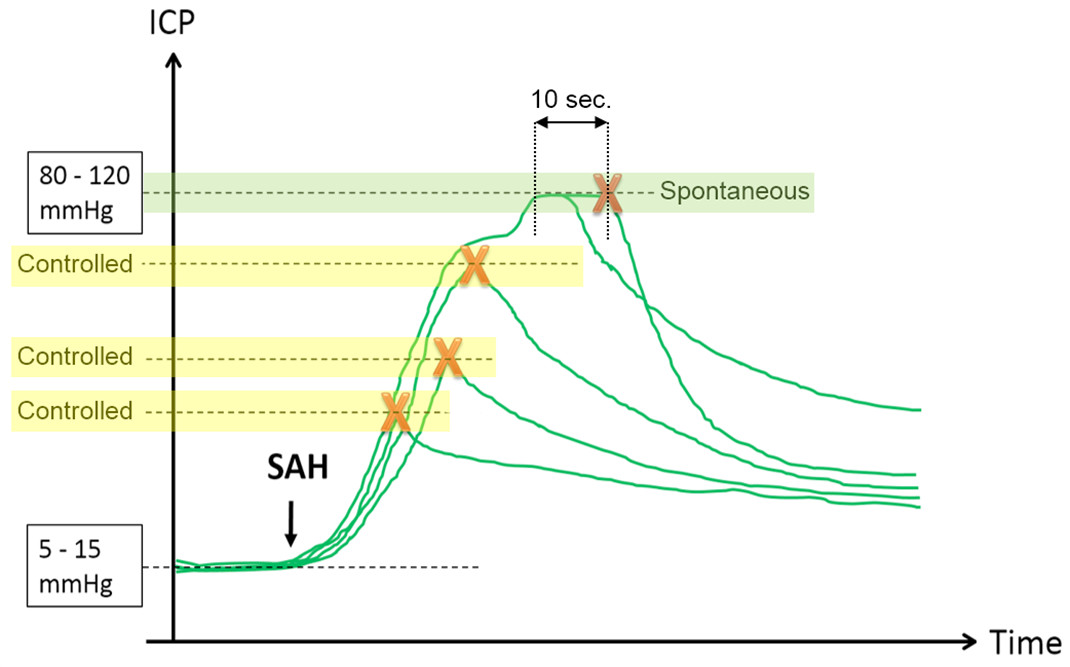 Figure 4. ICP-controlled induction of various degrees of SAH. A key element of the rabbit blood shunt model is the ability to control for various degrees of SAH severity, including the amount of bleeding, an increase in intracranial pressure (ICP), or a reduction in cerebral perfusion pressure (CPP). Figure 4 illustrates the time course of the ICP following the induction of SAH (arrow = opening of the shunt). The curve progression depends on the physiology of the rabbit, primarily the pressure gradient between ICP and mean arterial blood pressure. If ICP reaches a value close to the diastolic blood pressure, the flow in the shunt stops. At that time point either ICP starts to decrease or the ICP value remains on a plateau. If the plateau stays longer than 10 sec the shunt is closed. Controlled SAH can be performed at any ICP level through closure of the shunt before spontaneous thrombosis (X = closure of the shunt). Please click here to view a larger version of this figure.

The shunt model produces pathology similar to that observed in humans after acute SAH3,8,10. It has been suggested that EBI may exacerbate, maintain and even trigger DCVS12, and as such this model may aid in investigating both the early and late DCVS phases, including EBI and DCVS interactions following SAH. In particular, repeatable in vivo DCVS monitoring techniques including DSA13, computed tomography angiography14, and transcranial Doppler15 are more readibly applied in rabbits than in smaller laboratory animals. In addition to enabling examiner-independent spontaneous SAH, the model allows the user to control for different degrees of severity (amount of blood or ICP, and consequent changes in cerebral perfusion pressure).

Most importantly, this model results in a very consistent, reproducible, and pathophysiologically adapted course of events after acute SAH. Rebleeding is nonexistent and mortality is relatively low compared to other models of acute SAH16,17. Interposition of a flow probe in the shunt system further allows real-time assessment of SAH volume during bleeding10. However, the cost associated with large animal procedures is significantly greater than that of the more commonly used smaller laboratory animals, and genetic manipulation of rabbits is prohibitively challenging, thus limiting studies of particular genes on SAH outcomes18-20.

To ensure consistency and accuracy in the present model of SAH we recommend consideration of the following general criteria and critical surgical steps:

Perform experiments on three to four month old rabbits because i) the mortality rate after SAH induction is markedly reduced as compared to older rabbits, and ii) the vasospasm period is extended in older rabbits (20 to 40 months)21.

Calibration of the angiogram with an external sizing device (small sphere) allows assessment of vessel diameter in a blinded manner with low variability and accurate calibration at baseline and follow up angiograms. Measuring the vessel diameter three times (along a predefined length from the tip of the basilar artery) using automatic measurement analysis software to determine mean values (Step 3 in the protocol) is recommended.

Seal all burr holes with a thick plug of bone wax prior to SAH induction in order to keep the cranium fluid-tight and to main the steady state of ICP, CPP and MAP (Step 6 in the protocol).

EBI and DCVS, both of which largely contribute to the unfavorable outcome and mortality after SAH, can be studied using the blood shunt model of SAH. Awareness of the individual technical details guarantees successful implementation of this model and allows for the evaluation of SAH sequelae and screening of potential treatment modalities.

None. The authors have no financial or commercial interest in any of the drugs, materials, or equipment used. No specific funding was received for this work. The authors are solely responsible for the design and conduct of the presented study and report no conflict of interest concerning the materials and methods used in this study or the findings specified in the paper. They confirm the adherence of ethical standards. The study was performed in accordance with the National Institutes of Health guidelines for the care and use of experimental animals and with the approval of the Animal Care Committee of the Canton of Bern, Switzerland (approval #109/07 and #107/09). 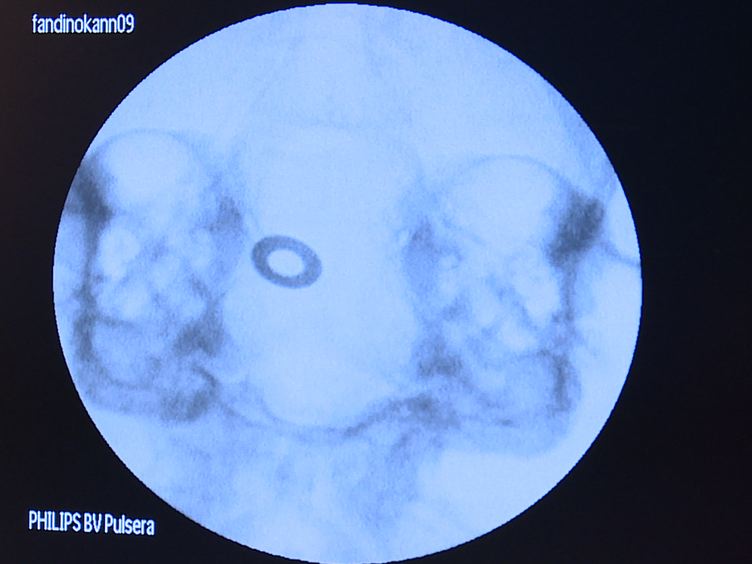