The method described here allows for the visualization of IL-8 promoter-dependent inflammation activation in the lungs of mice through non-invasive bioluminescence imaging (BLI). The same animal can be subjected to BLI multiple times for up to two months from the time of delivery of the luciferase reporter construct.

Airway inflammation is often associated with bacterial infections and represents a major determinant of lung disease. The in vivo determination of the pro-inflammatory capabilities of various factors is challenging and requires terminal procedures, such as bronchoalveolar lavage and the removal of lungs for in situ analysis, precluding longitudinal visualization in the same mouse. Here, lung inflammation is induced through the intratracheal instillation of Pseudomonas aeruginosa culture supernatant (SN) in transiently transgenized mice expressing the luciferase reporter gene under the control of a heterologous IL-8 bovine promoter. Luciferase expression in the lung is monitored by in vivo bioluminescent image (BLI) analysis over a 2.5- to 48-h timeframe following the instillation. The procedure can be repeated multiple times within 2 - 3 months, thus permitting the evaluation of the inflammatory response in the same mice without the need to terminate the animals. This approach permits the monitoring of pro- and anti-inflammatory factors acting in the lung in real time and appears suitable for functional and pharmacological studies.

The inflammation state of the respiratory tract is usually observed through the evaluation of immunological markers recruited during the inflammatory process in material derived from the lower and upper airways, such as sputum, which provides variable results. Bronchoscopies are also performed5. Murine models are valuable tools for investigating the pathogenesis and evolution of diseases characterized by airway inflammation and for which effective treatments or cures have not yet been identified. Animal models of lung infection and inflammation have been used to study asthma and host-pathogen interactions, including the role of chemicals that simulate human conditions (e.g., cigarette smoke exposure, LPS, elastase, ovalbumin, poly I:C, etc., as well as combinations of the above)6. The measurement of inflammation-related parameters requires the sacrifice of the animals, as invasive approaches are required to measure factors such as bacterial load, cytokines in the lungs, and collected bronchoalveolar lavage (BAL) fluid. Also, histological examinations are often required. The possibility of obtaining information on the inflammatory response kinetics requires the use of numerous mice. Therefore, a technique that would allow for obtaining such information without the need to sacrifice the animals is valuable on technical, ethical, economical, and operational bases.

IL-8 is an essential player in the inflammation process, recruiting leukocytes to the inflamed tissue. It represents a molecular read-out for the study of inflammatory pathway activation. MIP-2 and KC may be functional homologs of human IL-8 in mice. Mice express only one potential IL-8 receptor, a homolog of human CXCR27,8, but they are capable of modulating a heterologous IL-8 gene promoter that drives a reporter gene. A lung inflammation murine model has recently been developed after the observation that a bovine IL-8 promoter/luciferase reporter construct can be transactivated in mice. This feature allows for the utilization of bioluminescence imaging (BLI) to monitor the inflammatory response in living animals9.

This model has been adapted to study inflammation triggered by bacterial exoproducts (e.g., LPS or products released by bacterial strains) or TNFalpha10,11. The drug discovery process is focused on the development and optimization of old and new anti-inflammatory molecules that can treat lung diseases, such as CF, asthma, and COPD. These new chemical entities must be quickly and conveniently tested in animal models that can be linked to specific clinical phenotypes in order to facilitate the design of smart clinical trials.

All animal experiments described were approved by the intramural animal-welfare committee for animal experimentation by the Interdepartmental Centre of Experimental Research Service at the University of Verona and comply with the European Directive 2010/63 UE, Italian D.Lgs 26/2014 and the revised "Guide for the Care and Use of Laboratory Animals," Washington, D.C.: National Academy Press, 1996. This protocol and experimentation were approved by the National Institutes of Health (n 273/15). Animals had free access to standard rodent chow and softened tap water and were acclimatized for at least 5 days to the local vivarium conditions (room temperature: 20 - 24 °C; relative humidity: 40 - 70%; light-dark cycle: 12 h) before any treatment.

NOTE: Beforehand, prepare a fresh stock solution of 15 mg/mL D-luciferin in DPBS, filter-sterilize it using a 0.22-µm filtering unit, and store it at -20 °C.

NOTE: Prior to the mouse challenge with pro-inflammatory stimuli, check the baseline activation by in vivo BLI (see step 2). At least 7 days must pass between in vivo gene delivery and mouse challenge to allow the mild and transient inflammation to disappear. 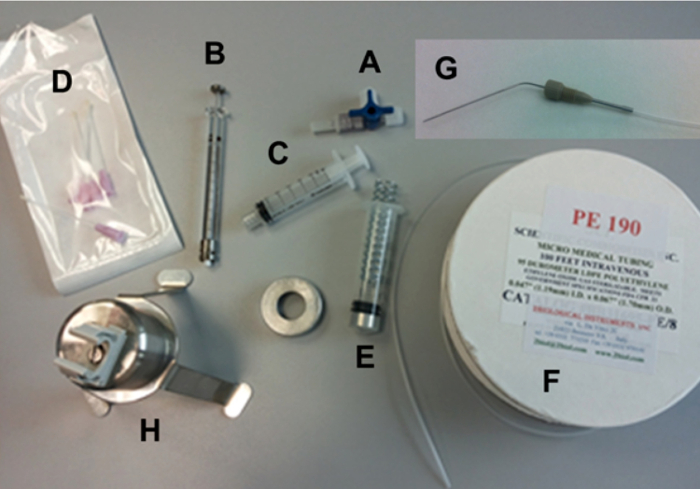 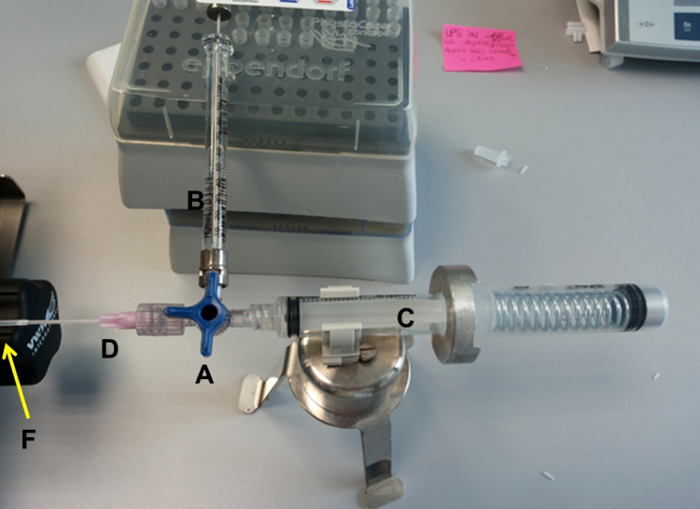 Figure 2: Representation of the Assembled Intratracheal Device.
The identifications are the same as in Figure 1. Please click here to view a larger version of this figure.

The bIL-8-Luc transient transgenic mouse model was used for the in vivo monitoring of lung inflammation in mice challenged with concentrated bacterial supernatant (30x) containing secreted virulence factors. The induced inflammatory response was detectable by in vivo imaging as an increase in the BLI signal. Pro-inflammatory activity was clearly detectable 2.5 h post-instillation, although the BLI signal reached the highest peak between 5 and 24 h and was still detectable at 48 h (Figure 3). 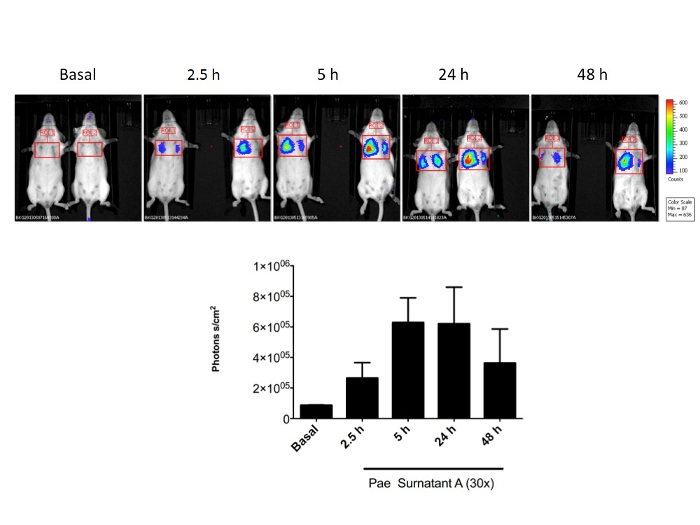 Figure 3: Representative In Vivo Imaging of Lung Inflammation Induced by P. aeruginosa SN in IL-8 Transiently Transgenic Mice.
Upper panel: Representative images of mice (n= 2 per group) intratracheally instilled with bacterial cell-free 30x SN from a Pseudomonas aeruginosa strain (Pae) after transient transgenization with bIL-8-Luc. Mice were monitored by BLI at 2.5, 5, 4, 24 and 48 h post-stimulation, with a region of interest drawn over the chest. Lower panel: Combined data expressed as photons/s/cm2. Each value represents the mean ± SEM. Please click here to view a larger version of this figure. 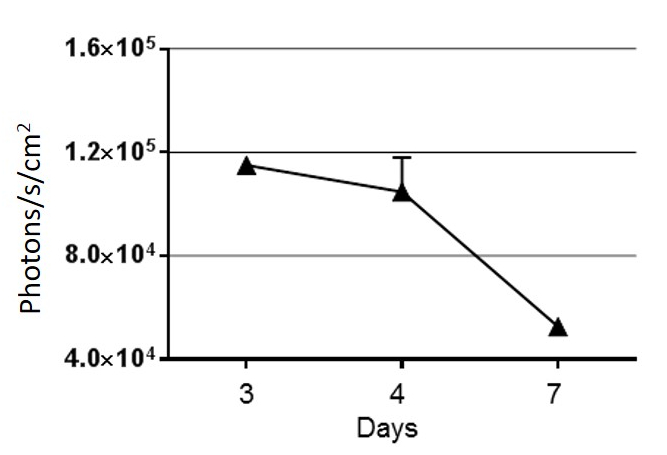 In a previous work11, a contrast between bIL-8-Luc-dependent BLI and BAL markers was shown. It relied on the differential degree of sensitivity within mouse strains12. For this reason, the first application of the bIL-8-Luc model to a different mouse strain requires an initial study of the inflammatory response, both in terms of BLI and more standardized inflammatory markers.

Mice transfection causes mild lung inflammation and the activation of bIL-8-Luc, which is detectable by BLI up to 3 - 4 days after DNA injection (Figure 4). It then completely disappears after 1 week1. The expression of bIL-8-Luc after gene delivery should always be verified by in vivo BLI, as this is a necessary condition for the success of the following experimental steps. After 7 days and prior to the mouse challenge, baseline activation should be recorded to confirm the disappearance of the transfection-induced inflammation.

This approach has been tested on the acute phase of inflammation, but its application to the chronic phase has not been tested. It is not known how the live microorganism challenge could impact the activity of the promoter used in this setting. An increased understanding of the pathogenesis of acute and chronic inflammation and the consequent alteration of lung function is essential for the development of effective therapies for a number of chronic lung diseases3,9. Animal models continue to be necessary for this purpose, although limitations in accurately reflecting human disease pathophysiology are present.

The in vivo monitoring of inflammatory parameters in small rodents using luciferase reporter genes derived from other species is of great value. This approach permits the study of the pathophysiology of inflammatory responses, as well as the ability to test interventions aimed at their modulation. This was successfully tested using a previously well-characterized bovine IL-8 promoter/luciferase transiently transgenized (bovinized) mouse model1. Moreover, a recent study10demonstrated that the model described here is appropriate for monitoring lung inflammatory response induced by bacterial exoproducts and for investigating the mechanism of action of compound(s) of interest. BLI is a non-invasive approach that allows for the longitudinal observation of the lung inflammatory process after intratracheal instillation with relevant stimuli, including P. aeruginosa culture supernatant9,10,11. This is an obvious advantage of studying acute lung inflammation compared to classical methods, which require the sacrifice of the animals to collect BAL fluid and the lungs. Its value for the study of chronic infection/inflammation has not been addressed.

The present model can be used to deepen the available knowledge on the pathogenesis of lung inflammatory diseases, including the characterization of bacterial/non-bacterial factors with pro-inflammatory activity. Furthermore, it can facilitate the evaluation of the possible therapeutic effects of molecules with known/presumptive anti-inflammatory actions. 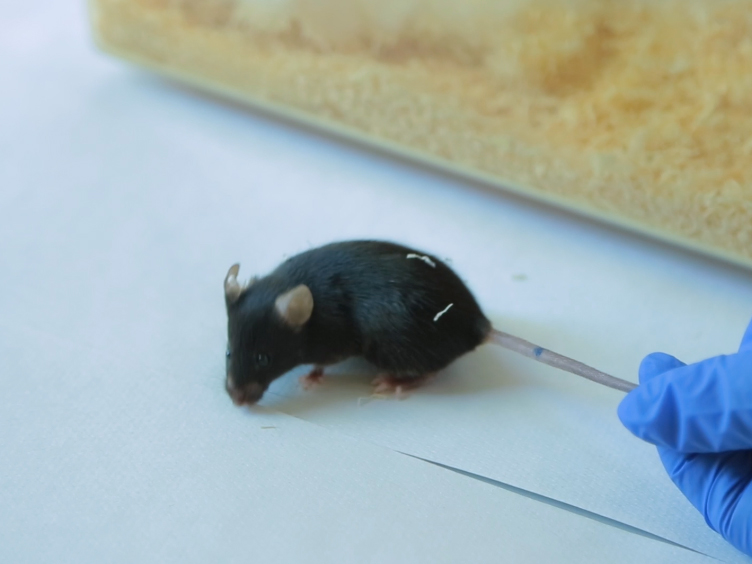