Cardiac reprogramming has been developed as an alternative approach to stem cell mediated approaches to generate new cardiomyocytes. Given that it does not transition through stem cell state, it has a high potential to bypass some inherited limitations in stem cell mediated approaches. It has been shown that viral infection of at least three or four cardiogenic transcription factors into fibroblasts can convert fibroblasts toward a cardiac fate by eliminating fibroblast gene programs and rebuilding cardiogenic transcriptional networks in fibroblasts1,2,3,4,5,6,7,8,9,10,11,12,13,14,15,16,17.

Since the first landmark study demonstrating cardiac reprogramming in vitro1, the cardiac reprogramming protocol has been optimized by numerous studies3,5,6,7,9,11,12,13,14,15,16,18. Common technical approaches to assess cardiac phenotypes in fibroblasts following cardiac reprogramming have been flow cytometry analysis for quantifying cells expressing specific cardiomyocyte markers and immunocytochemistry for visualizing those cells at a single cell level. Although both experiments (i.e., flow cytometry and immunocytochemistry) are to demonstrate expression of cardiomyocyte markers using the same antibodies, they have to be performed separately. In addition, flow cytometry needs a relatively larger number of cells, thereby increasing the amount of reagents needed for the experiment. Alternatively, cardiomyocyte marker positive cells can be quantified by manual counting following immunocytochemistry. However, it is very labor intensive and tends to be less accurate.

The purpose of this protocol is to describe the method that can quantify and visualize iCMs by a single immunostaining experiment using automated high content imaging analysis. It requires a relatively small number of starting cells because this protocol is performed in a well of 24-well plate. As many as three different markers can be used at the same time. Single, double, and triple positive cells can be automatically quantified. In addition to quantification of immunostained cells, high content imaging analysis provides high quality 2-100x objective images. If necessary, the same immunostained cells used in high content imaging analysis can be re-used for further imaging studies, such as confocal microscopy. The main advantage of this protocol is that it provides not only unbiased quantification of iCMs with a much smaller number of cells, but also visualization of iCMs. Furthermore, this protocol can be utilized for assessing non-cardiac lineage reprogramming (e.g., iPSC, neuron, and hepatocyte reprogramming).

All animal procedures were performed with the approval of Vanderbilt University Medical Center Institutional Animal Care and Use Committee. 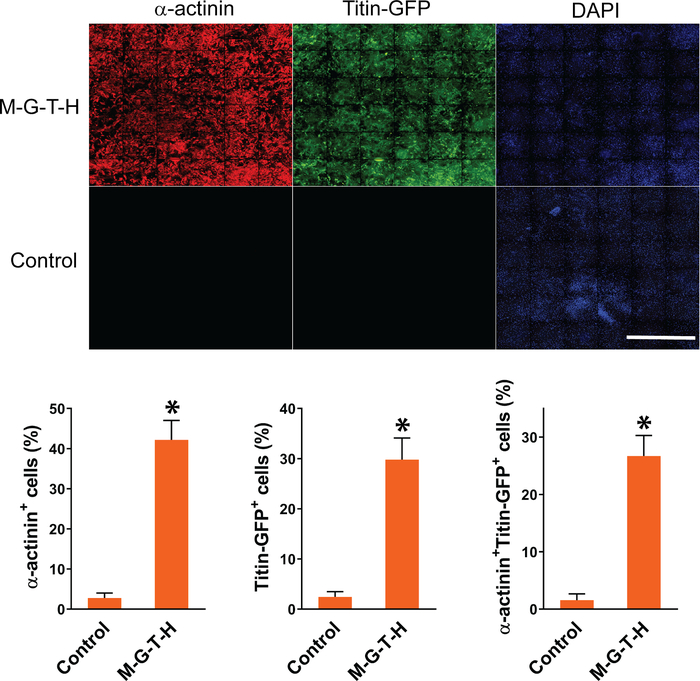 Figure 2: Representative images of 10x objective pictures used for high content imaging analysis. These images were chosen from the composite images of 36 imaging sites as shown in Figure 1. Each image represents an individual imaging site per each channel. Scale bar = 400 µm. Please click here to view a larger version of this figure.

Table 1: Transfection scale depending on the size of a cell plate.

The previous reprogramming studies assessed reprogramming efficiency using flow cytometry and demonstrated the structural quality of iCMs using immunocytochemistry in two separate experiments. Flow cytometry analysis requires a much larger number of starting cells, thereby increasing the scale of experiments. In contrast, high content imaging analysis can evaluate both quality and quantity of iCM reprogramming by a single experiment with a relatively small number of cells. Therefore, this new method can provide an efficient new technical platform for future reprogramming studies. In particular, this new method will be useful for the reprogramming experiments for screening new genetic or pharmacological factors. For testing a large number of factors, the format of analysis can be down-scaled to a 384-well format.

Success of cardiac reprogramming can be defined in different ways. The most commonly used method was to quantify the percentage of cells expressing a cardiac structural protein, which is absent in starting fibroblasts. In this study, we used cardiac muscle specific α-actinin as well as striated muscle specific Titin as markers for cardiac structural protein induction during cardiac reprogramming. The reason for using Titin was that we were able to more clearly demonstrate sarcomere formation using fibroblasts isolated from Titin-GFP knock-in mouse line8,9. Regardless, we define iCMs as a double-positive cell (actinin+Titin+) to exclude Titin expressing non-cardiac muscle cells, if any. Importantly, any combination of cardiac structural proteins can be used for high content imaging analysis as long as there are specific antibodies available against those proteins. Although the method we described here is solely based on structural protein expression, it is important to recognize that the cells expressing a cardiac structural protein are not necessarily functional cardiomyocytes. In our previous studies, we have shown that sarcomere assembly is required for iCMs to be functional4,8,9. Importantly, the structural development of iCMs can be directly examined through high content imaging analysis. In addition, further structural evaluation (e.g., confocal microscopy) can be subsequently performed using the same immunostained cells for high content imaging analysis. However, the true functionality of iCMs should be determined by recording spontaneous contraction and electrophysiological properties (i.e., calcium transients and action potentials) of iCMs. In addition, demonstrating whole transcriptomic changes from fibroblast to cardiomyocyte would be necessary for defining successful iCM reprogramming (e.g., single cell RNA-seq). Therefore, the major goal of high content imaging analysis for assessing cardiac reprogramming is not to quantify functional iCMs, but to evaluate overall structural progresses of iCM reprogramming as an initial assessment.