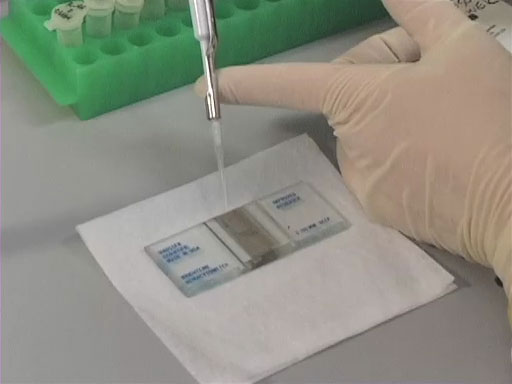 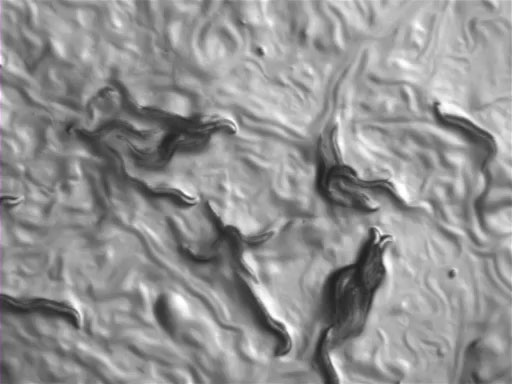 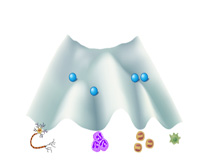 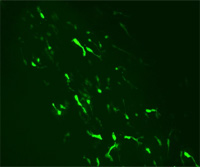 An Introduction to Cell Motility and Migration
Published Today

This video will review the commonly used experimental set-up for cell migration studies. Then we'll highlight a few key considerations, and outline a generalized protocol for running an experiment involving adherent cells. Lastly, we'll review various adaptations of this set-up currently being used to study different factors that affect migration.

The transwell migration assay is a classical technique that allows scientists to quantify cell movement. Migration refers to a cell's ability to move individually or in clusters. Cell movements are made possible through precise restructuring of their cytoskeleton and migration usually occurs in response to stimuli that act as cues.

We'll begin by providing some background information on the transwell chamber.

The apparatus was first designed by Dr. Stephen Boyden in 1961, who used it to study leukocyte migration. Therefore, this method is also known as the Boyden chamber assay.

In a simple Boyden chamber, the outer wall is of the wells, like the ones of a 96-well plate. Inside each well, a transwell, which is a cylindrical insert, is placed. The insert has a polycarbonate membrane of a defined pore size. When placed in the well, it divides the chamber into two compartments. The top compartment is where cells whose migratory behavior is to be studied will be seeded, and the bottom reservoir is where the solution of chemoattractant is placed. By definition, a chemoattractant is a molecule that has the ability to promote cell motility by "attracting cells."

Due to these attractive forces, cells in the top compartment migrate through the pores into the bottom reservoir. If the cells have adherent properties, like some melanoma cells, following movement they will "stick" to the underside of the membrane. In this case, the membrane can be fixed, stained, and cells can be counted under the microscope. On the other hand, non-adherent cells, like sperm, will migrate into the bottom reservoir. In this case, cells in the reservoir solution can be counted with the help of a hemocytometer.

Although the setup for this assay is simple, there are several things that you need to consider before the experiment. Let's review some of them.

Starting with the seeding solution, you have to make sure that the density is optimized to observe cell migration. Too few cells can result in undetectable migration, and greater densities will overpopulate the membrane, making it difficult to enumerate migration. The second consideration is the pore size of the insert. It should be carefully chosen depending on cell type. If the pore size is too small, cells will be unable to pass through.

Alternatively, if the pore size is too large, cells will just fall through, which is not migration. Lastly, one must be mindful of the chemoattractant concentration and the incubation time to be allowed for migration, as these are inter-dependent. Optimal concentration with appropriate incubation time during which concentration gradient is maintained between the compartments, induces cell migration due to the chemo-attraction. Conversely, prolonged incubations may be accompanied by an equilibration of chemoattractant throughout the chamber leading to the loss of chemical gradient, which can confound the analysis of the results obtained.

With these considerations in mind, let's discuss a protocol used to measure migration of adherent cells.

Cells to be assayed are prepared in a protease-free medium, since proteases can denature important membrane receptors, and ultimately affect migration. After cells are prepared, the suspension should be diluted to an optimal seeding density. In order to prepare the chamber, transwells are placed in wells on a multiwell plate. Cell suspension should be pipetted into the transwell without touching the membrane or introducing air bubbles.

Chemoattractant solution is pipetted into the lower reservoir, making sure the solution touches the membrane of the insert. The incubation time for the migration will depend on the experimental considerations. Following incubation, the membranes are fixed by dipping the insert into 70% ethanol. After allowing the insert to dry, cell staining solution is added.

Next, cells are incubated for approximately 30 minutes at room temperature. Following incubation, the inserts are washed with the help of washing buffer. Finally, the membrane can be excised and placed on a microscope slide. Cells on the underside of the membrane represent the number of cells that have migrated in the presence and absence of chemoattractants.

Since, now you've a feel for the protocol, let's take a brief look at how researchers are using this method in their explorations.

One of the most common applications of this assay is to evaluate chemoattractant properties of unknown compounds. Here, scientists were interested in examining swimming paths of frog sperms in the presence of allurin, which is a substance secreted by amphibian eggs. To do this, they first pipetted active frog sperms to the top of the transwell inserts. To the bottom, they added allurin. After allowing the cells to migrate, they counted sperm in the reservoir solution under a microscope. Using this technique, they were able to generate a concentration-response curve depicting the effect of allurin concentration on sperm migration.

When a cell is attacked by pathogens, it sends out chemoattractants to recruit immune cells that migrate, attach, and subsequently resolve infection. To test this phenomenon, these scientists cultured epithelial cells on the underside of the inserts. Subsequently, they infected these cells with different strains of bacteria. Finally, they introduced immune cells into the top chamber. It is known that the infected cells produce several chemoattractants that induce immune cell migration. Results of this experiment demonstrated different degrees of neutrophil migration in response to different types of bacterial infection.

Lastly, cancer cell invasion and metastasis through the extracellular matrix has always intrigued cell biologists. Here, scientists wanted to determine how specific chemoattractants can contribute to such migration through a 3D matrix. They genetically engineered two separate pools of cells: one expressing green fluorescent, and another red fluorescent, protein. They then pipetted an extracellular matrix-mimic to the top of transwells.

Once solidified, they inverted the transwell and seeded two pools of cells to the underside of the membrane. Next, they replaced the insert into the multiwell plate and pipetted the chemoattractant solution into the top chamber. This caused the cells at the bottom to move up and through the 3D matrix. With the help of confocal imaging, these researchers reconstructed cell migration in 3D, and distinguished the migration patterns of two groups of cells.

You've just watched JoVE's video on the transwell migration assay. With the understanding of the components and the protocol of this method, you now know why it is so widely used by cell biologists. Despite the simplicity of this setup, the range of configurations this method can adapt makes it indispensible for cell motility studies. As always, thanks for watching!