To cultivate neural crest stem cells (NCSC) in vitro, a special medium (NCSCM) is required. Essential part of NCSCM is chick embryo extract (CEE). We here describe accurate techniques to produce a maximized amount of pure and high quality CEE, including details as the isolation, maceration, centrifugation, and filtration processes.

The neural crest arises from the neuro-ectoderm during embryogenesis and persists only temporarily. Early experiments already proofed pluripotent progenitor cells to be an integral part of the neural crest1. Phenotypically, neural crest stem cells (NCSC) are defined by simultaneously expressing p75 (low-affine nerve growth factor receptor, LNGFR) and SOX10 during their migration from the neural crest2,3,4,5. These progenitor cells can differentiate into smooth muscle cells, chromaffin cells, neurons and glial cells, as well as melanocytes, cartilage and bone6,7,8,9. To cultivate NCSC in vitro, a special neural crest stem cell medium (NCSCM) is required10. The most complex part of the NCSCM is the preparation of chick embryo extract (CEE) representing an essential source of growth factors for the NCSC as well as for other types of neural explants. Other NCSCM ingredients beside CEE are commercially available. Producing CCE using laboratory standard equipment it is of high importance to know about the challenging details as the isolation, maceration, centrifugation, and filtration processes. In this protocol we describe accurate techniques to produce a maximized amount of pure and high quality CEE.

The authors state that experiments on animals were performed in accordance with the European Communities Council Directive (86/609/EEC), following the Guidelines of the NIH regarding the care and use of animals for experimental procedures and the regulations set forth by the Institutional Animal Care and Use Committee (IACUC) at the University of Duisburg-Essen (Germany).

Part 1: Setting Up (not Shown on Video)

Part 2: Dissection of the Chick Embryos (demonstrated on Video)

Part 3: Maceration of the Chick Embryos

Note: All following steps have to be performed under sterile conditions using a laminar air flow bench:

This protocol is based on modifications of procedures that have been described in the past10,11. In addition to former publications we here show the individual different steps of the process more expanded. This supports the experimenter with important details assuring correct proceedings and reliable outcomes. Further, as the dissection process is an essential part of CEE extraction we describe the procedure of taking the embryos out of the yolk sack in every detail. There are several important points to note as discussed below.

The dissection of the chick embryos should be started as soon as possible after the incubation has ended. Embryos being dead prior to dissection should not be used for any steps of this protocol as enzymatic activation and protein degradation might influence the result adversely.

Before getting started some hand-on training should be performed as all steps of the dissection process have to be carried out fast and accurately. It is important for the success of the whole procedure, to avoid contamination with egg yolk which was accompanied by a noteworthy amount of negatively interfering proteins. After the embryos were taken out of the yolk sacks they should be decapitated quickly (not shown in the video).

Temperature as well as celerity of the rotor are very important, too. In order to avoid enzymatic activation and a reduction of quality and quantity of the factors needed for the NCSCM the temperature of the centrifuge and the rotor should be reduced to 4°C. After the centrifugation step the clear central liquid phase is the important pre-extract containing the essential growth factors for the NCSCM. To achieve a considerable separation of the different fractions and an enrichment of the factors needed we recommend a celerity not lower than 180.000 x g x h.

In a final step the potential of the CEE for cultivation of NCSCs has to be validated. This multipotent transient population of stem cells loses its viability rapidly in media without having added adequate produced CEE. Therefore a transgenic mouse line (JoMa1), which expresses early NCSC markers in a transgene-activity dependent manner and is used to study NCSC biology is cultivated in every newly obtained charge of CEE10. The successful cultivation of NCSCs represents an appropriate validation of the CEE.

The support and advice of Markus Pajtler and Robert Bohrer were invaluable for the visualization of this protocol. 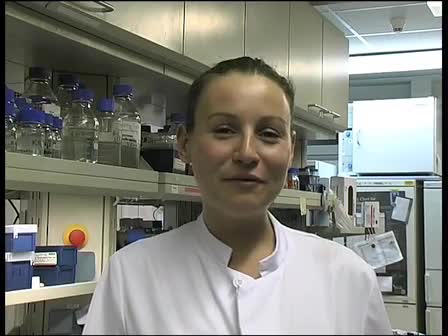