Lensfree optical tomography is a three-dimensional microscopy technique that offers a spatial resolution of <1 μm × <1 μm × <3 μm in x, y and z dimensions, respectively, over a large imaging-volume of 15-100 mm3, which can be particularly useful for integration with lab-on-a-chip platforms.

Tomographic imaging has been a widely used tool in medicine as it can provide three-dimensional (3D) structural information regarding objects of different size scales. In micrometer and millimeter scales, optical microscopy modalities find increasing use owing to the non-ionizing nature of visible light, and the availability of a rich set of illumination sources (such as lasers and light-emitting-diodes) and detection elements (such as large format CCD and CMOS detector-arrays). Among the recently developed optical tomographic microscopy modalities, one can include optical coherence tomography, optical diffraction tomography, optical projection tomography and light-sheet microscopy. 1-6 These platforms provide sectional imaging of cells, microorganisms and model animals such as C. elegans, zebrafish and mouse embryos.

Existing 3D optical imagers generally have relatively bulky and complex architectures, limiting the availability of these equipments to advanced laboratories, and impeding their integration with lab-on-a-chip platforms and microfluidic chips. To provide an alternative tomographic microscope, we recently developed lensfree optical tomography (LOT) as a high-throughput, compact and cost-effective optical tomography modality. 7 LOT discards the use of lenses and bulky optical components, and instead relies on multi-angle illumination and digital computation to achieve depth-resolved imaging of micro-objects over a large imaging volume. LOT can image biological specimen at a spatial resolution of <1 μm x <1 μm x <3 μm in the x, y and z dimensions, respectively, over a large imaging volume of 15-100 mm3, and can be particularly useful for lab-on-a-chip platforms.

LOT can be assembled in a compact and lightweight field-portable architecture 8, and alternatively as an optofluidic microscope with sectional imaging ability. 9 In this report, however, we will describe the basic imaging setup for a bench-top implementation toward tomography of static samples.

While lensfree optical tomography can image a variety of objects such as cells and microorganisms, we will illustrate the basic principles by performing three-dimensional microscopy of a C. elegans sample.

Here, we summarize the image acquisition steps for a typical LOT experiment, which was automated by using a custom developed LabView interface.

Following the steps 1-6 in Section 3, a set of 459 images is acquired, which contains 9 sub-pixel shifted images for each of the 51 different angles of illumination. First, each set of 9 images is digitally processed, using pixel super-resolution algorithms 10, to obtain one high-resolution (HR) projection hologram per angle. It should be noted that pixel super-resolution refers to overcoming the limitation of the pixel size, rather than the diffraction limit, on the spatial resolution of lensfree images. Pixel super-resolved holograms are then digitally reconstructed 7-10 to obtain 51 projection images. This set of 51 projection images is then back-projected using TomoJ, a plug-in for ImageJ (an open source image analysis software). 11 This back-projection operation outputs a three-dimensional image (tomograms) of the sample. Although not implemented here, a dual-axis tomography scheme could also be utilized as described in Ref. 7. In this scheme, a second set of tomograms is obtained by rotating the light source along an orthogonal axis with respect to the first rotation axis, which provides more spatial information regarding the sample, and improves axial resolution.

The large field-of-view (FOV) of lensfree optical tomography is demonstrated in Figure 1. As the sample is placed directly on the top of the detector-array, holographic images of the objects can be recorded over a FOV of 24 mm2, which can be further increased using emerging detector arrays with larger active areas.

The projection images can be combined using tomographic image reconstruction techniques (e.g. filtered back-projection) to compute tomograms (i.e. three dimensional images) of the specimen. Figure 3 shows three slice images in the x-y plane through the anterior of the worm, where the pharyngeal tube is visible only in the slice through z=8 μm, as expected from this roughly cylindrical structure with ~5 μm outer diameter. Moreover, the cross-sectional image in the x-z plane (inset in Figure 3 top panel) clearly shows the boundaries of the worm and the pharyngeal tube inside (pointed by the arrows), demonstrating successful 3D imaging of the pharynx. 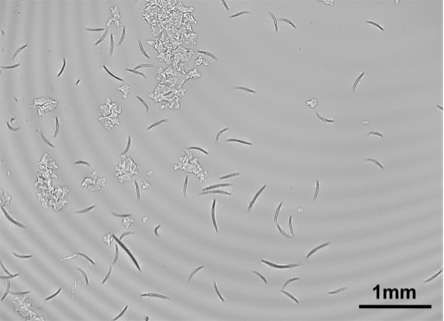 Figure 2 shows the pixel super-resolved holograms (left panel) and the digitally reconstructed projection images (right panel) for a C. elegans worm (cropped from a large field-of-view) at three different illumination angles. Each projection image contains information regarding a different viewing angle, which enables computation of the 3D structure through a filtered back-projection operation.

Figure 3 shows computed tomograms for the C. elegans worm of Figure 2. (Top row) shows a slice image of the entire worm at z=3 μm. The inset shows a cross-sectional image from the anterior of the worm. Scale bar of the inset is 50 μm. (Bottom row) Shows three slice images through the anterior of the worm, demonstrating the optical sectioning ability of lensfree optical tomography. Arrows throughout the figure indicate the same point on the pharyngeal tube of the worm. A microscope image (x40, 0.65-NA) is also provided for visual comparison.

It is important to emphasize that the unique geometry of lensfree on-chip holographic microscopy is the critical enabler to achieve pixel super-resolution and tomographic imaging. Since the recorded images are not assumed to be projection images as in incoherent contact imaging approaches 12, but projection holograms, the diffraction of the transmitted light until it impinges on the detector can be digitally corrected by holographic reconstruction. Therefore, variations in the sample-to-sensor distance can be accounted. Moreover, since the sample-to-sensor distance is typically ~0.5-5 mm, while the light source is placed at ~4-10 cm distance from the sample, achieving sub-pixel shifts does not require large source shifts. As a result, moving the light source only by 50-100 μm is sufficient to achieve sub-pixel shifts at the detector plane, preventing undesired variations in i) illumination direction/perspective, and ii) effective sample-to-sensor distance at each source position. If not prevented, these variations could cause significant aberrations in the pixel super-resolved images. Therefore, the holograms recorded at each source position, at a given angle, can actually be considered to be sub-pixel shifted versions of the same holographic image. Moreover, the almost alignment-free design of lensfree optical tomography makes it rather straightforward to record projection holograms at different angles, simply by rotating a light source 7,9, or using multiple light sources (such as LEDs) at different angles 8.

LOT is an emerging technique that offers a large space-bandwidth product for on-chip imaging of samples. Importantly, it is a scalable technology that will greatly benefit from the next generation detector arrays. That is, as faster CMOS and CCD detector arrays with denser pixels become available, LOT will continuously improve both in terms of resolution, field-of-view and speed. This is an important advantage of lensfree on-chip microscopy over conventional light microscopy, where imaging performance is determined by multiple sub-systems, impeding the direct scaling of image quality with the advances in digital technologies.

In summary, enabling high-throughput 3D microscopy of specimens over a large imaging volume, in a compact architecture, lensfree optical tomography can be a useful toolset for lab-on-a-chip systems. 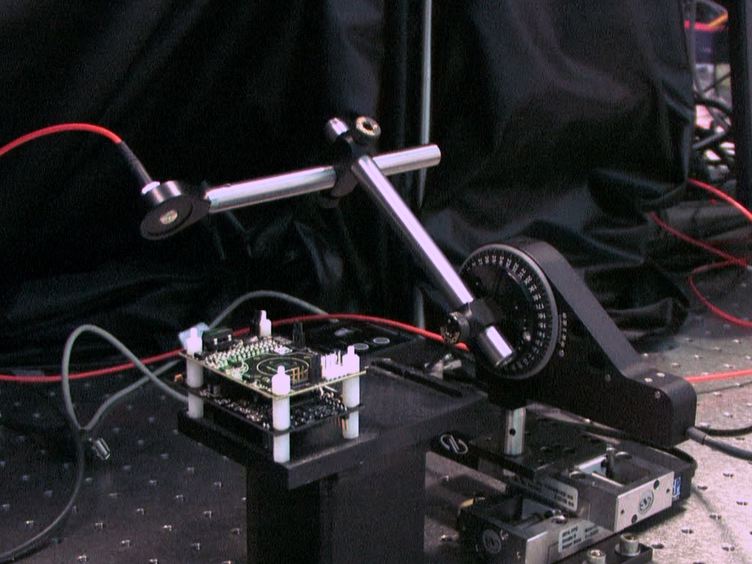