Human pluripotent stem cell-derived cardiomyocytes (hPSC-CMs) have been a promising cell source and have thus encouraged the investigation of their potential applications in cardiac research, including drug discovery, disease modeling, tissue engineering, and regenerative medicine. However, cells produced by existing protocols display a range of immaturity compared with native adult ventricular cardiomyocytes. Many efforts have been made to mature hPSC-CMs, with only moderate maturation attained thus far. Therefore, an engineered system, called biowire, has been devised by providing both physical and electrical cues to lead hPSC-CMs to a more mature state in vitro. The system uses a microfabricated platform to seed hPSC-CMs in collagen type I gel along a rigid template suture to assemble into aligned cardiac tissue (biowire), which is subjected to electrical field stimulation with a progressively increasing frequency. Compared to nonstimulated controls, stimulated biowired cardiomyocytes exhibit an enhanced degree of structural and electrophysiological maturation. Such changes are dependent upon the stimulation rate. This manuscript describes in detail the design and creation of biowires.

Cell-based therapy is one of the most promising and investigated strategies to achieve cardiac repair/regeneration. It has been aided by cardiac tissue engineering and the co-delivery of biomaterials1,2. Most available cell sources have been studied in animal models for their potentially beneficial effects on damaged, diseased, or aged hearts3. In particular, significant efforts have been made to use human pluripotent stem cell (hPSC)-derived cardiomyocytes (hPSC-CM), a potentially unlimited autologous cell source for cardiac tissue engineering. hPSC-CMs can be produced using several established protocols4,5,6. However, the obtained cells display fetal-like phenotypes, with a range of immature characteristics compared to adult ventricular cardiomyocytes7,8. This can be an obstacle to the application of hPSC-CMs as models of adult heart tissue in drug discovery research and in the development of adult cardiac disease models9.

In order to overcome this limitation of phenotypic immaturity, new approaches have been actively investigated to promote cardiomyocyte maturation. Early studies revealed effective pro-maturation properties in neonatal rat cardiomyocytes via cyclic mechanical10 or electrical stimulation11. Gel compaction and cyclic mechanical stimulation were also shown to improve some aspects of hPSC-CM maturation12,13, with minimal enhancement of the electrophysiological and calcium handling properties. Therefore, a platform system called "biological wire" (biowire) was devised by providing both structural cues and electrical field stimulation to enhance the maturation of hPSC-CMs14. This system uses a microfabricated platform to create aligned cardiac tissue that is amenable to electrical field stimulation. This can be used to improve the structural and electrophysiological maturity of hPSC-CMs. Here, we describe the details of making such biowires.

2. Creation of the Electrical Stimulation Chamber

The rational for the use of a suture in the biowires is to serve as a template for the formation of 3D constructs that align in one axis and mimic the shape of cardiac fibers. We show that after seven days of culture in the biowire, cells remodeled the gel around the suture (Figure 3A). The cells assembled along the axis of the suture to form aligned cardiac tissue (Figure 3). After 7 days of preculture, the biowires were subjected to 7 days of electrical field stimulation and further exhibited properties compatible with structural and functional maturation of cardiomyocytes.

Human PSC-CMs in biowires exhibited strong expression of cardiac contractile proteins, sarcomeric α-actinin, and actin (Figure 4A). We observed sarcomeric banding of the hPSC-CM contractile apparatus and alignment of the myofibrilar strictures along the axis of the suture. This is qualitatively similar to the structure in the adult heart (Figure 4A). Second, compared to those of EBs, these biowired hESC-CMs displayed lower proliferation rates (Figure 4B). Third, the biowired hESC-CMs exhibited improved calcium handling properties (Figure 5) and cardiomyocyte electrophysiology maturation (Figure 6). In mature cardiomyocytes, treatment with caffeine induces an abrupt release of Ca2+ from the sarcoplasmic reticulum8. Such Ca2+ transients were found in electrically stimulated hESC-CMs, but not in cells from non-stimulated controls (Figure 5A-C). The response to caffeine in the electrically stimulated cells, compared to non-stimulated controls, revealed a significantly higher amplitude of intensity in a stimulation frequency-dependent manner (Figure 5D and E). Meanwhile, hPSC-CMs in biowires showed improved hERG current and inward rectifier current (Ik1) densities, which was further enhanced by electrical stimulation (Figure 6A and B). Such improvements in Ik1 current are in accordance with an induction in potassium inwardly rectifying channel gene (KCNJ2) protein expression in the biowires (Figure 6C).

Another important parameter regarding maturation is the ability of the cardiomyocytes to beat spontaneously, also known as automaticity, which is a sign of immaturity in working cardiomyocytes (atrial and ventricular)16. Automaticity was significantly higher in EB-derived cardiomyocytes compared to control biowires (Figure 6D), which was comparable to that in biowires subjected to the 6-Hz regimen.

Taken together, these results indicate that culture in biowire with electrical stimulation promoted the structural and electrophysiological maturation of hPSC-CMs14. 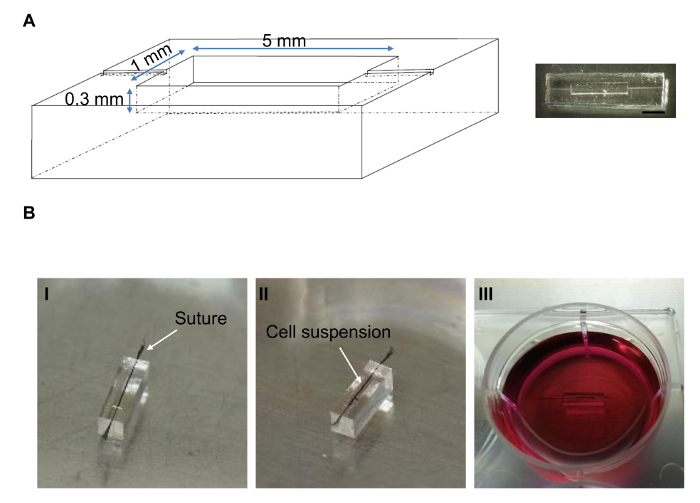 Figure 1: Biowire Culture Platform. (A) Schematic (left) and actual (right) PDMS mold of biowire. Scale bar = 2 mm. (B) To set up the biowire, a suture was mounted centrally in the channel (I). A hESC-CM suspension in collagen type I gel was seeded around the suture in the channel (II) and incubated in medium (III). Please click here to view a larger version of this figure. 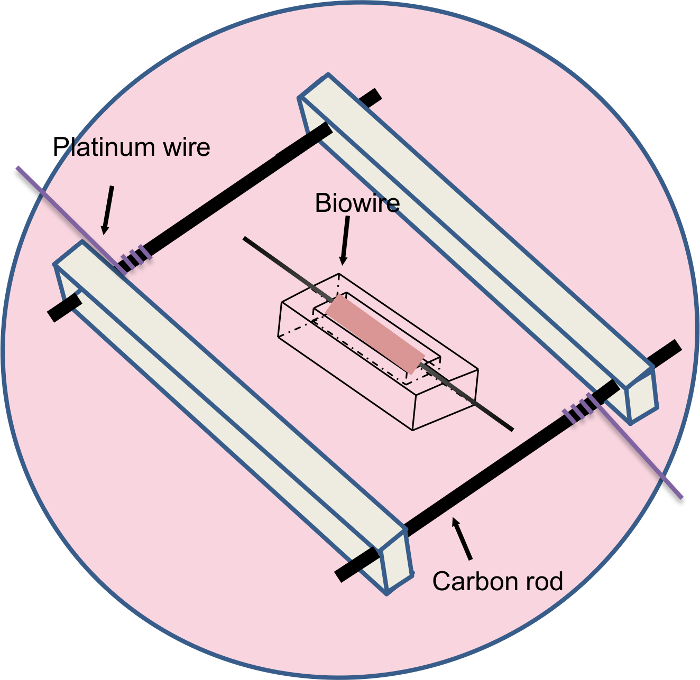 Figure 2: The Biowire was Cultured in the Electrical Stimulation Chamber during the Second Week of Cultivation. The biowire was placed perpendicular to the carbon electrodes. Please click here to view a larger version of this figure. 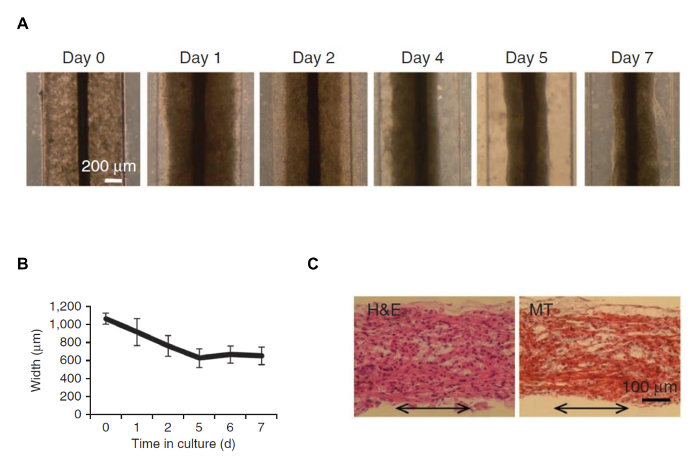 Figure 3: Cell Remodeling and Gel Contracting around the Suture after 7 day of Preculture in Biowire. (A) Brightfield images of hESC-CMs on indicated days of preculture in the biowire template. Scale bar = 200 µm. (B) Quantification of gel compaction on the indicated days of culture (average ± s.d.). (C) Hematoxylin and eosin (H&E) and Masson's trichrome (MT) staining of biowire sections (the double-headed arrows represent the suture axis). Scale bar = 100 µm. This figure has been modified from reference14. Please click here to view a larger version of this figure. 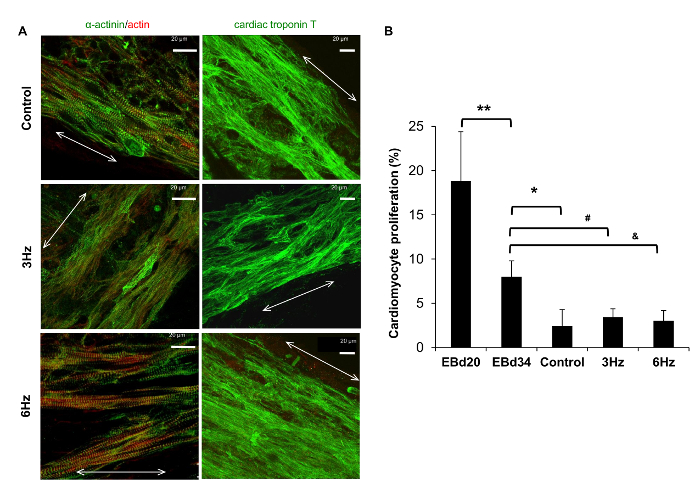 Figure 4: Physiology of Cardiomyocytes Cultured in the Biowire Platform. (A) Representative confocal images of non-stimulated (control) and electrically stimulated biowires (3 Hz and 6 Hz regimens) showing cardiomyocyte alignment and frequent Z-disks (the double-headed arrows represent the suture axis). Green, α-actinin; red, actin. Scale bar = 20 µm. (B) Cardiomyocyte proliferation in the biowires was lower than in the EBs. Proliferation was assessed by double staining for sarcomeric α-actinin and Ki67 (n = 3-4 per condition, average ± s.d.). *, **, #, and & represent statistically significant differences compared to EBd34 (Student's t-test). This figure has been modified from reference14. Please click here to view a larger version of this figure. 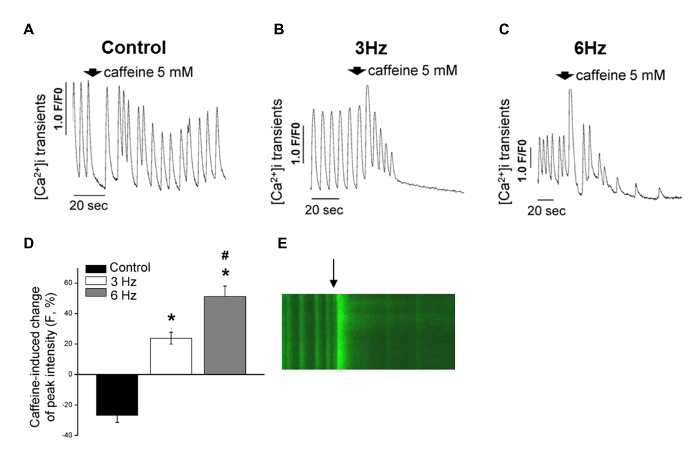 Figure 5: Electrical Stimulation Promoted Improvements in Ca2+ Handling Properties. (A-C) Representative traces of Ca2+ release in response to caffeine in nonstimulated control cells (A) and cells subjected to the 3-Hz regimen (B) and the 6 Hz regimen (C). (D) Caffeine-induced change of peak fluorescence intensity among experimental groups (mean ± s.e.m. after normalizing the peak fluorescence intensity before the administration of caffeine; control versus 3 Hz, P = 1.1 x 10−6; control versus 6 Hz, P = 2.1 x 10−7; 3 Hz versus 6 Hz, P = 0.003; n = 10 (control), n = 6 (3 Hz), and n = 9 (6 Hz) (Student's t-test). (E) Representative fluorescent recording of Ca2+ transients before and after the administration of caffeine at 5 mM (arrow) in cells subjected to the 6 Hz regimen. This figure has been modified from reference14. Please click here to view a larger version of this figure. 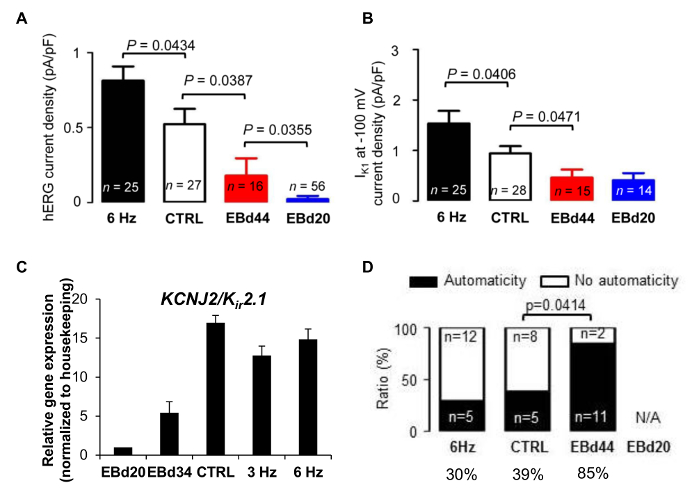 Table 1: Critical Steps in the Protocol.

This manuscript describes the setup and implementation of the engineered platform, biowire, to improve the maturation of hPSC-CMs. The device can be made in standard microfabrication facilities, and biowires can be produced with common cell culture techniques and an electrical stimulator.

To our knowledge, there is no reported method similar to biowires. This strategy reveals that improved maturation properties were dependent on the electrical stimulation regimen, as evidenced by the greater maturation level obtained in the biowires subjected to the higher stimulation rate ramp-up regimen (6 Hz versus 3 Hz). Cardiomyocytes in biowires demonstrated less automaticity and higher hERG currents and IK1 compared to EBs cultivated for 20 days (EBd20) or for 40-44 days (EBd44). EBd20 cardiomyocytes represented the cell properties before their incorporation into biowires, whereas EBd44 cardiomyocytes were cultured 10 days longer than the biowire culture time and shows that even with longer time in culture in EB format, cardiomyocytes could not reach equivalent maturation properties as those induced by electrical stimulation in biowires. However, the cardiomyocytes obtained via biowires are still not as mature as adult cardiomyocytes.

The dimensions of the biowire device used here are 5 mm x 1 mm x 0.3 mm (length x width x height), but it is possible to modify the device to make longer biowires. However, the height of the biowires is limited to 0.3 mm (with a radius of ~300 µm upon gel compaction), given the limitations in oxygen delivery in larger tissues. To overcome this limitation of generating thicker tissues, a perfusion method would be required19. Nevertheless, it is recommended to maintain the ratio of 0.5 x 106 cells/0.5 cm of wire in length. For longer biowires, collagen gel polymerization may take longer, and more frequent medium changes may be needed due to the increased number of cells. Moreover, the current setup of the biowire using silk suture does not allow for the measurement of the force of contraction generated by the seeded cardiomyocytes. However, the use of a biodegradable suture may make this possible in the future.

The cell type used to make the biowire described here is hESC-CM using the Hes2 cell line20. The protocol could also use hiPSC cell lines (e.g., CDI-MRB and HR-I-2Cr-2R)14. The cardiomyogenic ability of different human stem cell lines might be different, and suitability for this platform should be experimentally determined and the conditions optimized as needed. There are several critical steps within the protocol (see Table 1).

Additionally, the biowires were designed to fit in a 6-well plate, and the example here showed the making of one biowire. However, it is possible to culture and electrically stimulate multiple biowires simultaneously in one well. 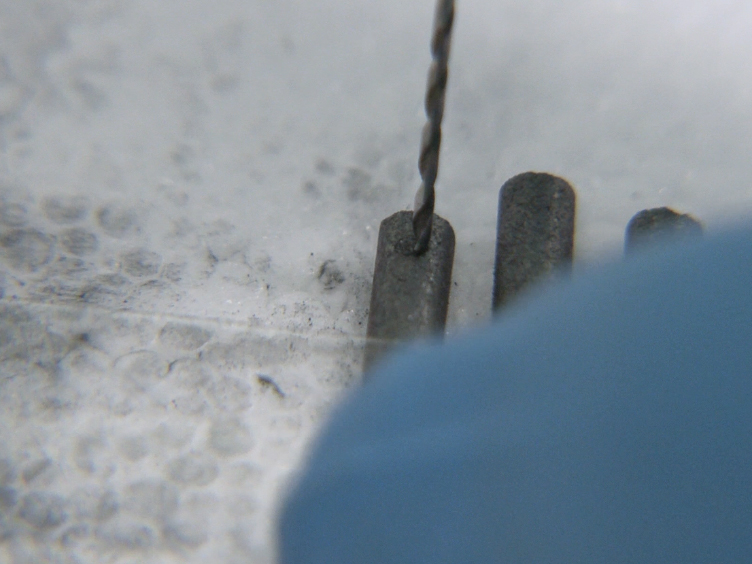