Intracellular calcium recycling plays a critical role in regulation of systolic and diastolic function in cardiomyocytes. Cardiac sarcoplasmic reticulum (SR) serves as a Ca2+ reservoir for contraction, which reuptakes intracellular Ca2+ during relaxation. The SR Ca2+ reserve available for beats is determinate for cardiac contractibility, and the removal of intracellular Ca2+ is critical for cardiac diastolic function. Under some pathophysiological conditions, such as diabetes and heart failure, impaired calcium clearance and SR Ca2+ store in cardiomyocytes may be involved in the progress of cardiac dysfunction. Here, we describe a protocol to evaluate SRCa2+ reserve and diastolic Ca2+ removal. Briefly, a single cardiomyocyte was enzymatically isolated, and the intracellular Ca2+ fluorescence indicated by Fura-2 was recorded by a calcium imaging system. To employ caffeine for inducing total SR Ca2+ release, we preset an automatic perfusion switch program by interlinking the stimulation system and the perfusion system. Then, the mono-exponential curve fitting was used for analyzing decay time constants of calcium transients and caffeine-induced calcium pulses. Accordingly, the contribution of the SR Ca2+-ATPase (SERCA) and Na+-Ca2+ exchanger (NCX) to diastolic calcium removal was evaluated.

Intracellular calcium ([Ca2+]i) recycling plays a critical role in regulation of systolic and diastolic function in cardiomyocytes1. As we know, the calcium-induced Ca2+ release initiates the excitation-contraction coupling, which translate the electrical signal to contraction. Membrane depolarization activates the sarcolemmal L-type Ca2+ channels, which induce Ca2+ release from SR into the cytoplasm via ryanodine receptors 2 (RyR2). The transient elevated cytoplasmic Ca2+ initiates contraction of myofibrils. During the diastole, cytoplasmic Ca2+ is reuptaken into the SR by means of the SR Ca2+-ATPase 2 (SERCA2) and pumped out of the cardiomyocyte via the Na+-Ca2+ exchanger (NCX)2. This process leads to contraction-relaxation recycling in the cardiomyocyte.

The cardiac SR is an intracellular membrane network that surrounds the contractile machinery. It serves as a Ca2+ reservoir for contraction, and it reabsorbs intracellular Ca2+ during relaxation. The SR Ca2+ reserve available for beats is determinate for cardiac contractility. Meanwhile, the removal of intracellular Ca2+ is critical for cardiac diastole. Under some pathophysiological conditions, such as diabetes and heart failure, impaired Ca2+ clearance and depressed SR Ca2+ store in cardiomyocytes may be involved in the process of cardiac dysfunction2,3,4.

For measuring SR Ca2+ release and diastolic Ca2+ removal in cardiomyocytes, there are two widely used approaches: the integrity of the NCX current based on patch-clamp5,6, and the caffeine-induced Ca2+ pulse based on Ca2+ fluorescence imaging7,8,9. The former approach depends on the fact that the Ca2+ released from the SR is largely pumped out of the cell by NCX. However, this approach is limited by its requirement of advanced equipment and skillful operation. In the present study, we describe a convenient approach to assess SR Ca2+ reserve and Ca2+ removal in myocytes by measuring a caffeine-induced Ca2+ pulse based on a Ca2+ fluorescence imaging system. Briefly, intracellular Ca2+ fluorescence is indicated by Fura-2. By interlinking the stimulation system and perfusion system, we present a program for switching the perfusion and pacing system automatically. 10 mM caffeine was employed to rapidly induce total Ca2+ release in the SR. The exponential decay time constants (Tau) of calcium transients and caffeine-induced calcium pulses were obtained from mono-exponential curve fitting, which reflect the contribution of SERCA and NCX to diastolic Ca2+ removal accordingly.

All animal experiments were performed in accordance with protocols approved by the Institutional Animal Care and Use Committee at Experimental Research Center, China Academy of Chinese Medical Sciences and Zhejiang University.

4. Set Up of Perfusion System

Here, we illustrate streptozotocin (STZ)-induced diabetic rats (DM) and age-matched Sprague-Dawley (SD) rats for example. 8-week-old male SD rats (200 ± 20 g) received a single intraperitoneal injection of STZ (70 mg/kg, ip) for the DM group or citrate buffer for the control group. One week after STZ administration, rats with blood glucose > 16.7 mmol/L were considered diabetic. After 8 weeks, the LV myocytes were enzymatically isolated. After calcium reintroduction, there is about 70 - 80% of myocytes that remain in the survival state. Only myocytes with a rod-shape, clear striations, and stable contractions were selected for recording (Figure 1B). As shown in Figure 1A, we set up the chamber perfusion and needle perfusion for myocytes. Perfusion valves and pacing system were automatically switched by a preset program as described in Figure 2A. The intracellular calcium fluorescence was recorded by a calcium imaging system. Values were reported as Mean ± SEM.

Figure 1. Illustration of perfusion system and isolated LV myocytes. (A) Illustration of the chamber perfusion and pencil perfusion. Arrows indicate the flow direction of the NT solution in the perfusion chamber. The pencil provides perfusion surrounding the target myocyte with NT or caffeine solution. The micron tip can be manipulated freely above the chamber. (B) Microscopic view of isolated LV myocytes with a rod-shape and clear cross striations. Please click here to view a larger version of this figure. 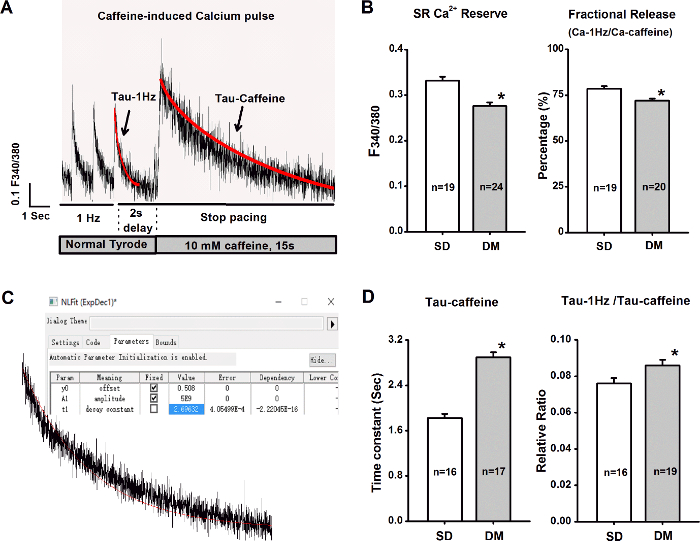 Table 3. Preset of parameters in the stimulator.

Calcium flux released from the SR is the major Ca2+ source for systole in the heart. To some extent, the amplitude of SR Ca2+ content and the fractional Ca2+ released from the SR reflect the SR Ca2+ reserve available for cardiac contraction. On the other hand, the Ca2+ reserve of SR depends on the ability of SR Ca2+ reuptake, Ca2+ leak of SR, and their balance across the SR during diastole12,13,14. In our experiment, rapid application of 10 mM caffeine is aimed to induce total Ca2+ release and prevent Ca2+ reuptake in the SR by opening the RyR channel. Thus, the amplitude of the caffeine-induced Ca2+ pulse could be used as an index of SR Ca2+ reserve. In addition, with basic pacing in 1 Hz and 3 Hz, we could further investigate the frequency-dependence of SR load and its underlying mechanism6.

Removal of Ca2+ in the cytoplasm is critical for cardiac diastolic function. As shown in Figure 2A, at the stage of 1 Hz field stimulation, the decline of calcium transients was attributed to SERCA in the SR, NCX in the cytomembrane, and slow transport systems (mitochondrial Ca2+ uniporter and sarcolemmal Ca2+-ATPase). As the contribution of slow mechanisms is negligible, the decay time constant of Ca2+ transient (Tau-1 Hz) reflects the combined activity of SERCA and NCX7,8,9. At the stage of caffeine perfusion, SERCA failed to build the SR calcium reserve. Thus, the decline of caffeine-induced calcium pulse (Tau-caffeine) was mainly attributed to NCX. Correspondingly, the NCX function is negative as relevant to Tau-caffeine. The NCX contribution to diastolic Ca2+ removal is positive as relevant to the ratio of Tau-1 Hz/Tau-caffeine. The SERCA contribution is positive as relevant to the difference between Tau-caffeine and Tau-1 Hz7,8,9.

To complete the procedure successfully (Figure 2), there are some technical key points that should be noted. Firstly, establishing an automated system is critical to switching the pacing and perfusion system precisely. The preset program could control the delay time accurately and apply the caffeine perfusion rapidly. Secondly, during the process, the myocytes are at the risk of being washed away by the perfusion solution. For keeping the myocytes stably adhered to the chamber dish, the cells should be placed in the dish for more than 15 minutes before recording.

Further, setting up a stable needle perfusion system for application of caffeine is another critical step. There are three key points for this step: (1) Rapid channel switch and smooth needle perfusion, (2) Well-controlled perfusion flow velocity, and (3) Proper distance between the needle tip and target myocyte. Inappropriate setting of flow velocity, tip distance, or interference in the solution channel switch may result in failure of acquiring an acceptable caffeine-induced calcium pulse. For caffeine-induced calcium pulses, only the pulse with a steep wave crest could be selected for analysis of calcium removal function.

The alternative method based on the patch-clamp system can provide relatively accurate data. However, some factors, such as inward-rectifying K+ current, may influence the accuracy. In addition, a higher requirement of advanced equipment, skilled technician, and time consumption may also limit the application of patch-clamp. To some extent, our protocol has the limitation that it could not provide direct values of SR load or activity of SERCA and NCX. The parameters (e.g., Ca-caffeine, Tau-caffeine) only reflect changing SR content and contribution to diastolic Ca2+ removal indirectly. However, this protocol has the advantage of convenience, less limitation of technique and equipment. 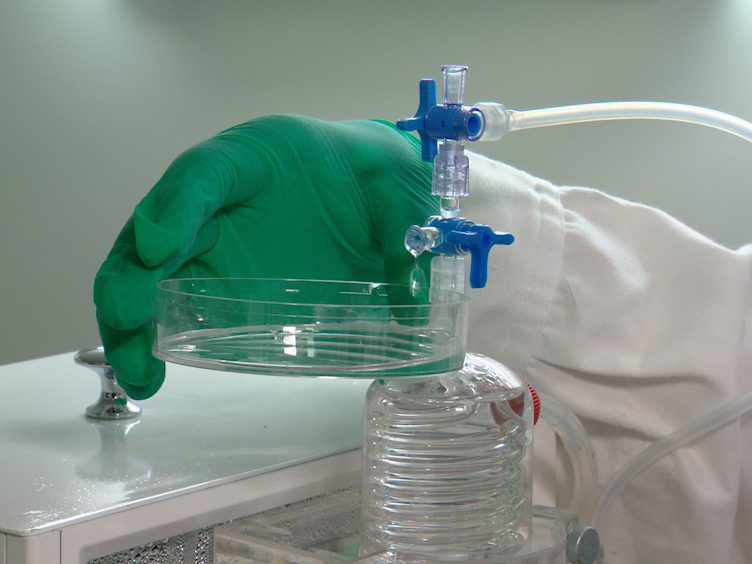