The goal is to produce an arteriovenous fistula that is simple and reproducible. This method does not use sutures or glue adhesive. Therefore the samples can be used with the least amount of foreign materials for analysis.

Technical aspects of creating an arteriovenous fistula in the mouse are discussed. Under general anesthesia, an abdominal incision is made, and the aorta and inferior vena cava (IVC) are exposed. The proximal infrarenal aorta and the distal aorta are dissected for clamp placement and needle puncture, respectively. Special attention is paid to avoid dissection between the aorta and the IVC. After clamping the aorta, a 25 G needle is used to puncture both walls of the aorta into the IVC. The surrounding connective tissue is used for hemostatic compression. Successful creation of the AVF will show pulsatile arterial blood flow in the IVC. Further confirmation of successful AVF can be achieved by post-operative Doppler ultrasound.

The most common option chosen for renal replacement therapy in patients with end stage renal disease is hemodialysis. Access for hemodialysis is performed by arteriovenous fistula (AVF), arteriovenous graft, or temporary catheter placement. Although AVF are the preferred mode of access, AVF are still far from perfect. One-year primary AVF patency rates are only 60-65%, with many failures due to neointimal hyperplasia. The molecular biology and physiology of normal AVF formation and maladaptive formation remains poorly characterized. As such, much is to be gained in improving AVF outcomes with the accompanying gain in understanding of the regulation of fistula formation.1-3

Exposure of a vein to arterial flow is commonly studied in the context of vein grafts that are direct models of surgical bypass.4, 5 Although vein grafts and AVF similarly expose a vein to an arterial environment, there are several critical differences between them. First, the resistance of the distal runoff bed is much lower in AVF, as the AVF drains to the right atrium whereas the vein graft drains to the often diseased distal small arteries, resulting in increased blood flow and shear stress in the AVF. Second, the blood in the venous limb of the AVF can be a mixture of venous and arterial blood leading to lower oxygenation compared to the purely arterial content in the vein graft. Third, the vein in the AVF is not removed from its bed, leading to preservation of its vaso venorum and nervous innervations, compared to the complete transposition of the vein graft into the arterial bed. Lastly, the number of anastomoses is usually two in vein grafts whereas an AVF typically has only one. In this study, we introduce a mouse model of aortocaval fistula that can be used for the study of AVF.

After practice, survival on the first post-operative day is typically over 95%; at post-operative day 7, survival was 91.3%. Figures 1 and 2 show the ideal puncture site in coronal and cross-sectional views; placement of the puncture site is critical to obtaining good survival without excessive hemorrhage. Intra-operative deaths and early post-operative deaths are typically due to hemorrhage. This tends to occur with excessive dissection between the aorta and the IVC, or from inadequate hemostatic pressure. Figure 3 shows a schematic of the importance of wrapping the puncture site with connective tissue prior to applying pressure for hemostasis, allowing good hemostasis without compression of the AVF. In our experience, all technically successful AVF can be confirmed with ultrasound by the third day; once the AVF is confirmed on duplex to be present, the AVF will usually be stable at least until day 28. Figure 4 shows typical Doppler ultrasound findings in successful AVF formation. Changes in waveforms were observed at the level of the AVF in IVC and towards the heart. The overall AVF confirmation rate on post-operative day 3 was 71.4%. 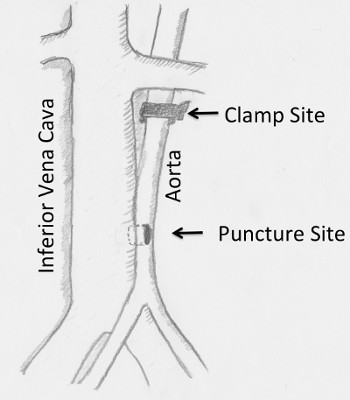 Figure 1. Diagram showing the puncture site. The ideal puncture site is between half to three quarters of the distance between the left renal vein and iliac bifurcation. IVC: Inferior vena cava. 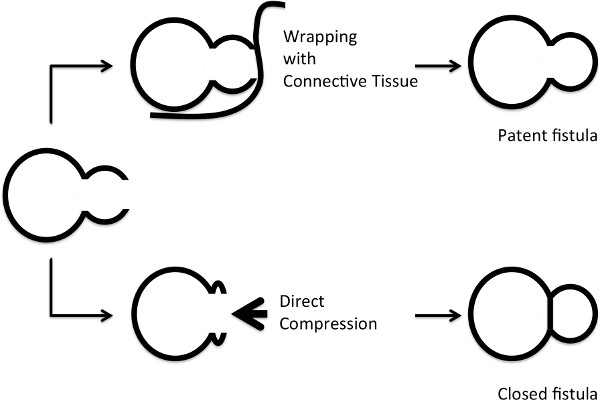 Figure 4. Ultrasound findings after AVF surgery. The AVF was examined with high-resolution ultrasound post-operatively. Waveforms below the AVF were typical venous waveforms, whereas at and above the AVF the waveforms showed superimposition of arterial flow that was not present below the AVF. Click here to view larger figure.

There are several reports that have described AVF in rats, including femoral AVF,6, 7 carotid to jugular AVF8 and aorto-caval AVF.9, 10 The rat is several times larger than the mouse, allowing easier surgery in the rat compared to the mouse. Nevertheless, in order to take advantage of mouse genetic strains and variants the procedure must be extended to include mouse models. Several previously published reports introduced the AVF model in mice, but these reports have generally been in the context of developing a model for right-sided heart failure, using larger size needles.11-13 Guzman has reported a similar technique to ours; however in that report the authors used sutures to close the arteriotomy.13 We do not use sutures to avoid potential interference with subsequent extraction of protein and RNA for molecular analysis. In addition closing the arteriotomy with sutures carries a risk of applying excessive tension on the fistula that may lead to acute or late bleeding. In other reports, AVF have been created between the carotid and jugular veins using the cuff method.14 In this study we describe a simple, reproducible method that can be used in the studies of AVF itself that do not depend on a peri-anastomotic cuff.

We create an AVF by puncturing the mouse infra-renal aorta with a 25 G needle and extending the puncture through the aortic side wall into the infra-renal vena cava. During development of our present methodology, we have noticed some crucial technical points to improve the technical success and consistency of the procedure:

A potential limitation of this study is that this model is made between aorta and IVC, large vessels in the small mouse. It is not clear whether this model mimics the AVF as used in clinical care of human patients, i.e. AVF made in small peripheral arteries. In addition, the control animals for experiments must be performed carefully, and depend on the experimental protocol. We typically use sham operations for controls, in which we perform laparotomy and immediate closure under general anesthesia, without any puncture at all.

We describe a short protocol in which the operator can perform AVF in mice, within 15-20 min. We anticipate that this model will be useful for studies of fistula adaptation that can be useful for human patients with end-stage renal disease, especially if used in conjunction with mouse models of disease.

This work was supported in part by the National Institute of Health grant R01-HL095498, as well as with the resources and the use of facilities at the VA Connecticut Healthcare System, West Haven, CT.