Mitochondrial motility and distribution play a vital role in fulfilling variable and specialized energetic demands in polarized neurons. Neurons can extend extremely long axons to connect with targets through the formation of synapses, which demand high levels of energy for Ca2+ buffering and ion currents. Transport of mitochondria from soma to axon is critical for supporting axonal and synaptic function of neurons. Spatially and temporally dynamic mitochondrial movement is conducted by fast axonal transport at rates of several micrometers per second1.

There are two main challenges in examining and analyzing the tracking of mitochondria: (1) identifying mitochondria from the background in every frame, and (2) analyzing and generating the connections between every frame. In resolving the first challenge, a fluorescence labeling approach is used widely to distinguish mitochondria from the background, such as MitoTracker dye or transfection of fluorescence-fused mitochondrial targeting protein (e.g., mito-GFP)6,7,8. To analyze the association between frames, several algorithms and software tools have been described in previous studies9. In a recent paper, researchers compared four different automated tools (e.g., Volocity, Imaris, wrMTrck, and Difference Tracker) to quantify mitochondrial transport. The results showed that despite discrepancies in track length, mitochondrial displacement, movement duration, and velocity, these automated tools are suitable for evaluating transport difference after treatment10. In addition to these tools, an integrated plugin "Macros" for ImageJ (written by Rietdorf and Seitz) has been widely used for analyzing mitochondrial transport11. This method generates kymographs that can be used to analyze mitochondrial movement, including velocity in both anterograde and retrograde directions.

NOTE: The detailed protocol for maintaining iPSCs and their differentiation into telencephalic glutamatergic neurons are similar to those described previously18. Here, the critical process during the differentiation of human pluripotent stem cells is introduced and highlighted.

2. Examination of mitochondrial transport along axons of telencephalic glutamatergic neurons

3. Data analysis of mitochondrial transport and morphology in cortical neurons

Here, human iPSCs were differentiated into telencephalic glutamatergic neurons, which were characterized by immunostaining with Tbr1 and βIII tubulin markers (Figure 1A). To examine the axonal transport of mitochondria, these cells were stained with red fluorescent dye, and time-lapse imaging was performed. Since ImageJ is readily available and easier to obtain, mitochondrial transport was further analyzed with the "MultiKymograph" and "Macros" ImageJ plugins, shown in Figure 1. 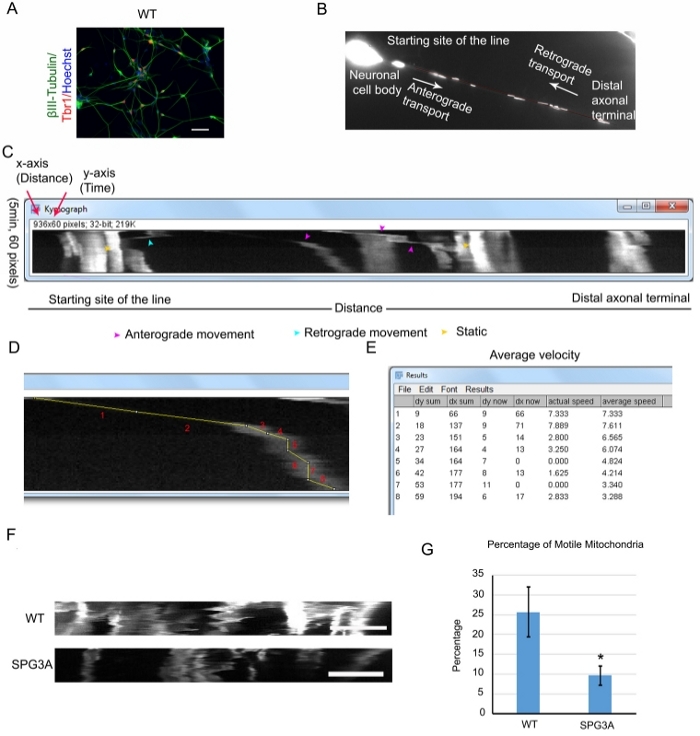 Figure 1: Analysis of mitochondrial transport using ImageJ. (A) Immunostaining showing the generation of telencephalic glutamatergic neurons. Tbr1 (red), βIII tubulin (green), and Hoechst (blue). Scale bars = 50 µm. This figure has been modified from a previous study19. (B) Mitochondrial transport within axons of neurons. Anterograde mitochondrial movement is defined as the mitochondria moving from the cell body to distal axon, and retrograde mitochondrial movement originates from the distal axon and extends to the neuronal cell body. The segment line is drawn along axons from neuronal cell body to distal axonal terminal in order to generate kymographs. (C) Kymograph is generated using ImageJ; x-axis is the axonal position and y-axis is time. One continuous white line is the mitochondrion moving in anterograde direction (pink arrowhead), retrograde direction (blue arrowhead), or static state (yellow arrowhead). (D) The segmented line is drawn to read the velocity using the Macros plugin. Numbers 1–8 describe the segment of the line. Anterograde movement (1–4, 6, 8) and static state (5, 7) can be distinguished from this magnified kymograph. (E) Time and moving distance for each segment, actual and average velocity (in pixels). (F) Kymograph of mitochondrial transport for WT and SPG3A cortical PNs using ImageJ. Scale bar = 10 µm. (G) Motile mitochondrial ratio in WT and SPG3A cortical PNs using ImageJ (*p < 0.05). Please click here to view a larger version of this figure. 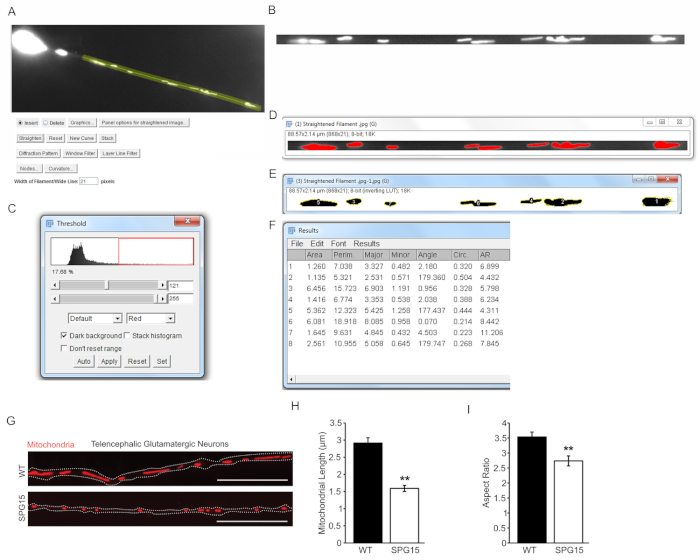 Table 1: Advantages and disadvantages of some fluorescent tools for mitochondrial labeling.

This article describes a method to analyze mitochondrial transport and morphology in neuronal axons using red fluorescent dye and ImageJ software, both of which provide a unique platform to study axonal degeneration and mitochondrial morphology in neurodegenerative disease. There are several critical steps in the protocol, including staining of mitochondria, live cell imaging, and analyzing the images. In this method, a fluorescent dye was used to stain mitochondria. Since human iPSC-derived neurons are easily detached from the dish, it is important to leave some solution in the dish and gently add neurobasal medium. The washing can be performed three or four times to remove the dye. In addition, mitochondria can be labeled with other reporters to measure their transport along axons, such as fluorescent protein fused mitochondria targeting proteins6. In long-term tracking, several probes (i.e., NPA-TPP, 2,1,3-benzothiadiazole [BTD] fluorescent derivatives, and a specific Raman probe) showed great potential in long-term mitochondrial tracking and mitochondrial dynamics analysis23,24,25. The advantages and disadvantages of various probes can be found in the Table 1.

After mitochondrial staining, live cell imaging is performed using a microscope equipped with an incubator. To effectively focus the neurons during imaging, neural samples should be kept in the 37 °C incubator with 5% CO2 and in a humid environment for at least 15 min. To minimize the out-of-focus effects, images at different Z-positions can be taken to make a Z-stack, or the auto-focus function can be utilized. Importantly, to identify the direction of mitochondrial transport (anterograde or retrograde), phase images are taken to distinguish the neuronal cell body and axons. Another critical issue is photobleaching of fluorescent samples, which must be prevented to obtain efficient mitochondrial transport time-lapse images. An effective method to minimize photobleaching is to focus samples through the eyepiece and set all imaging parameters under the phase channel, except for exposure time. Moreover, the automatic scaling pattern can decrease photobleaching of fluorescence.

Most protocols involving mitochondrial transport analysis have used kymograms, which are two-dimensional representation of positions versus time. Multiple automated tools have been developed for the analysis of particle tracking26,30,31,32,33,34. These can accurately separate each frame. In addition to the velocity and motile percentage that ImageJ can measure, this method can measure motile events accurately. However, these are not free to use. Here, the analysis of mitochondrial transport was performed using ImageJ with the "Multikymograph" and "Macros" plugins. These plugins can effectively measure mitochondrial movement. The advantage of these plugins is their ease of use and ability to indicate alterations in mitochondrial axonal transport in the form of kymographs and velocity over time.

Motile mitochondria were analyzed in SPG3A and control neurons. A similar reduction in the percentage of motile mitochondria was observed using two different analysis methods, confirming the usefulness of ImageJ to analyze axonal transport. In addition, mitochondrial morphology can be analyzed using the same set of images, which provides important readouts for studying mitochondrial dysfunction in various neurological diseases. Since axonal degeneration and mitochondrial dysfunction usually occur during earlier stages, before neurons die, this method can be used to examine early pathological changes to help identify molecular pathways and screen therapeutics to rescue neurodegeneration.

This work was supported by the Spastic Paraplegia Foundation, the Blazer Foundation and the NIH (R21NS109837).