In vitro adherence assays can be used to study the attachment of Streptococcus pneumoniae to epithelial cell monolayers and to investigate potential interventions such as the use of probiotics for inhibiting pneumococcal colonization.

Adherence of Streptococcus pneumoniae (the pneumococcus) to the epithelial lining of the nasopharynx can result in colonization and is considered a prerequisite for pneumococcal infections such as pneumonia and otitis media. In vitro adherence assays can be used to study the attachment of pneumococci to epithelial cell monolayers and to investigate potential interventions, such as the use of probiotics, to inhibit pneumococcal colonization. The protocol described here is used to investigate the effects of the probiotic Streptococcus salivarius on the adherence of pneumococci to the human epithelial cell line CCL-23 (sometimes referred to as HEp-2 cells). The assay involves three main steps: 1) preparation of epithelial and bacterial cells, 2) addition of bacteria to epithelial cell monolayers, and 3) detection of adherent pneumococci by viable counts (serial dilution and plating) or quantitative real-time PCR (qPCR). This technique is relatively straightforward and does not require specialized equipment other than a tissue culture setup. The assay can be used to test other probiotic species and/or potential inhibitors of pneumococcal colonization and can be easily modified to address other scientific questions regarding pneumococcal adherence and invasion.

Streptococcus pneumoniae (the pneumococcus) is a Gram positive bacterium that can cause infections including pneumonia, otitis media, and meningitis. It is a major cause of disease in children in low-income countries and responsible for an estimated 800,000 deaths of children under the age of five annually1. Pneumococci are frequently carried in the nasopharynx of young children. Although this colonization is generally considered asymptomatic, it precedes pneumococcal infection and serves as a reservoir for the bacteria in human populations2. Pneumococcal conjugate vaccination effectively reduces carriage of the serotypes contained within the vaccine. However, there are over 90 pneumococcal serotypes, and vaccination can lead to serotype replacement, whereby the elimination of vaccine serotypes is followed by a rise in carriage and disease caused by nonvaccine serotypes3. Also, in some high-risk populations, pneumococcal colonization often occurs very early in life, prior to administration of the first vaccine dose4,5. Recently, the use of probiotics has been proposed as an additional strategy to inhibit pneumococcal colonization6,7. In vitro adherence assays have been used to examine pneumococcal adherence8,9. These assays have been adapted to investigate the impact of the probiotic Lactobacillus rhamnosus GG (LGG) on pneumococcal adherence10.

In addition to LGG and other lactic acid bacteria, Streptococcus salivarius, a common resident of the oral cavity, has been investigated as a potential probiotic for the respiratory tract due to its colonization potential and ability to inhibit pneumococci and other respiratory pathogens in vitro11-13. The protocol presented here describes an adherence assay used to investigate the effects of S. salivarius K12 on pneumococcal adherence to the human epithelial cell line CCL-23. Prior to use in the assay, pneumococcal isolates were evaluated for adherence capabilities, as growth and adherence properties can vary substantially among isolates10,14. Growth curves of pneumococci and S. salivarius were performed to determine mid-log phase and estimate concentration (colony forming units or CFU/ml) by optical density (OD, Figure 1). It is recommended to examine growth by viable count and OD for each isolate prior to use in the assay. This assay can be performed in any laboratory with standard tissue culture facilities and equipment. In this protocol, the effects of three doses of S. salivarius administered 1 hr prior to the addition of pneumococci on the adherence of S. pneumoniae PMP843, a serotype 19F carriage isolate derived from a nasopharyngeal swab, are examined. Two different ways to quantify adherent pneumococci are presented: plating on blood agar to determine viable counts, and DNA extraction and detection of the pneumococcal lytA gene by qPCR15. The basic adherence assay protocol can be easily modified to test different doses or time of administration of probiotics and can also be used with other bacterial strains or species.

1. Preparation of Epithelial and Bacterial Cells

Note: Media removed during this step can be stored at -20 °C for additional analyses (e.g. measurement of cytokine levels).

Adherent pneumococci can be quantified by determining viable counts (serial dilution and plating on blood agar) or by quantitative real-time PCR.

The data shown in Table 2 and Figures 4 and 5 were obtained using an earlier version of the lytA qPCR primers and probe17. The current protocol describes the updated qPCR assay.

Figure 1. Representative growth curves of S. pneumoniae PMP843 (A) and S. salivarius K12 (B). For each species, CFU/ml as determined by viable counting is shown in black (left y-axis), and optical density (OD) at 600 nm is shown in grey (right y-axis). Mid-log phase was estimated by viable counting to be 3 hr for S. pneumoniae PMP843 and 2 hr for S. salivarius K12. Click here to view larger image. 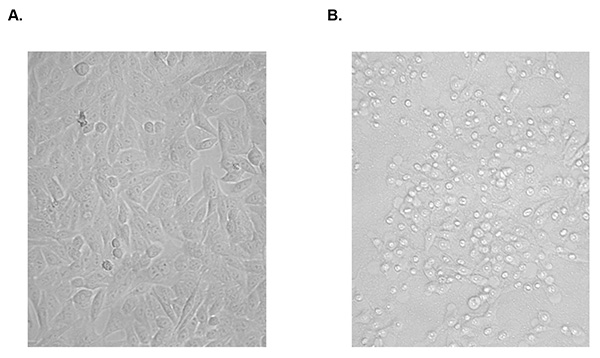 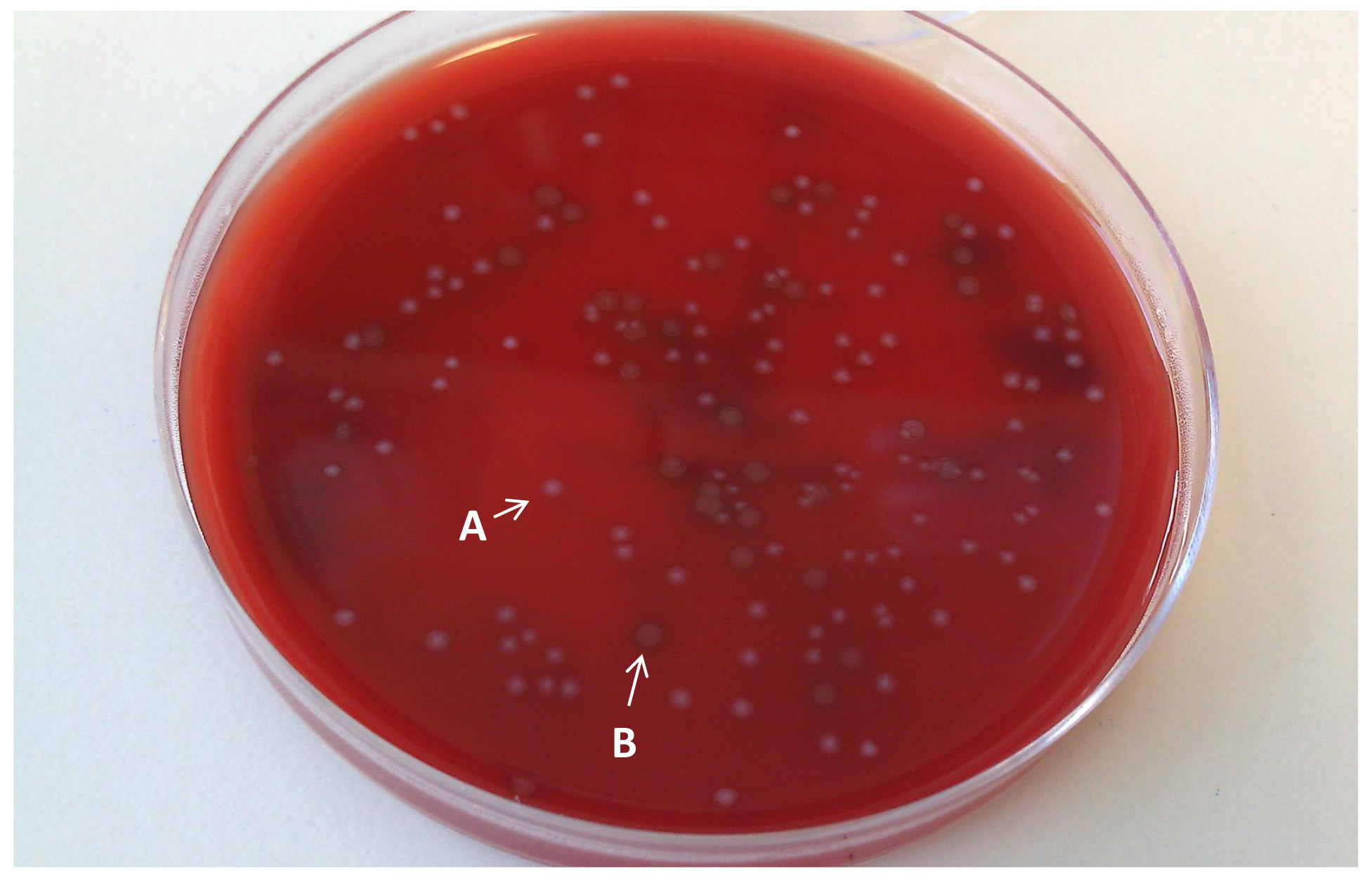 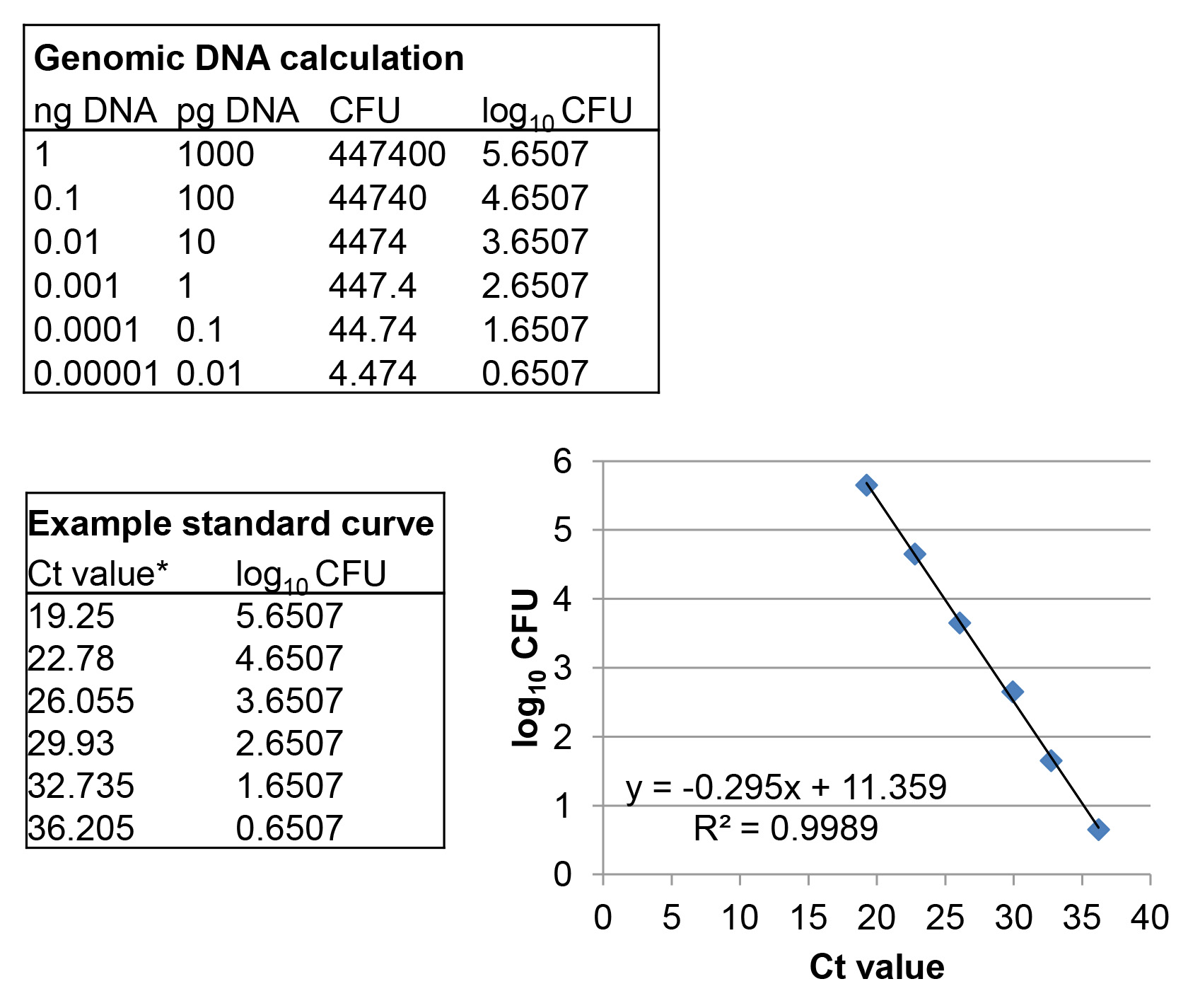 A critical portion of this assay is adding the appropriate concentrations of S. salivarius and pneumococci in sections 3.1.7 and 3.1.12. Concentrations are estimated using OD readings but the exact inocula are not determined until plates are counted the following day. For this reason, we recommend performing growth curves to measure OD and viable counts (CFU/ml) over time for all bacterial strains used in the assay to identify the mid-log phase and assist in estimating concentration by OD. Additionally, pneumococcal strains can differ substantially in their adherence properties. Strains with good adherence (>10% of inocula adhering to epithelial cells after a 3 hr incubation) are recommended for assays investigating the ability of probiotics to inhibit pneumococcal adherence. Even when performed by an experienced operator, adherence levels can vary assay to assay, as evidenced by the relatively large error bars seen in Figure 5. For this reason we recommend a minimum of three repeats for each experiment, with duplicate wells for each assay condition. Similar variability has been reported in adherence assays using Escherichia coli18. In this protocol, cells are incubated for 3 hr following the addition of pneumococci. The incubation time may be shortened if adherence time course experiments are performed and show that the majority of bacteria adhere during the first hour of incubation.

This protocol presents two methods for quantifying pneumococcal adherence, qPCR and viable counting. Both methods are suitable, and the choice depends on the operator's preference and available lab equipment (e.g. access to a real-time PCR machine). Quantification by viable counting is a low-cost method that does not require additional reagents or a real-time PCR machine. However, it uses many plates (typically 80 plates for a 12-well assay) and must be performed immediately at the end of the assay, and counting pneumococcal colonies can be difficult on plates that contain a large amount of S. salivarius. Quantification by qPCR is more expensive and requires a lengthy DNA extraction step, but samples can be stored frozen and processed in batches, increasing efficiency. The extracted DNA could also be used for other purposes, such as qPCR detection of adherent S. salivarius. If investigating S. salivarius adherence, it is recommended to include wells with CCL-23 cells plus S. salivarius (without pneumococci) and wells with CCL-23 cells plus S. salivarius and heparin as additional controls.

The basic assay can also be adapted to investigate other scientific aspects of colonization. For example, the effect of probiotics on cytokine production can be assessed by storing and assaying cell supernatants. The assay can also be modified to examine bacterial invasion rather than adherence by incubating cells with cell membrane impermeable antibiotics to kill extracellular bacteria prior to harvesting and lysing cells. As described here, the assay does not distinguish between adherent and invasive (internalized) pneumococci. However, previous studies have found the levels of internalized pneumococci to be very small (typically ≤0.01% of inocula)10 so for most isolates (including PMP843), the vast majority of cell-associated pneumococci are adherent rather than internalized. Additional applications include testing other probiotic species for the ability to inhibit colonization, and/or looking at mutant bacterial strains to investigate the role of specific genes of interest.

An obvious limitation of this in vitro assay is that it does not include an established epithelium, immune cells, normal flora, or other factors that likely influence pneumococcal colonization in vivo. To fully evaluate whether probiotics could be useful in preventing pathogen colonization in the respiratory tract, in vivo studies using animal models and human clinical trials are warranted. Nevertheless, in vitro adherence assays serve as a useful screen for identifying probiotics with the potential to inhibit pneumococcal adherence and can provide information on preferential dosing strategies, as well as providing an experimental model that can be used for mechanistic studies.

This work was supported by funding from the Murdoch Childrens Research Institute and the Victorian Government’s Operational Infrastructure Support Program. 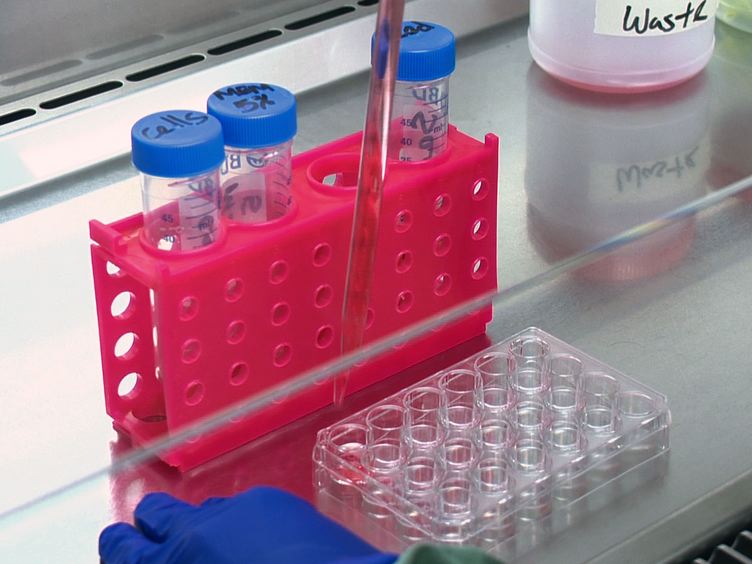